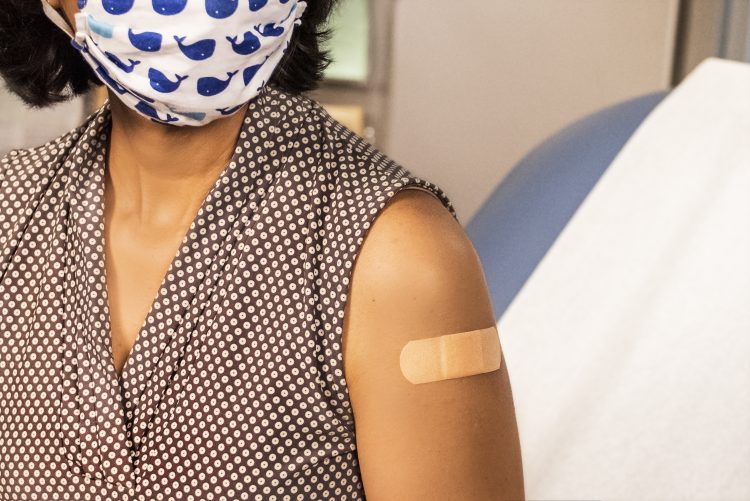 Photo by CDC on Unsplash

When should mandatory vaccination be on the agenda?

However, there was no recommendation for a vaccination mandate for disability care workers, although they are “strongly recommended” to be vaccinated, he said.

There is no doubt that making vaccination mandatory is effective, write Dr Stephen Duckett and Anika Stobart, from the Grattan Institute’s Heath Program, in the article below (published originally at John Menadue’s Pears and Irritations and republished with permission).

However, mandatory vaccination is not a legitimate political ‘get out of gaol free’ card for Australia’s poor vaccination rollout to date, and should only be contemplated after supply and distribution issues have been resolved and other ethical challenges addressed, they say.

The Community and Public Sector Union of NSW has said that any mandatory COVID-19 vaccinations in the disability care sector must come with vaccine leave and support for what is already a low-paid and undervalued workforce.

In a statement ahead of the National Cabinet meeting today, the union said worries about missing shifts due to any mild side-effects as well as confusion about AstraZeneca had slowed the uptake among the workforce.

“The disability workforce needs to know if they need a day off to get the jab, or some time to recover from any mild side effect, they won’t miss out on a day’s pay,” said Stewart Little, CPSU NSW general secretary,noting the union had been calling for a comprehensive vaccination for disability support workers since February.

Back in August 2020, when announcing that Australia had negotiated a deal to procure supplies of coronavirus vaccines, the Prime Minister was quizzed by Melbourne radio commentator Neil Mitchell about whether vaccination should be compulsory.

The PM hedged his bets – he would ‘expect it to be as mandatory as you can possibly make [it]’. Fast forward almost year and national cabinet recently started down the compulsion path – mandating vaccinations for residential aged care workers.

The aged care worker decision may have been designed to distract political attention from the failure of the Federal Government’s rollout of vaccines to that group. Despite Health Minister Greg Hunt promising that aged care residents and their carers would be vaccinated by March, only about one third of aged care workers are currently vaccinated, leaving unvaccinated residents at risk.

But mandating vaccinations for aged care workers raises the question: Should compulsion should stop there?

But unfortunately for their case, Mill’s principle gives government a let out – ‘That the only purpose for which power can be rightfully exercised over any member of a civilised community, against his will, is to prevent harm to others.’ Maybe Mill was thinking of vaccines in this phrasing, given that a vaccine against smallpox had been invented 60 years earlier.

The contemporary evidence appears to be that vaccines indeed reduce the risk of transmission of coronavirus to others, hence government intervention would be justified even in Mill’s terms.

There is no doubt that making vaccination mandatory is effective.

For example, mandatory employer schemes for influenza vaccinations have increased uptake substantially. Employers can and do make vaccination a condition of employment. In Australia, some healthcare workers are already required to have proof of vaccination against a number of preventable diseases.

In NSW, for example, front-line health staff must show evidence that they are vaccinated against measles, diphtheria, tetanus, pertussis (whooping cough), and varicella (chickenpox). Annual flu vaccines are also mandatory for staff in high-risk settings, for example intensive care and oncology wards.

Recently, a large provider of aged care (TLC Healthcare) introduced mandatory vaccination for all staff, resulting in full vaccination of all its workers by the end of April 2021. Of 1,800 staff, 8 opted to cease their employment.

Australia’s COVID vaccine rollout has been a train wreck – poor purchasing decisions, poor logistics and distribution, and poor messaging. As a result, Australia is at the bottom of the developed world league table in terms of proportion of the population vaccinated. However, mandating vaccinations is not a legitimate political ‘get out of gaol free’ card for this litany of failure.

Mandatory vaccination should only be contemplated after supply and distribution issues have been resolved – it would be unethical, for example, to penalise a worker in a rural aged care facility if there were no place for them to obtain their vaccination within reasonable proximity, and an on-site vaccination program had not been organised.

Mandatory vaccination poses ethical challenges because it interferes with people’s autonomy to make decisions about their own bodies. Adding a vaccination requirement for employment may also drive staff to quit their jobs – although the TLC Healthcare experience cited above suggests this adverse impact may be minimal.

If applied too broadly, compulsion could be counter-productive, driving up vaccine hesitancy through encouraging the anti-vax movement, as people become suspicious and fearful.

Compulsion should be used as a last resort, not to cover up policy failures. It should be limited to where protection is needed most, including protection for the most vulnerable.

While population vaccination rates are low, governments should mandate vaccination for frontline quarantine workers, including those responsible for driving arriving passengers and crew to quarantine facilities.

Beyond that, mandatory vaccination should only be required for workers where:

Compulsion is only legitimate if reasonable steps have already been taken to build vaccination rates in the relevant group voluntarily, making the vaccine easily accessible including free transportation if not provided on site or locally, ensuring people are entitled to sick leave if they suffer side-effects, communicating the safety and efficacy of the vaccine, and providing support for people who want it as they weigh-up their decision.

National cabinet should extend mandatory vaccination to all aged care workers, hospital staff, disability care workers, prison workers, and teachers, once all these other steps have been taken. Compulsion should be a last resort not a way for the Government to distract from its failures.

PrevPreviousHeal Country – a timely call for action and justice
NextIf this is for public health, why does it feel like profiling?Next