In the United States, calls to the National Suicide Prevention Lifeline have reportedly jumped following the deaths by suicide of fashion designer Kate Spade and chef Anthony Bourdain.

Jaelea Skehan, director of the Newcastle-based Everymind, which works to prevent mental ill-health and suicide, provides some timely advice in the article below for having conversations around suicide.

The suicide death of two international celebrities has sent shock waves through our communities again in the past week.

But for many individuals, families and communities this is not a new feeling. It is merely a feeling that is amplified with media attention and shared grieving on social media.

With about 2,800 people taking their lives each year in Australia and a conservative estimate of 65,000 suicide attempts each year, that is tens of thousands of families and community networks impacted each and every year.

Many are impacted by multiple and overlapping ripples of impact. These ripples do not just fade into insignificance, but the impacts are felt long into the future, with each ripple adding a new layer of emotional complexity.

And often, that impact is devastating. More like a king tide than a ripple for those in its direct path.

Is this because of the stigma still attached to suicide? Possibly. Is it because they don’t think it is an experience requiring support? I doubt that.

The most common reason that I have heard is that people just don’t know what to say. They don’t want to say the wrong thing, so instead they say nothing. But the very act of staying away can reinforce the isolation, stigma and shame that the person may already be feeling.

I believe that we have media guidelines for reporting suicide for very good reason. And when it comes to reporting celebrity suicide those should be followed even more closely, because the impacts are real.

But that does not mean we want our community, our people, to stay silent. We need to empower them to have the conversation.

Because losing someone to suicide should not be met with silence from those around us.

So for those who perhaps are still worried about saying the wrong thing, here are some tips I’ve taken from the Conversations Matter resources to get you started:

They say silence is golden. Not in this case. What is golden is the ability to reach out to those around us affected by the ripples of suicide. 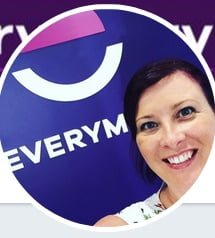 To find out more about how to discuss suicide – visit www.conversationsmatter.com.au

For a list of agencies and resources to support the community in Australia, visit www.lifeinmindaustralia.com.au

Useful services for those impacted by suicide in Australia:

Suicide Call Back Service – 1300 659 467 or www.suicidecallbackservice.org.au

Visit your GP and/or find a psychologist through www.psychology.org.au

• This article was first published at Linkedin and is cross-posted here with the author’s permission. 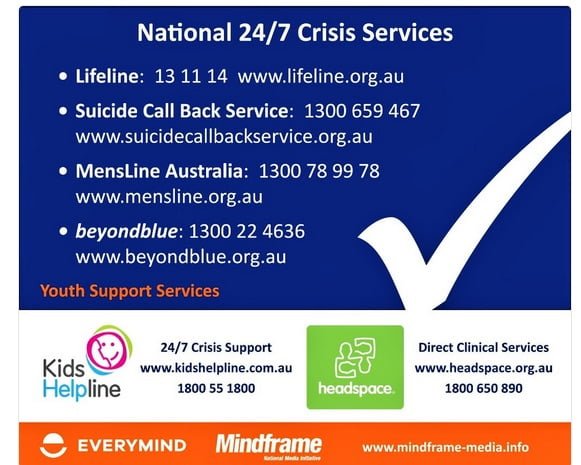