When the bushfire smoke clears, who will step up for action on climate change?

The effects of the bushfires now causing so much trauma in south-eastern Australia will be felt for years to come. They will be felt by so many people, so many communities, and in so many ways.

The evidence suggests that these sort of extreme events are going to become more common and more devastating as the effects of climate change escalate.

(New Scientist cites a prediction from the Intergovernmental Panel on Climate Change that in south-eastern Australia, the frequency of days when extreme fire danger threatens will increase by up to 25 per cent by 2020, and up to 70 per cent by 2050 – though the report doesn’t give the baseline figures).

Perhaps 2013 will be the year when concerned citizens engaging with social media and other avenues can help to create a more constructive public discussion about climate change – beyond the futile, pathetic political point-scoring and false controversies that are way too common.

Perhaps it will be the year when concerned citizens make headway in holding to account the media, the politicians, and the fossil fuel industry, and in engaging the wider community in effective ways forward.

As health leaders and organisations start work on their election wish lists, perhaps they will prioritise sustainability and action on climate change.

Perhaps they will also become more proactive in countering climate change denialism, which the author George Monbiot described in an article in The Guardian this week, as “almost a national pastime in Australia”.

Monbiot, who said our “terrible weather is a warning of much worse to come”, described the powerful vested interests opposing action on climate change in Australia, as well as noting that Australians now burn, on average, slightly more carbon per capita than the citizens of the United States and more than twice as much as the people of the United Kingdom.

“Taking meaningful action on climate change would require a serious reassessment of the way life is lived there,” he said.

Meanwhile, in the US, which experienced 11 natural disasters in 2012, its warmest year on record, the editors of the MIT Technology Review have published an open letter to President Obama, arguing that addressing climate change must take top priority in the next four years.

They urge the President to be straight with the public about the need to transform the energy system “to avoid the most catastrophic effects of global warming”. They say:

“This is a deeply unpalatable political message. It means immediate spending and economic sacrifice by present-day voters in order to achieve benefits that will be realized decades from now. And it must be done while millions of Americans are still skeptical that global warming is taking place or that it is caused by human activity. But as extensive and exacting analyses over the last decade have shown, we can no longer wait without risking dramatic upheavals in global security and the health and welfare of hundreds of millions of the world’s inhabitants.

… You have the power and the opportunity to lay the groundwork for a new clean-energy policy that will help us avoid the worst consequences of climate change. It is quite possible that if this is not done over the next four years, it will be too late.”

When the smoke finally clears in Australia, perhaps we will contemplate the advice of a senior editor at Time magazine, Bryan Walsh, who wrote in an article titled 2012 was the hottest year in US history. And yes – it’s climate change:

“The problem is that we tend to gawk at these temperature extremes, or at multibillion-dollar storms, then shrug and go back to our daily business. That shouldn’t be an option anymore.”

As New York Mayor Michael Bloomberg said in the wake of Hurricane Sandy, the climate is changing and leaders have a responsibility to act.

And so do we all. 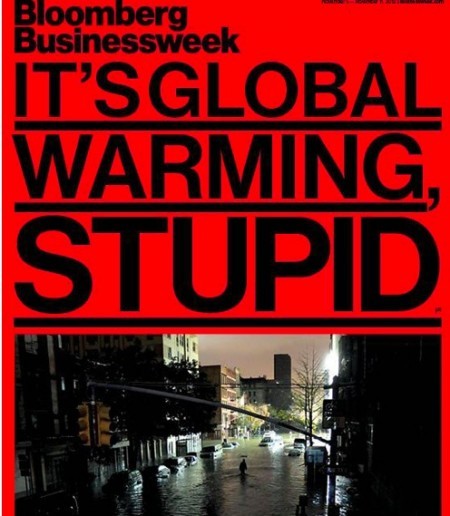 Further reading (these links were updated on 10 Jan)

• In The Age, journalist Chris Hammer writes that Australia can expect more deaths from natural disasters as the climate becomes more volatile. Those exceptional days that once came every decade or two, will now occur much more often.

• This article at EcoWatch (self-described as a “news service promoting the work of more than 1,000 grassroots environmental organizations, activists and community leaders”)  links to recent reports including:

Turn Down the Heat: Why a 4°C Warmer World Must be Avoided – This report is a snapshot of the latest climate science prepared for the World Bank by the Potsdam Institute for Climate Impact Research (PIK) and Climate Analytics. It states that the world is on a path to a 4 degree Celsius (4°C) warmer world by end of this century and current greenhouse gas emissions pledges will not reduce this by much.

World Meteorological Organization Report – This report states that the amount of greenhouse gases in the atmosphere reached a new record high in 2011. Between 1990 and 2011 there was a 30 percent increase in radiative forcing—the warming effect on our climate—because of carbon dioxide and other heat-trapping long-lived gases.

Emissions Gap Report 2012 – This report from the UN Environment Programme identifies a huge gap between current pledges to cut polluting greenhouse gas emissions for 2020 and the benchmark of 44 gigatonnes that offers a credible pathway to staying below 2°C.

Global Coal Risk Assessment – World Resources Institute analyzes information about proposed new coal-fired plants and other market trends in order to assess potential future risks to the global climate. The report finds that there are 1,199 new coal power plants in the works, totaling more than 1.4 million megawatts of capacity worldwide. That’s four times the capacity of all the coal-fired power plants in the U.S. Seventy-six percent of the coal plants are proposed for India and China, with the U.S. seventh in the world for coal power plants in development.

National Snow and Ice Data Center Announcement – This announcement stated that the Arctic sea ice cover was at its lowest level since the satellite record began in 1979.