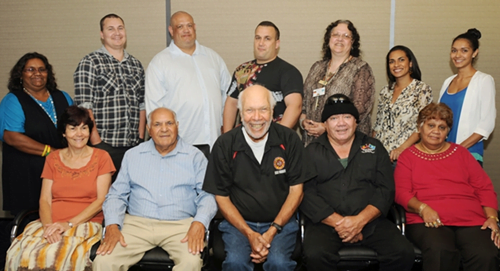 This week’s episode was focused on the south-western Brisbane suburb of Inala, raising concerns about the “chronicling of Indigenous despair” for Dr Chelsea Bond, a Munanjahli and South Sea Islander woman, a Senior Lecturer with the Aboriginal and Torres Strait Islander Studies Unit at the University of Queensland, and local resident.

She wrote: “Each time we open up our wounds for public consumption, even when those wounds are not self-inflicted, they are seen as evidence of our incapabilities.”

The strengths of the community in the face of structural discrimination and racism are clearly evident in Marie McInerney’s report below from the recent National Health and Medical Research Council symposium on research translation, co-hosted by the Lowitja Institute in Brisbane.

Inala GP Dr Geoff Spurling, a non-Indigenous doctor and researcher, explains why he believes that funding bodies and policy makers should prioritise funding and support for Aboriginal and Torres Strait Islander researchers.

The failings of the adage ‘doctor knows best’ really hit home for non-Indigenous GP and researcher Dr Geoff Spurling when he set out to identify health priorities for Aboriginal and Torres Strait Islander people in suburban Brisbane.

Spurling told a recent conference that he should have known better but he had expected a discrete biomedical issue like cardiovascular disease, diabetes, or even dental health to emerge as a single priority from his research at the Inala Indigenous Health Service.

Instead, his consultations with community members in Inala identified much deeper themes about community strength and complex inter-related and intergenerational social, cultural and environmental determinants of health, including racism, trauma and grief.

They also revealed ambivalence about the relevance of annual Aboriginal and Torres Strait Islander health assessments that are designed to identify risk factors, chronic diseases and implement preventive health measures, with one community member commenting:

“I’m not sure whether it paints a really honest picture of exactly where my health’s at. I think that [it] probably can go a bit more in depth.” [Edward]

It was all a big wakeup call which led Spurling to see his own privilege – as a white, male doctor – as a “learning disability” and to a recommendation in his PhD that funding bodies and policy makers need to give priority to Aboriginal and Torres Strait Islander researchers to conduct and lead health research concerning Indigenous people.

The work has also led to changes in the health assessments that go beyond asking standard health data and look to find out what patients are going through in their lives.

“I was embarrassed or astounded or both, that as a doctor who had been working in this area for eight or nine years, I really failed to predict the health priorities of the community,” he told the symposium.

As a PhD student, I really wanted to move onto my next chapter and work out what the ‘one thing’ was going to be, but it wasn’t one thing.

No matter how hard I tried to pin people down to one thing, which I look back on with a bit of shame, it was this cycle of intergenerational issues that had come down from colonisation and ongoing colonisation.”

That also hit home when one of his community consultants, a local Elder, ran late for a presentation one day because she had been stopped twice on the way by police. Spurling realised in all the years he had been working in the area, he’d never once been pulled over.

Altogether, it reinforced for him the risk that investigator-driven research not conducted in consultation with the community “may waste resources, misinterpret priorities, or worse represent an extension of colonial control causing further trauma”.

“Hearing it in my heart, instead of my head”

Spurling told the conference that the Inala Indigenous Health Service, headed by Wakka Wakka and Kalkadoon doctor and researcher Dr Noel Hayman, had been carrying out annual Aboriginal and Torres Strait Islander health checks since 2004.

It had developed rich computerised data that had the potential to fill gaps, identified in 2010 research led by Professor Sandra Eades, about the health of the 53 per cent of Aboriginal and Torres Strait Islander people who live in urban areas.

One of his PhD supervisors – Dr Chelsea Bond, a Munanjahli and South Sea Islander woman and a Senior Lecturer with the Aboriginal and Torres Strait Islander Studies Unit at the University of Queensland, where he also teaches – suggested he ask key Inala community representatives what they thought the priorities should be.

“How radical was that!” he laughed, admitting he had to be “dragged kicking and screaming” into qualitative research.

But he said it turned out to be one of the best things that ever happened to him.

First up, the research required approval from Inala’s Community Jury for Indigenous Health Research, the first research jury to be established in Australia, set up in 2010 to ensure Inala undertakes health research “that is ethically sound, culturally appropriate, and locally supported using a safe, meaningful, equitable and transparent process”.

It was also situated in the transformative paradigm, which assumes that knowledge reflects power and social relationships within society and seeks to improve the social world by privileging oppressed peoples’ voices, rather than silencing or overlooking them.

As important, his meetings with 21 key informants from the local community got him out of the clinic and into homes and local services to which he had been referring patients but had not had the chance to visit in the years he had been working there.

And they gave him the time and opportunity to hear stories, outside of the doctor-patient setting, about people’s lives, the grief they were experiencing, the funerals they were attending, to hear about their lives more in his heart than in his head.

“Obviously it’s opened my eyes to the importance of social determinants, which I probably would have known intellectually beforehand but to actually hear it so clearly and confrontingly, it’s changed the direction of my own research,” he said.

He worries that it’s a perspective that gets “trained out” of doctors as they learn the whole biomedical language and become fascinated by their power to be able to treat or cure some illnesses, forgetting about all the other things that can contribute to health.

“That then is problematic because as doctors we have a lot of power politically and so our peak bodies will lobby for more of funding for emergency departments and reducing elective surgery waiting lists and things like that, but that might drown out calls for money to be put into social determinants,” he said.

“Not just the absence of disease”

Spurling told the conference his informants for the project had given authoritative accounts of how social, cultural, and environmental determinants impacted on their lives, which were also consistent with the Aboriginal and Torres Strait Islander definition of health – that is not merely the provision of doctors or absence of disease.

He shared some of the themes and comments that had emerged:

“There was something strong about the community that I think was a protective factor.” [Olivia]

“We weren’t rich, we weren’t really wealthy, we were average . . . but I had that support from my family as well . . .that’s why we graduated.” [Grace]

“You give a man a job, he can afford housing, he will no doubt want to look after himself, and he then changes himself as a role model for his children. The health in that is massive. Massive.” [Lily]

“I’ve been pulled over [by police] and spoken to like I’m nothing, I think that impacts especially on young people.” [Noah]

Institutional racism came up a lot, around interactions with Centrelink, housing providers, the Department of Child Safety and police.

And Spurling felt shame when he realised the impact when people joked about or stigmatised suburbs like Inala, which had a lower socio economic profile. He didn’t think he’d necessarily made those sorts of comments himself, but felt he hadn’t called them out enough.

In such an environment of racism and stigma, many of Spurling’s informants were worried about the mental health issues that went undiagnosed in the community and what risks that meant, particularly for young people whose future job or education prospects were bleak.

“If I had to put one at the top of the list, it would have to be mental health because it’s really a silent killer,” said one.

As a result of the research, Inala has introduced additional questions in its health assessments, known as the “negative life event scale”.

It now asks a number of questions about people’s experiences of unemployment, crowding in their house, experiences of racism and grief, relationship breakups, gambling, and so on, as well as about community activity, education and other possible protective factors. 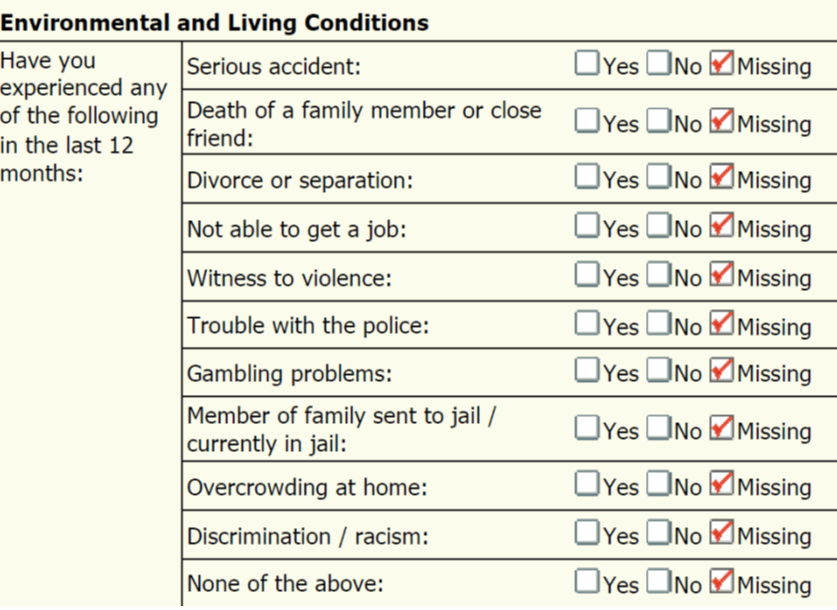 Spurling says he benefited enormously through the research from having a good supervising team, including Bond. “She’s got enormous cultural knowledge and really fantastic research skills and that combination was just invaluable in an advisor,” he said.

However, he says he still struggles to “escape” his identity and relative privilege, which he regards as presenting a “deep-seated impairment” to his practice and research.

“I talk about this in the PhD… as a learning disability, so for a long time I was talking to my patients but it was like we were talking past each other, almost with a different language.”

Spurling writes in his PhD:

Therefore, he recommends, funding bodies and policy makers need to give priority to Aboriginal and Torres Strait Islander researchers seeking the resources, training, and funding to conduct and lead that work.