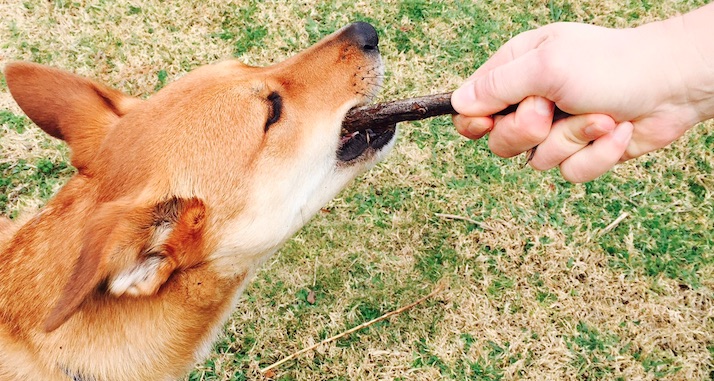 Where are the interests of patients and the community in the private health sector’s tug-of-wars?

The tug-of-war between the health fund Medibank Private and the Calvary hospital group – precipitated by the fund’s plans to stop covering these 165 adverse events – may prove to be a catalyst for wider action.

In the first article below, Leanne Wells, CEO of the Consumers Health Forum of Australia, says that “it is time to examine and re-think the role and place private health insurance should play in the overall health system”.

She says: “We have a system that while lucrative for providers, is a mystery maze to most consumers, can become a source of acute anxiety for those seeking prompt treatment and costs taxpayers and consumers $20 billion a year.”

In the second article, Chris Davis, a senior geriatrician and one-time Queensland assistant minister for health, and current executive member of the Australian Doctors’ Fund, suggests there are more effective ways to reduce adverse events than through such punitive measures.

Health fund fight another symptom of need for deeper diagnosis 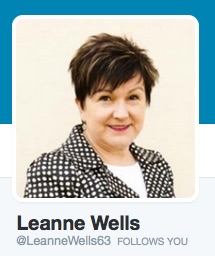 The CEO of Ramsay Health Care, Australia’s largest private hospital company, Chris Rex, had a comforting message for his shareholders when he announced a 21.3 per cent rise in half-year net profit earlier this year.

Those words may be of little comfort to health fund members, confronted every year with increases in premiums driven by rising costs and utilisation of hospital care.

It is against this background of buoyant conditions for private hospitals and their specialists that the biggest health fund, Medibank Private, got locked in a dispute with one of the larger hospital groups, Calvary.

At the time of writing, the dispute appeared close to settlement but it has stirred speculation of a future where health funds assume tighter control over clinical decision-making.

The dispute is over Medibank’s proposal to seek new requirements with Calvary, which would result in withdrawal of payments by the fund for any members’ treatment resulting from avoidable medical mistakes in Calvary hospitals. The dispute comes amid contract negotiations that also set the level of payments the fund will pay on behalf of member patients to the hospital.

Medibank counters that such adverse events would encourage safer care but at relatively minor cost to the hospital. One estimate Medibank reveals is that out of Calvary hospitals’ total 30,000 admissions a year, just 200 patients cases would be affected.

The complex relationship between health insurance and private health care providers is once again on display. And consumers are once again inevitably caught in the middle. A “Game of Thrones” and a “tug-of-war” was the way the Health Minister, Sussan Ley, put it.

The Consumers Health Forum view is that the strains on the health system and the arcane web of health insurance requirements which sit atop the already complex nature of health care have reached an unsustainable point.

We think that given the annual above-inflation premium increases of the past decade it is time to examine and re-think the role and place private health insurance should play in the overall health system.

We’ve said repeatedly that there are strong grounds for a Productivity Commission inquiry into private health insurance and its implications for the health system.

Nevertheless we support in principle the thrust of the Medibank attempts to spur quality and safety for patients. Any funder – be they private or public – needs to get value for money. Quality and safety is critical.

However, the unilateral listing of 165 adverse events appears to be somewhat pre-emptive although Medibank says it has been accepted by 40 other hospitals. But of itself, the list is a significant step towards much-needed transparency in health care costs.

For an arrangement that can cost a typical family more than $4,000 a year, health insurance and what it actually covers remains a mind-numbingly intricate product bedevilled by ever-changing conditions and small print. Despite these difficulties many low and middle-income households struggle on to keep their health insurance.

A recent surge in complaints to the Private Health Insurance Ombudsman highlights a fundamental flaw of the current system concerning the incentive driving many people to take private cover in order to avoid public hospital delays.

It’s a development that has had the effect of undermining a central argument for the $6 billion health fund rebate — that it would reduce pressure on public hospital.

Complaints to the Ombudsman in the June quarter rose 30 per cent compared to the same period last year. A notable concern complainants voiced was by those who had purchased cover for private treatment in public hospitals, in the misapprehension that this would reduce delays in elective treatment.

There is a widespread belief that private insurance status reduces delays for surgery in public hospitals, a view possibly fuelled by the efforts of public hospitals to attract fee-paying private patients.

The Ombudsman says some consumers were “clearly misadvised” and points out the funds should be telling customers that such policies do not help avoid public hospital waiting lists.

The nature of the Australian health insurance and private hospital scene indicates that market forces show little sign of driving a simpler, clearer proposition for consumers. There are an estimated 40,000 different health insurance policies and the ordinary person struggles to choose among the mire of exclusion clauses, waiting periods and claim limitations on offer.

So, we have a system that while lucrative for providers, is a mystery maze to most consumers, can become a source of acute anxiety for those seeking prompt treatment and costs taxpayers and consumers $20 billion a year.

Are we getting value for money? And is it good for our health?

Promote a culture of safety rather than punishment

Medibank Private Limited’s policy which aims to not reimburse 165 hospital acquired adverse events is being touted as a safety and quality improvement initiative. Like other healthcare strategies, it should be assessed for both benefit and harm, stated and otherwise.

The purported purpose of this non-payment strategy is to discourage and so reduce hospital adverse events, such as infections. Of note, the need for hospital care rises with age, largely due to the emergence of a range of multi-morbidities, and their sequelae. Despite advances in medical science, these remain as inevitable as our mortality.Many of the complications for which payment will be refused are far more likely to be due to age-associated biological fragility and unpredictability than departure from good clinical practice.

For example, the risk of infections in adults rises with age due to decline in most components of our complex immune system. This significantly increases the risk of post-operative infections, such as pneumonia, in older persons. Costs associated with such infections can be very high, especially if intensive care is required. These non-recoverable costs could exceed income from the original treatment several times over, effectively obliging for profit and not for profit hospitals to decline high-risk patients.

Another problem with a punitive non-reimbursement strategy quality is lack of evidence that it improves patient outcomes. Reviews of a similar no pay policy in the USA have shown no demonstrable benefit in terms of infections or other adverse events, and instead there is concern about perverse outcomes such as limiting access to necessary care.

Those involved in quality hospital practice recognise that health care teams want to avoid harm to their patients for powerful reasons ranging from the humane through to professional excellence. Amongst punitive measures, disciplinary and legal sanctions are of far greater concern than non-reimbursement.

Accordingly, best practice in improving patient safety does not incorporate punitive measures and instead promotes a culture of safety, appropriate use of technology, and simulation to ensure that harmful events do not reach the patient.

These are complemented by the judicious use of clinical guidelines that help minimize risk of adverse events such as infections, thrombosis and falls, at the same time recognizing that biological complexity limits their effectiveness.

The inevitable question is why persist with an intervention that is empirically flawed, lacks evidence of improving patient care, and yet may result in perverse outcomes for patients.

The answer may have more to do with cost shifting than patient safety. There are valid concerns around the need for the nation’s health system to adapt to our changing demographics and ensure that the finite health dollar is spent wisely.

However, obliging non-government providers to restrict access for high risk privately insured patients would not diminish the need for appropriate clinical care. It will simply shift their costs to the provider of last resort -the already burdened state public hospitals.

Private health cover offers Australians who can afford it choice of provider for when they need it. Lifetime cover and community rating obligations exist to ensure that policyholders can’t be dumped when longevity confers high clinical risk.

Indirectly restricting access to the provider of choice using an unreasonable and poor practice policy can achieve the same short-term outcome, however damaging it may be to the long-term interests of policyholders, shareholders, and the common good.

• Chris Davis is a senior geriatrician and one-time Queensland assistant minister for health, as well current executive member of the Australian Doctors’ Fund.

PrevPreviousOne leader has stepped up to debate drug law reform. Will others?
NextReforming fee-for-service medicine – 7 recommendations for changeNext