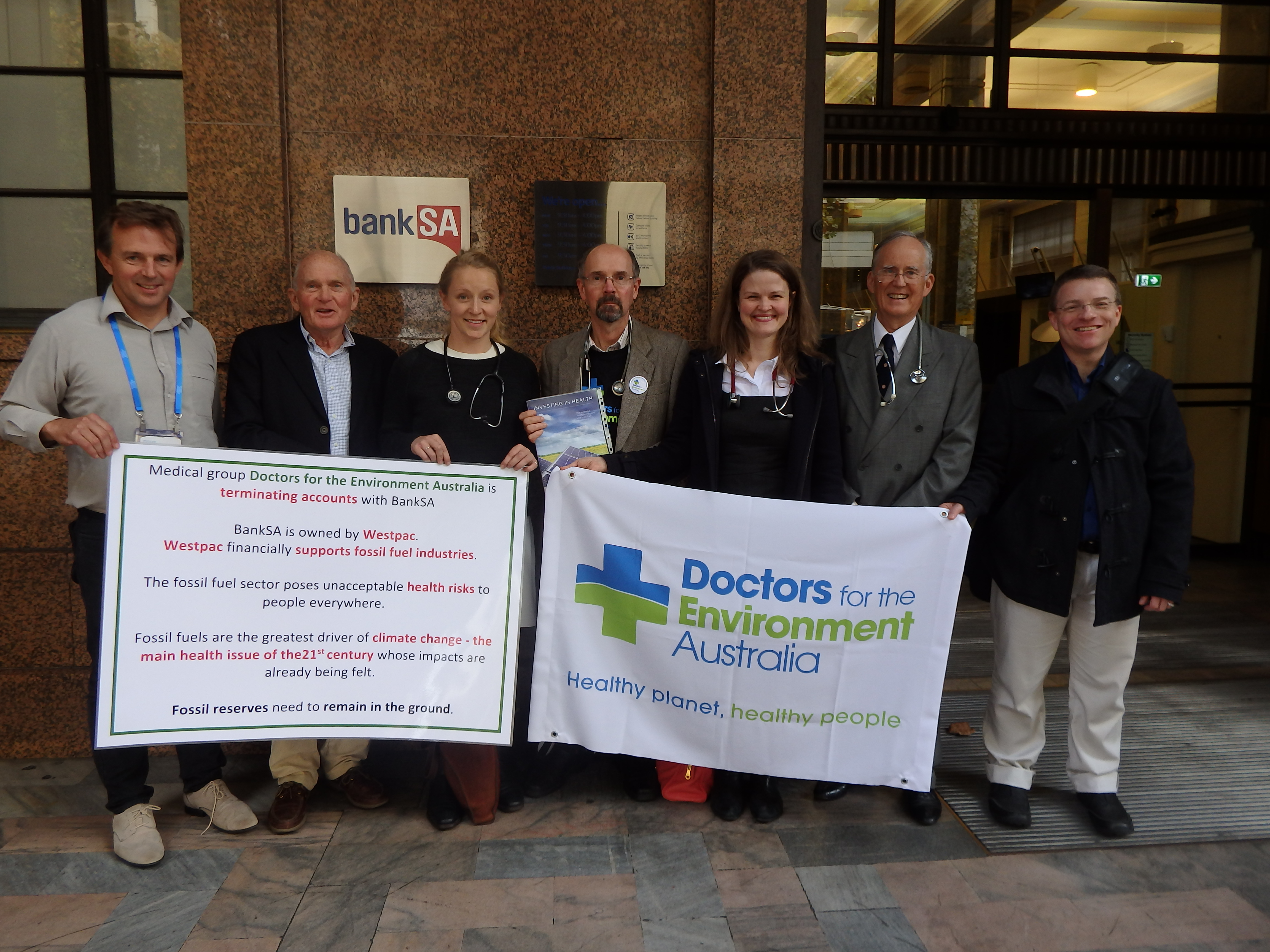 Doctors calling on other health professionals to join the divestment movement

Where does your bank stand on fossil fuels? A call for health professionals to divest

Climate change is one of three “slow-motion disasters” shaping the global health landscape, together with the rise of antimicrobial resistance and non-communicable diseases, according to the World Health Organization’s Director General Dr Margaret Chan.

“These are not natural disasters,” Chan told the 69th World Health Assembly in Geneva this week.

“They are man-made disasters created by policies that place economic interests above concerns about the well-being of human lives and the planet that sustains them.”

Meanwhile, two members of Doctors for the Environment Australia – public health physician Dr Douglas Shaw and neurologist Professor John Willoughby – explain below why the DEA has closed its account with the Bank of South Australia.

And they urge Australian health professionals to move their money out of fossil fuels and invest it in sustainable industries.

Divestment is dis-investment: the deliberate movement of money away from a particular asset class to starve it of life.

Divestment activities from coal, oil and gas range from the $900 billion Norwegian sovereign health fund, the $4 billion dollar Rockefeller Foundation, through to major divestments by universities, health and medical organisations and individuals.

Medical group Doctors for the Environment Australia has been a leading organisation in the growing fossil fuel divestment movement, and last week (18 May), closed its bank accounts with the Bank of South Australia.

Although BankSA has no direct investments or loans with the coal, gas and oil sector, our action diminishes this financial institution’s contribution of profits to its parent company Westpac – a significant contributor of loans and investment for the fossil fuel industry.

Production and consumption of fossil fuels is the leading contributor to rising world temperature leading to climate change.

Australia has good infrastructure and good capacity to help our fellow citizens. In heavily populated developing countries, famine, civil disruption, mass migration are long term consequences of what in Australia will be found to be severely challenging. Inevitably, though, in a globally connected world, we are not immune to these challenges.

A recent report from Doctors for the Environment Australia and the Climate and Health Alliance describes our response to climate change as the defining health issue of the 21st century.

The report encourages health professionals, health organisations, and super funds to divest from unhealthy investments and to re-invest in healthy alternatives.

Health professionals have a duty of care to protect human health, and prior to fossil fuels we have divested from tobacco, arms, gambling and alcohol.

It was doctors who first responded to the evidence connecting smoking with lung disease and cancer. The effectiveness of the anti-smoking campaign was in part due to the contributions of groups of health professionals who insisted, for example, that their superannuation funds did not support tobacco industries.

Perhaps the best-known example of the power of divestment was the breaking of apartheid politics in South Africa. Years of logical, ethical and judicial argument counted for little until the squeeze of investment withdrawal changed the political dynamic.

The evidence that fossil fuel investment contributes to ill-health is compelling.

Bank SA is owned by Westpac, who since 2008 has lent almost $6 billion to the Australian fossil fuel industry.

While Westpac’s Chairman has recently acknowledged the need for action on climate change, the continued investment in new fossil fuel projects does not demonstrate the concrete action needed.

This action is urgent, as it is clear that most of the world’s known fossil fuel reserves must remain in the ground if we are to have any chance of achieving the global aspiration set out in the recent Paris climate change meeting to limit temperature rise to 2 degrees C.

There are well documented concerns that investments in fossil fuels are risky, with market value in some sectors falling significantly.  The global decline in their price is considered by many analysts to be a structural, rather than cyclical.  Studies also show that investment portfolios free of fossil fuel investments tend to track non-divested portfolios closely in terms of return, and can sometimes outperform them.

Businesses are well known to have a statutory obligation to maximize profit. This is undoubtedly seen as a justification for pursuit of maximum profit by all legal means.

The challenge is to break the chain leading to more global warming which, if left uncontrolled, will have terrible implications for all of us on this planet.

Our politicians have largely failed us, driving concerned citizens to use their investment dollars to starve fossil fuel businesses of their financial energy (irony noted).

Health professionals’ mission is to improve people’s lives. Climate change could negate the last 50 years of gains in public health.

We urge Australia’s more than 600,000 health professionals, including doctors and nurses, to move their money out of fossil fuels and invest it in sustainable industries.

• Dr Douglas Shaw is a public health physician, and Professor John Willoughby is a neurologist. They are are members of Doctors for the Environment Australia.

• Top Ten Documents Every Reporter Covering Exxon-Mobil Should Know – from the Climate Investigations Center, which monitors the individuals, corporations, trade associations, political organizations and front groups who work to delay the implementation of sound energy and environmental policies that are necessary in the face of ongoing climate crisis.

• Meanwhile, record-breaking temperatures in India are a health hazard. 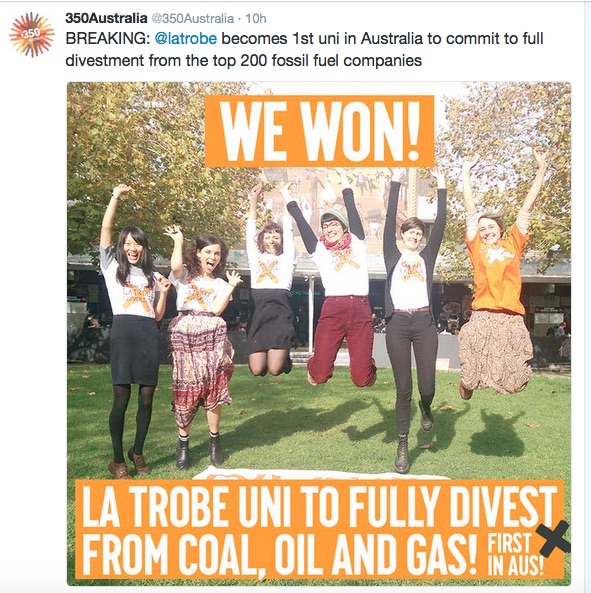 PrevPreviousAs WHO warns of the rising threat of mosquito-borne diseases, Queensland scientists profile the response to Zika
NextWatch some interviews and stories from VICSERV’s Towards Recovery mental health conferenceNext