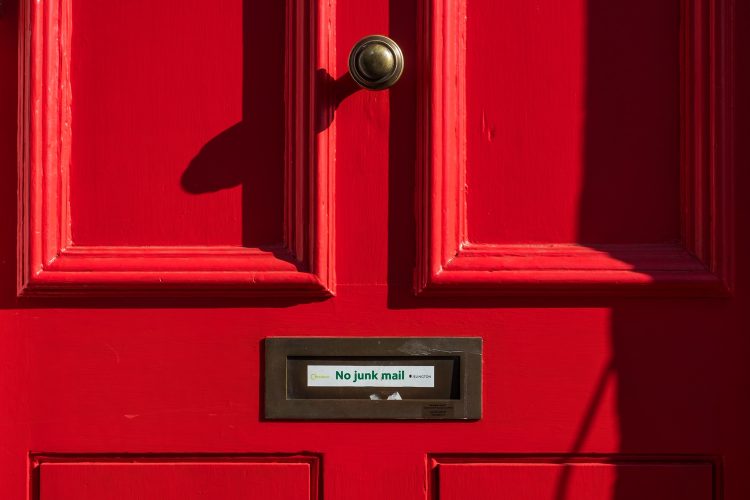 Who reads the junk mail? #JournalWatch

Do the glossy supermarket brochures that land in your mailbox or get pushed through the fence land straight in the bin? Like many of us, public health practitioner and #Journalwatch correspondent, Dr Melissa Stoneham, doesn’t pay them much credence. But they do tell a story.

Below she reviews an interesting recent study from Brazil, which shows that the supermarkets know what they’re doing when they produce our junk mail, and that a veneer of healthiness on the catalogue cover does not necessarily indicate what is inside.

I recently moved into a new house and was really pleased to see one of those “no junk mail thanks” signs on the letterbox. A few days later I came home to find the sign missing.

My immediate thought was it just fell off, but I looked around and couldn’t find it anywhere. I asked my family if they knew where it was and was promptly told they had pulled it off… because they love getting junk mail!

In fact, my son said, “Look mum, it’s only junk if it’s not relevant to you.”

Junk mail is in the eye of the beholder, right? For me, it contributes to unwanted waste and unsolicited marketing. We all know that direct marketing firms employ a variety of hidden, often subliminal, techniques to encourage us to notice and read their missives – and hopefully to go on to buy something.

Yet it seems people do still like receiving something tangible… something they can hold in their hands. The Direct Marketing Association, an industry group in New York, has stated that only about 2.15% of mailed ads lead to a sale or response from customers.

On the bright side, I guess junk mail keeps the local postie employed!

A study of supermarket circulars

The link between junk mail and this Journalwatch piece, is a study published in Health Promotion International that investigated the content of Brazilian supermarket catalogues, and whether they reflected national dietary guidelines.

Authors Anice Milbratz de Camargo and colleagues from the Universidade Federal de Santa Catarina identified that, although some studies had revealed that foods advertised in supermarket catalogues at promotional prices did influence food choices and shopping behaviour, none had a Latin American context.

This study aimed to quantify and categorise according to level of processing, the foods advertised in circulars from four Brazilian supermarket chains, in order to assess the advertised products’ compatibility with the national dietary guidelines issued by the Ministry of Health.

As in Australia, many Brazilians do most of their food shopping in larger retail environments. Large supermarkets are a particularly important part of the retail food environment, as they are usually highly accessible, are the major source of food for the majority of households and enjoy market domination in food and grocery retail expenditure in most nations.

Supermarket catalogues are arguably a key component of the retail food environment, as they can affect attitudes to and consumer behaviours towards particular foods, and form part of the ‘information environment’ enticing people to come in for the advertised specials.

In order to investigate what the Brazilian catalogues were advertising the study used the NOVA classification system, which assigns food products into four groups, based on how much processing they have been through.

They categorised the advertised products into

Results indicated 23% of advertised items were categorised as unprocessed or minimally processed, and 63% as ultra-processed foods.

In other words, they found that Brazilian supermarket catalogues featured a greater percentage of advertisements for discretionary foods compared with the foods in the core food groups recommended for daily consumption in the Dietary Guidelines for the Brazilian Population.

Retailers frequently claim that the products they stock and supply are a simple function of consumer demand, and also state that they perceive less healthy foods to be more profitable.

Despite the fact that often the first thing you see when you walk into a Woolies or Coles is the fruit and vegetable section, most of the shelf space in these retail environments is dedicated to discretionary foods.

Given that 67% of adult Australians are overweight or obese, maybe it’s time for stronger policies that regulate the healthiness of food environments because, although business is business, it cannot be argued that supermarkets and their advertising tactics are not contributing to our obesity epidemic.

PrevPreviousTruth telling and context: how it matters to Indigenous patients, health workers, health policy
NextLet’s talk about sex. More often, and as an important part of healthcareNext