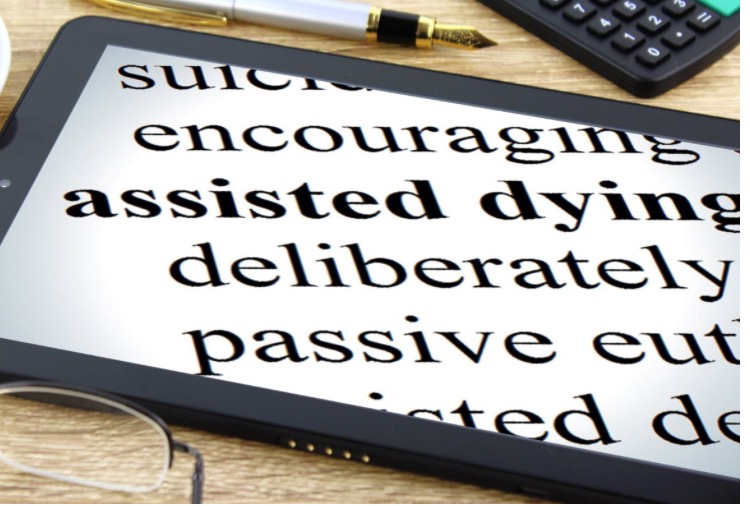 Whose suffering should count in the assisted dying debate?

The Victorian Parliament’s Inquiry into End of Life Choices, which handed down its report recently, made a number of important recommendations for promoting advance care planning, implementing patient choices, and improving and resourcing palliative care, summarised nicely in the short video here.

The most controversial recommendation of the committee is its 49th and final one, that the Victorian Government introduce a legal framework providing for assisted dying.

The recommended framework is a detailed and considered one, but, as senior lecturer in law and medical ethics, Dr Andrew McGee, points out in the post below, the eligibility criteria for accessing assisted dying draw a distinction between those who are terminally ill, and those who are suffering from intolerable, irremediable symptoms but are not necessarily nearing the end of life. He asks us to consider whether this distinction is a clear-cut one.

The Victorian Parliament’s report on end of life choices was published last week. Among other things, the report recommends allowing assisted dying for those “at the end of life”, which is defined to mean those “in the final weeks or months of life”.

The report includes euthanasia as a form of assisted dying to accommodate cases where patients do not have the ability to take lethal medication themselves.

It is a mark of how far the debate on assisted suicide and euthanasia has progressed in the past four years that the Committee was able to state that the evidence is “conclusive” that “assisted dying can be provided in a way that guards against abuse and protects the vulnerable in our community”.

A 2015 Canadian Supreme Court ruling (the Carter case) likewise found that, in places where assisted dying is lawful – Oregon, Washington, Montana, Columbia, the Netherlands, Belgium, Switzerland and Luxembourg – there is no evidence that vulnerable people are being coerced into ending their lives.

Why restrict assisted dying to people at the end of life?

Supposing the Committee is right that safeguards are working, this raises a question. Why has the Committee recommended that assisted dying only be available for people “in the final weeks or months of life”?

The Carter case did not concern the terminally ill, but people with motor neurone disease and spinal stenosis. Similarly, the law in the Netherlands and Belgium, which the Victorian Parliamentary Committee found to be safe, applies to this additional class of people and those with other conditions such as multiple sclerosis and locked-in syndrome.

Although the Committee understandably wanted to avoid recommending an arbitrary time frame to define when someone is “at the end of life”, it is doubtful whether any of the plaintiffs in the Carter case, who sought permission for assisted dying, would be covered by the recommended legislation in Victoria.

And Tony Nicklinson, the patient with locked-in syndrome who unsuccessfully applied for permission to end his life in the UK, would certainly not be covered. At the time he applied, he faced the prospect of living for many more years.

No reason is given in the report for restricting assisted dying to the terminally ill. But there are a number of possible reasons.

First, it might be thought that the unbearable suffering of the terminally ill is qualitatively different from that of those who are not near the end of life.

One expert witness in the Carter case, for instance, described how some dying patients suffer. “[They] turn blue because they cannot get enough air,” he said. “Some appeared terrified. For some of these patients, this slow and painful march to death lasted days. Some patients experienced multiple episodes of choking and a feeling of suffocation over a period of weeks. These deaths were extremely traumatic for both the patient and their family.”  There simply seems to be no reason to force these people to remain alive longer than they or wish to.

The suffering of those who are not dying, by contrast, is more usually described in terms of existential suffering brought about by a loss of control of their lives, loss of dignity because they are dependent on others for toileting and showering, and the trauma caused by a loss of mobility. Much of the suffering here is also anticipatory in nature – for example, concern about what it will be like to be immobile.

The Committee might have taken the view that easing the deaths of those who are already dying is a different thing entirely from helping people die. Perhaps it thought: If we enact laws that help people who are not at the end of life to die, we may endorse the view that some of these people take about their own lives – that losing autonomy makes your life less dignified.

Such a concern is not about safeguards because, where assisted dying is lawful, people would still be making a free and voluntary decision, without coercion from others. But they would be vulnerable in another way, because they may succumb to an idea that being totally dependent on someone else, having to be toileted and showered and placed in your bed or chair, is to lose your dignity and your value as a living being.

Our contemporary society’s broader emphasis on personal autonomy may cement in place such a view about loss of dignity, eroding the value of life. Rather than legalise assisted dying, should we be doing more to say: it is fine to lose your independence, freedom – these aren’t losses of dignity at all? Or are we being paternalistic in saying this?

If this distinction between the types of suffering endured by these two classes of people is one reason the Committee excluded the non-terminally ill from the scope of its recommendations, the exclusion is questionable.

In Carter’s case, the judge accepted the expert evidence of Dr Linda Ganzini, a doctor who had studied Oregon, where assisted dying is permitted only for the terminally ill. Ganzini found that terminally ill patients do not primarily request assisted suicide because of physical symptoms, such as pain or fatigue, but rather “for psychological and existential reasons; that is, they value control, dread dependence on others, are ready to die, or assess their quality of life as poor.”

Given these findings, we can’t really draw a sharp distinction between these terminally ill patients and those, like Tony Nicklinson, who are grievously and irremediably ill.

If, as seems to be the case, safeguards really do work, then, personally, I lean more towards allowing both categories of patients to access help to end their lives. Tony Nicklinson’s mind was clearly made up. He was suffering unbearably on any account – not unlike those people, whom the Victorian Parliament heard, hung themselves to end their own pain, in the absence of any alternative. To avoid paternalism that might otherwise lead to unacceptable and unnecessary suffering, the Victorian Parliament should consider extending the law further, to cover patients such as Tony, as well as the terminally ill.

Dr Andrew McGee is a Senior Lecturer at the Australian Centre for Health Law Research at Queensland University of Technology.

PrevPreviousAustralia’s antimicrobial problem: AURA sends a strong message
NextLabor responds to Redfern Statement with a promise to “reset the relationship”Next