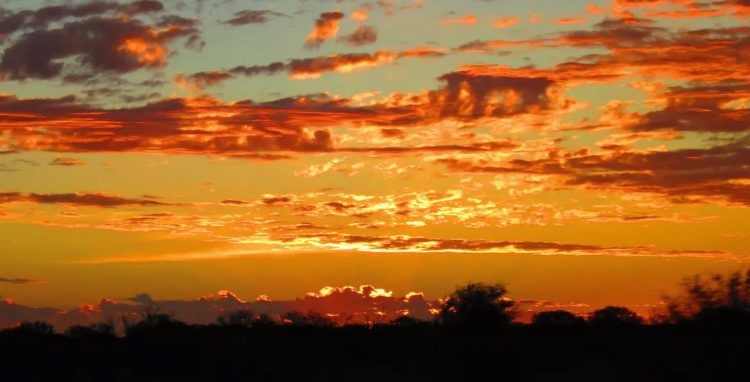 Over the past five years, one in every four children who died by suicide in Australia was Indigenous. Image via Shutterstock and The Conversation

Why are we losing so many Indigenous children to suicide?

As well as short and medium-term action, long term action is also needed “to address the traumatic, disrupting and intergenerational effects of colonisation and its aftermath, including poverty and social exclusion – the deep-rooted causes of Indigenous suicide, and child suicide,” according to the Centre’s Director, Professor Pat Dudgeon.

Meanwhile, in the article below, first published at The Conversation, Dudgeon and colleagues Tanja Hirvonen and Rob McPhee write that a royal commission or “truth and reconciliation commission” could form the foundation for this process.

Dudgeon is Professor at the the Poche Centre for Indigenous Health, University of Western Australia; Hirvonen is Lecturer in Mental Health, Centre for Remote Health, Flinders University; and McPhee isDeputy CEO of the Kimberley Aboriginal Medical Service and co-chair of the Commonwealth-funded Kimberley Aboriginal Suicide Prevention Working Group.

The recent child and youth suicides in our communities are a tragedy. Five young Indigenous Queenslanders have taken their lives this month. This adds to a spate of child deaths in Adelaide and Western Australia in January.

There is nothing new about Indigenous child suicide. In 2017 it was the leading cause of death among our children aged 5 to 17. Aboriginal and Torres Strait Islander people account for just 2.8% of the population, but over the past five years, one in every four Australian children who died by suicide was Indigenous.

There is something especially shocking about the suicide of a child for whom life was just beginning. It indicates serious underlying issues in our society, and our children are reacting to their environment. We need to act now to prevent as many potential child suicides as possible in our communities.

Tackle both short- and long-term change

Short- and long-term action is essential, but alongside this, long-term action must begin to address the traumatic, disrupting and intergenerational effects of colonisation and its aftermath: poverty and social exclusion. These are deep-rooted contributors to Indigenous suicide and child suicide.

Children may be at higher risk of suicide if they experience behavioural and emotional challenges, bullying, family and relationship breakdown, and issues that contribute to other forms of psychological distress.

In the short term, we need to identify and provide immediate help to our children and young people in crisis situations. Families, peers and schools need to be involved, with backup from counsellors and, if required, 24/7 access to culturally competent mental health professionals.

Some child and young person suicides occur in “clusters”, where several deaths occur over a short period in the same place.

Ensuring children and young people exposed to family and community suicide receive “postvention” support can also be vital to preventing further suicides. Postvention is an intervention after a death to provide counselling, material support, and other assistance to the family and community of the deceased.

To avoid imitations, responsible, non-sensational media and social media discussion about suicide is crucial. Proactively monitoring the social media activity of children for signs of suicidal thoughts can also play a role in preventing suicide in a community.

In the medium term, communities must be empowered to co-design and control responses that capitalise on the community’s strengths.

We can also learn from past programs that have been evaluated and shown to be successful in preventing Indigenous child and youth suicide. This includes peer-to-peer mentoring networks; programs to engage children and young people, including in sport; and connecting young people to Elders and culture.

The delegates called for a new national Aboriginal and Torres Strait Islander suicide prevention strategy – and fully funded implementation plan – with a focus on preventing child and youth suicide.

This should build on the 2013 strategy, adapted to the current policy environment, with an increased focus on suicide prevention.

The plan should also address stopping, and otherwise healing, child sexual abuse that is increasingly associated with suicide.

It’s important the plan is developed in genuine partnership with our communities, suicide prevention experts and mental health leaders. It should:

Truth and healing to move forward

Any sustainable response must go to the deeper, underlying historical causes of hopelessness and despair, which contributes to suicide. This isn’t just a problem among children; the suicide rate peaks in those aged between 25 and 34.

These deeper causes include intergenerational trauma. Poverty, racism, social exclusion, substandard housing, and economic marginalisation of our communities are the legacies of colonisation.

Indigenous suicide is different because it cannot be separated from the historical and related present-day situation of our peoples. Indigenous people from around the world share both similar histories and high rates of child, youth and other suicide.

Indigenous leaders want to see a broader Australian recovery and healing. Truth is the basis for healing and moving forward. And this process can begin by recognising the impacts of colonisation on present-day trauma, disadvantage, marginalisation, and neglect.

Some Elders have suggested a royal commission or “truth and reconciliation commission” could form the foundation for this process.

Our communities and cultures are sources of identity, values and practices that can help protect against suicide. Such strengths provide the foundation for a mix of short, medium, and longer-term action to turn the trajectory of Indigenous child and youth suicide deaths around.