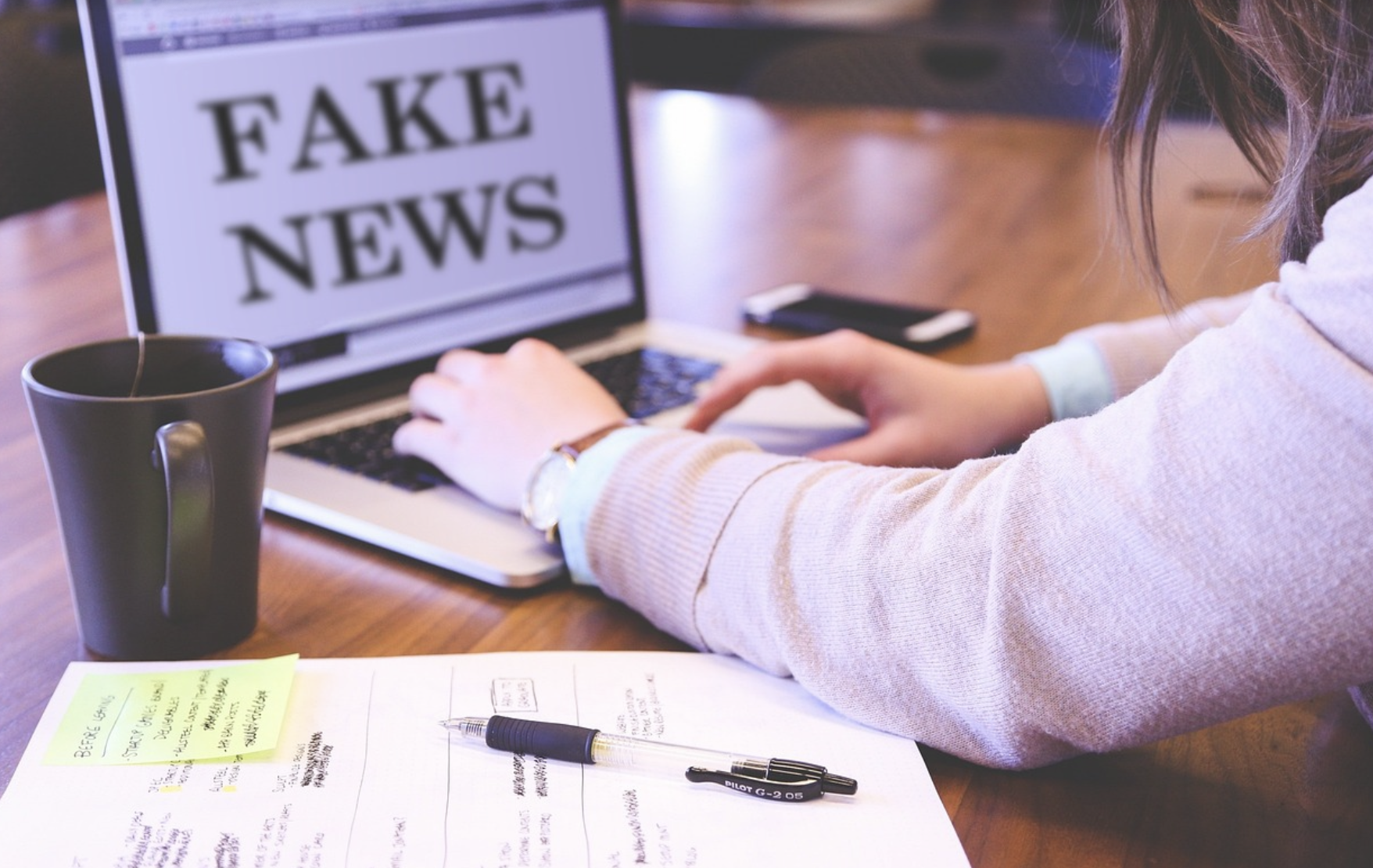 Why Australia needs a national strategy to tackle misinformation

Introduction by Croakey: Speaking on the eve of the G20 Summit in Bali, the UN Secretary-General António Guterres has called for leadership to address the public health threat of disinformation spread by Big Tech.

“Powerful tech companies are running roughshod over human rights and personal privacy and providing platforms for deadly disinformation, in pursuit of profit,” he said.

Guterres proposed a Global Digital Compact and a global code of conduct that promotes integrity in public communications as well as information literacy.

Jennifer Doggett reports below on this, and other recent examples of misinformation in Australian public life, and highlights the need for Australian governments, agencies and health authorities to proactively respond to the UN leader’s call for action on this critical public health threat.

As Australia experiences its fourth wave of COVID-19, advocates are stressing the need for evidence-based public health strategies to minimise the toll this will take on our community, in particular on those most at risk.

Yet both federal and state governments appear to be walking away from the enforcement of public health measures that have been clearly demonstrated to reduce the spread of this disease.

The reasons for this are not clear but there is evidence worldwide that the spread of misinformation and disinformation is undermining political and public health responses to the pandemic.

Although health-related misinformation and disinformation are not new, we know that they have increased since COVID, fuelled by the power of digital media and enabled by governments’ failure to regulate Big Tech and to promote media diversity.

The recent sacking of Twitter staff responsible for moderating content by new owner Elon Musk is likely to exacerbate this issue.

Combatting the spread of disinformation and misinformation is a complex issue which is important, not just for public health, but also for the ongoing functioning of democracies.

The events surrounding the 2020 US presidential election provide a sobering reminder of what can happen when conspiracy theories become mainstream.

Australia might not be at this point yet but it is naïve to assume that we are immune from the same influences that have derailed US democracy and in recent weeks there have been worrying signs that we are not as far away from the US as we might like to think.

The influence of health disinformation and misinformation was evident in Federal Parliament last week when, in Senate Estimates, three Senators pursued lines of questioning on COVID-19 seemingly lifted straight from a conspiracy theorists’ playbook.

One Nation’s Senator Malcolm Roberts claimed the TGA had rushed the approval of COVID-19 vaccines, and both he and Senator Gerard Rennick (LNP) suggested that there was a correlation between the timing of COVID-19 vaccination and excess deaths since the start of the pandemic.

In response, both Chief Medical Officer, Professor Paul Kelly, and Head of TGA, Adjunct Professor John Skerritt, explained that there was no evidence that any excess deaths were related to COVID-19 vaccines. The available evidence suggested that any excess deaths were due to a range of causes, including acute and longer term COVID and people not receiving adequate care for chronic disease, they said. Kelly stated that the Department, in conjunction with other agencies, was looking closely at this data.

Senator Matt Canavan (LNP) also expressed a common COVID conspiracy theorist view that “gain-of-function” research may have caused the COVID-19 pandemic. This theory has been comprehensively rejected by the scientific community.

At the state level, conspiracy theories have also been trotted out by some elements of the media.

The Guardian recently reported that the Herald Sun has platformed fringe conspiracy theories about Victorian Premier Daniel Andrews in the lead-up to the state election.

This included publishing front page articles about a decade old car accident in which Andrews was a passenger and which question details of his accident at a holiday rental in 2021.

These tactics from the Murdoch media have been widely condemned by commentators, including former Prime Minister Kevin Rudd who described the Herald Sun’s coverage as “dog whistling to conspiracy theorists”.

Associate Professor Andrew Dodd, Director of the Centre for Advancing Journalism at the University of Melbourne, claimed that NewsCorp is following the lead of Fox News in the USA, which “routinely amplifies the most obscene and absurd conspiracy theories”.

This, Dodd argues, “…distorts reality, denigrates opponents and shuts down civil debate. There is no pretence about balance.”

In Crikey, Bernard Keene wrote that by “puffing up” this “absurd conspiracy theory” instead of legitimate issues of integrity, the Herald Sun is undermining the ability of the media to hold the Andrews Government to account.

Worrying signs from the US midterms

The potential for misinformation to undermine democratic processes has also been evident in the recent midterm elections in the US.

An analysis by the BBC has found that at least 125 Republicans elected in the midterms have publicly denied the result of the 2020 presidential election.

They include Marjorie Taylor Greene, the controversial politician whose personal Twitter account was suspended for breaking rules on coronavirus misinformation,

Also elected was Senator Ron Johnson who spread COVID mis-information, including the following when explaining why he refused to get vaccinated:

Why do we think that we can create something better than God in terms of combating disease? Why do we assume that the body’s natural immune system isn’t the marvel that it really is?”

The announcement yesterday from former President Donald Trump that he intends to run again for office in 2024 has also prompted some commentary on the importance of the media in promoting truth and integrity in political campaigning. Since the rise of the digital platforms, and in particular since the 2020 US election, international researchers have been investigating the role of the media in promoting misinformation and undermining democratic processes.

One report, from a conference on fake news hosted by the Harvard Kennedy School, identified social media systems as ‘a fertile ground for the spread of misinformation that is particularly dangerous for political debate in a democratic society’ due to proliferation of information sources, making it difficult for consumers to assess their validity, compounded by the creation of echo chambers.

“The tendency of people to follow like-minded people leads to the creation of echo chambers and filter bubbles, which exacerbate polarisation. With no conflicting information to counter the falsehoods or the general consensus within isolated social groups, the end result is a lack of shared reality, which may be divisive and dangerous to society,” says the report.

Among other perils, such situations can enable discriminatory and inflammatory ideas to enter public discourse and be treated as fact. Once embedded, such ideas can in turn be used to create scapegoats, to normalize prejudices, to harden us-versus-them mentalities and even, in extreme cases, to catalyse and justify violence.”

The importance of these concerns to Australia was highlighted in a webinar hosted this week by Croakey which explored possible approaches to the Wellbeing Budget in 2023 and a Health in All Policies agenda.

At this event, panel members discussed the importance of media diversity and local content in order to counter the spread of misinformation and disinformation.

Associate Professor Katherine Backholer, a National Heart Foundation Future Leader Fellow and Associate Director of the Global Obesity Centre at Deakin University, highlighted the importance of accountability around misinformation and argued for a multisectoral policy response, including a ban on harmful marketing, online safety regulations, amendments to the Privacy Act, the breaking up of monopolies, and greater accountability of Big Tech.

Dr Joanne Flavel, an economist and public health researcher and Research Fellow in the Stretton Institute at the University of Adelaide, agreed with Backholer’s call for greater media accountability.

“Media is where most people get their information…..we need accountability around misinformation and disinformation,” she said.

The role of misinformation in the media in influencing Australia’s responses to climate change and the COVID-19 pandemic was noted by Sotiris Vardoulakis, Professor of Global Environmental Health at ANU, and Anna Draffin, CEO of the Public Interest Journalism Initiative, who argued that “the role of news media remains crucial in terms of health issues”.

The calls from these experts and others advocating for greater regulation of digital platforms have so far been largely ignored by governments in Australia.

When contacted on this issue, the Department of Health and Aged Care told Croakey that it understands there is a plethora of health information available and that due to advancements in technology and digital means, consumers are now overwhelmed by various health information, including misinformation.

A spokesperson added that the COVID-19 pandemic has highlighted the importance of providing evidence-based, accurate, clear and timely health information, that is easy for consumers to understand and trust.

The Department referenced a number of initiatives relevant to health information, including the development of a National Health Literacy Strategy, which it said will aim to provide consumers with the skills they need to recognise accurate, trustworthy health information, as well as improving the health literacy environment. The Department also mentioned Healthdirect, which it said helps people find reliable information about the broader health system and directs them to appropriate healthcare and other services.

In relation to COVID-19 and vaccines, the Department said that it actively addresses misinformation by countering them with “solid, evidence-based facts delivered by authoritative health experts and trusted voices,” including “targeted communication and engagement activities with the primary care sector, as well as First Nations and multicultural stakeholder networks and community leaders to help address concerns and hesitancy through local level engagement”.

This includes a section on the Department’s website which addresses COVID-19 misinformation in 63 languages.

There have also been some indications of action in other portfolio areas. For example, it is encouraging to see Communications Minister Michelle Rowland’s plan for policy reform to support a more diverse media landscape.

However, these smalls steps clearly fall far short of the comprehensive, bipartisan and multisectoral response required to address the broad and wide ranging impacts of disinformation and misinformation in Australia.

Given the clear signs that conspiracy theories and COVID-19 misinformation are already impacting federal parliament and mainstream media, it is vital the Government respond to the call from the UN for international action on this issue and work both domestically and at an international level to combat this serious threat to public health and democracy.

See here for Croakey’s archive of stories on misinformation

PrevPreviousOn the new Centre for Disease Control, here are 28 questions requiring your attention
NextAustralian governments under fire for harming childrenNext