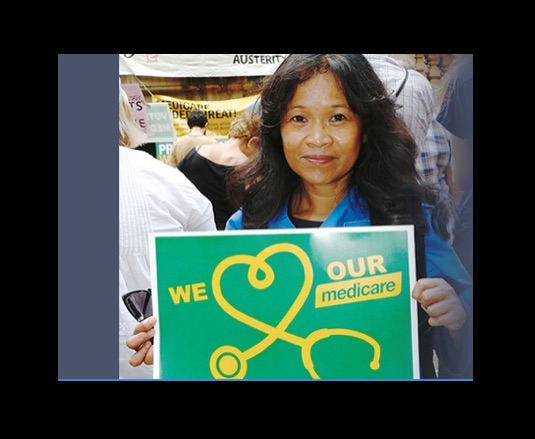 Why corporate tax avoidance is a health hazard: nursing leader

At a time of great strain on public health services and increasing out-of-pocket costs for patients, it is becoming clear that corporate tax avoidance is a health hazard, according to Brett Holmes, General Secretary of the NSW Nurses and Midwives’ Association.

No doubt there will be some discussion about the concerns raised by Holmes at a forum to be held by the Centre for Research Excellence on Health Equity in Canberra on 12 May, A fair go for all: Addressing social and health inequities in Australia and internationally.

“There is increasing concern among policy makers, civil society groups and the public about the widening differences in the social and health status of Australia’s most and least advantaged peoples. The lack of improvement in addressing these inequities reflects many political and policy challenges which occur throughout the policy process – how issues get onto the agenda, policy formulation, implementation and assessment. Understanding and acting on these challenges will be a key step forward to achieving more equitable health outcomes for all Australians.” 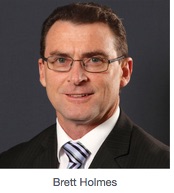 The Senate Inquiry into Corporate Tax Avoidance and Aggressive Minimisation released its report on Friday, putting further pressure on politicians to take action.

With an election looming amidst a health and education funding crisis, it’s time for politicians to act in the health interests of our communities, rather than the financial interests of corporations, by announcing a comprehensive policy on tax avoidance.

For too long now the responses from politicians to the budget crisis has been one of cut backs on spending; cuts to Medicare and cuts to the States. As the cash starved public system begins to falter under increasing strain, state politicians continue to support the privatisation of health services, handing valuable taxpayer’s money over to private companies.

For most of us it’s hard to fathom the volume of cash going offshore everyday in Australia but thanks to the Panama Papers exposing the use of shelf companies, and the Senate Inquiry exposing the tricks used to legally avoid paying tax, we can begin to see that Australian tax payers are being ripped off, and it’s our public healthcare and education systems that are suffering.

Private companies are using legal loopholes in the Australian and international tax laws to avoid paying tax and to inflate prices, robbing our healthcare system of billions of dollars in revenue.

Tax avoidance is not a victimless crime. The Senate report, released late on the Friday of a national long weekend, raises questions as to how drug companies determine the cost of medicines in Australia, and how profits are attributed so as to avoid paying tax. Individuals are paying too much and, through the national Pharmaceutical Benefits Scheme, so too is the Government.

It’s an issue that affects all Australians. Mirror Mirror, a report by the Commonwealth Fund, stated that 18% of Australians either don’t see their GP or miss a dose of their medications, due to cost. Yet the current Federal policy push is for Australians to have greater out-of-pocket health costs in order for us to ‘live within our means’.

It gets worse. The Senate inquiry exposed, yet again, that multinationals like Google, Apple, and even some major coffee chains, don’t pay any tax on the profits they make here in Australia. GetUp’s tax report, released last Wednesday, revealed the polarity between multinationals and average workers. It found 76 major multinationals paid an average effective tax rate of just 16.2%, compared with the average nurse, who pays 24%.

The crime here is a moral one, and it is one that is compounded by politicians who argue that privatisation is the answer to funding shortages. The revenue that is raised through taxes in Australia is being funnelled through the privatisation of public services, or straight from the pockets of workers, into the pockets of private companies, many of whom, it would seem, then avoid paying their fair share of tax.

It is even more galling when you look at the concessions and rebates that corporations gouge from Commonwealth revenue each year. Australians are financially pressured to take out private healthcare insurance, which in-turn increases the out of pocket expenses when you access healthcare.

The cost of this insurance is so prohibitive that the Howard Government knew it had to introduce rebates to make it more affordable for families. The Private Health Insurance Rebate came at the cost to revenue of $5.56 billion in 2012-13 alone and it is the fastest growing component of the federal health budget.

Australia signed up with the UN to work towards Universal Healthcare, where cost does not determine access. For this to occur in a way that ensures everyone has access to the care they need, we need strong democratic processes in place.

Democracy can only exist where there is transparency. We need transparency with regard to our healthcare expenditure and our taxation processes. Only the action of elected politicians can provide that transparency and Australians everywhere should be making that demand of their politicians.

Until such time as tax laws require the mandatory identification of all subsidiaries, off shore holdings and the end beneficial owner, and until such time that we can tax the profits made in Australia, there should be a complete moratorium on privatisation at Federal, State and Local Government levels.

Taxes are our common wealth. We pay taxes for the common good of our communities; to provide schools, hospitals, roads and parks, to name a few. If all private companies paid the actual corporate tax rate, stopped receiving corporate welfare in the form of rebates, were required to pay taxes on the profits made here and were prevented from shifting their profits to offshore shelf companies, then we’d see there is more than enough money to fully fund free healthcare and free education in Australia.

It is time our politicians took action and the community needs to make that demand loud and clear.