Why do I work in Aboriginal health? (And more news from the world of social media and health)

An Aboriginal Health and Medical Research Council of NSW conference on chronic diseases in Sydney next month will include a session looking at the use of online media to connect with communities.

If anyone has examples of innovative online communications and engagement efforts in the area of Aboriginal and Torres Strait Islander health, which could be featured in the session, please let me know.

On related topics, those interested in social media and healthcare can check Twitter discussions at a conference underway in Sydney today, including to a presentation by nurse, midwife and blogger Sarah Stewart on “The Virtual International Day of the Midwife: Using Social Media for Professional Networking and Learning”.

Meanwhile, the article below is cross-posted from a new blog started by GP Dr Tim Senior, that provides “personal reflections, comment, discussion by and for doctors working in Aboriginal Medical Services or those who want to understand their work better”.

It is the first of two posts looking at online developments related to Indigenous health.

Senior started the blog after meeting GPs working in Aboriginal Medical Services across NSW, and sometimes other parts of Australia, and noticing that many were feeling quite isolated.

He says: “At the same time, there were a lot of research and reports in Aboriginal health and general practice, which might be able to improve what we were able to do in working with Aboriginal and Torres Strait Islander people. Actually implementing this as a service, though, is not just a matter of “doing what it says on the tin” but of thinking about how that might apply in practice, and how it might improve what we do.”

Another reason for starting the blog, he says, is that “I also think we too often tell the wrong story about Aboriginal and Torres Strait Islander health. Though the story of awful outcomes and insoluble problems is true, there is also a story of innovation, of truly patient responsive care, of the strength of connection to culture (and not defined by whitefellas) that points the way for the rest of the health sector to follow.

“In essence, I hope the blog will become a place where academic knowledge meets personal stories and reflections to improve the quality of care I am able to offer to the communities I work in.

Why do I work in Aboriginal health? 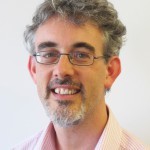 That’s the question I was asked on Twitter the other day. I was (almost) unable to answer in 140 characters, but it did get me thinking. So here’s why.

The first place I got off an aeroplane in Australia was in Alice Springs. I was a naive, young junior doctor. (“You sound like an adventurous sort” said the recruiter. “How about the Northern Territory?” How was I to know any different?).

Anyway, I had an absolutely wonderful year in Alice, Tennant Creek and Darwin, and met the woman who is now my wife. After going back to the UK and doing GP training, I came back to Oz and worked in Alice for another year. I spent a long time thinking Alice Springs was just normal Australia, and that work as a doctor in Australia just meant you saw Aboriginal patients.

So at one point asking why I work in Aboriginal health would have been like asking me why I see patients. Or like asking a fire-fighter why they go to put out fires. Isn’t that just what you do?

A few years later, I found myself in southwest Sydney, and I started to realise that my Alice experience wasn’t typical, and that actually Aboriginal health was seen as something separate from normal practice. There were a few of us (and you can find out exactly how many here) drawn to Aboriginal health, but we were a bit… missionary!

So the first part of why is that I hadn’t realised there was an alternative!

Somewhere along the line in my career (and I can’t for the life of me remember when) I learnt about the Inverse Care Law. In a classic paper – in 1971 – that’s 1971 – Julian Tudor Hart described a law that is as relevant now as it was then: Those who need medical care the most get the least. It works on a global scale – think of the majority world compared to developed countries.

It works on a national scale – think of urban centres compared to rural areas in Australia. And it works across a city – think of the northern beaches of Sydney, compared to the southwest suburbs.

The areas I worked in the UK all experienced this acutely, and the people who trained me all had a strong view that part of doing General Practice well was working to reduce inequalities (respect to the Sheffield General Practice Specialty Training Programme or VTS as it was then known!).

There is a strong culture in general practice of working to reduce health inequalities. And this sits with other general practice values such as patient-centred care – not the buzzword, but actually trying to do it, and being the speciality with expertise based on research evidence of how to do it well.

So it was natural that I would be drawn to working in Aboriginal health, and that, though the context is different, the skills and the role are those of general practice anywhere in Australia, anywhere in the UK.

This is where my one-word Twitter answer is sufficient – values. I am in the hugely privileged position of being paid to do something I love, which is (I hope) useful, and allows some of the most disadvantaged people to “live lives they would choose to live” – through trying to limit the effects of ill health on them, and through empowering them to be able to make decisions about them, their family and their community.

I’m not alone in this. Some interesting research from Canberra interviewed doctors working in challenging areas for more than 5 years, and found:

“All doctors [in this field] were motivated by the belief that helping a disadvantaged population is the `right thing’ to do. They were sustained by a deep appreciation and respect for the population they served, an intellectual engagement with the work itself, and the ability to control their own working hours (often by working part-time in the field of interest). In their clinical work, they recognised and celebrated small gains and were not overwhelmed by the larger context of social disadvantage.”

I wasn’t interviewed for this study, but I read it and thought: “That’s me!”

I finish with a reframing of the original question: Why wouldn’t you want to work in Aboriginal health?

• Declaration from Tim Senior: This blog is entirely personal, and does not reflect the views of the organisations or communities where I work. Similarly, I do work for the RACGP, but this blog doesn’t represent their views. Indeed, it may not always represent my views – it might be my thoughts in progress, or it might be ideas to provoke thought and discussion.

• Tim Senior also writes for this blog reflecting more widely upon life in general practice. In a post about the potential of social media, he writes:

My plea, then, is to make sure, when moving forward into the bright, engaging future of using social media in health care, that we check the rear view mirror every so often to see who we might be leaving behind. We won’t find them on twitter. We might not even find them in our clinics. But they are definitely out there, and need to be engaged just as much to get good health care.

PrevPreviousSounding the alarm over cutbacks to Qld organisation for lesbian, gay, bisexual and transgender health
NextThe financial crunch and its impact on health – globally, nationally and locally (with particular reference to Tasmania)Next