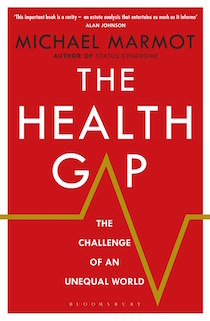 Why evidence is not enough

Given the overwhelming evidence that inequalities in wealth, education and social status are strong influencers of health status, it would seem logical that governments would focus on reducing the disparities in these areas as a key strategy to improving population health.  Yet successive governments appear to have ignored the importance of the social determinants of health and instead focussed on addressing secondary and less fundamental causes of poor health, such as smoking.

Miriam Vandenberg Co-convenor, Social Determinants of Health Advocacy Network, and Richard Eccleston, political scientist and Director of the Institute for the Study of Social Change, University of Tasmania, analyse why adopting a ‘social determinants of health’ perspective challenges accepted processes in politics and policy making.  They identify a number of high level barriers to governments taking a social determinants approach to health while also highlighting that there is nothing inevitable about our current political and policy making systems and that therefore there is always the possibility for change.[divide]

The Australian Institute of Health’s recent report card on Australia’s Health 2016 provides our Government with yet more evidence of Australia’s health inequities. For example, among the data, the report states:

Evidence is not enough

In response, are we likely to see our governments acknowledge that the growing incidence of ill health and chronic disease can only be addressed by tackling its underlying social causes – ‘the social determinants of health’?

Let’s hope so; but don’t hold your breath. Instead consider this a timely remember that evidence is not enough.

Given that governments the world over are struggling to meet health needs of their citizens why is it that those who demand that governments address the root causes of health inequities are often accused of being ‘unrealistic’, ‘ideologically driven’ or worse?

Appearing on Q & A on his recent visit to Australia, leading public health expert Professor Sir Michael Marmot pondered the fact that he had been dismissed as being in ‘fantasy land’ for arguing that the growing health problems facing our communities can only really be addressed through promoting social and economic equity and creating a fairer society?

Professors Richard Wilkinson and Kate Pickett, the authors of The Spirit Level (2009), too have, been labelled ‘delusional’ and ‘false prophets’ on the basis of their attempts to make the case for a more equal society.

It is true, creating a more equitable society is a massive task which would require a nationally coordinated effort over an extended period, but surely the time has come to embrace this new public health policy paradigm.

Addressing the social determinants of health will be a long journey but surely the first step is to recognise that a more equitable community would be more productive, healthier and cohesive?

Yet persuading politicians and the governments they lead to address the structural causes of ill-health is no easy task. Policy making is rarely a matter of establishing the ‘best’ solution to a given problem because a host of political variables are at play. This is especially true of health policy. Political ideology and partisan preferences clearly influence the health policies a government is willing to consider.

Less widely recognised but equally important are the competing interests at play in the health policy debate. Politicians often talk about investing more in preventive health strategies but are all too often prevented from doing so by those who want every available health dollar invested in medical services.

Perhaps the greatest barrier to addressing the social determinants of health in Australia is the timidity of our political leaders. Investing a tiny fraction of our health budget in addressing the underlying causes of ill-health requires the courage to admit that the current system is broken and doing more of the same won’t fix it.

Yet tragically the politically pragmatic strategy is to ignore this reality and keep making the same mistakes.

So how do we move forward? For those of us concerned about lack of action on the social determinants of health, is there anywhere we can turn?

Numerous researchers have suggested useful strategies for public health advocates to influence the political process. They, like us, recognise that policy making is messy and there is no clear approach for ensuring that evidence will be taken on board.

Ultimately health policy is about political choice, and politics is a continuous struggle for power among competing interests. Often policy makers only have time to consider limited information before making decisions while one other occasions policy makers clearly make ideological rather than ‘evidence-based’ choices.

Increasingly besieged health ministers often look for the easier options while health crises prompt reactive strategies as the political focus lurches from one issue to another.

Political imperatives dictate that policy makers focus on achievable ‘targets’ which can be implemented in the short term – prior to the next election. Yet as we all know, addressing complex social challenges requires a long-term approach and a preparedness to take risks and accept setbacks along the way.

The politics of addressing complex issues such as the social determinants of health is further complicated by the fact that solutions require a whole of government approach involving many – if not all – departments.

Taken together there is little wonder that our political leaders are unwilling to address the causes of ill health in a systematic and comprehensive way.

Let’s face it, much of what politicians do comes back to the reason they do anything: votes. Even if a government privately acknowledges that ambitious long-term reform is required, they will be reluctant to promote radical policy change if there is a risk they’ll lose office.

Logic is not enough.  This suggests that research based advocacy, while important, may not be enough to achieve fundamental reform.

As Sir Michael Marmot argued, we need to win the hearts and minds of both politicians and the communities they serve. We need not only evidence, but also stories, passion and urgency:

On a more optimistic note, it is also worth remembering that all our values and beliefs – including those of politicians – are learned.

And what is learned can be unlearned and changed.

PrevPreviousAcknowledge the brutal history of Indigenous health care – for healing
NextWhat keeps you awake at night? And other burning questions for medical regulatorsNext