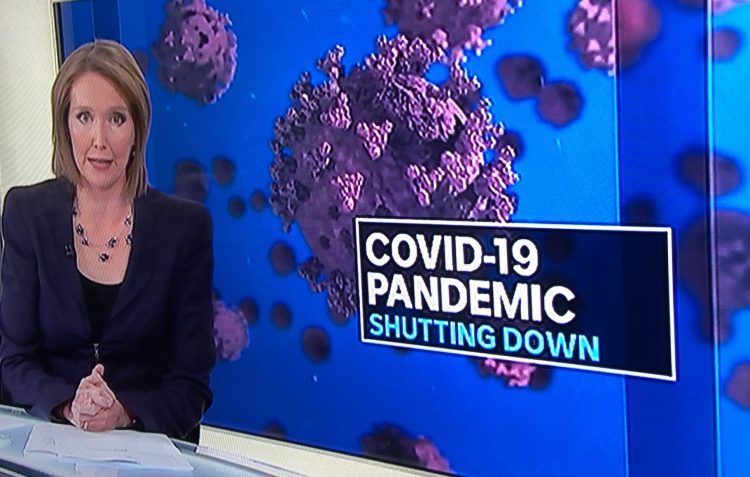 Why have there been delays in governments’ responses to COVID-19?

With Australian governments now ramping up responses to the COVID-19 pandemic – several states are closing borders, all non essential travel is to cease, and NSW, Victoria and the ACT are moving to widespread lockdown – it is timely to consider why such actions took longer than some believed was appropriate.

Two senior medical specialists, Dr Kerry Breen and Dr Kerry Goulston, put forward some potential explanations in the article below, first published by John Menadue’s site, Pearls and Irritations, on 20 March (before today’s spending announcements, which include an increase for Newstart, other income support measures and payments to businesses and charities).

While the issues identified by the authors could continue to hamper action on COVID19 in Australia, they suggest a way forward. (And also see the video below featuring several senior doctors calling for national lockdown).

One of the puzzling and troubling aspects of the Australian response to the COVID-19 public health crisis is that the actions taken or advised by government have often lagged behind what many in the community, including people with expert knowledge, are agitating for.

When actions are taken, they frequently appear to be a week or two late. We consider here why this might be so and whether any contributing factors might be corrected. Meanwhile, others more expert than us have urged a different approach to the handling of the crisis.

There are several interlinked possible explanations:

The crisis may be being viewed through the lens of an economic and employment issue and not a public health issue. This possibility is consistent with the Prime Minister’s focus on economic stimulus packages and not on short-term financial help for those people who soon will have no income, or an inadequate income should they apply for the Newstart Allowance. An alternate view is that some Western governments, including Australia’s, are ill-prepared for a crisis that demands strong government leadership and intervention.

Political leaders may be wary of being proactive too early for fear of later being criticised for taking actions that some may claim in hindsight were never required. This possibility is consistent with statements from government which emphasise the need to take a balanced approach to the timing of any actions and that any actions must be proportionate to the situation. This language suggests that government may have the next election in mind and not the immediate well-being of the people.

There may exist subconscious bias on the part of the members of the key government advisory body for the COVID-19 crisis, the Australian Health Protection Principal Committee. These people are all employees of government and although ‘public servants’, that concept has been weakened by the politicisation of the appointment process. If there is subconscious bias, it will be in the direction of giving advice more acceptable to government. In the case of the Federal Chief Medical Officer, it is relevant here to note that shortly he will step down to take up the position of Secretary of the Federal Health Department.

The nine chief health officers who make up the membership of the Australian Health Protection Principal Committee may collectively not have the relevant expertise to handle a once in 100 year viral pandemic. Although most have public health training, none to our knowledge have expertise in virology nor experience in pandemics. Without being taken into the thinking of the Committee or having access to the evidence that the Committee has before it, community trust may be weakened.

Even if there are members of the Committee with relevant backgrounds, there is likely to be difficulty having alternate views heard should the member come from a small jurisdiction, especially if the jurisdiction is currently governed by a political party of a different colour. That actions taken so far have varied between jurisdictions suggests this is a reality.

Having considered all of the above possibilities, we feel that it is likely that a combination of all five factors is in play. In the face of such complexity, this is unlikely to be a matter than can be helped by seeking to direct the Committee in any manner or by adding new members.

We find ourselves in agreement with those well-informed people who have argued that the response to the COVID-19 health crisis must be more urgent and more drastic.

We believe that an improved response will not be achieved with the current approach. As others have suggested, what is needed is a new task force that is non-political and expert based (and, we suggest, with community input).

The Prime Minister, the Premiers and the Health Ministers should urgently convene such a group led by a person with credibility and the inherent trust of the community.

Not only could this ensure that the Australian response from here on is more timely and appropriate but it would protect the current government from any electoral backlash.

• Dr Kerry Breen AM is a retired physician who is interested in the regulation of the medical profession, medical ethics, medical professionalism and the health of doctors and medical students. He has published over 120 peer reviewed academic papers as well as several opinion pieces for the print media and internet publications. He is the lead author of Good Medical Practice: Professionalism Ethics and Law (4th ed) and the author of So You Want to be a Doctor: A Guide for Prospective Medical Students in Australia. He has also written a memoir and two medical biographies.

• Dr Kerry Goulston AO is a retired physician and gastroenterologist. Past positions have included Associate Dean, Northern Clinical School of University of Sydney, Royal North Shore Hospital and Inaugural Chair of the Postgraduate Medical Council of Australia and New Zealand.