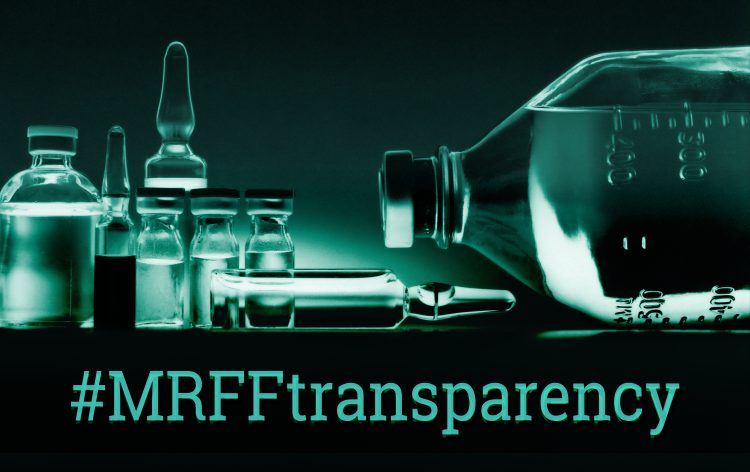 Introduction by Croakey: Submissions close on Monday, 20 September for a Senate inquiry with potentially billion-dollar implications for the future of medical research.

Quite incredibly, only two submissions are listed on the inquiry’s website. One is from Associate Professor Lesley Russell, who is investigating the Medical Research Future Fund in an ongoing series at Croakey.

Below, she explains her concerns about the proposed legislative changes and their implications for research.

Proposed legislation currently before the Australian Parliament seeks to limit funding available for research from the Medical Research Future Fund to $650 million annually.

This is the abandonment of previous commitments to provide $1 billion annually and is despite the fact that returns on the investment of more than $20 billion in capital taken from Health and Indigenous Affairs programs would enable this commitment to be met.

The given rationale for this is that a higher risk investment strategy is needed that will mean losses in the short term. There is no commitment that the expected long-term gains will be returned to researchers.

Moreover, my analysis shows that the Medical Research Future Fund (MRFF) currently has more than $2 billion in excess funds from investment revenue that has not been made available for disbursement. There is no transparency around the fact that this money has been held back and what the Government plans are for it in the future.

The Investment Funds Legislation Amendment Bill 2021 has been referred to the Senate Standing Committees on Finance and Administration. Submissions on the Bill close on September 20.

I made a submission based on my MRFF analysis previously published by Croakey Health Media (Part 1 is here, Part 2 is here).

It is sad to see that, at the time of writing, mine was the only submission, though another has since been lodged.

I am sure that researchers must feel strongly about any attempt to limit research funds, but perhaps they worry that speaking out will endanger their funding opportunities.

Summary of my submission

My recommendations for amendments

My case to the Senate Committee

It is apparent that the Government has long had the intention to restrict the investment revenue transferred into the special account; as early as the 2019-20 Budget, the transfers to the MRFF special account from 2021-11 are indicated as limited to $650 million.

This decision was clearly made well ahead of any impact from the pandemic.

The rationale provided for the changes outlined in the Bill is that:

In this light it is instructive to look at the investment approach to date.

Quarterly portfolio updates are available for the MRFF which is one of five funds managed by the Future Fund Board of Guardians. The most recent report, for the quarter ending June 30, 2021, show the MRFF then had $22.028 billion in invested funds and the returns for the 2020-21 financial year were the highest in the history of the Future Fund.

The current target for the return on investment for the MRFF is set as the RBA cash rate plus 1.5 – 2.0 percent per annum over the long term, with an acceptable but not excessive level of risk. This is less than that for the four other funds managed by the Future Fund.

But the Future Fund’s management delivered spectacular results as the pandemic economy was so much stronger than predicted. The MRFF reported a 10.9 percent return on investment, which means that the revenue for 2020-21, predicted to be $764.3 million, was of the order of $2 billion.

That means that the figure previously quoted of $882.5 million that will be held back from research over the four years 2021-22 to 2021-25 is dramatically more, around $2.1 billion. Presumably these extra funds, in whole or in part, account for the increase in the MRFF capital level.

If the benchmark rate of return was increased to reflect the growth in health-related costs what would that rate be?

As it currently stands, with the MRFF balance at over $22 billion, a 4.5 percent target would return more than $1 billion annually. But this is a level that is already being achieved, with relatively low risk.

The Government has not explained why higher investment risks are needed, and why the target return needs to be linked to growth in health-related costs rather than, for example, growth in research-related costs.

Research Australia has made the case that a substantial increase in the Research Support Program is needed just to maintain the levels of research support funding for research projects at their current already inadequate level.

The cuts to the Research Support Program beyond the one-off boost in 2020-21 represent a real and continued threat to the capacity of universities to use MRFF funding to undertake research.

There seem to be some concerns related to the impact of the pandemic on investment returns, but these are not reflected elsewhere in Government statements or policy or in the management of other future funds. In an opinion piece published last month, the Treasurer, Josh Frydenberg said, “Our economy is in a stronger position to recover than even a year ago.”

Future Fund chairman, Peter Costello, has recently outlined how the Future Fund is taking on more risk – which is in part what this Bill proposes – but he also states that the risk dial is still pointed to conservative because “The money belongs to taxpayers”.

There are three important reasons why more transparency is needed around this proposed legislative change:

A 2014 report prepared by Deloitte Access Economics for the Australian Society for Medical Research found that every $1 from the MRFF invested in medical research returns $3.39 in future health and productivity gains (this assumes federal and state government health system expenditure will grow at an average of 6.8 percent per annum).

The report finds that the MRFF contribution to health research and development has the potential to enhance the longevity and quality of life for all Australians, and concomitantly slow the burgeoning health expenditure trajectory.

The Government’s proposed legislative changes would undermine that potential and the commitments made at the time the MRFF was established.

Promises that funding clawed back now will deliver more funding at some future, undefined time ring hollow given the urgent need for research efforts to tackle key health problems that beset Australia now.