If you were a benevolent dictator with $12 billion to splurge on fixing the healthcare system (the equivalent of Queensland’s health budget), what would be the fairest and best way of spending the funds?

This was the challenge given to speakers at an Australian Centre for Health Services Innovation (AusHSI) Thought Leaders Forum in Brisbane last week, previewed previously at Croakey.

As journalist Mardi Chapman reports below, the discussions reflected nationwide tensions in the health system as expectations and demand for services continue to rise against a diminishing capacity to supply. Her series of articles covers:

Talking himself out of a high tech job?

Professor John Fraser is director of the Critical Care Research Group at The Prince Charles Hospital and director of the Intensive Care Unit at St Andrews War Memorial Hospital. One of his many achievements is leading a team that has advanced artificial heart technology, which is relevant for an ageing population.

However, he acknowledges that he practises at the high and costly end of medicine. He said the starting price for an intensive care bed, public or private, is $3,500 per day. 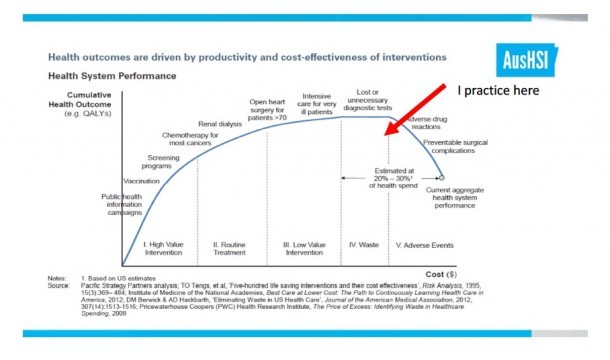 Knowing that a disproportionate amount of health dollars are spent on people in the last six months of their lives, he isn’t afraid to question whether our system achieves the distributive justice we might want. 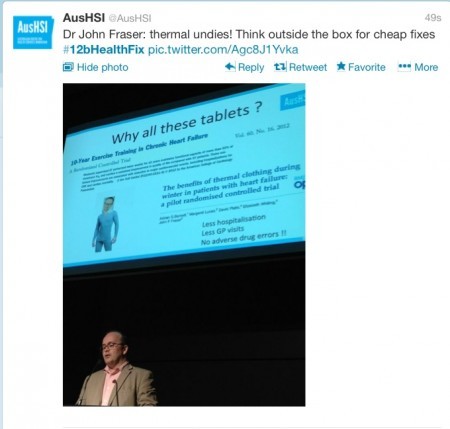 Yet these low cost interventions were often missed opportunities against investment in hospitals and medicines, he said.

Along with the basics such as clean air and water, he said tobacco control and obesity control were important priorities. Smoking costs Australia about $31 billion per year, ties up hospital beds and is associated with the seven leading causes of death, including heart and lung disease and some cancers.

Overweight and obesity, currently affecting 61% of Australian adults and 25% of children, costs us $58 billion. Early intervention would prevent the human and financial costs of sequelae such as diabetes and kidney disease.

Professor Fraser said it would be short-sighted to cut funding to health and medical research. Instead, given the current 17 year lag between research expenditure and health benefits, more rapid adoption of research findings would lead to improved savings and better outcomes.

In an environment of increasing demand on the health system and decreasing resources, politicians and policy makers need help allocating funds between competing priorities.

According to Griffith University PhD candidate Rachael Krinks, citizens’ juries are an effective mechanism for encouraging genuine deliberation on the tough issues such as how to spend a $12 billion health budget. (Click to enlarge the image below). 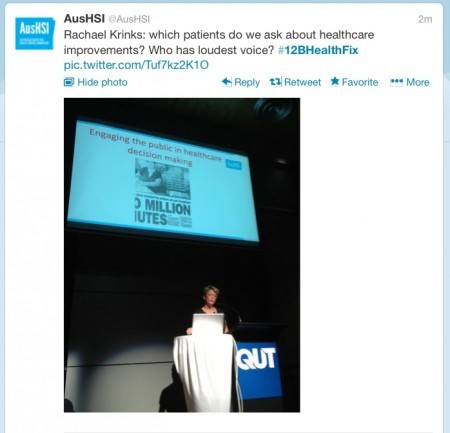 A citizens’ jury, comprising a broadly representative sample of the community, is presented with evidence from experts who can also be cross examined by the jurors.

As with a legal jury, the subsequent deliberations of a citizens’ jury can fairly represent the conscience and intelligence of the general public (as previously reported at Croakey).

A 2012 citizens’ jury on access to emergency care services in Queensland identified a number of strategies that could reduce waiting times, optimise care and contain costs.

They first sought to stop people with minor injuries or illnesses and chronic illnesses from joining the public emergency department queue.

They recommended ambulance officers be adequately trained and legislatively protected to treat patients in their own home or transfer them to other appropriate facilities including GP clinics.

Patients presenting to their regular hospital with chronic illnesses, including mental health issues, should be admitted directly to their appropriate ward rather than be unnecessarily funneled through the emergency department.

Nurse practitioners in hospitals could also triage patients – again with the capability and authority to assess and refer patients elsewhere such as to a GP clinic or for an outpatient appointment the next day.

The citizens’ jury also identified that many people were unaware of private hospital emergency departments and that some community education about alternative services might help spread the patient load.

Ms Krinks said politicians rely on people to vote for them every three years – a disincentive to attempt any significant health reform.

“However, the community is capable of not just absorbing complex information; citizens can be the source of bold reform themselves.

“A citizens’ jury puts clinicians, consumers and citizens together in a room and their deliberations can be a valuable contribution to the policy mix. Asking citizens to tick a square and put it in a ballot box every three years isn’t enough public participation.”

She said citizens’ juries should not become meaningless consultation. The process should be transparent with public and media scrutiny and decisions should be implemented.

Tweaking – not twerking – the health system 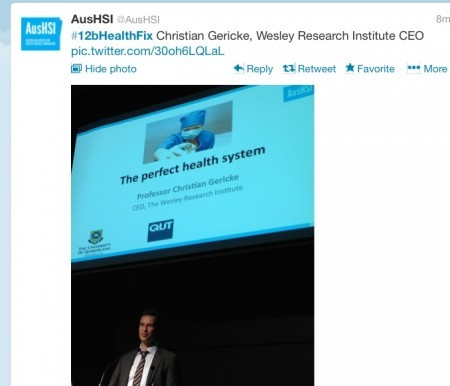 Queensland and Australia would do better to adopt some of the strengths of European health systems such as the German and French systems, according to CEO of the Wesley Research Institute, Professor Christian Gericke.

He told Croakey that the World Health Organisation had determined that the French system provided the best overall health care.

He said some of the benefits that could be achieved included tighter budget control, less bureaucracy and better access to health services for consumers through better efficiencies.

At a state level, he said Queensland had all the ingredients of a good health system including very good hospitals, well-trained health professionals, and almost universal coverage by either Medicare or private health insurance.

However, the Queensland Health payroll debacle, which effectively siphoned $1.2 billion from the health budget, reflected a problem with stewardship.  His suggestion that dismantling the department would improve the state’s healthcare system and get better value for money, was well received by the audience and voted the best idea at the forum.

“An effective state health department should only have a small governance and planning function. It should be an enabling bureaucracy with light-handed rule setting and monitoring responsibilities rather than a heavy-handed command and control approach.”

A Joint Committee of health insurers, hospitals, health professionals and patient representatives would instead make most decisions. Public hospitals would be autonomous with regularly adjusted, activity based funding.

Professor Gericke said some easy health fixes at a national level included fast forwarding the reimbursement system from the 19th Century into the 21st Century.

“Australia also has high out of pocket costs compared to other OECD countries. At about 20 per cent, that is double the costs in Germany or France and four times that of the UK.”

He said the combination of having to put cash on the table rather than direct insurer to provider payments plus the high out of pocket costs discourages people from seeking preventive health care.

Australia would also do well to abolish the general practitioner gatekeeper role, which creates wasteful duplication, he said.

He also recommended a new federal government consider a national private medical fee schedule. “The government has the power to set limits but they can be generous with up to seven times the Medicare rebate.”

Health expenditure is clearly on an unsustainable trajectory and that doesn’t sit well with Adam Stone, a Senate candidate for The Greens in Queensland.

Mr Stone told the forum that Queensland’s health budget has more than doubled since 2005. With a significant 32 per cent of the burden on our health system largely preventable, he’d be keen to invest more in health promotion and disease prevention programs.

Queensland spent about 4.5% of its health budget on prevention activities in 2011-12 and job cuts since then threaten nutrition, health promotion and indigenous health programs.

However, many preventative health measures do not have to occur within the health portfolio. Instead, there was largely untapped, preventive health potential across many government departments and in regulatory measures, he said.

As to what works:

Mr Stone also joined Professor Fraser in calling for an equivalent body to the UK’s National Institute for Health and Care Excellence (NICE). This independent agency makes evidence-based decisions about the clinical and cost effectiveness of prevention, diagnostic and treatment strategies.  It ensures public health dollars are only spent on the best quality and best value for money interventions.

“Health dollars are limited and not everything can be covered, so tough choices have to be made about what will be covered and what won’t.  Those are incredibly difficult decisions for politicians,” he said.

And finally, Croakey thinks it appropriate to end on this most excellent suggestion from Rachael Krinks. 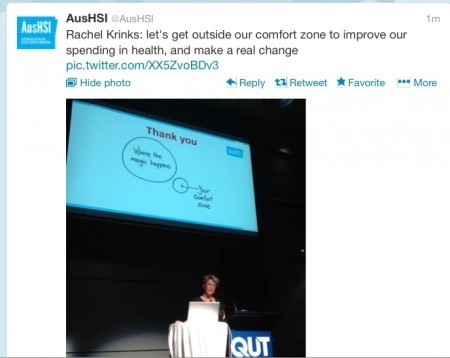 Previously at Croakey: Tallying up the losers and winners in healthcare spending

PrevPreviousWhat does it take to make palliative care “everybody’s business”?
NextTwitter brings the news on climate change and health that the mainstream media doesn’tNext