Recent headline in The Guardian

Why nurses are fighting moves to “Americanise” public hospitals in NSW

NSW Government plans for non government operators to redevelop and run a number of public hospitals are a worrying sign of a shift towards “the Americanisation” of healthcare, according to Brett Holmes, General Secretary, NSW Nurses and Midwives’ Association.

Recently, we learned of the NSW Government’s short-term ‘fix’ for our hospital funding crisis that would follow the familiar path of privatisation to which this government has become so accustomed. 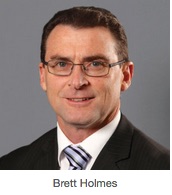 Health Minister Jillian Skinner announced to Parliament that expressions of interest were being sought from non-government operators to redevelop and run the Maitland, Wyong, Goulburn and Shellharbour hospitals and to provide services at Bowral Hospital.

Building a sustainable long-term strategy for NSW’s health and education systems would once again take a back seat to the quick injections of capital being put towards building “Tomorrow’s Sydney”.

Since the NSW Liberals came to power, they have pushed through a record number of privatisations – from ports, power stations, Sydney Ferries and public buildings, to disability services, prisons and TAFE.

The rise in revenue from handing public services over to the private sector, resulted in budget surpluses worth more than $8 billion over the next four years. In addition, under the ‘asset recycling’ initiative, the federal government rewarded an additional 15 per cent contribution to go towards new infrastructure for the state.

In 2016-17 health capital expenditure is now relegated to third place after transport and communication, and public order and safety (which is largely building new prisons to cope with ever increasing number of prisoners on remand).

Over the past 15 years, health’s share of general government capital expenditure has fallen from 16.7 per cent to 11.7 per cent. Despite this, the NSW Minister for Health stated in her media release that there is sufficient capital works funding for all five hospitals slated for privatisation to be rebuilt using State funding without any contribution from the private sector.

Public hospitals are the responsibility of the state government and as a community we pay taxes to ensure all Australians have access to equitable health care. Taking hospitals out of public hands and essentially gifting private operators with the opportunity to run the partnership off the money the government would have spent, doesn’t add up.

It’s public money going to private multinational corporations who are under pressure to squeeze even more out of the services to deliver profit for their shareholders.

Our system is already struggling, so it’s no surprise that these models often end up costing governments in the long-run and in the meantime result in a drop in the quality of service delivery for patients. Private operators also can’t guarantee they will offer the same staffing in public hospitals as no large private hospital operator has been prepared to agree to nurse to patient ratios anywhere in NSW.

Public hospitals have been shown to perform better than their private counterparts in many areas, particularly in accident and emergency care. In fact, in NSW, overall costs in general public hospitals per casemix-adjusted separation were lower than in private hospitals.

In the case of a public private partnership, the private operator generally runs the most profitable services, leaving the public sector to fund the more costly work. This increases the risk of taxpayers covering the costs, should private operators break their contractual obligations, which is the case in many other failed public private partnerships.

We saw examples of contracts being broken and hospitals being handed back to the government in NSW when the State Government effectively paid double the capital costs for the Port Macquarie Base Hospital at a cost of $143.6 million and in Victoria when La Trobe Regional Hospital suffered losses of $8.8 million over the two years it was run by the private operator, Australian Hospital Care (AHC). The AHC was forced to forfeit its $17 million investment when it was transferred back to the government.

But what happens when those failed attempts can’t be transferred back to the government to manage?

This is the dilemma we face if the Trans Pacific Partnership (TPP) agreement goes through. Under the deal, privatisation is a one-way street. Foreign corporations can sue governments for millions of dollars in international tribunals if they can argue that a change in policy will ‘harm’ their investment.

It’s a very serious risk we take if we let these five latest public private partnerships go through in NSW.

Something must be done to prevent us taking another step in the wrong direction towards the Americanisation of our health system: an expensive and inefficient model.

This new philosophy of public health and Medicare being a safety-net for the poor is something we, as a union, have been fighting against for many years, and we’ll continue that fight to keep our health system in public hands – where it belongs.

Visit the website and get your community involved in the campaign to #keepitpublic.

PrevPreviousRefusing to play the race game
NextCalls for a regulatory crackdown on the “wild west” of cosmetic surgery. Plus, how is medically assisted death working out in Canada?Next