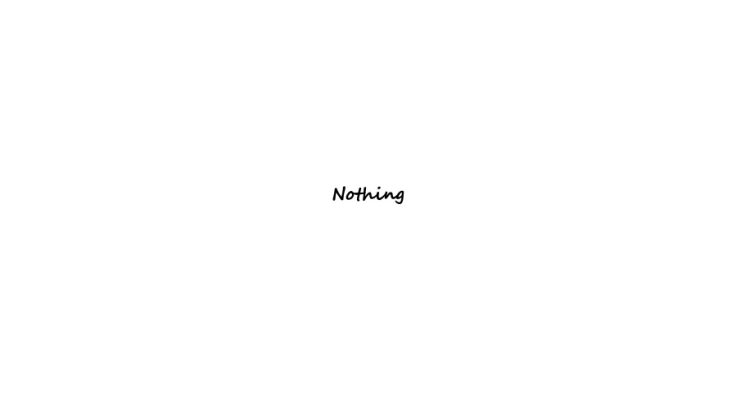 The image above indicates how much Australia’s new “long term national health plan” has to say about a critical health threat confronting us, now and into the future: climate change.

Perhaps they missed the news that “climate change is the greatest health challenge of the 21st century, and threatens all aspects of the society in which we live”.

To earn its title, Minister Hunt’s plan would have laid out a vision for reducing the health system’s greenhouse gas emissions and waste, and for developing health services’ capacity to cope with the impacts of climate change, whether upon infrastructure or the health of communities.

It also would have laid out a wide-ranging public health response, with a particular focus on those most vulnerable to the health impacts of climate change, including the elderly and people with disabilities and chronic conditions.

Given the Minister’s interest in mental health, the plan could also have addressed the impacts of climate change on mental health and wellbeing, including the particular risks facing those with serious mental illness, such as their increased vulnerability during extreme heat.

Young people are also vulnerable to exposure to stress and trauma associated with climate change.

Perhaps these concerns can be addressed through some of the measures announced today, including the Intergenerational Health and Mental Health Study, and the Children’s Mental Health Strategy.

This strategy will be developed by an expert working group co-chaired by Professor Frank Oberklaid, Director of the Centre for Community Child Health at The Royal Children’s Hospital, and Professor Christel Middeldorp, conjoint Professor of Child and Youth Psychiatry at the Child Health Research Centre and Children’s Health Queensland Hospital and Health Service.

Let’s not forget that the Minister and his department were handed a framework for a national strategy on climate health and wellbeing over two years ago.

Fiona Armstrong, executive director of the Climate and Health Alliance, was scathing about the plan (whose decidedly awkward full title is: Australia’s long term national health plan to build the world’s best health system), and its omission of climate change.

In a statement to Croakey, she said:

Minister Hunt’s Long Term Health Plan to ‘build the world’s best health system’ reads more like a press release than a considered plan that has been in development for two years.

I’ve seen more comprehensive plans for our health system produced by volunteer organisations, like the Australian Health Care Reform Alliance, and more is expected from a large and well resourced Department of Health and the Minister.

As a ‘long term plan’, the omission of climate change and its current and future impacts on health is a complete abrogation of responsibility to the community by the Minister and the Department who assisted in its development. Very disappointing to see such a flimsy plan being packaged as a ‘long term vision’, but to build it around just four issues, and ignore the issue the World Health Organization (WHO) describes as a ‘health emergency’ is disgracefully negligent.

The plan to ‘build the world’s best health system’ avoids much suggestion of the actual ‘health system’ (ie nothing on infrastructure, workforce, technology, not to mention waste, or climate resilience and low carbon healthcare)  – with no commitments to do anything more than spend the minimum required to keep the system afloat.

This is conveyed as ‘record investment’, but in truth is not more than the proportion of GDP that has been allocated to the health sector for some decades, and expected by Australian taxpayers as the minimum investment required for high quality, safe care.

Given the plan supposedly began in 2017, there is little to show for it, beyond the ‘four pillars’ of Medicare/PBS, mental health/preventive health (that oxymoron again), public and private hospitals/private health insurance, and medical research. Very little on the explosion of preventable illnesses, nothing on medical emergencies or disasters, zero on environmental health. (Could someone tell the Minister 25 percent of all diseases have an environmental cause?).

It’s lucky then, that the Health Minister isn’t really in charge of the health system. That job is borne by the some of the most extraordinary people in the world: nurses, doctors, engineers, radiographers and so many others who know what is required, who actually care about the community, and despite the efforts of shameless politicians, do their very best to provide that safe, high quality care Australians deserve and can afford.”

Meanwhile, the theme for the Asia Pacific Parliamentary Forum on Global Health, to be held in Fiji next week with the support of the WHO Western Pacific Region Office, is Climate Change and Health.

Croakey has been told that Australia will be a no show at the Forum.

The WHO Regional Director for the Western Pacific, Dr Kasai Takeshi, has prioritised climate change and the environment as one of the three highest priorities for his five-year term, which began this year.

In recent days the Director-General of the WHO, Dr Tedros Adhanom Ghebreyesus, has tweeted such comments as “climate change threatens the health and safety of all peoples…” and “…unless we take climate action immediately, the future for our children is dire”.

Should the Australian Government wish to address the gaps in its “long term health plan”, a report recently published by the Global Health Alliance Australia offers some useful recommendations.

The report, Health and Climate Change in Australia and the Asia Pacific Region: From Townsville to Tuvalu, says that Australia’s lack of a comprehensive global and public health response to address the impacts of climate change will significantly impede our response to health risks in our region and at home.

It urges Australia to adopt the principles of climate-smart healthcare advocated by the Word Bank, and invest in low carbon healthcare, including in building design and construction.

It also urges healthcare services to invest in renewable energy and energy efficiency, waste minimisation and waste management, sustainable transport and water consumption, and low carbon procurement for pharmaceuticals, medical devices, food, and other products. It calls for investment in preparing health facilities and workers for extreme weather events.

The report’s nine key recommendations are:

2. The priorities articulated by Health Ministers in the Pacific should drive Australia’s investments there.

3. Equip the current and future workforce in Australia and across the Asia Pacific region for emerging threats to health from climate change.

4. Devise an implementation agenda for addressing the health impacts of climate change by:

6. Establish a multi-institutional Health and Climate Change Research Facility, based in rural Australia

7. Increase financial investment that would facilitate innovation and opportunities to develop effective health adaptations and low/zero-emissions initiatives – focusing on rural Australia and the Pacific.

8. Support proven solutions that address the impact of climate change on health.

9. Support policy initiatives that involve the community and citizens.

PrevPreviousGiven this history of strength and success, why do Aboriginal health dollars keep going to NINGOs?
NextWhy women are more likely to have dodgy hip implants or other medical devicesNext