Why the Paris climate deal must put the poorest, lowest emitting, most vulnerable people first (and how Australia is not)

International aid agency Oxfam today released a report Extreme Carbon Inequality on how the world’s richest 10 per cent produce half of all emissions, while the poorest, already vulnerable and facing the brunt of catastrophic storms, droughts, and other severe weather events linked to climate change, contribute the least.

It says the report,  aimed at the ongoing climate talks in Paris, not only shows the extreme nature of global carbon inequality, but also helps bust some of the myths about who is driving climate change.

It says the litmus test of the Paris deal will be whether it meets the following four tests as a minimum:

See its statement and more detail below.

The report comes amid deep disappointment over Prime Minister Malcolm Turnbull‘s key Paris speech, where he announced that Australia would spend $1 billion over five years helping developing countries, especially those in the Pacific, to cope with climate change impacts and cut emissions but promised no new money. The funds will come out of Australia’s already savagely cut aid budget. 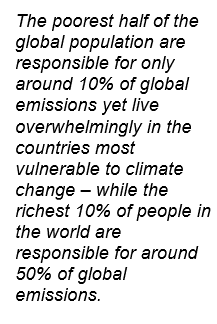 Oxfam Australia Chief Executive Dr Helen Szoke said Australia has brought one of the weakest commitments of all comparable countries to Paris, despite being surrounded by nations who are suffering the worst from the impacts of climate change. Echoing concerns of many others, in Australia and across the Pacific, she said:

Despite the latest announcement by Prime Minister Turnbull of $1 billion to support climate change adaption, this represents no real increase and is not enough. New commitments must be made that reflect the enormity of the challenges vulnerable countries face and the responsibility Australia has to support the region.

“The combined effects of poverty and a changing climate pose one of the greatest challenges of the 21st century. Australia must help reach an agreement that can deliver not only for the richest countries, but also for the world’s poorest communities, who are the least responsible for and most vulnerable to climate change.”

The ABC today reported that Pacific island leaders have met with US President Barack Obama in Paris to push their case for stronger curbs on carbon emissions to protect their countries from rising sea levels. It quotes Fiji’s National Disaster Management Minister Inia Seruiratu saying his country is already experiencing the effects of climate change:

“We have relocated about 40 of our communities. And we have identified another 800 or so that needs to be relocated in the near future.”

“So it’s not something that we expect down the track. It’s already happening.”

Guardian Australia reported that Hawaii-born Obama, who described himself as “an island boy”, recognised the importance and special concerns of the low lying states in a meeting on the sidelines of the Paris conference on Tuesday with leaders from Kiribati, the Marshall Islands, St Lucia, Barbados and Papua New Guinea. It quoted the Marshall Islands Foreign Minister Tony de Brum:

“The meeting with Obama was one of the most significant meetings we have had in a long long time. He bolstered the idea that even though we are small we have to have a voice in these negotiations. We did not meet with Turnbull in Paris but we hope we might engage with him in the future. He an island boy as well, from a very big island.

“There is a lot of room for improvement for Australia to return to its former leadership role in the Pacific.”

The Australian Council for International Development said the Prime Minister’s announcement “lacks any ambition’ and called on the Federal Government to more than double its expenditure on climate change aid and development programs to $550 million a year. It said:

“A great deal more funding than the Prime Minister has announced today will be needed if Australia is to champion the cause of the Asia-Pacific on climate change.

See also some Twitter reaction to the statement by Environment Minister Greg Hunt that the Australian government approved Adani’s controversial $16bn Carmichael coalmine in Queensland because it was not a “neo-colonialist”power that tried to tell poor countries what to do. 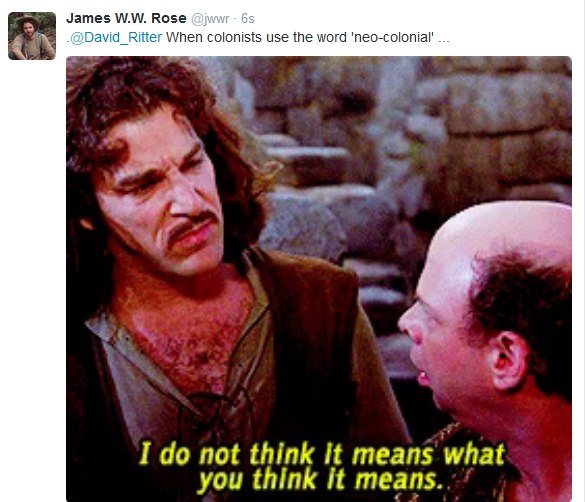 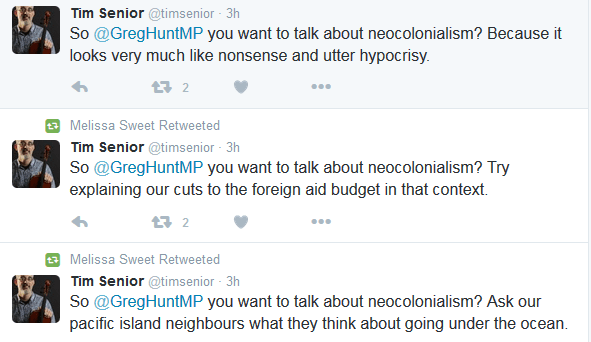 In this Guardian comment piece, former Prime Minister Kevin Rudd and former US Treasurery Secretary Hank Paulson argue that the world’s climate is in the hands of just three nations: India, China and the US.

‘It is a crisis driven by the ‘haves’, which hits the ‘have nots’ the hardest. If there is to be any justice in the deal in Paris, governments must deliver something for the have nots, wherever they live.” 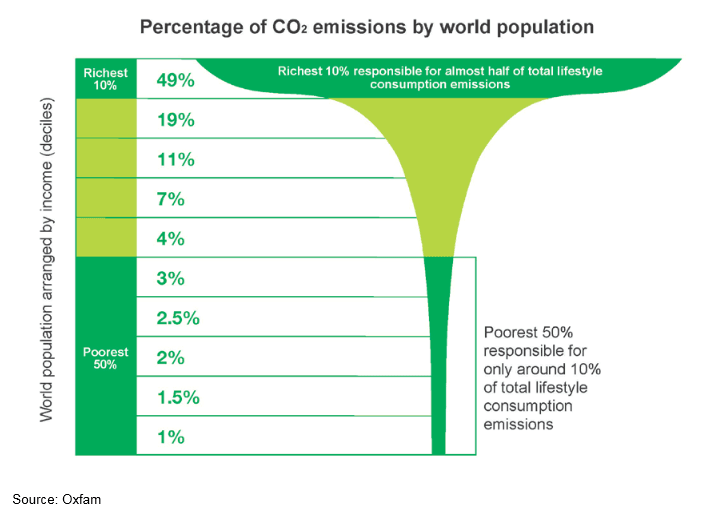 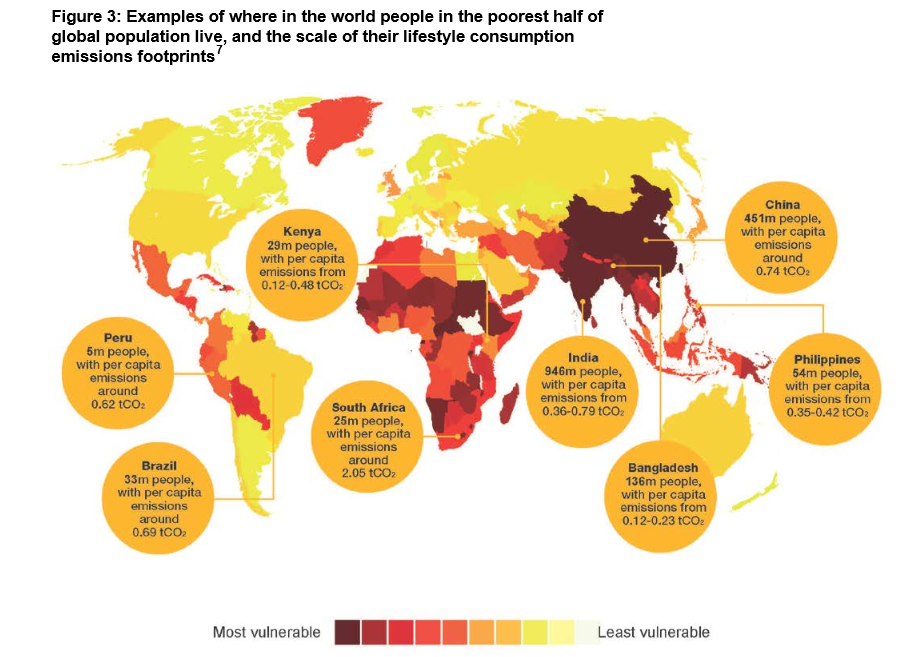 The Oxfam report finds that those who would benefit most from a weak deal in Paris are a select group of billionaires, who have made their fortunes in the fossil fuel industry. It says that tackling the economic inequality these ‘carbon barons’ thrive on is critical both to ending extreme poverty and fighting climate change.

See also this backgrounder from The Conversation: How scientists know climate change is happening