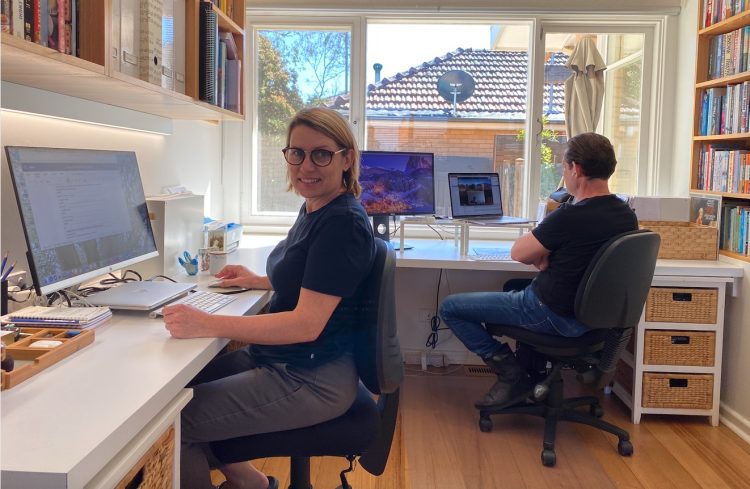 The pandemic response would be more effective if the diversity of public health expertise was more widely recognised and incorporated, according to Associate Professor Louise Keogh, a health sociologist at the Centre for Health Equity, in the Melbourne School of Population and Global Health at the University of Melbourne.

The first case of COVID-19 at Melbourne University was in the Melbourne School of Population and Global Health, so I have not been on campus since March this year, and a return does not seem imminent with extended stage four restrictions in Melbourne.

As a result, I have been watching my discipline of public health through the lens of the media over the last seven months. It has led to a feeling of despair at the state of my intellectual home.

Mentions of public health in the media have been limited to competing models of disease transmission and vaccine development. While many would agree that public health is both ‘art and science,’ what the media presents is an idealised version of only the science. The message seems to be that if we can get the science done right, everything will be fixed.

I am hoping though, that when I can go back to campus someday in the distant future, and see public health through the lens of my colleagues in action, I won’t feel so bad.

Public health has been a refuge for many intellectuals who are interested in health as more than a property of individuals. For me, public health has been a place where historians, economists, anthropologists, sociologists, lawyers, ethicists and statisticians can come together, bring their diverse disciplinary skill sets and focus them on the health of whole populations. For many of us, this has been a salve for the individualism rampant in so many other quarters.

Don’t get me wrong; the clinical practice of our doctors, nurses and allied health workforce and their expertise on the workings of individual human bodies and minds is crucial.

But we also need experts looking at the whole system – who healthcare serves, who it doesn’t, how does it serve and how well? Who misses out? What medical conditions receive too much or too little or the wrong kind of attention, due to getting caught up in social discourses, norms and social values? What other non-health institutions and systems are operating to improve or weaken the health of populations in disproportionate ways?

In an ideal world, public health sees the whole system and uses our nuanced and sophisticated tools (from the humanities, arts, science and social science) to make sense of what we see. It is only with an understanding of the social, economic and symbolic power relations at play that inequality can be understood and addressed, and improvements to the overall health of populations achieved.

A common narrative about the emergence of public health in the middle of the 19th century revolves around what was at the time an entirely novel notion that germs spread disease (previously disease was thought to be caused by miasma or bad air).

One part of this narrative is about the analysis of observational data that led to this discovery, which was novel and important. But the part of the narrative that I relate to is about the difficulty of translating this new scientific knowledge to changed behaviour.

The strongly held beliefs in alternate models of disease were hard to dislodge, especially because of the prestige and influence of those in power. A doctor himself, Ignaz Semmelweis argued that if surgeons washed their hands prior to delivering babies, rates of mortality would be reduced. Instead of this approach being adopted, however, Semmelweis was ostracised, losing his job, and dying in an asylum before his theory was accepted.

A social and political process

The power structures, social norms and ideas of disease were as important to progress as the science itself. As history shows, data analysis alone is not enough to change behaviour and social change is neither quick nor easy.

I fear that in the clamour to be seen as the ‘expert’ with the ‘right’ model, our history of rich inter-disciplinary inquiry and the courage to call out the damage caused by power structures is being lost.

For example, rather than seeing disease models developed by public health experts as simple objective truths, a social scientist might: ask on whom do they act? how do they re-distribute power? What do they hide and what do they foreground?

With the limelight briefly on public health, we run the risk of becoming as bad as the disciplines we criticise, forgetting that change is a social and political process, not just a scientific one.

It is hard to think of an example of a scientific innovation that has led to a more equal or healthy society without a major social intervention. If you can think of one, let me know!

I look forward to the day when public health can again be more than vaccines and modelling, when we can again remember our radical roots, and the idea that societies are complex living organisms, as worthy of study and debate as the microscopic organisms currently wreaking havoc on our planet.

The devastating disruption of the COVID-19 pandemic offers us a chance to think about the type of society in which we want to live and how we want to do healthcare. The cracks in our systems that were evident pre-pandemic are now ravines.

We have the opportunity to re-think how to care for the ageing, how to do childcare, how to get good health services to everyone – not just the urban and wealthy. Hopefully public health can lead the way in asking bigger questions and acknowledge that deep and difficult problems need the very best thinking from diverse disciplines in order to have an impact.

Associate Professor Louise Keogh is a health sociologist at the Centre for Health Equity, in the Melbourne School of Population and Global Health at the University of Melbourne