Housing stress is in the headlines as a result of this new report from The National Housing Supply Council, which was established by the Australian Government in 2008 “to monitor housing demand, supply and affordability in Australia, and to highlight current and potential gaps between housing supply and demand from households”.

Meanwhile, recent research highlights the importance of such findings for mental health, and the need to link health and housing policy.

The report below is provided by Caroline Chen, a health communications graduate from the University of Sydney, who is volunteering for a stint as Croakey’s first intern (more bio at bottom of the post).

The high cost of housing in Australia is an important health issue, recent research suggests.

The study, published in the American Journal of Epidemiology, found self-reported mental health problems to be a significant consequence of housing unaffordability.

The longitudinal study aimed at determining the mental health consequences of unaffordable housing was conducted by Bentley et al. for the Melbourne School of Population Health, University of Melbourne. It used the Housing, Income, and Labour Dynamics in Australia (HILDA) Survey as the primary tool for investigating the states of income, employment, health and well-being of household and individual samples over time.

The authors acknowledged the significance of a previous investigation which found 1.1 million households experiencing housing unaffordability in 2004 (Bentley et al.,2011; Yates and Gabrielle, 2006). Housing unaffordability in both studies was defined as a phenomenon experienced by individuals whose housing costs are more than 30% their household income. It typically occurs due to changes in household structure, housing costs and most of all, income.

Poor housing affordability was found to be correlated with mental illness but apparently only in low-to-middle income households.

Housing affordability may directly affect health by influencing the quality, location, tenure and shelter options accessible by a household.

While housing can sometimes be a means for households to generate wealth, more often than not it is one of the largest household expenditure categories – encompassing costs associated with mortgage, rent and insurance, which can in turn indirectly affect the capacity for expenditure on other living requirements like food and medical services.

The article points out that the Australian housing system makes housing affordability the means by which housing – as a social determinant of health, can be accessed.

Interventions to improve housing affordability by increasing income and/or reducing costs in low income groups have been suggested to help minimise the inequalities in mental health.

One of the study’s authors, Dr Rebecca Bentley, told Croakey: “In terms of the implications for policy, this analysis reinforces the argument for linking housing and health policy in Australia. This could begin with an audit of housing related policy to identify policy and service delivery overlaps with health and to make recommendations on integrated solutions.”

Meanwhile, a recent report by the Australian Housing and Urban Research Institute has also indicated that housing plays a critical role in health, identifying that proper housing has a positive effect on the social inclusion of disabled persons as it functions to provide them with much-needed stability, support, independence and opportunity. Increased focus on and provision of government housing assistance are recommended.

The findings suggest the need for collaboration between the Ministers for Housing, Health and Social Inclusion to bring about healthier housing policies.

Caroline is a bilingual Medical Science graduate who has recently completed her Master of Health Communications. Looking to expand on her passions for health and writing, she is utterly excited to start her position as a journalist intern at Croakey – the to go to website for news on health issues! 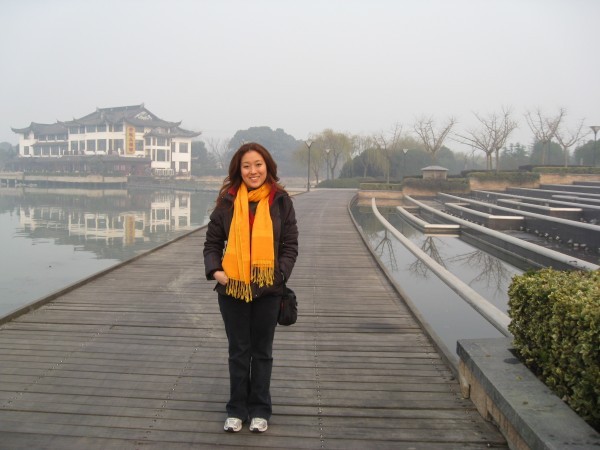 Caroline’s education in medicine, public health, media and health policy enables her to understand both the theoretical and practical sides of health issues.

While studying, Caroline gained some experience into health-focused public and media relations work, where she wrote media materials and honed her abilities in dealing with the media. Her field-specific knowledge and experience have together formed the skill set she needs to jump-start her career in the ever-busy world of news and health.

It is Caroline’s dream to take part in creating a healthier world where people look after themselves and more importantly, each other. Her ambition is to achieve that one day by combining her know-how in health journalism and Mandarin language skills (she also holds a Postgraduate Diploma in Translating and Interpreting!) to effectively promote health on an international scale.

PrevPreviousPlace-based approaches to supporting children and families: what are they, and why do they matter?
NextA response to critics of organ and tissue donation reformsNext