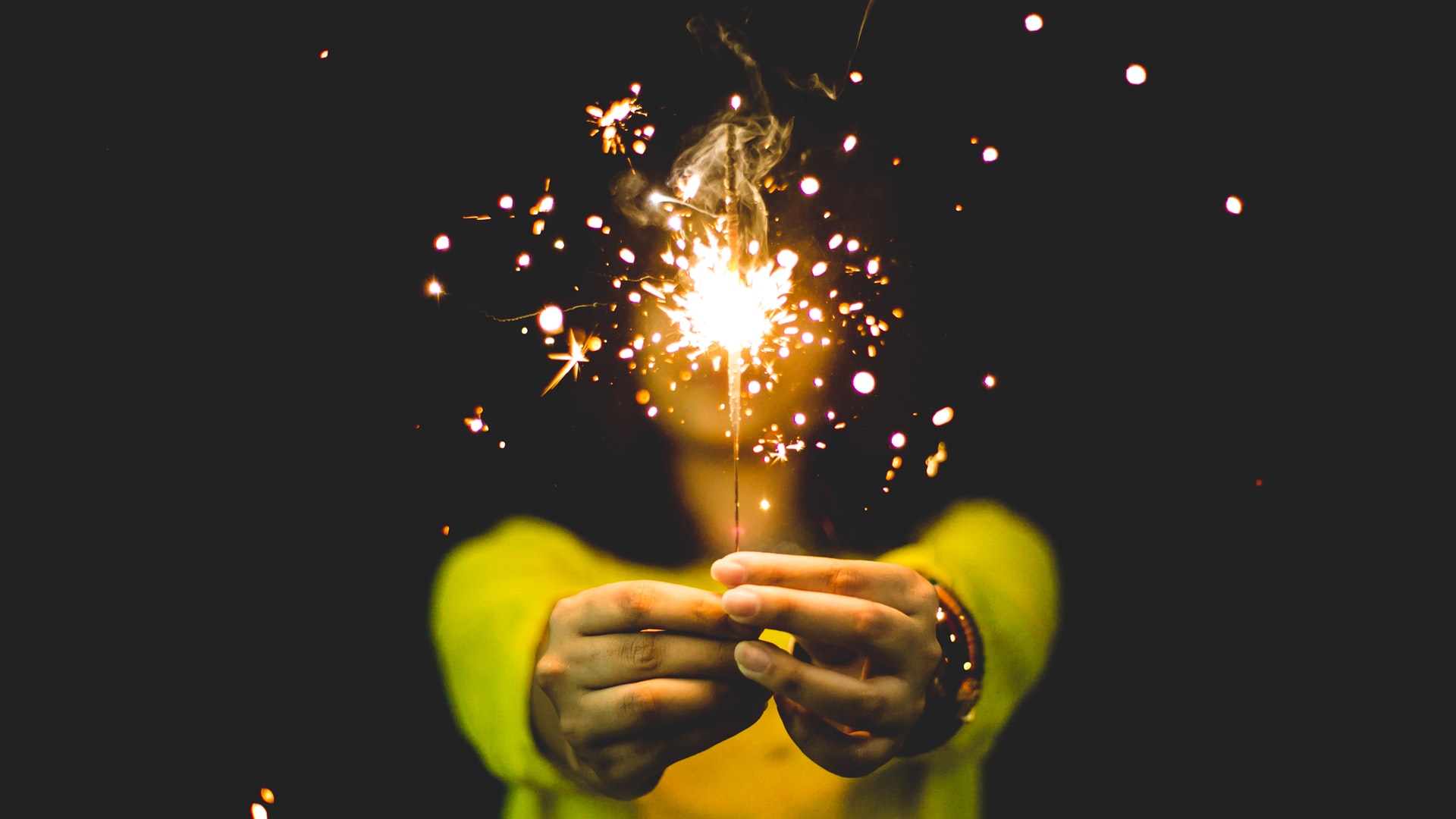 Shining a light on gender, inequality and the pandemic. Photo by Swaraj Tiwari on Unsplash

Why women’s employment is a critical issue for pandemic recovery

As Scott Morrison reshapes the  COVID-19 Commission tasked with providing confidential advice to cabinet on economic recovery, I can’t help but ask – what are the chances of stimulus funding resulting in a fair go for Australian women?

I find myself scrawling through the names. Who is an advocate for women?

What is the likelihood that anyone will speak out about the need for jobs specifically for women, who are more likely to be under-employed or unemployed because of the pandemic? That is what a fair go would look like – more jobs for women than for men.

Somehow I can’t see it happening, regardless of the makeup of this particular committee.

Call me a cynic, and maybe I am. As a gender equality advocate, I have come to terms with the very slow pace of change.

In December 2019 the World Economic Forum released its annual global gender gap report. It showed that it would take almost 100 years to achieve gender equality. With Australia ranked at 44 out of 153 countries, gender inequality is a very real issue for us.

Still, for some reason, gender is not a standard consideration in policy discussions.

Our systems and structures continue to perpetuate a society where decisions are made predominantly by men, and definitely without explicit consideration of the varying effectiveness of the policy on women and men – and virtually every policy has varying impacts on women and men.

It is increasingly evident that this pandemic threatens to drag women’s equality backwards, and we need to make sure this doesn’t happen.

While it has been pleasing to see that the impact on women’s health and wellbeing is being measured and acknowledged, article after article has pointed out the rather grim picture for women and girls.

Impacts include the increasing risk of family violence, the significant toll on mental health and wellbeing, and women taking on even more of their already unfair share of unpaid domestic work and caring. Women are over-represented in front line, and therefore risky work – such as education, aged care, health and social support.

Advocates are highlighting increased accessibility issues for women, many of whom already face barriers to health and safety. For example, a need for information in a range of languages and accessible formats, and concerns addressed about access to family violence services, and sexual and reproductive health and disability related supports and services.

That women are overwhelmingly being affected more than men by the COVID recession is an undeniable fact, which is important to this conversation about economic stimulus.

Groups such as young women, single mums, women already living close to the poverty line are faring the worst. Women are disproportionately represented in low paid, casual, part time and insecure employment, and in industries such as retail, hospitality, and more recently childcare, that have been hit the hardest through the pandemic.

What are advocates saying?

Gender Equity Victoria led the development of a joint statement calling for state and federal governments to recognise the gendered impacts of COVID-19.

It has been signed by more than 100 organisations including many women’s organisations, local governments, and other mainstream services. One of its calls to action is “that all rebuild efforts and investment apply a gender lens so that women and men benefit equally from the long journey towards recovery”.

The Australia Institute has put forward a set of design principles for policy and spending during a pandemic. Of note these include a focus on people and jobs, and on spending that creates lasting benefits. While the report does not specifically refer to gender, the principles recommend targeting those most impacted by the pandemic.

When it comes to a public policy and budgetary response, the question that needs to be asked is whether the voices of advocates are cutting through.

The most recently announced changes to JobKeeper would suggest not. Analysis shows that double the number of women to men will be affected by the cuts to this payment for part time workers.

Similarly the focus on roads and construction results in employment in a male dominated industry, and is an investment that does not yield a lot of jobs for the money spent. A recently announced infrastructure project of the Palaszczuk Government declares a $365 million spend for 350 jobs. That’s more than one million dollars per job.

COVID-19 has provided us with a unique opportunity. Massive spending is required to rebuild our economy – and spending over a number of years. We can use this to create the paradigm shift we desperately need to build a more equal, healthier, safer future for all Australians.

To achieve this, we all need to speak up. Not only women but all of us. We all have spheres of influence, and we need to use them.

Women are slightly more than half of the population of Australia. It is time that we are included in policy making and that we reap at least half the benefits of policy implementation. It is time that the consideration of gender in our policy decisions and in our society is normalised.

So what should a fairer, paradigm-shifting, pandemic recovery look like for Australia?

It would have a focus on employment opportunities for women, across all industries including those that are female dominated, but also in those that are not. It would offer jobs for women that are secure, not just short term or casual.

Our economic recovery should have a focus on lasting benefit. A recent report by Beyond Zero Emissions, outlines how 1.78 million jobs could be created by accelerating the move to zero greenhouse gas emissions though a mix of public and private investment. A green recovery has been called for by a variety of voices including from private sector industries. The important point is for women to have equitable access to the jobs created.

An economic recovery that produces a paradigm shift would be one that promotes the dismantling of gendered inequalities in the workplace, and across our society.

To create this shift we need to listen to women, we need to engage women and men in solutions, and we need to act on solutions that are already evident.

This would mean greater use of flexible workplace policies – by women and men. It would mean addressing the many barriers to women’s participation in the workforce such as the sharing of parental leave, and free or affordable childcare. Importantly it would include addressing discrimination in an array of workplace practices.

So the challenge has been made, will you speak up for a fair go for women? 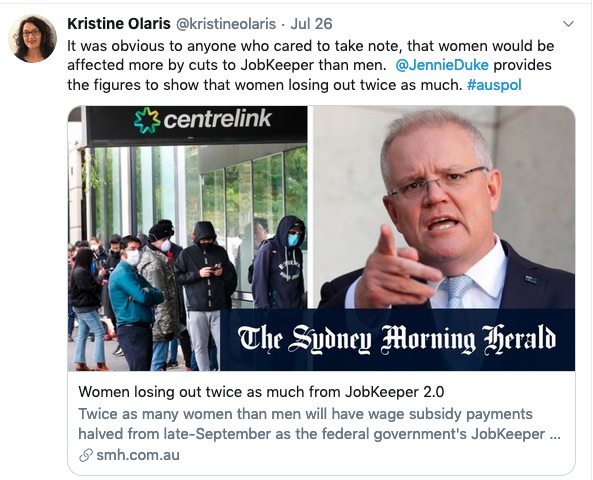 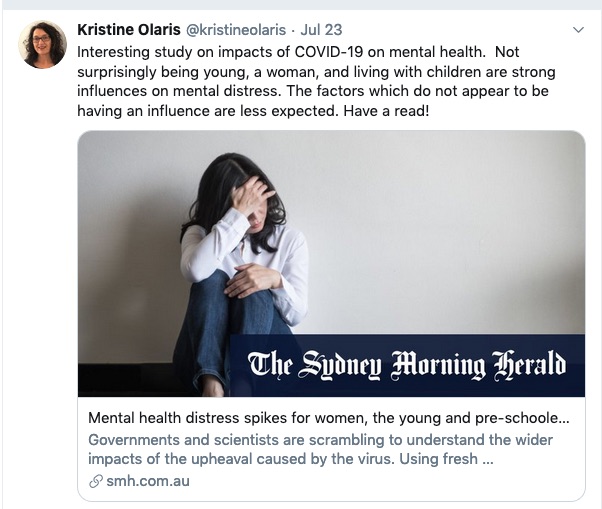 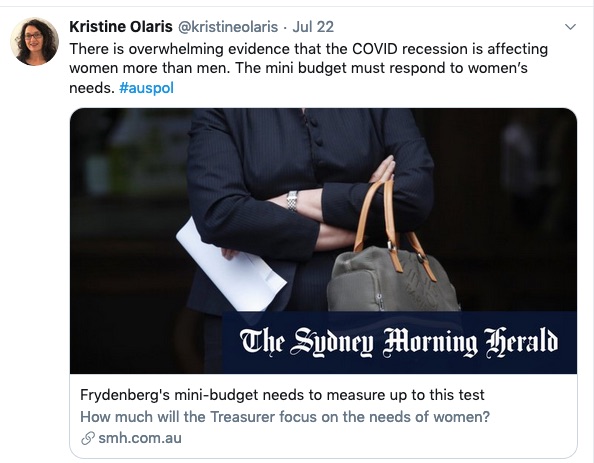