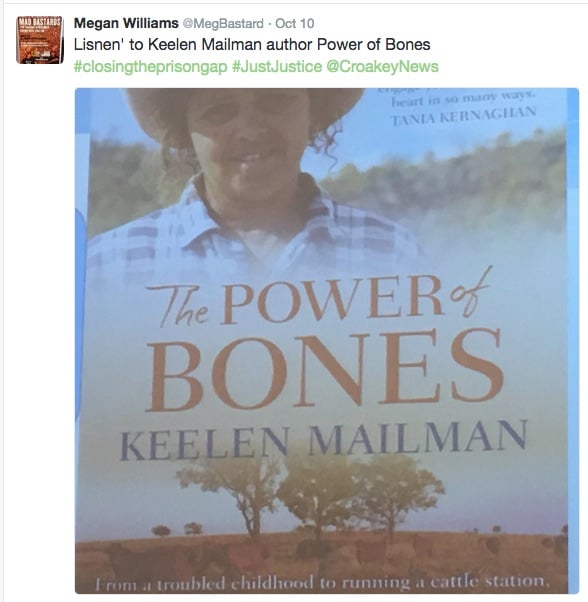 The breadth and depth of work being done by Aboriginal and Torres Strait Islander people and organisations to address incarceration and related issues was profiled at a recent conference, reports Dr Megan Williams for the #JustJustice project.

A majority of presenters were First Peoples, guided by Bundjalung woman Rebecca Couch as MC, and Dr Meg Perkins as conference initiator and coordinator.

Conference attendance was at capacity, with 150 registrants from around Australia meeting at Kingscliff on Cudjingburra country within the Bundjalung Nation. The welcome on both days by Traditional Owners included leader Kyle Slabb reflecting on his mob’s vision for a healthy future, with dancers connecting their stories to the local landscape.

Kaiyu Moura Bayles, a Wonnarua, Wirri and Wakka Wakka woman spoke about Learning the Old Ways, and Inspiring Positive Change and contributed also through her family presence and poetry.

Professor Ross Homel, from the Griffith Criminology Institute, explained the decade-long Creating Pathways to Prevention program, and sparked discussion on the need for strong partnerships in programs and research to privilege the voices of local people.

Focussing on children, Bond University researcher Dr Bruce Watt noted that very few in Queensland are assessed for Fitness to Stand Trial, despite high proportions thought to have intellectual disabilities or other issues impeding understanding of charges and trials.

Catherine Jackson Gidgup, from Gamarada, Yarn Australia and Grandmothers Against Removals spoke about her healing journey, and also supporting others.

Our connection to country was deepened by beautiful images and stories of the Mount Tabor Station Healing and Rehabilitation Centre planned by Keelen Mailman, Bidjara woman, author of The Power of Bones and Mother of the Year winner, and Keith Hamburger, ex-Director Queensland Corrective Services Commission.

The final session sharpened its focus on underlying factors for incarceration. Beginning with Chris Lee, the innovative University of Southern Queensland’s Education in a Box Program overcomes complex system barriers to connect prisoners to tertiary education preparation and qualifications.

Gerry Georgatos from the Institute for Social Justice and Human Rights in WA received a standing ovation for his analysis of data revealing far greater rates of suicide among Australia’s First Peoples compared to other countries, and for his research supporting prisoners to complete education qualifications and prevent re-incarceration.

Professor Harry Blagg from the University of WA presented on Colonial Dispossession: Postcolonial Perspectives on the Criminal Justice System, tracing how incarceration can be seen as extending colonial oppression, including through lack of action to rectify inequity.

Following this, my own presentation on Aboriginal and Torres Strait Islander Peoples’ Research Leadership ended with a call for investigations into governments’ own accountability to meet policy commitments.

NAIDOC Lifetime Achievement Award Winner Tauto Sansbury linked all the themes together, explaining his own journey and how barriers to Self-determination and Treaty contribute to incarceration.

In contrast, mainstream government and community agencies instead report struggling to achieve these, despite their funding and targets. These shortcomings seem essentially to occur because of a lack of trust for Aboriginal and Torres Strait Islander peoples, manifested by government control of programming, funding, data management and relationships.

We talked about Treaty and how it would demand a new relationship with First Peoples, with accountabilities in law.

Mainstream Australia could benefit; it is itself suffering high rates of obesity, suicide, loneliness and alcohol-related harm.

A Treaty envisions all that Aboriginal and Torres Strait Islander cultures have to offer – holistic, integrated care, collective family and community healing, and a responsible orientation toward multiculturalism and environmental protection for future generations.

Cultural resilience was never in question.

Perhaps this will be the theme of the 2017 Closing the Prison Gap gathering?

• Dr Megan Williams is a member of the #JustJustice team, a Senior Research Fellow at the Aboriginal Health and Wellbeing Research team at Western Sydney University, and a descendant of the Wiradjuri people of the NSW Riverine. 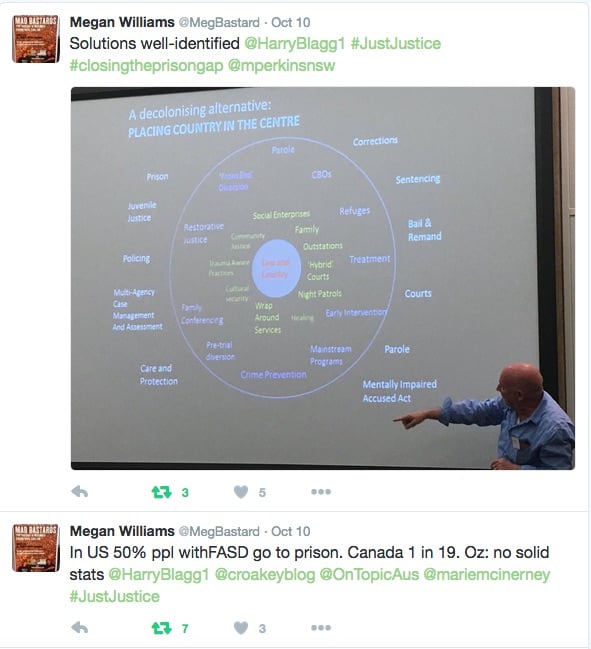 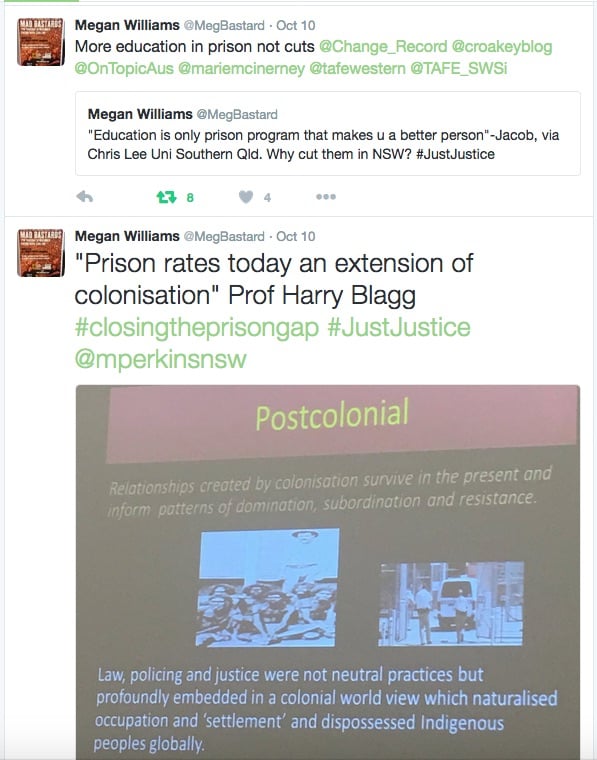 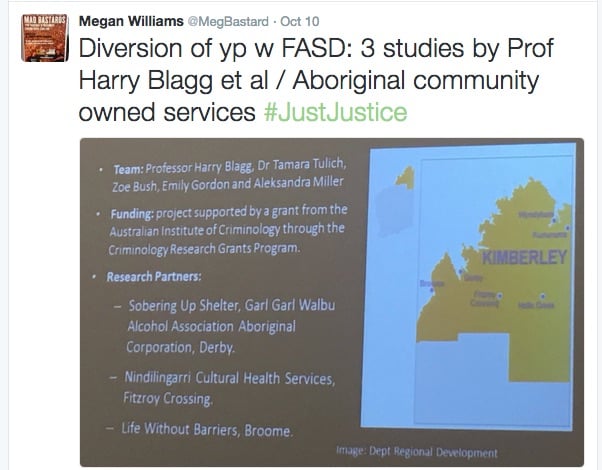 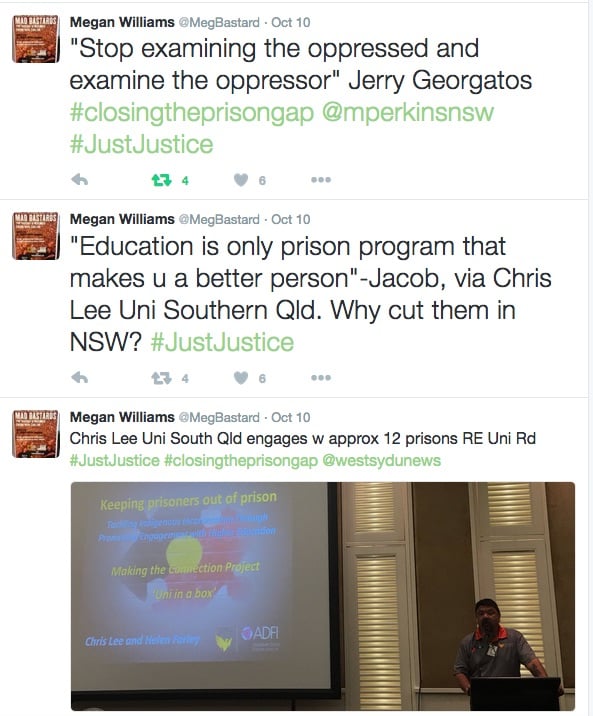 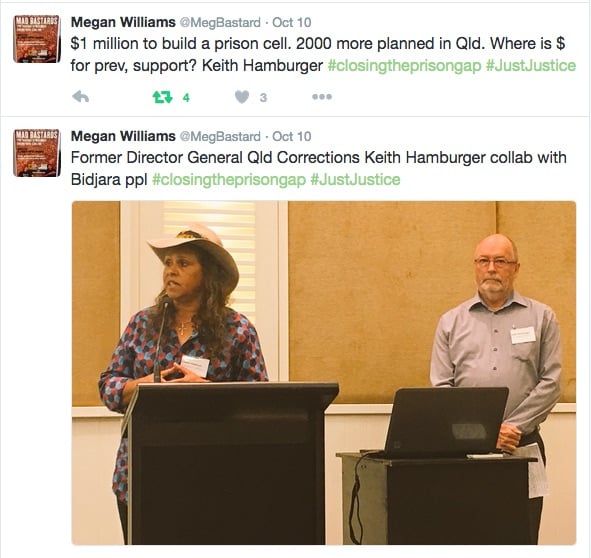 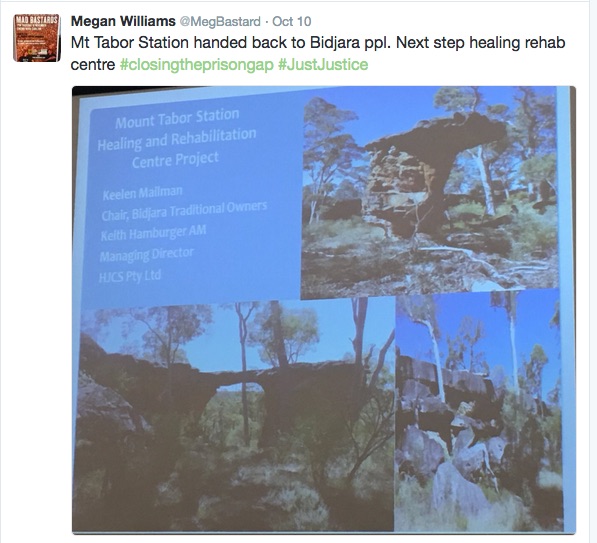 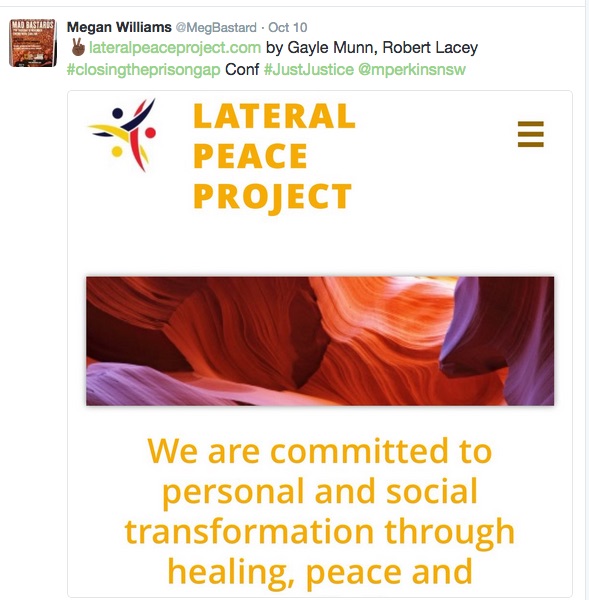 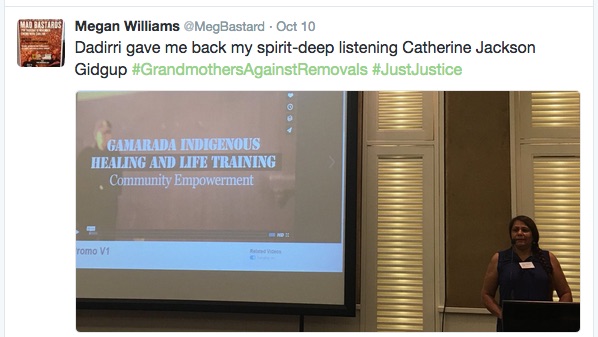 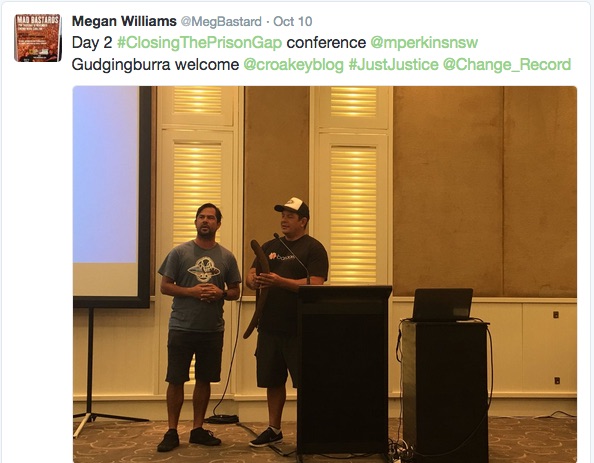 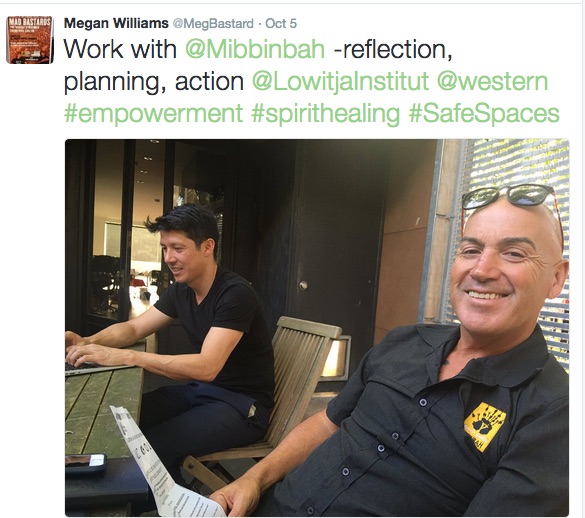