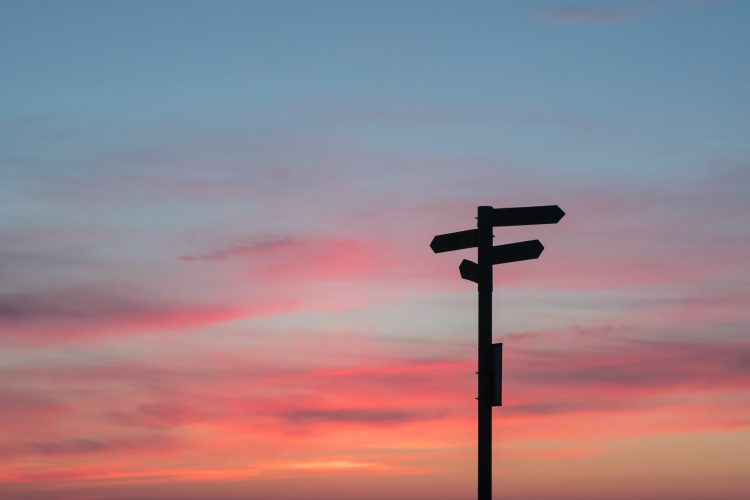 What lies ahead for primary care reform? Photo by Javier Allegue Barros on Unsplash

Introduction by Croakey: Before the Federal election, the Labor Party committed to establishing a Strengthening Medicare Taskforce “to end the primary care crisis”, and promised to invest $750 million in delivering the taskforce outcomes – $250 million per year from 2023-24.

Today, the newly appointed taskforce held their first meeting, on the land of the Gadigal people of the Eora Nation in Sydney, with the goal of identifying the highest priority reforms in primary care.

In a subsequent communiqué, Health and Aged Care Minister Mark Butler, who is chairing the taskforce, said he “was delighted with the spirit of partnership and collaboration” and that “there is no doubt primary care around the country is in a parlous state”.

Butler said the taskforce will develop recommendations in five areas:

Croakey notes there is no mention of issues such as decarbonising healthcare or how the work of the taskforce might intersect with the Government’s recently re-stated commitment to develop a National Climate Health Strategy. Hopefully considerations of prevention and equity are embedded across all five domains.

The taskforce agreed to develop a work program, and to report to Government at the end of 2022. It will meet again in August.

cohealth’s Chief Executive Nicole Bartholomeusz said some of the ideas already being considered by taskforce members, such as better integration of nurse practitioners and allied health with GP practices, and a greater focus on chronic disease management in the community, rather than in hospitals, is exactly what organisations like cohealth deliver.

“Our model of care keeps people with complex health issues out of hospitals and acute care settings by offering multidisciplinary, team-based health and social services – which includes GPs – close to where people live. We work intentionally to build trust and confidence with communities by offering affordable, accessible, trauma informed and culturally safe services. This philosophy is at the heart of community health,” she said. 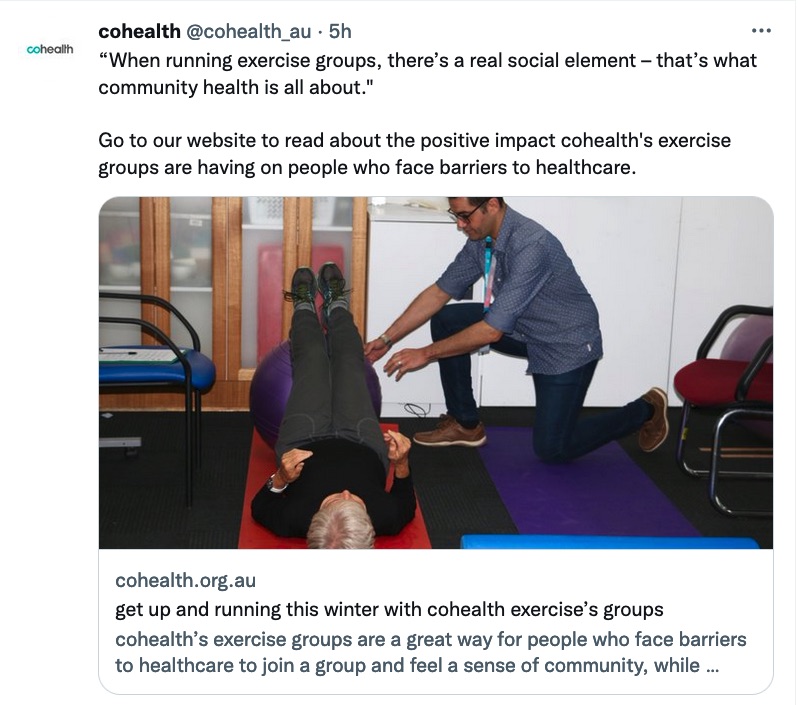 Bartholomeusz said a key taskforce priority will be how to improve the system for people who have the poorest health. “People who experience disadvantage or have complex health conditions have the greatest health needs yet face significant barriers to receiving care,” she said.

“The community health model of care provides a blueprint for how we can improve the health of all Australians, but especially people living in poverty or experiencing homelessness and those who face discrimination.”

Bartholomeusz said that Medicare funding reforms should recognise that meeting the needs of people experiencing disadvantage comes with additional costs and resourcing requirements, including use of interpreters, longer appointment times and specific expertise.

“Community health services do an exceptional job of improving the health of some our most disadvantaged community members, but we would operate more sustainably, and with a wider reach if Medicare funding reflected the greater complexity of our clients and our work.

“We encourage the taskforce to acknowledge that fee for service medicine does not work for everyone. We call for the taskforce to examine a new model of Medicare payments, which includes a loading for client complexity and enrolment of clients with outcome-based payments.”

Ahead of today’s meeting, health policy analyst Professor Stephen Duckett, a member of the taskforce, identified other key issues for the group’s agenda in the article below, first published by John Menadue’s Pearls & Irritations site.

One thing primary care has a lot of is reports about reform. But despite a significant investment in reviews, consultations, and paper over the last five years, not a single cent has been invested in transforming these words on paper into policies which benefit patients and practitioners. Even though the previous government’s ten-year primary care strategy was released on Budget night, no dollars were allocated for implementation.

The problems are well known. Bulk billing of general practice visits is at an all-time high but anecdotally is under threat. Out-of-pocket payments for general practice visits are going up faster than inflation. The number of GPs is not keeping pace with growth in the patient population. The skills of many health professionals are not being fully used. The funding system does not encourage outreach from a general practice, and rewards short rather than long consultations. And general medical practice is rarely multi-disciplinary.

But there is room for hope. The Labor Party announced a ‘Strengthening Medicare task force’ before the last election to examine the problems of primary care. Importantly, the signs are that this will not be just another talk fest. It will be chaired by the Minister for Health, Mark Butler, committing his time and reputation to reform, so if nothing comes out of it he will have a whole omelette on his face.

His job is easier because the new government has put money on the table – about $250 million in a full year. Primary care needs are great, of course, so the task force will be about what should be the priorities for allocating these funds. It is unlikely that primary care can be ‘fixed’ with a quick six month process and $250 million extra per year, so those priorities need to be about real benefits to patients and real primary care transformation if further stages of reform are to be justified to Treasury and the voting public.

Primary care policy needs to be seen as national, rather than Commonwealth, with the states given a greater role in policy development, funding and implementation. States already fund community health services – some states more than others – and these vestiges of a Whitlam-era initiative still show what good primary care looks like: accessible, locally-focused, multi-disciplinary, and preventively-oriented. In 2022, we would add digitally-supported.

Those characteristics point to some directions for reform. How much of the $250m will be to redress the slow indexation of GP rebates in recent years? And what will patients get in return in terms of increases in bulk-billing rates or reduced out-of-pocket payments?

But the big focus should be on building a primary care system, not simply a primary medical care system. We need a review of the digital infrastructure required to support high performing value based primary care. But more fundamentally, a focus on the ‘I’ word, integration, and the ‘M’ word, multi-disciplinary is required. Both are critical in an environment when more people have multiple chronic diseases, with their co-morbidities including mental illness as well.

‘Integration’ has multiple meanings. Importantly, organisational integration – a very commonly advocated strategy – doesn’t necessarily breed service integration. Even if all primary care services were merged organisationally into one large happy family – a political impossibility in Australia, given the very strong role of private provision – there is no strong evidence that bigger is better in primary care.

Coordinating and integrating services mean making difficult choices and trade-offs. The proliferation of primary care service programs by both Commonwealth and state governments is, in part, a testament to the success of governments in avoiding such decisions. It is easier (and more politically popular) to announce a new funding program than to encourage existing health services to collaborate in meeting service gaps.

However, just as with politics, all integration is local and must take account of local circumstances, population needs, and local service gaps. This framing of the integration conundrum raises questions as to how governments can support better integration of services as the increased prevalence of chronic illness requires. Perhaps the Strengthening Medicare Taskforce could augment the new money allocated by sweeping some of the existing programmatic confetti into its remit, to foster a more integrated approach to local provision. Or maybe this should be part of the next wave of reform.

Integrated care is essential for good primary care, but integration of whom for what? The atomised nature of Australia’s primary care system and the increasing prevalence of chronic illnesses make the integration challenge more difficult in Australia than in the United Kingdom (UK) or Canada, which both have a single level of government responsible for all health care and, especially in the UK, an organised system in the form of the NHS. Nevertheless, there are good examples of integration occurring in Australia, and international examples of better integration can provide lessons for how to move faster on integrated care in this country.

But siloed funding – where services are funded in narrowly defined programs – and multiple funding and provision arrangements with some services covered by Medicare and some not, and some salaried in state-funded community health services and some fee-for-service, create a very complex reform environment. Reform will inevitably change how revenue flows to providers, leading to uncertainty. Powerful entrenched interests can be expected to guard their current turf and conspire to make reform difficult. The stakeholder magic that converts private interest into (alleged) public interest will make reform even harder.

The epidemiological transition – where there is increased prevalence of chronic disease and multi-morbidity – should be associated with changed treatment patterns: more integrated care, more multidisciplinary care, more teamwork and inter-professional collaboration. This again suggests an ongoing relationship between provider(s) and patient, identifying what is wrong and working with the patient to meet their needs.

If primary care is to be the foundation of the Australian healthcare system, as the rhetoric regularly espouses, decision-makers and health professionals need to step back to identify the critical changes that need to occur over what time frame. One of these will surely be voluntary patient enrolment whereby if a patient enrols in a practice, the practice gets an extra annual payment which varies with, say, the age of the patient. The extra payment would allow the practice to employ nurses and other health professionals to provide additional care, including preventive care, to the patient.

This will inevitably involve winners and losers in terms of the turf wars, and so there needs to be compromise to effect the necessary changes, and negotiating this will be a key challenge for Minister Butler as chair of the Strengthening Medicare task force. But there are some positive signs of shifts in stakeholder positions in recent years. The medical profession, for example, which has consistently argued against voluntary patient enrolment over decades, is slowly moderating its position and now is cautiously in support.

A recent review of strategies to improve primary health care in low- and middle-income countries identified four necessary ‘strategic levers’: political commitment and leadership; governance and policy; funding and allocation of resources; and engagement of communities and other stakeholders. All are necessary in Australia too, and all are lacking. Importantly, the first on the list is political commitment and leadership. The Strengthening Medicare Taskforce is a sign that there is now committed political leadership, creating a window of opportunity.

Whether a transformed, contemporary primary care nirvana occurs is more a matter of hope than expectation. Primary care was not identified as a priority in a recent national road map of ‘long-term health reforms’.

But it is nevertheless possible to see a scenario where there is much more collaboration on the ground, much more joint funding, and much more cooperative professional working in the interest of better care for patients.

Stephen Duckett, an economist, is an Honorary Enterprise Professor in General Practice and in Population and Global Health at the University of Melbourne, Chair of the Board of Eastern Melbourne Primary Health Network, and a member of the Strengthening Medicare Taskforce. 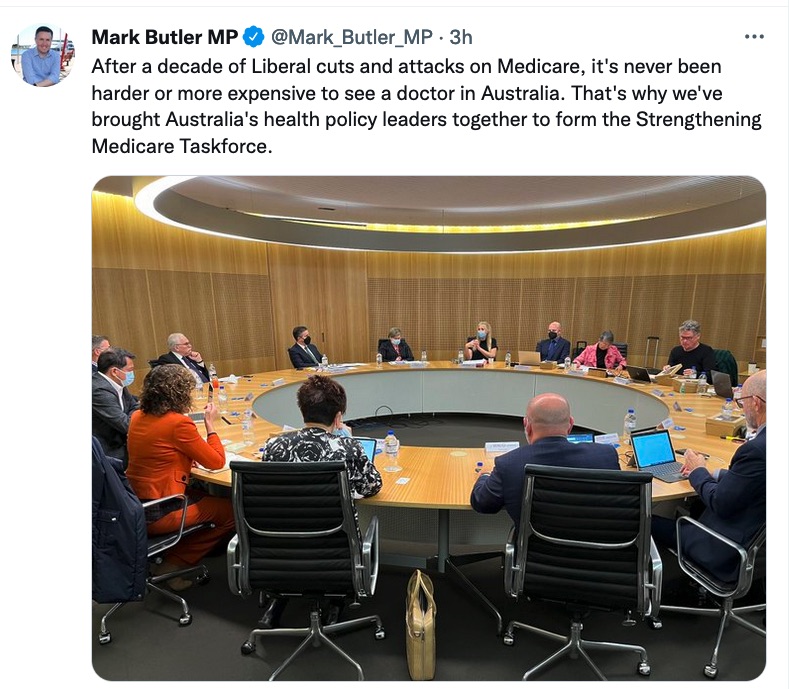 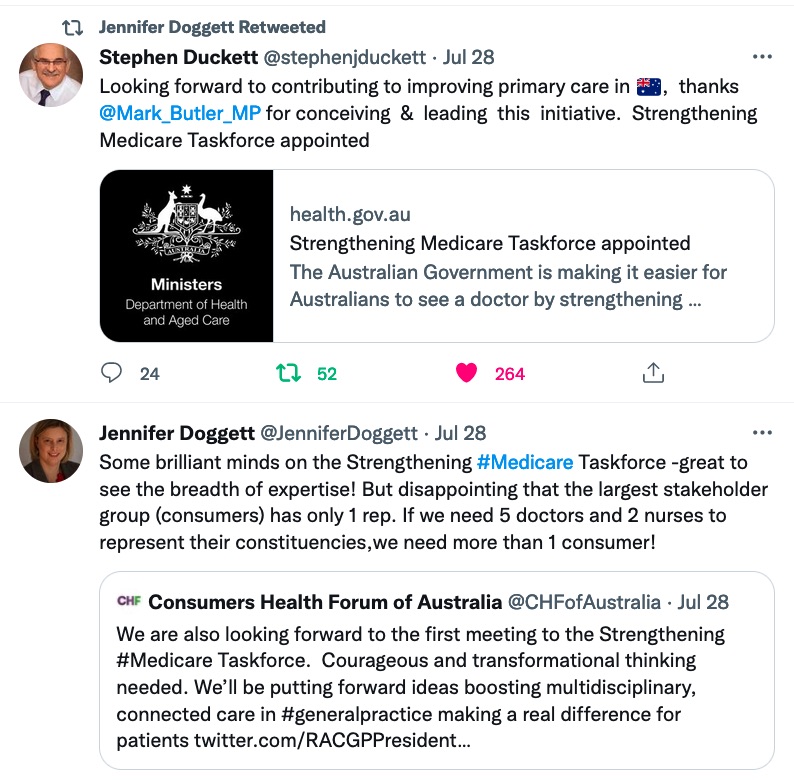 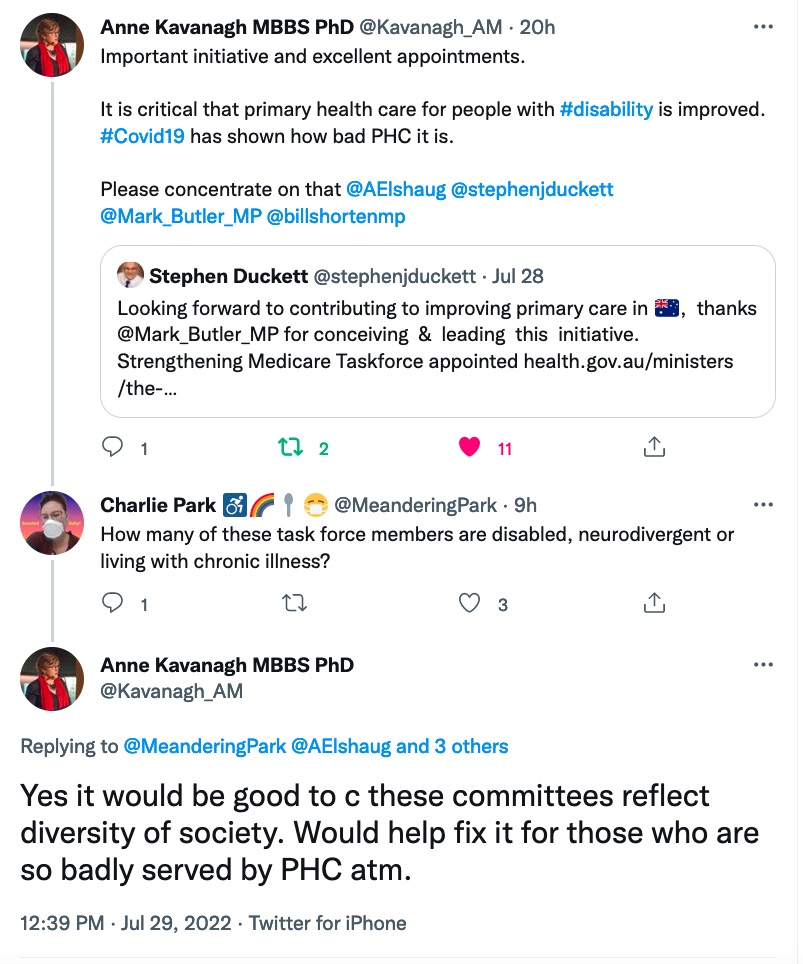 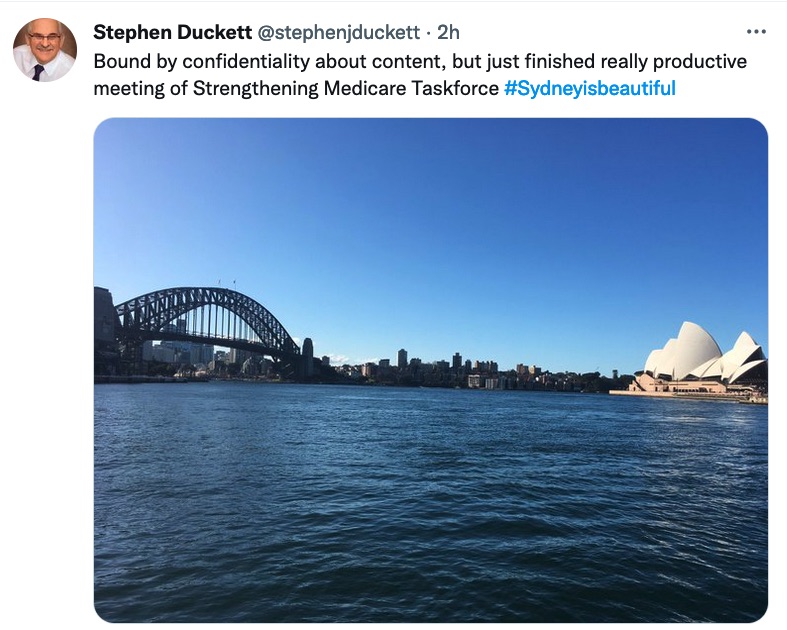 PrevPreviousRaising the voices of disabled women in conversations about violence
NextInnovation, collaboration and bridge-making: national conference to put a timely focus on rural healthNext