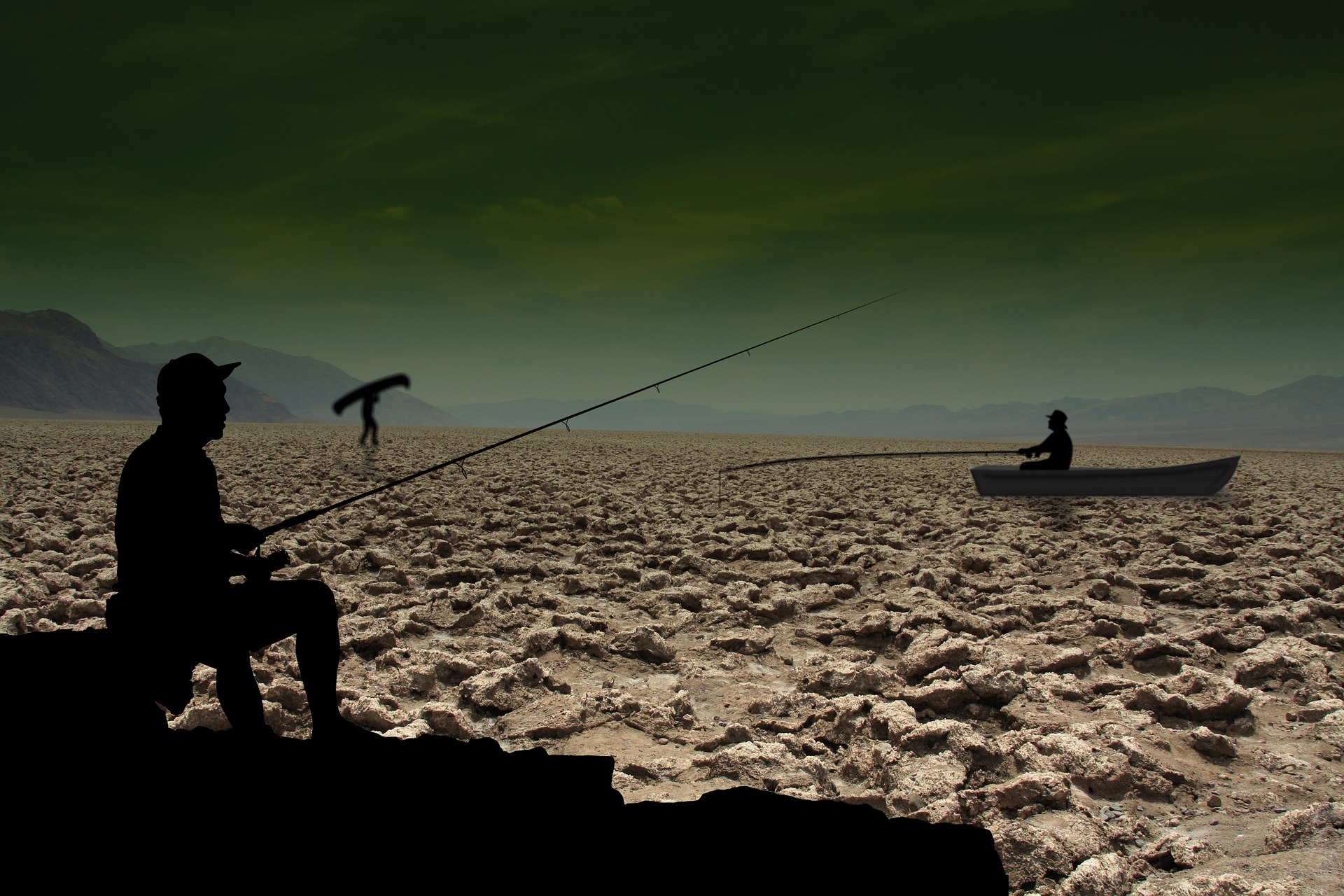 Will ‘loss and damage’ remain unpaid at COP27?

Introduction by Croakey: With Fiji, Pakistan and the Zenadth Kes/Torres Strait among the growing number of places experiencing climate change harms, governments meeting at COP27 are under increasing pressure to finally address who should pay for “loss and damage”.

In this article originally published in The Conversation on 10 November, Professor Jacqueline Peel, Director of Melbourne Climate Futures at the University of Melbourne, explains why rich nations refusing to take responsibility as poor nations’ face a $1 trillion dollar ‘loss and damage’ bill is the big issue at COP27. (See links at the end of the article to Twitter reports detailing more recent news on the loss and damage negotiations).

As Peel notes, health is one of the many ways loss and damage is felt. For further reading, the World Health Organization (WHO) has recently released a Policy Brief on Loss and Damage detailing the sudden and long-term impacts to health and well-being of the ‘complex, compounding, and cascading’ affects of climate change.

Yet, as the WHO brief also points out, “the less climate action that is taken, the more loss and damage will need to be addressed”.

The costs of climate-related disasters are growing and the poorest countries are bearing the brunt of impacts, from the unprecedented floods in Pakistan to the expanding famine in Somalia. Natural disasters in 2022 alone cost the global economy an estimated US$227 billion.

Such disasters are driving calls at the COP27 climate summit this week for rich countries to pay for the “loss and damage” poorer countries have suffered (and continue to) because of climate change.

Loss and damage finance would help developing countries recover from climate change fuelled disasters and economic losses, and could extend to non-economic losses such as cultural destruction, displacement and health impacts. But this type of funding has long been a sticking point at global climate change negotiations.

How on earth can one expect from us that we will undertake this gigantic task on our own?”

A few nations have made loss and damage pledges so far at COP27, but the money presently on the table is only a drop in the ocean compared to what’s actually required. By 2050 the economic cost of loss and damage in developing countries is estimated to be between US$1-1.8 trillion.

So why is loss and damage such a hot issue? And why is it only now that developed countries are beginning to talk about it? 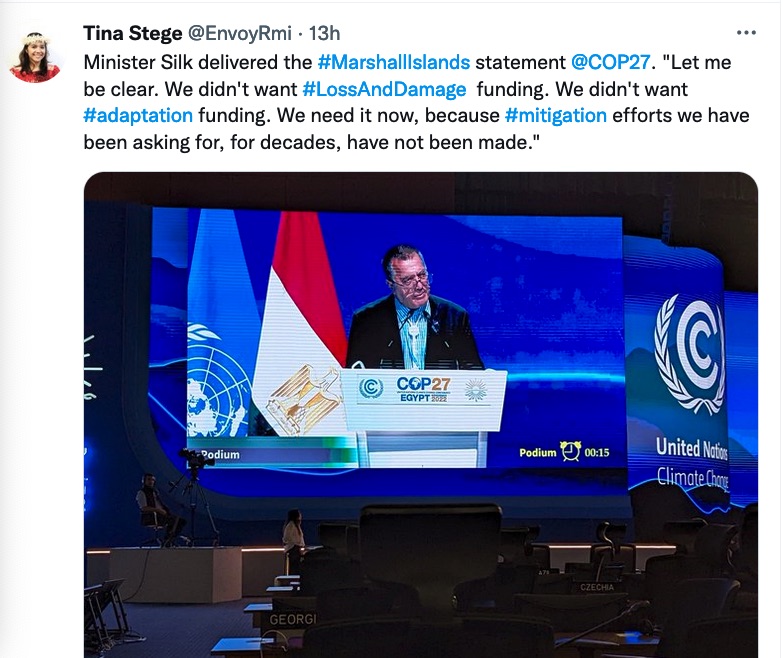 Money on the table

A report presented at COP27 challenges the adequacy of this amount, showing developing countries need a staggering $2 trillion each year from 2030 of climate finance.

Denmark took the lead on loss and damage finance in September, when it pledged 100 million Danish krones (US$13.5 million). A few other nations have since followed suit during the summit and at its “finance day” yesterday.

Germany has pledged €170 million (US$170.4 million) for its “Global Shield” project, which will provide climate risk insurance and prevention support to vulnerable countries. Ireland announced it would contribute €10 million (US$10 million) to this project in 2023.

Under heavy lobbying from Barbados, the United Kingdom government announced a loan scheme with so-called “Climate Resilient Debt Clauses”. This offers low-income countries and small island developing states the ability to defer debt repayments for two years years in the event of a severe climate shock or natural disaster.

This year marks the first time loss and damage is formally on the UN climate conference negotiating agenda – though it took marathon negotiations into the small hours on the conference’s first day to get there.

While this is an important victory for developing countries and small island nations, the intense negotiations just for the right to talk about loss and damage show how fraught the issue is.

What’s more, the agreement to simply put loss and damage on the agenda comes with terms. One is to put a plan in place by 2024, which is considered “our bare minimum” by the Alliance for Small Island States. Activist Mohamed Adow from Power Shift Africa was scathing, saying it left talks “like a car that stalls on the starting grid” if no plan is agreed in Egypt.

Another condition is to exclude discussions on liability and compensation. This is a red line issue for many rich countries such as the United States, which fear that admitting liability for historical and ongoing climate disasters could open themselves up to compensation for open-ended claims.

But for nations most vulnerable to climate change, there are critical issues of climate justice at stake.

Climate justice means recognising that those who have contributed the least to climate change are bearing its greatest costs in extreme weather, disasters and sea level rise, and then taking measures to redress that inequity.

This world looks, still, too much like when it was part of an imperialistic empire.”

Mottley also called for oil and gas companies to be required to contribute to a loss and damage fund, asking:

How do companies make $200 billion dollars in profits in the last three months and not expect to contribute at least 10 cents in every dollar of profit to a loss and damage fund?”

What happens if finance fails?

Despite the strong rhetoric following the COP27’s finance day announcements, we’re unlikely to see agreement on a funding target for loss and damage at COP27. The pledges of developed countries have been welcomed, but developing countries are pushing for a long-term, global systemic response.

Where there may be more progress is on a funding delivery mechanism, and a clarification of where finance might come from – whether from governments, multilateral funding agencies, private finance sources or big polluters. 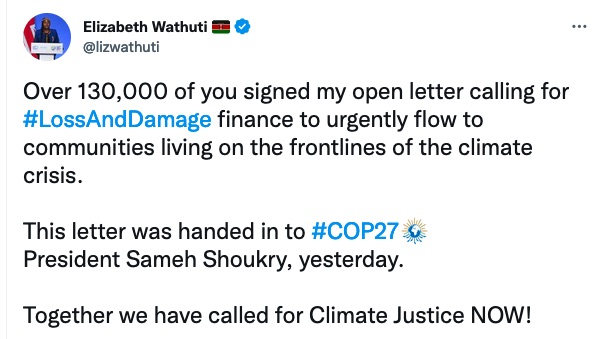 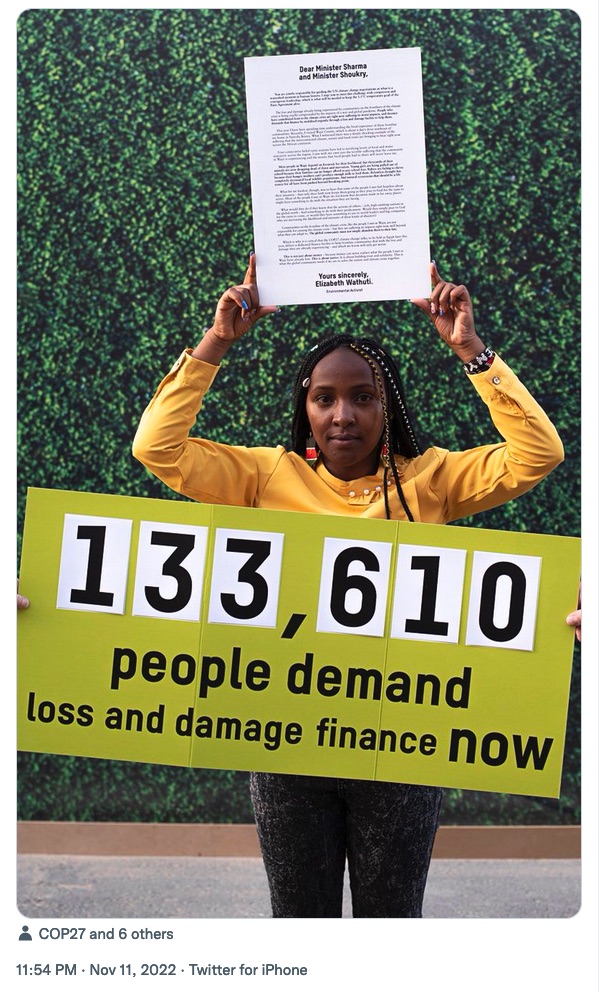 If developing countries don’t see progress on loss and damage funding at COP27, they may explore other options to hold nations and carbon major companies to account for the harms their emissions are inflicting, including through litigation before domestic and international courts.

Many nations already are exploring such options. Antigua, Barbuda and Tuvalu are together planning to bring an advisory opinion request on climate harms to the International Tribunal for the Law of the Sea. Vanuatu is mobilising support for a similar request to the International Court of Justice.

More broadly, failing to meet the developing world’s calls for fairness through genuine negotiations on loss and damage risks unravelling the fragile hopes for climate solidarity that underpin international action.

If COP cannot deliver on its promise on loss and damage […] 40% of the world’s population and more will wonder what the point of it is.”

• Professor Jacqueline Peel is the Director, Melbourne Climate Futures, The University of Melbourne, and a leading, internationally-recognised expert in the field of environmental and climate change law. 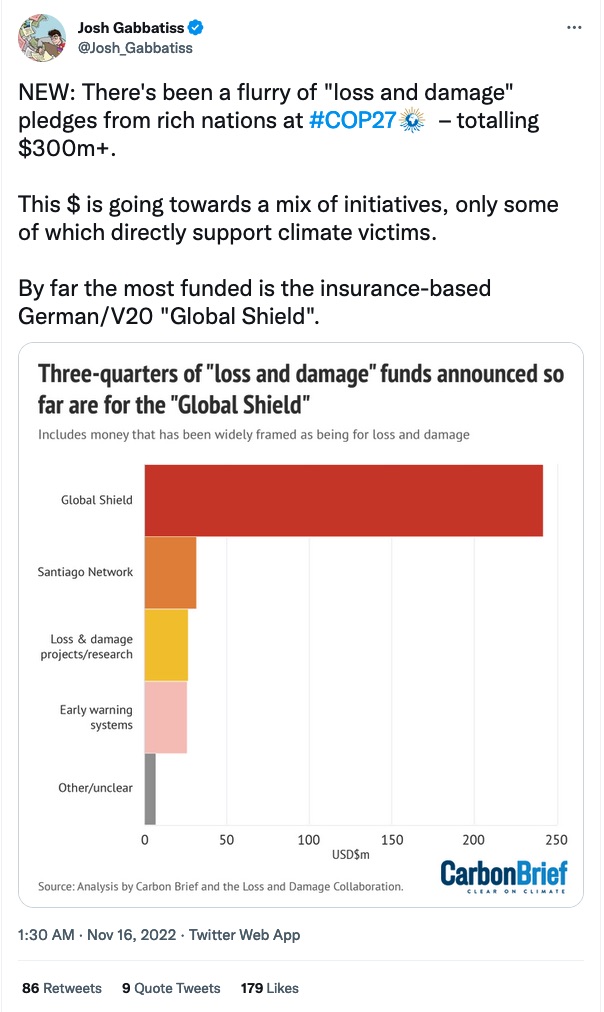 The Loss and Damage Collaboration has also done a detailed Twitter thread on the state of negotiations and the context and history (16 November), including to this background brief. 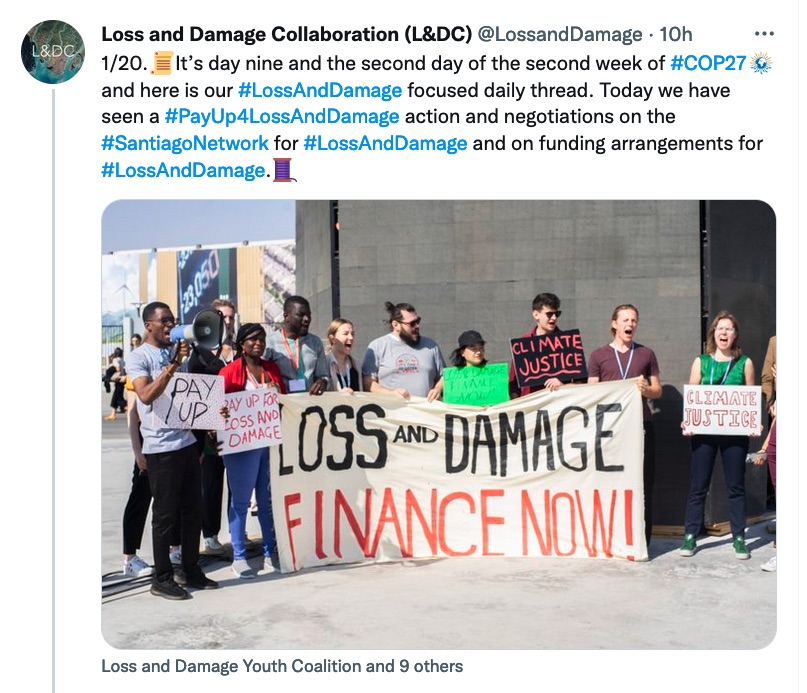 PrevPreviousHow should Australia respond to the current COVID-19 wave?
NextLocally and globally, what will it take to reorient towards climate justice?Next