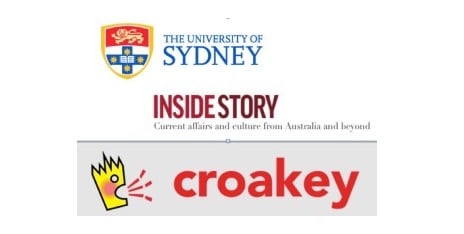 The topic for the competition was: In the digital era, whose voices are being heard?

The winning entry will be published soon at the online current affairs publication, Inside Story. 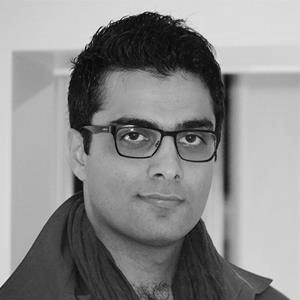 Amin Ansari holds a bachelor’s degree in Software Engineering and a Master of Dramatic Literature. Following his interest in multidisciplinary fields of study, he is undertaking his PhD at the Screen and Media department at Flinders University, with a particular focus on the engagement of art and digital media with activism and politics. His thesis is currently under examination.

Amin is the founder and curator of Greens’ Art website, the most comprehensive online archive and exhibition of artworks related to the Green Movement of Iran. Also, as a published author, he has been writing stories and plays for the past 13 years. He has published five books in Iran, Germany and the UK including three novels (Waltzing the Dark Waters, Hunt, and I is [sic] Sad in His Absence) and two novellas (They Know Nothing of Heaven and Seven Years of Solitude) – all in Persian.

His new novel, Invisibility, is going to be published soon. He is also the co-founder, co-producer and host in Radio Shahrzad, a podcasting service focused on literature and music. He says:

“My essay elaborates on the ways the asylum seekers who are kept in Australia’s remote detention centres have used digital tools and media to express themselves and reach Australian people. The role of digital media as a means of activism becomes more significant in this case, due to the government’s strict policies in keeping the Australian public distracted from the ongoing issues in these centres and its unacceptable behaviour against these devastated human beings.”

Other finalists in the competition were:

• “Speaking up or being heard? Marginalised voices and policy development in the digital age”
By Dr Justine Lloyd from the Department of Sociology at Macquarie University and Dr Tanja Dreher from the School of the Arts, English and Media at the University of Wollongong.

The winning entry in 2013 was by Dr Tim Senior, “Climate change and equity: whose language is it anyway?”, and NSW freelance writer El Gibbs won the 2014 competition with an essay titled, “A place to call home: housing security and mental health”.

The $5,000 competition honours the work and memory of the late Professor Gavin Mooney, a health economist who was a tireless advocate for social justice.

It is a joint project of the Sydney School of Public Health at the University of Sydney, Croakey, and Inside Story, an online current affairs publication from the Swinburne Institute for Social Research.

Gomeroi writer and blogger Kelly Briggs (@TheKooriWoman) and Croakey editor, Melissa Sweet, stood aside from judging of the finalists due to potential conflicts of interest.

Entries were de-identified for the judging process, and assessed according to four criteria:

Arrangements for the next Gavin Mooney Memorial Essay Competition will be announced next year.

• This statement is issued on behalf of the Sydney School of Public Health at the University of Sydney, Inside Story, and Croakey. For further information, contact Croakey via the contact details on the website.

PrevPreviousIn case you needed a reminder: so much room to improve primary health care in Australia
NextMYEFO: making healthcare more expensive and less accessible for manyNext