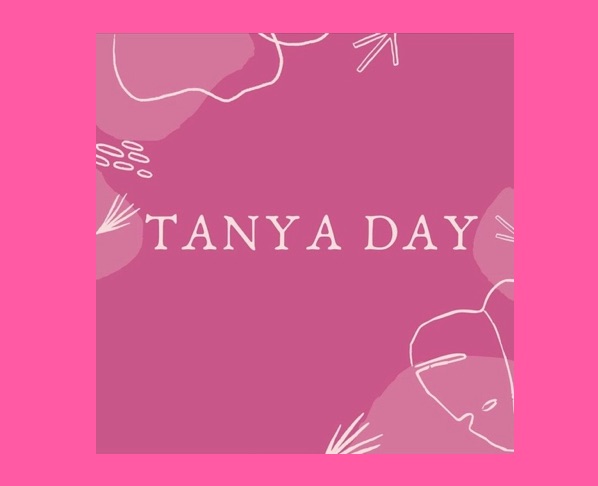 Workforce matters, for health and safety for Aboriginal and Torres Strait Islander people

Her article is published on what would have been the 58th birthday of Tanya Day, whose death in custody in December 2017 is the subject of one of these reports. Across social media today, supporters shared photographs of themselves wearing pink to pay their respects, using the hashtag #PinkforTanya, in response to a request by her family.

Readers are advised this article contains names and sensitive information about deaths of Aboriginal and Torres Strait Islander people in Australian government services.

Commission recommendations, Inquest findings and Ombudsman reports about Aboriginal and Torres Strait Islander people’s health and wellbeing are frequently quoted in attempts to improve systems and prevent further harms and deaths occurring. Their pages often include recommendations for mainstream, non-Indigenous workforce development, ranging from disciplinary actions to supervision and training.

Two recent reports reiterate this – the Victorian Director of Public Prosecution’s (DPP) decision to not prosecute two police officers involved in the death in custody of 55-year-old mother and grandmother, Aboriginal woman Tanya Day, and the Queensland Office of the Health Ombudsman’s investigation into the death of six-year-old Torres Strait Islander boy Charlie Gowa. He was turned away from Bamaga Hospital multiple times after being inadequately assessed or treated.

It was a landmark decision of the Victorian Coroner’s Court to refer Victorian police officers for investigation by the DPP. Coroner Caitlin English’s findings were clear about the need to investigate “whether any type of racism, systemic or otherwise, was a factor in the cause or circumstances of Ms Day’s death” (page 18). Coroner English recommended investigation of not only the medical management and whether the death was preventable but also the context and circumstances.

The OHO’s investigation into Bamaga Hospital revealed the context and circumstances of Charlie’s death; it occurred from an extensive list of systemic issues, which meant he was turned away daily for six days without adequate assessment or treatment of meliodosis, a bacterial infection.

No charges have been laid against staff responsible regarding either the death of Tanya Day or Charlie Gowa. The Human Rights Law Centre, which represented the Day family in the coronial inquest into Tanya’s death, indicated that the DPP had to consider likelihood of a conviction and if prosecution was in the public interest.

Both these reports, however, outline a number of issues of public interest, particularly staff incompetence, unconscious bias, poor professional networks to provide alternative supports in decision making and care-giving, and as Coroner English put it: the culture of complacency in relation to assisting Aboriginal and Torres Strait Islander people.

A third report, We Are Working for Our People, has a much more proactive lens.

It outlines the benefits of Aboriginal and Torres Strait Islander workforces, particularly for ensuring health services are culturally safe.

It is evident that a strong Aboriginal and Torres Strait Islander health workforce makes a big difference in ensuring the delivery of a culturally safe and effective health service that must be fully recognised by the broader health sector.”

These important elements of service delivery were missing from the care of Tanya and Charlie, and Coroner English’s report and the OHO’s report recommended improvements to ensure culturally-safe care. While both these reports mentioned Aboriginal and Torres Strait Islander workforces, they did not elaborate on their strengths, nor on their role in righting systemic bias and racism.

I don’t hear the conversation too often around how important having Aboriginal people at the forefront is key to closing the gap… And in fact what I’ve experienced is actually winding back of stuff that places Aboriginal people there.” (Manager, ACCHO) (page 39).

Growing and supporting the Aboriginal and Torres Strait Islander health workforce is therefore critical to achieving health justice for our people.” 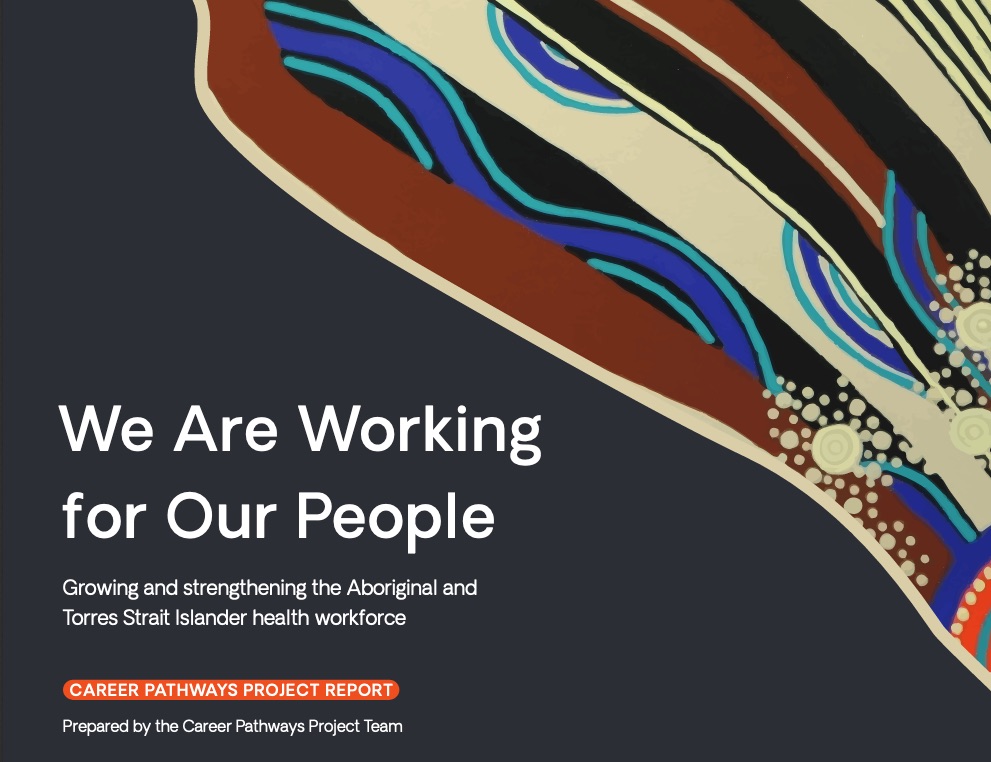 The issues are circular – until mainstream health, police and corrections services enact policies already in place for cultural safety and adhere to quality standards, they will fail in their attempts to increase their Aboriginal and Torres Strait Islander workforces.

These messages are also clearly articulated in Dr Debbie Bargallie’s new book, Unmasking the racial contract: Indigenous voices on racism in the Australian Public Service, which highlights the importance of addressing racism across entire systems.

The Career Pathways Project report calls for greater workforce accountability through accreditation, and outlines the effort Aboriginal and Torres Strait Islander professionals have made to see this is achieved:

You know, we’ve worked with the Australia Safety and Quality Commission. So, they set the standards for hospitals.

We’ve worked with them on ensuring that they now have a standard that names cultural safety…hospitals need to respond to that accreditation standard.

We’ve worked, certainly across the Australian universities…talking to them about having [something] built into the…accreditation standards for courses and educational institutions.” (Stakeholder) (p. 32)

The public discourse that underscores cultures of complacency must change too. Media and public discourse continue to overwhelmingly portray Aboriginal and Torres Strait Islander people as disadvantaged, poorly educated and unwell, and untrustworthy.

Responsibility is thus on managers of services to develop competencies of staff, as the Career Pathways Project reports:

Managers in all health services need to be competent at managing a culturally diverse workforce, with this considered as a mandatory skill, supported by access to specific evidence-based professional development strategies.”

Coroner English recommends Aboriginal and Torres Strait Islander community be involved in providing training, including around unconscious bias and how to reduce its impact.

However, the issue of ‘cultural load’ on Aboriginal and Torres Strait Islander people to provide cultural leadership or mentoring, as well as carry out their core clinical or operational duties has been raised in other studies and Croakey reportage. The over-burden on Aboriginal and Torres Strait Islander staff leads to burn-out and shows discrepancies in remuneration and career progression

Therefore, as the Career Pathways Project says, “Appropriate cultural mentoring for non-Indigenous managers and leaders” is required for improvements in their skills.

At each of these moments, there should be criteria for cultural competence of the staff, cultural safety and safety generally of the process and setting, and cultural responsivity of the organisation to meet the needs of Aboriginal people.

But how will they get this training? There are limited professional and higher education opportunities for staff development.

HRLC Senior Lawyer Monique Hurley argues, “It should not be left to Aboriginal families, like the Day family, to continue fighting for justice and accountability.”

Author note: I express deep sadness at the loss experienced by the families referred to in this article, which triggers memories of my own family experiences. I am contactable for further information about the Career Pathways Project research, and a similar suite of workforce research reports in NSW that have been declined for release by government.

Associate Professor Megan Williams is the Research Lead and Assistant Director of the National Centre for Cultural Competence at The University of Sydney. Pictured below with Professor Simon Bronitt, Dean of Sydney School of Law, who is cited in Coroner English’s report. 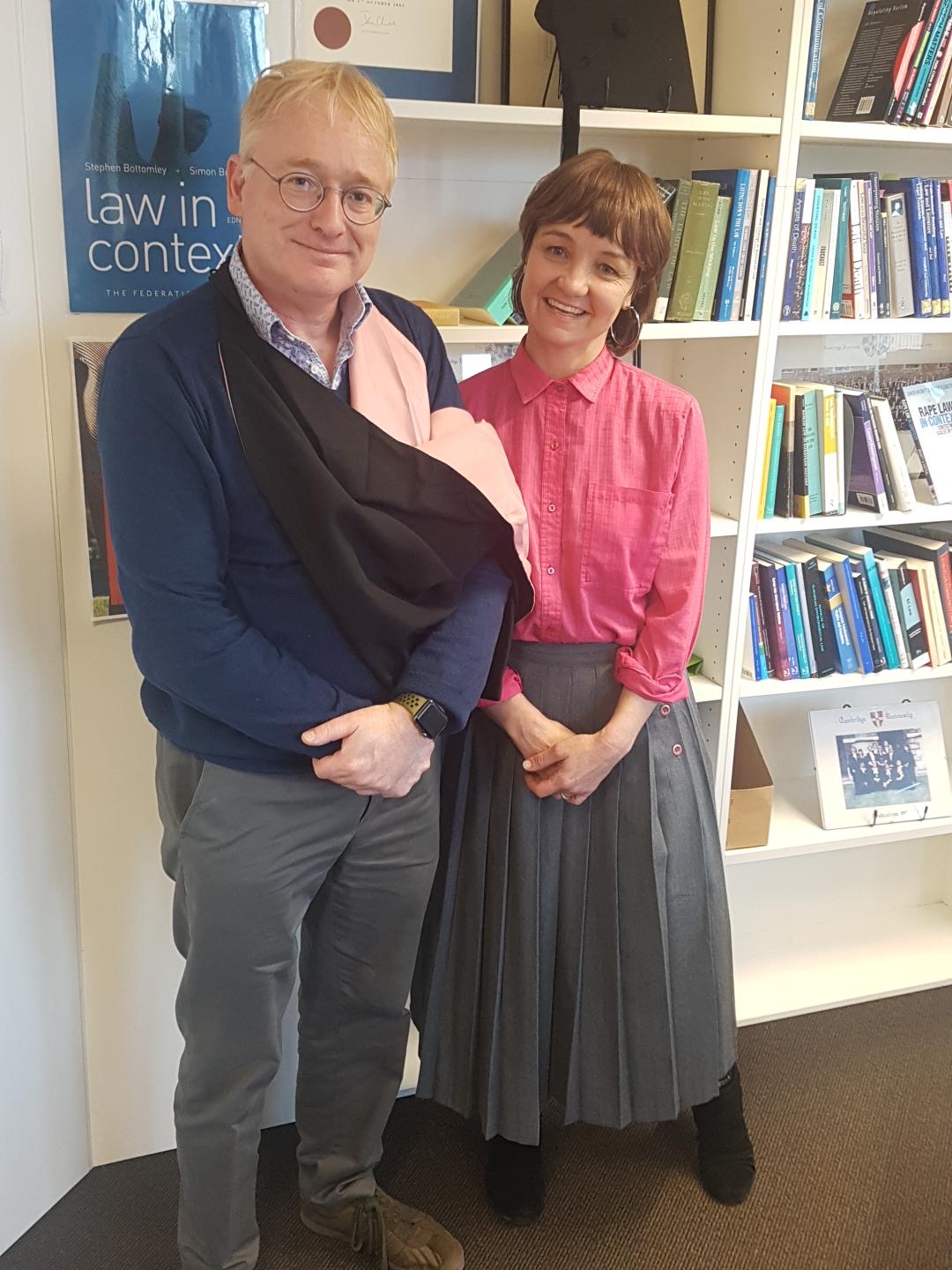 The Career Pathways Project report, via The Lowitja Institute

Systemic racism in the health system blamed for the death of six-year-old Torres Strait Islander, by Amy McQuire

Office of the Health Ombudsman report.