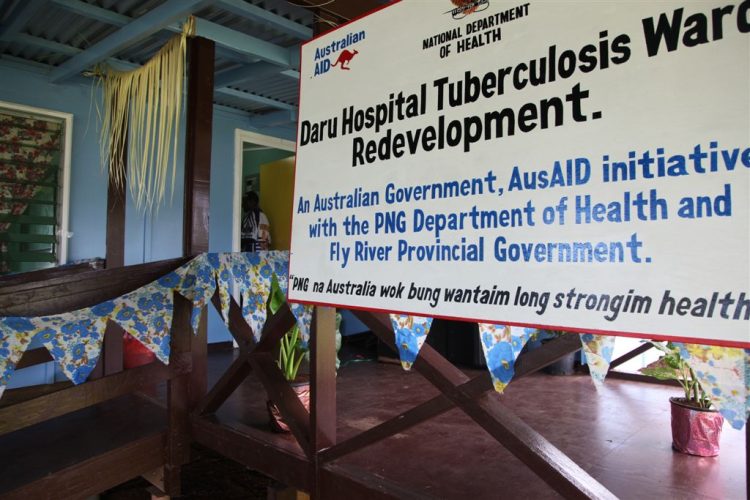 Working to support TB’s youngest and most vulnerable

On the 24th of March, 1882, Dr Robert Koch announced the discovery of Mycobacterium tuberculosis, the organism responsible for the illness of the same name.

This year, the theme for World Tuberculosis Day — commemorated annually to mark Koch’s discovery — is ‘Unite to End TB: Leave no one behind’.

In this piece for Croakey, Labor Senator Claire Moore, a founding member the Australian TB Caucus, argues that more must be done for TB’s youngest and most vulnerable.

It’s the world’s deadliest infectious disease: it kills an estimated 1.8 million people annually around the globe, and another 30,000 contract it each day.

It’s an illness without a universally-effective vaccine and, even in its milder forms, requires patients take around 700 tablets over the course of six months to be cured.

That disease is tuberculosis (TB).

In early twentieth-century Australia TB was the leading cause of death for Australian women, and the second-leading cause of death for men. But a hundred years later, for reasons including improved general health and living conditions, the use of antibiotics and better TB screening, domestic rates of TB are among the lowest in the world: Australia has just over a thousand cases a year.

In our region, the story of TB is not quite as rosy.

Many Asia-Pacific nations are rapidly emerging from poverty and, throughout the developing world, there is abundant good news on the health front.

But TB is an airborne, bacterial illness and the risk of contracting it increases with crowded living conditions, malnutrition and other infections such as HIV. All of this is complicated by emerging drug-resistant forms of the disease which are costlier and more complicated to treat.

While TB rates are falling around the world this is not happening as quickly as for other major illnesses, and the Asia-Pacific carries over 60% of the world’s TB burden.

A burden on the young

Assuming families can afford to go to an easily-accessible health worker, TB in children can be easy for them to miss, because the key symptoms in kids aren’t very specific: cough, lethargy, weight loss, fever.

The ‘gold standard’ in TB treatment is for a patient to visit their medical practitioner every day and be observed taking their combination of antibiotic tablets – this helps to ensure that as many people as possible complete their course of treatment.

Drug-resistant forms of TB demand greater numbers of pills and, shockingly, eight months’ worth of daily injections. The tablets are often too large for a child to comfortably swallow and taste unpleasantly bitter.

Is it any wonder TB treatment for children is such a challenge?

And this is before we even consider indirect impacts of the illness on children: the best evidence shows that about 300,000 children in India alone drop out of school because of the economic and social costs to their families of TB care.

World TB Day, 24 March, marks the anniversary of the day in 1882 when the German physician Robert Koch identified the bacterium that causes TB.

As this day approaches it’s worth considering what Australia can do to help combat TB, including investing in the development of better paediatric TB drugs and in greater access to TB prevention and care in PNG.

The Australian Government has funded TB services in PNG as part of the Papua New Guinea-Australia Aid Partnership Arrangement 2016-2017, which expires this year.

Better management of drug-resistant TB cases at Daru General Hospital in the Western Province saw the proportion of people staying on treatment rise from 40% in 2011 to more than 97% by 2016. That’s people able to return healthy and productive to their jobs, families and communities.

We urge the Australian government to recommit to funding this programme so that more lives will be saved.

In the last three years Australia has also invested, together with many other governments and private-sector partners, in two product development partnerships (PDPs) developing new diagnostic tools and treatments for TB. One of these PDPs is working hard to deliver TB treatments for children: medications that come in appropriate doses, forms and flavours for young patients.

Here at home, Labor is committed to all children having the same chance at success in life – whether it be through school funding or disability support.

We want to see the Australian government also recommit to giving kids throughout our region the best chance at health and to lives free from TB.

I’m proud be part of the Australian TB Caucus; a cross-party group of 20 parliamentarians, led by MPs Matt Thistlethwaite and Warren Entsch, who are focused on TB-related issues in the Asia-Pacific. The Caucus is well-supported by its Secretariat, RESULTS International (Australia).

RESULTS’ staff work on TB, alongside Caucus and its volunteer advocates, across the country. Their relationships with their own local MPs remind us as politicians that our constituents care about issues beyond our shores such as global health and the eradication of poverty.

Claire Moore is a Labor Senator for Queensland, Shadow Minister for International Development and the Pacific, and a founding member of the Australian TB Caucus