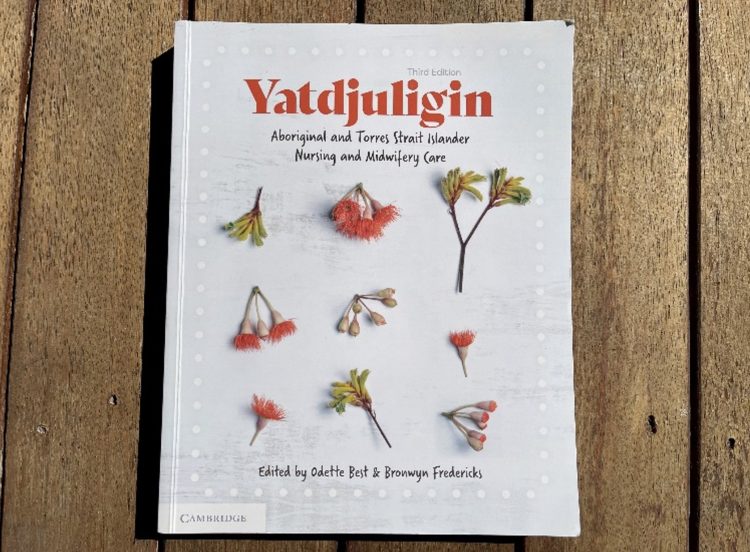 Below they share some of the story behind the newly-released third edition of a book “that has changed the way Aboriginal and Torres Strait Islander health is taught in Australia“.

It addresses Indigenous health in a way that is appropriate, accessible and meets the Nursing and Midwifery Board of Australia’s Code of Conduct for Nurses and Code of Conduct for Midwives. Since the first edition, it has become a mandated part of the curriculum in many Australian nursing and midwifery courses.

It has grown from a small idea into a major collaboration that has changed the way Aboriginal and Torres Strait Islander health is taught in Australia. The book is also being used by health professionals from numerous other disciplines.

The word Yatdjuligin was gifted to us to use by Aboriginal Elder Ivy Booth. Yatdjuligin comes from the dialect of the Wakgun Clan group of the Gurreng Gurreng Nation. It translates in English to ‘talking in a good way’. For Wakgun people, this involves a two-part process of passing on knowledge, and of learning.

While Yatdjuligin can be experienced as difficult and confronting, it is also positive and result in greater learning and understanding. All the authors who contributed to book recognised and worked within the process of Yatdjuligin in developing the text.

The first two editions were released in 2014 and 2018. In 2015, Yatdjuligin was awarded a national publishing award (the Australian Publishers Association award for Best Tertiary (Wholly Australian) Teaching and Learning Resource). 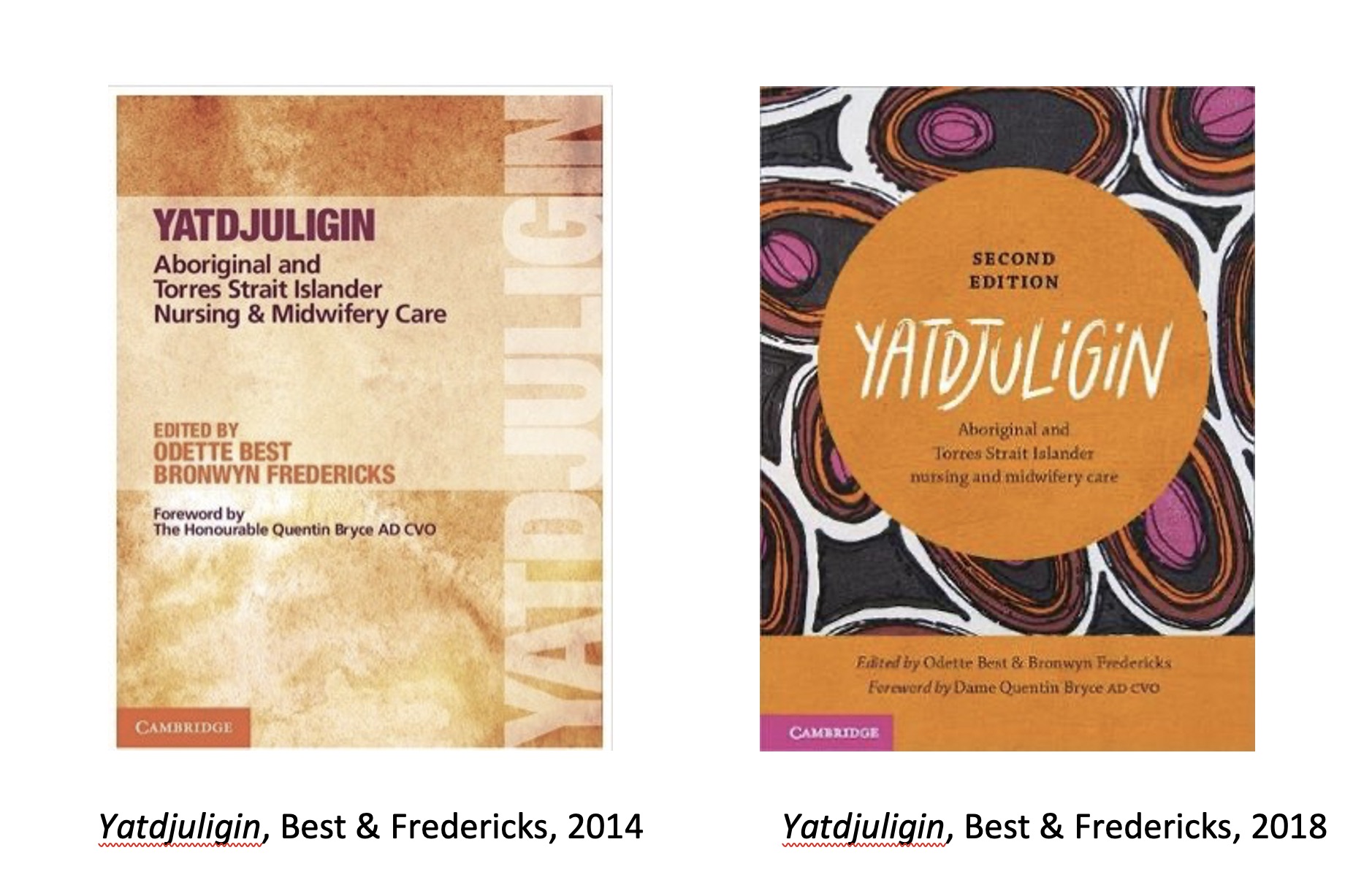 At the end of 2019, and the beginning of 2020, we had put out the call out for new chapters, and some additional authors for the existing chapters. We were also starting to plan writing workshops for all the contributing authors. This is how we started the first edition in 2012 along with committing to continue to develop our own individual and collaborative writing ability.

We were committed from the very first edition to being inclusive and collaborative and put calls out for chapters. We additionally wanted to keep the costs down because we wanted to make the book accessible for people who would read it. This meant we had to fund a lot of the work ourselves and this complemented the small grant we received from the National Indigenous Knowledges and Research Network (NIRAKN) under the leadership of Distinguished Professor Aileen Moreton-Robinson.

In essence, we were committed to enacting what Yatdjuligin means through all of our processes and actions from the first edition through to the third edition.

The start of the pandemic changed everything. We needed to change how we had to learn about COVID-19 and its impacts, and change how we worked with each other and the contributing authors in the first two editions.

We were used to face-to-face meetings with authors and holding workshops over weekends in Brisbane, Cairns and Ipswich. This had all been an essential part of our collaborative processes in the past.

We also had to support the authors who were also frontline health professionals. For example, Nicole Ramsamy is a Nurse Practitioner in Weipa and Napranum, and Machelle Kosiak and Gracelyn Smallwood both work as midwives in large urban hospitals.

During the same period, one of the authors, who is also working in health environments, also had a family member contract COVID-19, which was felt by us all. They were all under considerable pressure, and were managing, like us, the changes put in place by governments, local authorities, Aboriginal Medical Services and universities.

The pandemic changed our writing practice, turned the spotlight on nurses, and on Aboriginal and Torres Strait Islander peoples. We had to and did other ways to continue our collaboration, which was at times challenging, and still drew on our educations, work and life experiences.

We created new ways to have dialogue via Teams and Zoom and phone conversations and sought inspiration from other processes we had been involved in.

We talked about the work, family, and even what we were cooking, and growing, and shared photographs, and recipes and our latest projects. We cried, laughed, listened and affirmed each other all the while we worked.

We dreamed of a ‘new normal’, where life would be different not just because COVID was being managed, but because it wouldn’t be characterised by disparities between Indigenous and non-Indigenous peoples, including in health status and health outcomes.

We additionally wrote about the process because it too was helpful, and we delivered the book to the publisher.

While our lives and circumstances changed as did the writing process, we maintained our commitment to Yatdjuligin. We maintained our individual identities, subjectivities, experiences, knowledges and truths in the process which contributed to our learning, development and deeper understanding. We built on our relationality and collegiality with each other and the other authors.

We believe that despite the pandemic, and the impacts it has had on us, that we maintained the act of writing, and the tools of writing together as a form of activism. Yatdjuligin is almost a form of resistance because it is written about us and by us. 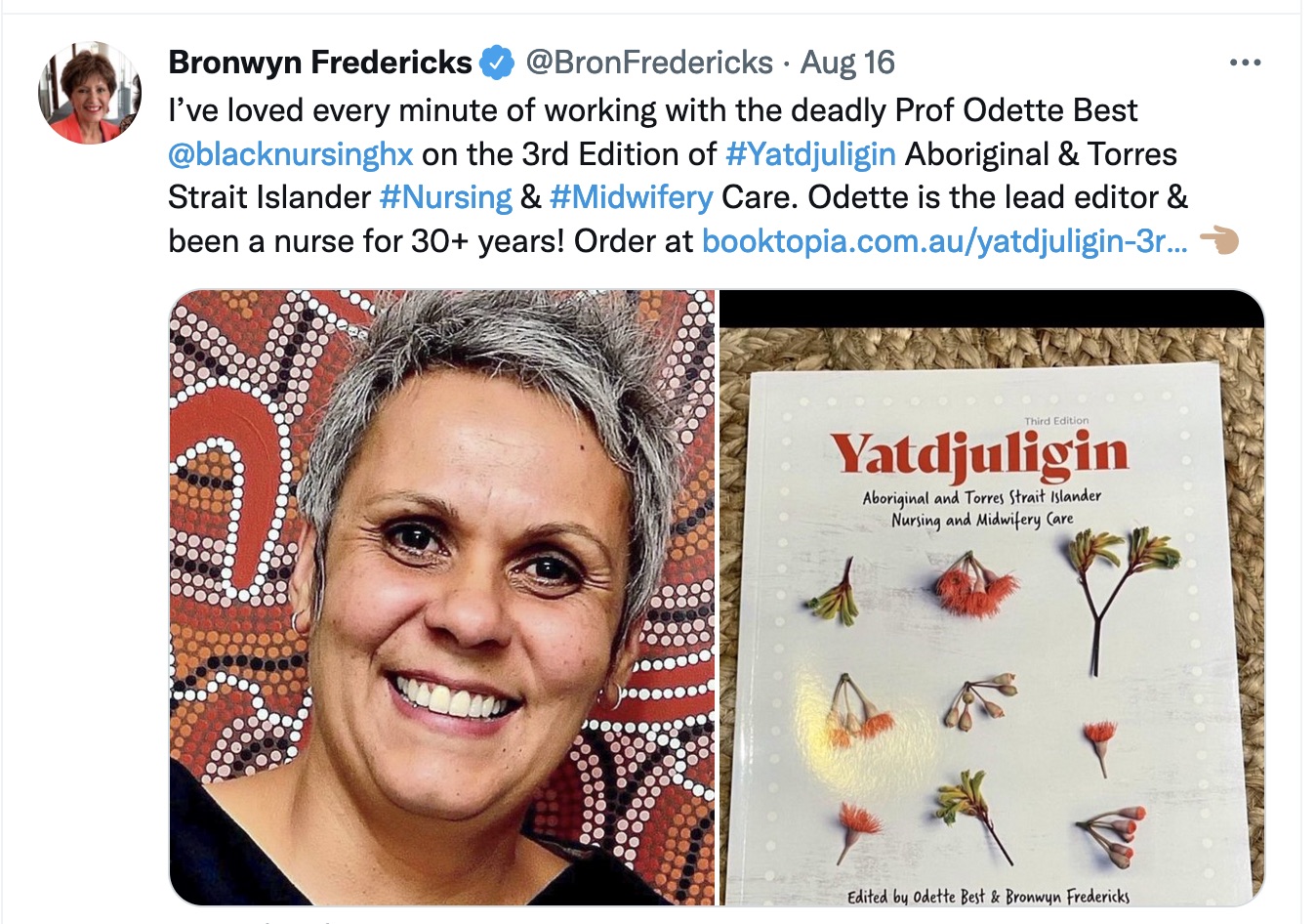 See our #CroakeyREAD archives, all about books for health.

PrevPreviousComing home to roost: so many areas of policy failure and neglect
NextUrgent calls for Federal Government to step up on Afghanistan crisisNext