Yesterday’s news: a tsunami survivor asks for help for Samoa

The Pacific tsunami has brought back painful memories for Australian journalist Kimina Lyall, who was living in Thailand when a tsunami struck there in 2004.

She wrote about her experiences in a book, Out of the Blue: Facing the Tsunami.  She will donate the sales of her remaining copies to aid the Samoan disaster victims – you can buy them here.

I fear for the people of Samoa because they are very soon to become “yesterday’s story”.

This tsunami has lots in common with the 2004 Boxing Day tsunami, which swept onto a beach in Thailand where I had built a house. It was shockingly powerful, took the lives of those most vulnerable and left whole villages without homes.

But where 2004’s quarter of a million dead prompted floods of aid dollars, in this case it appears as if the relatively small number of deaths (170 at time of writing), and the unfortunate coincidence of the Samoa tsunami occurring at the same time as earthquakes and typhoons in the same region, could perversely see Samoans without much ongoing international sympathy to rebuild.

I want to do something about that, and so I have decided to donate 100% of the sales of my book: Out of the Blue, Facing the Tsunami, which describes my experience in 2004, to the Red Cross appeal.

A foreign correspondent for The Australian at the time of the tsunami, I spent another three months in Thailand covering the aftermath. It was impossible not to notice the millions of dollars of aid pouring into the region.

While much of it was used appropriately, an indication of the depth of passion the money evoked was an argument I witnessed between two agencies over the right to build a particular village, while another European development worker who learned I was familiar with the region begged me to identify a school that needed rebuilding as he’d been unable to find one not already spoken for.

I didn’t lose much in the tsunami in the way of material things. But my psyche was shattered and I later realised I could no longer operate as an effective journalist. My book explores surviving the tsunami as well as the aftermath, which for me included an extended period of post-traumatic stress disorder.

It will take years. Long after the news is stale, these people are likely to still need help.

So too will be those hundreds of thousands of Samoans who were not directly caught up in the wave but whose way of life and community has also been irrevocably changed.”

Croakey continues:  I strongly recommend the book to anyone interested in the aftermath of trauma in general, and trauma journalism in particular (Kimina and I have a connection through the Dart Centre for Journalism and Trauma). 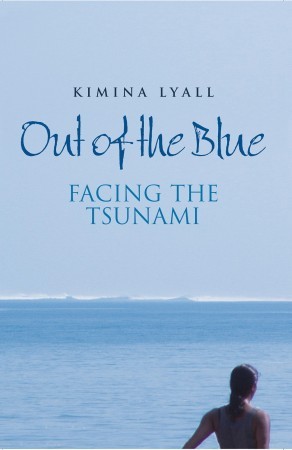