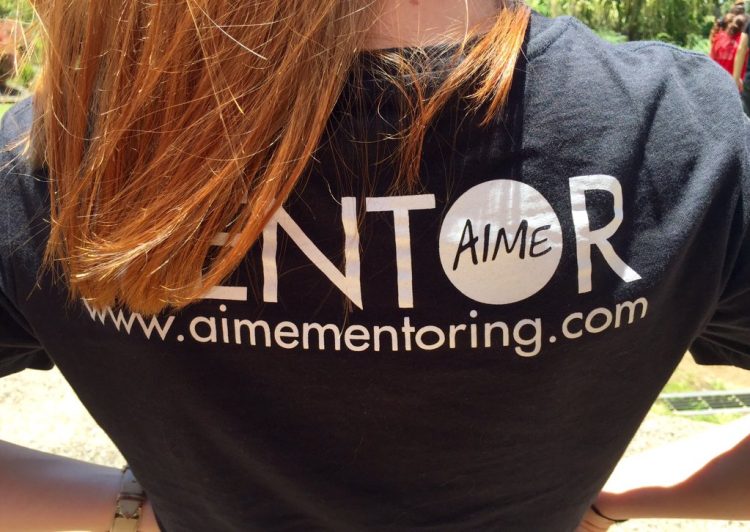 Young peoples as the leaders and visionaries of a reconciled tomorrow

National Reconciliation Week is a time for Indigenous and non-Indigenous Australians to think and share cultures, histories and understandings.

As this years’ proceedings draws to a close, we believe it a pertinent time to reflect and re-imagine how reconciliation and a ‘reconciled Australia’ should look, and what needs to happen in order to arrive at such a vision?

It has been 20 years since an estimated 250,000 people took part in the Reconciliation Walk over the Sydney Harbour Bridge in what was an overwhelming display of the public’s desire to walk towards greater equity for Aboriginal and Torres Strait Islander peoples.

As friends and families marched, the word “Sorry” was written across Sydney’s skyline. This, along with the sheer number of participants, suggested an acknowledgment of the hurt caused through colonisation, its continuation, and how reconciliation was increasingly entering the public domain and collective consciousness.

Rather than issuing an apology in acknowledgement of hurt and sorrow, the Government at that time opted for the diluted substitute of regret. The then Prime Minister, John Howard, described such regret as an apology…“in a sense”.

Over the last 20 years, great strides have been made in the name of reconciliation, including an apology to the Stolen Generations by a subsequent government, as well as calls for constitutional reform and the enshrinement of an Indigenous voice to parliament as outlined in the ‘Uluru Statement from The Heart’.  Despite these, the walk continues without action to bring about real substantive and transformational change.

Documents such as the Uluru Statement from The Heart, as well as the growing momentum in negotiations for treaties between state, territory and federal governments and Indigenous peoples, indicate that we are at a point in history where symbolic gestures are increasingly being rejected in favour of real systemic change. The rejection is from both Indigenous and non-Indigenous people.

Whilst acknowledging sorrow is a necessary and powerful symbol, like the writing in the sky during the Reconciliation Walk, it too is prone to dissipation. Reconciliation requires an ongoing and adaptive commitment that fosters and reflects new imaginings.

Youths as the leaders of reconciliation

As future leaders, such re-imaginings must be spearheaded by younger generations who, as Greta Thunberg succinctly put in her 2019 address to the UN, refuse to be portrayed as mere symbols of hope by the very people in power who fail to implement the reforms they are demanding.

Young people are ready to lead such conversations and are engaged with social justice issues such as climate change and justice for Indigenous Australians. Quoting Nelson Mandela’s infamous statement that “the youth of today are the leaders of tomorrow”, Gihansa Samarawickrema questions “why is it that as a 21st century nation, Australian youth are not given the right to have a say on our head of state?”

In 2019, a group of Indigenous and non-Indigenous young people gathered at the Garma Festival creating a follow up to the Uluru Statement from the Heart called the ‘Imagination Declaration’.

This declaration was a call to the Prime Minister and education ministers around the country to include young people, particularly Indigenous young people, in critical decisions that affect their futures. A right enshrined within the UN Declaration on the Rights of Indigenous Peoples.

The concept of imagination has been recognised for some time as being paramount in allowing young people to be critically engaged with social and political issues, as well as being a transformational tool in creating alternative futures and aspirations.

The United Nations “has long recognized that the imagination, ideals and energy of young people are vital for the continuing development of societies in which they live”. The possibilities of imagination to be used as a way of engaging young Australians in what reconciliation looks like 20 years on are endless.

For Jack Manning Bancroft, founder of the global mentoring organisation AIME, the age of the internet, paired with the current global pandemic, has provided opportunities to reimagine and revolutionise how we educate. Through the initiative “IMAGI-NATION [TV]”, AIME has successfully live-streamed a series of presentations by community leaders in a range of fields who have brought their knowledge, expertise, and mentorship into the homes of students.

Up until the end of 2019, these were previously delivered on university campuses, and in schools and community venues through AIME’s mentoring program. IMAGI-NATION [TV] has provided additional educational encounters that otherwise would be difficult to organise in non-virtual settings.

Prof Bronwyn Fredericks was a guest on IMAGI-NATION [TV] on 19 May this year along with a Principal of a school in NSW, and others. Rather than talk to just one school or region at a time, they were able to talk to students across Australia via the IMAGI-NATION [TV]. 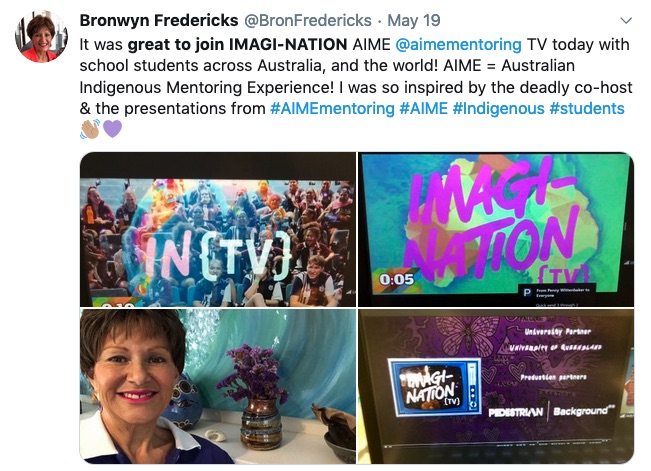 Manning Bancroft observes that with the internet, “there are suddenly no walls and no limits to the people we can bring into students’ lives.”

In saying this, whilst many Aboriginal communities are embracing technology, we recognise that technological inequity and disparity exists.

Ensuring that all Australians have access to affordable and stable internet is an important step towards facilitating reconciliation.

An opportunity to listen

During the current pandemic we have been reminded of the possibility of a clean slate, a fresh start, a new beginning.

IMAGI-NATION [TV] has provided a planform through which younger generations can envision and reimage what such a future looks like. This is demonstrated through its Tuesday programs where “students are given the stage to deliver a 3-minute presidential speech on the topic of the week and use the space to inspire us all to image the world tomorrow”.

Looking back on the Reconciliation Walk, it would be understandable to dismiss the movement as fleeting, tokenistic, and symbolic; leading to minimal progress in terms of implementing real systematic change. Twenty years on, however, we are seeing great momentum and increasing pressure for governments to respond to Indigenous voices, which in many cases are coming from younger generations.

AIME and other community-based organisations are providing settings in which the vision for a ‘reconciled’ future are continuously being re-imagined by young Indigenous and non-Indigenous people.

Whilst progress may seem slow, we are reminded of the words of American poet Emily Dickinson (1830-1886), who states that:

The possible’s slow fuse is lit by the imagination.”

Pictured L to R below:

Bronwyn Fredericks, Professor and Pro-Vice-Chancellor (Indigenous Engagement) at The University of Queensland

Abraham Bradfield, Early Career Researcher and Research Assistant at The University of Queensland

PrevPreviousSome healthy investment advice for Clive Palmer
NextLooking in on the inside: why OPCAT is needed for Australian prisons, detention centresNext