Your relationship with scales…..

Those of us who have more than once decided to watch our weight, know that the bathroom scales can be both friend and foe. Consequently advice on how often those who are dieting should check their weight varies.  In this PHAIWA JournalWatch, Dr Melissa Stoneham explores a recent study on the impact of watching the scales.

Australia is ranked as one of the fattest nations in the developed world. The prevalence of obesity in Australia has more than doubled in the past 20 years. Experts estimate that if weight gain continues at current levels, by 2025, close to 80 per cent of all Australian adults and a third of all children will be overweight or obese. 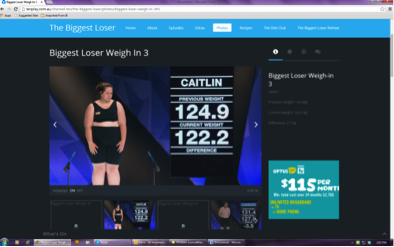 With such a massive public health problem now overtaking our society, you can understand why reality shows such as the Biggest Loser are so popular. People want to know that others can lose weight – they want to be reassured that losing weight is achievable. For many, losing weight is a personal challenge. They do not feel comfortable going to a gym or participating in weight loss programs where other people are facing similar challenges. Their aim is to lose weight at home. So what role do the scales play in this endeavour? Based on shows like the Biggest Loser, the scales are a key evaluation device to indicate the participant’s weight loss for the past week. In fact, you can even track the contestants weight loss online if you are that way inclined.

But taking marketing and ratings out of the equation, for the regular person wanting to lose weight, their relationship with scales can either be positive or negative.  Regular self-weighing has been a focus of attention recently in the obesity literature. It has received conflicting endorsement where some researchers and practitioners recommend it as a key behavioural strategy for weight management, providing motivation in the early stages of weight loss, while others caution against its use due to its potential to cause negative psychological consequences associated with weight management failure.

A study, titled Daily Self-Weighing and Adverse Psychological Outcomes: A Randomized Controlled Trial, and published in the American Journal of Preventive Medicine investigated the impact of a daily self-weighing weight loss intervention on relevant psychological constructs.  The team led by Dori Steinberg from the Duke Obesity Prevention project at Duke University randomly assigned 91 participants to a daily self-weighing intervention or delayed-intervention control group. Eligibility criteria included being aged between 18-60 years, having a BMI of between 25-40, having access to the Internet and not having any medical condition that may affect their participation. Having said this, the average participant was a white, college-educated, married woman in her mid-forties who weighed herself less than once per week.

The research ran for 6 months and during that time, the intervention group was provided with digital scales that forwarded participants’ weight readings by cellular network to a location on the Web. This allowed the researchers to see how often people weighed themselves and how successful participants were in losing weight. Participants also received information via email about reducing calorie intake and incorporating physical activity into their daily schedules. Those who weighed themselves at least six days a week and lost at least one half-pound (about 300g) were sent a weekly email reinforcing their current behaviours. Those not meeting the minimum criteria were sent an email at the end of the week that included more specific strategies for adopting daily weighing and changing diet and physical activity behaviours.

At the conclusion of the study, 94 per cent of participants weighed themselves at least five days per week, and 79 per cent weighed themselves at least six days per week. More than half the participants maintained frequent weighing for at least three months after the intervention was complete. Almost half of participants in the intervention achieved the five per cent weight loss associated with positive changes in risk for chronic disease, with the average weight loss in six months being 13.5 pounds (6.1 kg).

As for psychological measures, the participants were required to complete an online survey at 3 and 6 month time intervals. The survey collected self-reported measures including data on body satisfaction, depressive symptoms, fear of weight gain, self-esteem issues, beliefs and attitudes towards eating disorders and restraint from eating due to the fear of gaining weight.

The results from the surveys indicated that a weight-loss intervention that focused on daily self-weighing did not cause adverse psychological outcomes among overweight and obese adults. There were no significant differences between intervention and control groups in depressive symptoms, anorectic cognitions, disinhibition, and perceived susceptibility to hunger or binge eating. Intervention participants demonstrated greater improvements in body satisfaction and eating behaviour cognitions relative to controls.

Based on this research, self-weighing is an important part of a weight loss strategy. Yet, everyone is different and emotions are enemies of people trying to lose weight—especially if they feel like they have done everything right. For many trying to shed kilos, the elation from that initial weight loss can be brought to a screeching halt when the scales stop moving. It is up to the public health professionals to encourage people not to view this as a setback, but instead look for other ways to measure progress besides the scales. After all, good health isn’t always measured in kilograms.

About JournalWatch
The Public Health Advocacy Institute WA (PHAIWA) JournalWatch service reviews 10 key public health journalson a monthly basis, providing a précis of articles that highlight key public health and advocacy related findings, with an emphasis on findings that can be readily translated into policy or practice.

***
PHAIWA is an independent public health voice based within Curtin University, with a range of funding partners. The Institute aims to raise the public profile and understanding of public health, develop local networks and create a statewide umbrella organisation capable of influencing public health policy and political agendas. Visit our website at www.phaiwa.org.au

Where is the National Obesity Strategy?

To address social inequities in obesity, let’s focus on housing and education