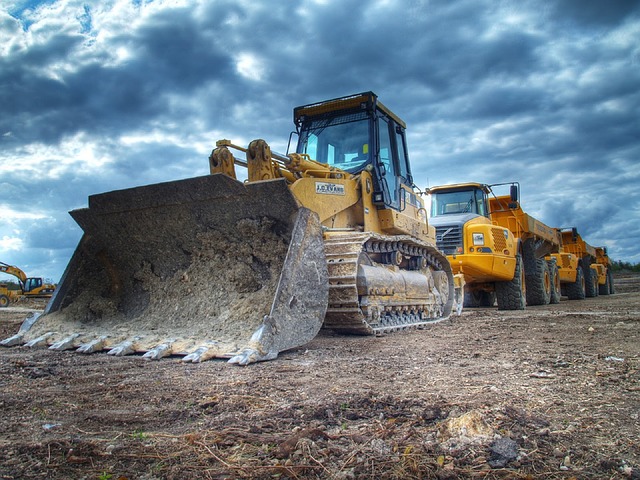 Mandating environment controls, endorsing human rights treaties, ensuring all taxes are paid and restricting government lobbying are just some of the recommendations from a Corporate Health Impact Assessment (CHIA) undertaken by a team of public health experts of the transnational corporation (TNC) Rio Tinto.

This assessment revealed some of the serious and long-term health impacts that a TNC can have on nations and communities through mechanism such as increased pollution and habitat destruction, tax avoidance and human rights abuses. Because TNCs have the ability to operate partly outside of national boundaries, they can often avoid the regulatory structures imposed by individual jurisdictions.

For example, Rio Tinto is known to have engaged in ‘profit-shifting’, i.e. moving its profits through international marketing hubs which impose much lower rates of taxation than in Australia. This practice is reportedly currently being investigated by the Australian Tax Office.

A CHIA is one way that these activities by TNCs can be revealed in order to reduce their impact on the health and well-being of the Australian community. As other public health advocates have found, environmental impact statements required by governments in order to approve commercial mines typically do not include consideration of health, well-being and equity measures.

The operations of transnational corporations (TNCs) affect population health through their products, production methods, by shaping social determinants of health, or by influencing the regulation of their activities.

Our 2016 Croakey article discussed the impacts of the ‘Big Four’ accounting firms which simultaneously advise governments on tax reform while developing aggressive tax avoidance strategies for transnational corporate clients, and that theeffect is to rob public sectors of much-needed funds.

We recently conducted research on an extractive industry TNC, Rio Tinto ,with particular attention to its operations in Australia and Southern Africa; using a Corporate Health Impact Assessment (CHIA) framework to assess and compare the health impacts of its operations in a high income country (Australia) and two middle income countries (South Africa and Namibia); each with different regulatory structures.

Our CHIA framework has previously been used to examine the health impacts of the McDonald’s fast food TNCin Australia. This three-part framework maps information about a corporation against: (a) global, national and sub-national regulatory structures; (b) corporate practices and products that impact on health and equity; and (c) direct impacts on daily living conditions across five domains: workforce and working conditions, social, environmental and economic conditions, and health-related behaviours.

Through analysis of documentary material from a variety of sources and semi-structured interviews we gained detailed information on Rio Tinto’s global operations, political and business practices, and positive and detrimental health impacts across four of the five domains (health-related behaviours not being relevant for extractive corporations).

What a corporate health impact assessment can reveal

Our research pointed to the limitations of the regulatory structures governing extractive (and other) TNCs. These include use of voluntary codes rather than enforceable government regulation, and a lack of any international agreement that can force TNCs to pay a fair rate of tax.

We were also able to map the pathways from Rio Tinto’s political and business practices to their impacts on daily living conditions which in turn influence health. Their political practices include employing professional lobbyists to induce governments to promote corporate rather than population health interests when regulating on environmental, taxation, natural resources, trade and other issues.

Corporate lobbying may be direct or occur via industry peak bodies. For example, Rio Tinto is a member of the World Coal Association, an accredited observer to the UN Framework Convention on Climate Change (UNFCC), which lobbies to undermine renewable energy policies. Political practices also include donations to US political parties through Rio Tinto’s Political Action Committee. In Australia mining lobby groups campaigned against the Mineral Resources Rent Tax (MRRT), the ‘mining tax’ on ‘super profits’, and lobby to maintain government subsidies on diesel fuel for mining companies.

One business practice likely to be more positive for health is that Rio Tinto, other corporations and their sub-contractors, must now comply with the Modern Slavery Act (2018). Compliance is particularly critical for operations in South Africa where exploitative labour conditions are more prevalent than in Australia. Rio Tinto is also a signatory to a range of corporate social responsibility (CSR) mechanisms.

However, as our research revealed, TNCs can simultaneously be socially responsible and irresponsible and CSR has the potential to divert attention away from a need for legally enforceable standards. The CHIA framework was helpful for identifying Rio Tinto taxation practices, including profit-shifting through international marketing hubs which impose much lower rates of taxation than in Australia.

Although it is difficult to quantify taxation avoidance, due to sophisticated accounting practices, Rio Tinto’s strategies on taxation have drawn the concern of the Australian Taxation Office. Tax avoidance by TNCs means less revenue is available for health and other public goods investment, including public education and housing.

We also assessed the impacts of Rio Tinto practices on daily living conditions related to health. Employment is a critical determinant of health, and we identified positive workforce conditions including redundancy packages and improved ‘Fly in Fly out’ (FIFO) rosters which benefit workers and their families.

However, the use of casual employees through labour hire companies was common in all three jurisdictions, with less favourable pay and conditions. The high level of casual workers may have greater impacts in South Africa and Namibia where enforcement of work, health and safety regulations is weaker than in Australia.

While Rio Tinto did provide a range of positive community development schemes, these were outweighed by detrimental impacts including social upheaval and dust, noise, poor infrastructure maintenance and the fact that some people were displaced by the mining operations.

Environmental impacts include corporate use of scarce water resources, pollution, lack of site rehabilitation, uranium tailing dams spills, threat to Aboriginal artefacts, species habitat destruction, and other systemic problems such as ‘fracking’. The economic impacts stem from reduced taxation revenue from the use of off-shore taxation hubs and lobbying for this to happen.

Rio Tinto’s contribution to economic activity and government revenues has the potential for broader health and social benefits by stimulating employment or providing revenue for government expenditure on social determinants of health.

However, political and business practices such as profit-shifting and use of lobby groups to both influence government and protect the corporate image are concerning and may work to undermine the benefits of providing employment.

What can be done

On the basis of our health impact assessment we suggest the following action would improved regulation of extractive industry TNCs in the interest of health:

Our use of the CHIA framework demonstrates that it is possible to identify the health impacts of TNCs and that strong regulatory frameworks are likely to help support positive, and reduce or avoid negative health impacts from corporate operations

Left behind – disabled people and the COVID vaccine