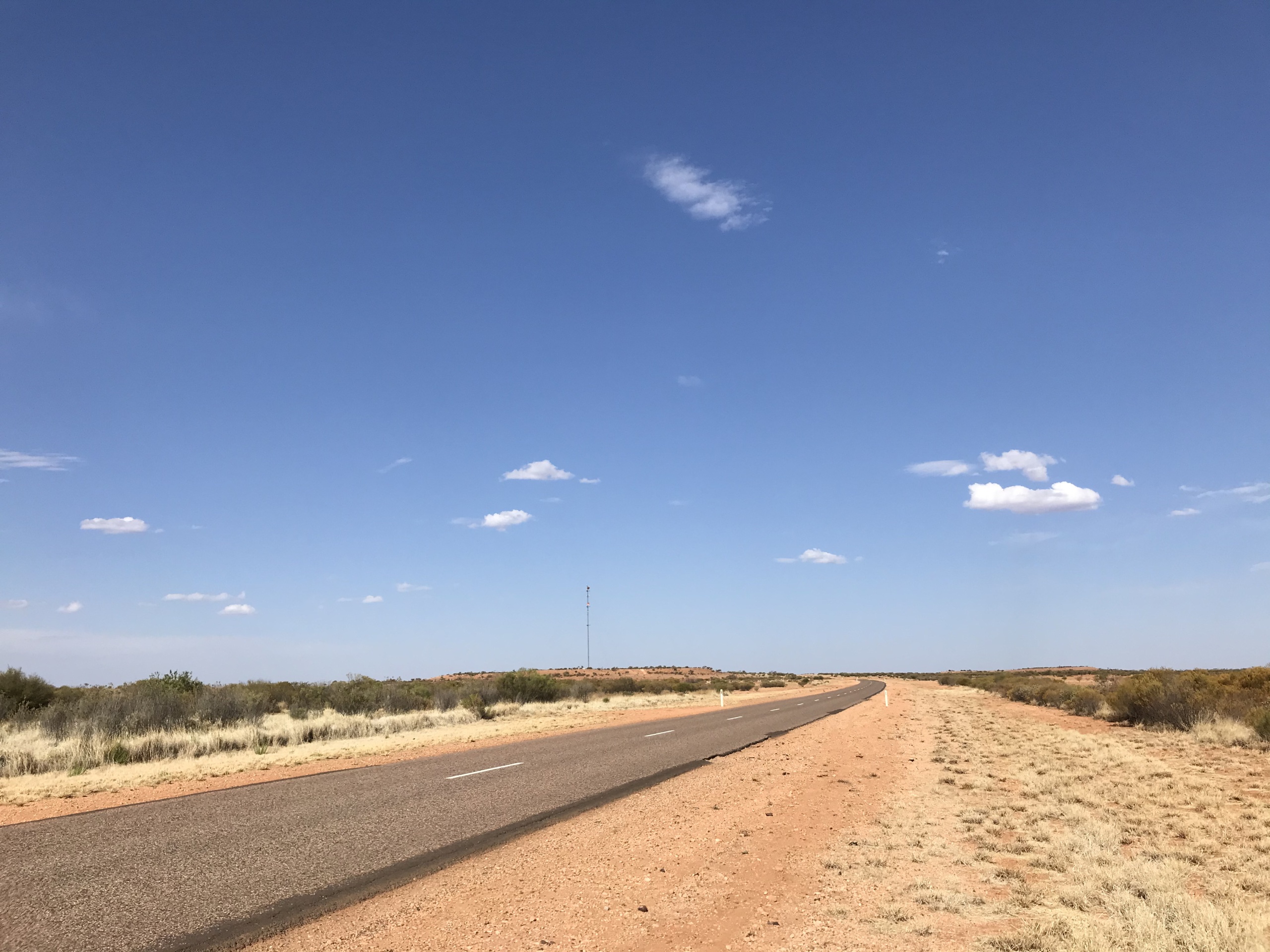 Introduction by Croakey: With predictions of record high temperatures across the globe in 2023, it is imperative that safe, adequate housing be provided for all.

While it is too early to forecast with certainty, concerns have been raised that the current La Nina weather system in Australia will be followed by an El Nino pattern towards the end of 2023 – concerning because El Nino comes with hot and dry conditions, exacerbating risks of droughts, fires and heatwaves.

According to Emeritus Professor David Shearman AM, one solution is the implementation of community heat shelters, particularly in rural and remote Australia. Heat shelters, or ‘cooling centers‘, are already being used in the United States as safe and cool places for people to escape extreme heat.

As Shearman points out below, it is not uncommon for Australian cities to provide air-conditioned shelter during heatwaves. “The situation is particularly dangerous in rural and small regional centres”, where most communities need heatwave shelters but do not have them, he writes.

Croakey readers, if you have experience in managing extreme heat in rural and remote communities, Shearman wants to hear from you, and has asked that you please leave a comment below the article.

Australia has no national policy to prevent the rising death toll in heatwaves. The provision of insulated and air conditioned housing in many remote communities will take years. In the meantime heat shelters must be urgently provided.

A recent heading in The Guardian stated: ”Bodies start to cook: poor housing in remote communities puts lives at risk in northern Australia heatwave”. It referred to the totally inadequate state of housing for Aboriginal communities in NT as detailed by Dr Simon Quilty and published in The Medical Journal of Australia.

Deaths from heatwaves exceed those from bushfires as illustrated by the Victorian bushfires of February 2009, which killed 173 people whilst the concurrent heatwave caused 374 additional deaths.

Studies at the ANU showed that between 2006 and 2017, two percent of deaths in Australia were due to heat stroke or to heat contributing to death in those with other diseases. Even this is likely to be an underestimate.

Heat is so dangerous because it is often a silent killer.

In good health, our body can usually cope well with deviations of about 3.5℃, from the normal of 37 degrees, but beyond that the body begins to show signs of distress; 45 degrees is usually fatal. Most at risk are the very young, the elderly, those with chronic illness, socioeconomic disadvantage and lacking air conditioning. Even fit outdoor workers are at risk.

Heat stroke is particularly dangerous for the old, who develop confusion, and fail to drink, use the fan or contact a friend nearby.

Death occurs when an individual reaches their physiological limit to cool themselves and prevention requires cooling of their environment or emergency treatment.

Many cities and larger population centres have recognised the problem and throw open air conditioned libraries and other public buildings during heatwaves; health departments provide advice on necessary personal measures and make routine phone calls to the elderly to check they are coping.

By contrast, the situation is particularly dangerous in rural and small regional centres, which serve widely distanced populations with poor health services. Housing may be poor and lack insulation, air conditioning and secure power because of inability to pay or breakdown in heat waves. Building of adequate housing is too slow to offer safety for many.

Most of these communities need heatwave shelters but do not have them. Indeed, Australia has failed to consider the need for them.

In 2017 the US, experiencing similar problems with extreme weather events to Australia, produced a report “The Use of Cooling Centres to Prevent Heat-Related Illness: Summary of Evidence and Strategies for Implementation”, from the Centers for Disease Control and Prevention, and many Cooling Centers are now already functioning in the US.

The Climate Council has contact with hundreds of local councils around Australia. They found, in response to a question, that many were unprepared and lacked heat shelters with energy security from local renewable energy and battery storage.

Recent national governments have failed to learn from the US and strategies in other countries. The national state of unpreparedness can be gleaned from the 2020 report of the Royal Commission into National Natural Disaster Arrangements, which indicates a lack of planning for “natural disasters” but refers mainly to bushfire, with no mention of multifunction shelters in the List of Recommendations.

However, it recognised “The Australian Government should lead in the development and coordination of long- term, national strategic policy directed at making Australia resilient to natural disasters”.

The National Climate Resilience and Adaptation Strategy 2021-2025 indicates that around Australia, many local governments now have heatwave plans in place that clarify responsibilities and outline measures that can enhance long term community resilience. Shelters are not mentioned.

In the NT, many remote Indigenous communities are already stressed with increasing heat particularly in the tropics. In Darwin in 2004, there was an average of 11 days a year over 35℃. By mid-century, modelling predicts 176 days.

The NT does provide a list of 19 Regional and remote community shelters. Detail is not provided as to the degree of preparedness for each possible eventuality, heat, cyclone, flood or fire. A useful list of requirements for individuals to survive in heatwaves is also listed as they are in many states and councils.

Heat shelters, or in US terminology “Cooling Centres”, must be deemed a national public health necessity; in 2020 the Public Health Association of Australia said: “Boost heatwave readiness before summer: ensure adequate heat shelters or cooling centres are located or built for vulnerable individuals and groups, including rural and remote Queenslanders (PAM 3: Specific public health measures)”.

So prevention of deaths in heatwaves is a public health measure and not one for emergency services like flood or fire. Direction is required from the Department of Health working with state and territory health departments.

A federal framework and funding for urgent action must provide a national database of shelters to identify their availability and precise position. A review is needed of the experience of the US cooling centres and that of other countries. There will be a need for advice on planning, and for national funding for changes to existing modifiable buildings and to establish new heat shelters.

Over the past decade adaptation for climate change has been neglected, including crucial health consequences. In recent times Australia has spent $100 billion a year on curative health services, and just $2 billion on preventative health measures; much less than other OECD countries.

Action on heat shelters is a vital preventative health measure, which will save lives, money, reduce stress on overworked doctor and hospital services and will enhance the resilience and stability of many rural communities.

We may well ask how can it be that life-saving measures have been neglected for the past decade for those who need them most? The answer is detailed in the recent article:The National Party has deserted country people on climate change, NBN, health services, and now the Voice.

And resides with the ignorance and ideology of the elected members of these communities, some sitting at the heart of government and failing to influence policy. In medical terms this is negligence.

Dr David Shearman AM is Emeritus Professor of Medicine at University of Adelaide and Co-founder of Doctors for the Environment Australia. This article was first published in John Menadue’s Public Policy Journal, with the title ‘Deaths from heatwaves and their prevention by community shelters’. It has been republished here with permission.

Further reading, from The Conversation: Five reasons to check on your elderly neighbour during a heatwave.

PrevPreviousJoin us on a road trip, investigating rural health matters
NextGlobal health leaders urged to learn from recent history in Afghanistan – and to work for peace, for healthNext