Introduction by Croakey: A rapid review that informed Health and Aged Care Minister Mark Butler’s decision to proceed with de-funding NPS MedicineWise contains inaccuracies and misrepresentations, according to a statement published today by NPS MedicineWise.

“NPS MedicineWise does not agree with a number of the observations of the report and had requested that inaccuracies/misrepresentations be corrected prior to publication. This request was declined,” says the statement.

The review, undertaken by Deloitte, fails to consider the implications of the Budget decision for the many other parts of Department and wider Government with which NPS MedicineWise works, including the Therapeutic Good Administration, and consultation does not appear to have extended beyond the Quality Use of Medicines (QUM) Branch of the Department, says the statement.

However, the review does make clear that some significant risks are associated with the Government’s decision to stop funding NPS MedicineWise, with existing functions to transfer either to the Australian Commission on Safety and Quality in Health Care (ACSQHC) or to new contestable funding arrangements.

Since the de-funding of NPS MedicineWise and transfer of most of its responsibilities for the Quality Use of Diagnostics, Therapeutics and Pathology (QUDTP) programs* to the Australian Commission on Quality and Safety in Health Care (ACQSHC) was announced in the last budget of the Morrison Government, Croakey Health Media has followed and reported on the move and its consequences.

*Note these program are often referred to as Quality Use of Medicines (QUM) but in reality this reflects the earlier, more narrowly focused, work of NPS MedicineWise.

Our coverage reflects the key importance of these programs – which educate doctors and other healthcare workers and consumers, patients and carers about evidence-based recommendations for the use of medicines and medical technologies and thus improve health literacy and health outcomes. There is also the potential to avoid harm from side effects and inappropriate use, thus saving lives and dollars.

Previous Croakey articles on this topic:

Enough concerns were raised by stakeholders that Labor agreed during the election campaign to review this decision if it should win government.

Even more concerns have been raised now that Labor is sticking with the Morrison Government’s approach, on the basis of a rapid review decision requested by Labor Minister for Health and Aged Care Mark Butler.

On those grounds, I undertook to look in some detail at the report: how was it prepared, what does  it say, and what should happen next?

But first it should be stated that the QUDTP program, founded as the QUM program in 1998, is surely in need of a complete evaluation and refresh. Over the past 20-plus years there have been many changes and much progress made in effectively delivering these sorts of evidence-based programs aimed at changing established behaviours.

The proposed changes should be examined in this light. Is this change for the sake of change; change because some agency, organisation or individual more powerful than NPS MedicineWise lobbied for it; a push for more budget savings; or something that is designed to deliver better outcomes and/or better value (and dare we ask for a guarantee on this)?

The process to deliver the report

Minister Butler commissioned Deloitte sometime in July, to “deliver an assessment of the appropriateness of the proposed redesign of the QUDTP Program outlined in the 2022-2023 Budget Measure”.

The report states that “The review has primarily been conducted as a desktop review supported by targeted stakeholder consultation with NPS MedicineWise, the Commission, and the Department of Health and Aged Care.”

As a desk top review, no new information was accessed and it’s not clear how much consultation was actually involved.

In May (under the previous Government) a notice was placed on the DoH Consultation Hub stating that “The Department of Health is seeking to engage stakeholders regarding the redesign of the Quality Use of Diagnostics, Therapeutics and Pathology (QUDTP) Program”.

As far as I can determine there was no announcement of this. The opportunity to indicate interest in being involved was open only from 2 May to 20 May; there was little or no public awareness of this, and subsequently there was no public engagement.

I am reliably informed that Deloitte’s consultation with the key stakeholders involved a single one-hour meeting with NPS MedicineWise, presumably at least one meeting with ACQSHC, and an unknown number of meetings with DoH staff. Other stakeholders (for example, consumer groups, clinicians and researchers) had no opportunity to make submissions either to Deloitte or DoH.

What the report says

This was a pro forma review that delivers, in a very low-key way, what it was surely asked to do – give the green light to the Budget decision.

There were three key findings on the effectiveness and appropriateness of the work delivered by NPS MedicineWise, delivered in what I would argue is very tentative language:

Finding 1. “It is noted that NPS MedicineWise appears to be meeting performance against the KPIs/metrics in the Grant Agreement with the exception of the MBS savings target.”

I have been unable to find publicly available copies of the Grant Agreement or of any other documents that could attest independently to the savings made (it’s worth pointing out that references in the report to a KPMG Grant Funding Activity Review conducted in 2019 have been blacked out, presumably by DoH).

The above statement is made on the basis that in FY 2020-21 the savings to the MBS were only $3.5 million of an anticipated $13 million. The report acknowledges PBS savings of $74.3 million against a target of $70 million.

FY 2020-21 was in the middle of the pandemic, when the overall activity in primary care was lower than usual, so use of data from this timeframe may not be indicative of what has been delivered in previous years. In response to this finding, the NPS said that in the period 2016-17 to 2020-21 PBS savings were $523.82 million (target $350 million) and MBS savings were $96.4 million (target $65 million).

In April an NPS spokesperson said the organisation’s work had allowed $1.1 billion in direct savings for the PBS and the MBS since it was founded.

This focus does beg the question of whether the sole outcome of a program based on evidence-based use of medicines and medical technologies should be measured by savings accrued to the Government’s budget bottom line? The report notes that the QUDTP programs only reach about one-third of GPs, perhaps insinuating that savings could be higher if the reach was wider?

Finding 2. “There is evidence that NPS MedicineWise’s program delivery may not be performing at optimal effectiveness and efficiency against the objectives of the QUDTP Program [emphasis added].

Finding 3. “It is noted that there could be opportunities to further drive enhanced quality use of medicines and pathology through comparison to accepted clinical guidelines and standards…” [emphasis added]

In contrast, other important findings that are also recommendations for action are written in very definitive language:

The report sees the recommendations it lays out as “immediate actions [that] must be undertaken to mitigate risks to delivery of the QUDTP Program under the revised form”.  The report also notes that the loss of NPS staff and expertise through the planning and handover process is a risk factor.

NPS MedicineWise produces a number of publications that are valued by health professionals and the future of these is unclear. These include Radar, which advises health professionals about new drugs and tests, as well as medicines newly listed under the PBS; General Practice Insight reports and Australian Prescriber. (Update on 23 September: the reports can be seen here, including the most recent one from 2020-2021).

A petition has been launched urging the Health Minister to keep this publication going. It currently has over 7,700 signatures. “We urge you to support the ongoing publication of Australian Prescriber, preferably through continued funding of NPS MedicineWise,” says the petition.

An agreement Working Together: A Partnership between NPS MedicineWise and the Consumers Health Forum of Australia was signed in May 2020. This agreement states that consumers are at the centre of QUDTP decision-making and outcomes. It is imperative that the principals of this agreement are continued under the ACQSHC. You can read the agreement here.

NPS MedicineWise also has had long-standing engagements with key Aboriginal and Torres Strait Islander health organisations, national peak bodies and end users, working together on the Good Medicines, Better Health program. This program was updated in 2019-2020.

To date I have heard nothing about the fate of the Choosing Wisely program, which is an initiative of NPS MedicineWise in partnership with health professional colleges and associations. The Choosing Wisely Australia initiative was launched in April 2015 to encourage conversations between clinicians and consumers about the harms of unnecessary tests, treatments and procedures (Croakey has covered Choosing Wisely conferences this year, and in 2019 and 2017.

Clearly some concerted efforts are needed to ensure the ball is not dropped and important expertise, relationships and initiatives are not lost in implementing this program “redesign”.

It’s hard to come up with an example of where a transfer of program responsibility like this has worked well – I keep thinking about all the significant and long-lasting consequences of shutting down Health Workforce Australia and transferring its responsibilities elsewhere.

As I have earlier indicated, in this article and elsewhere, my concern is that the focus is too much on budget savings and that ACQSHC does not have the budget or resources necessary to pick up the QUDTP programs.

Katherine Burchfield, CEO of NPS MedicineWise, has called on the Government to monitor the new arrangement and require the Department to conduct and publish a review of the outcomes in a year’s time.

I also think some sort of oversight committee should be established to ensure that this political decision does not have adverse policy outcomes.

The advice Health Minister Butler received from the Deloitte rapid review offers only the weakest support for the transfer of QUDTP programs that make an important contribution to health outcomes.

Inherent in the proposed move is the loss of program momentum, valuable expertise, and trust with clinicians, patients and the community built up over more than two decades.  This is a regrettable decision that should be re-considered. 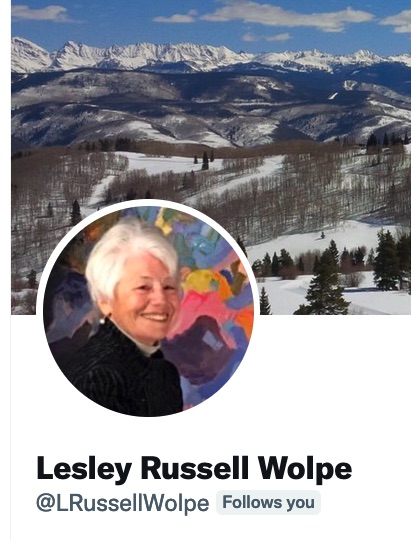 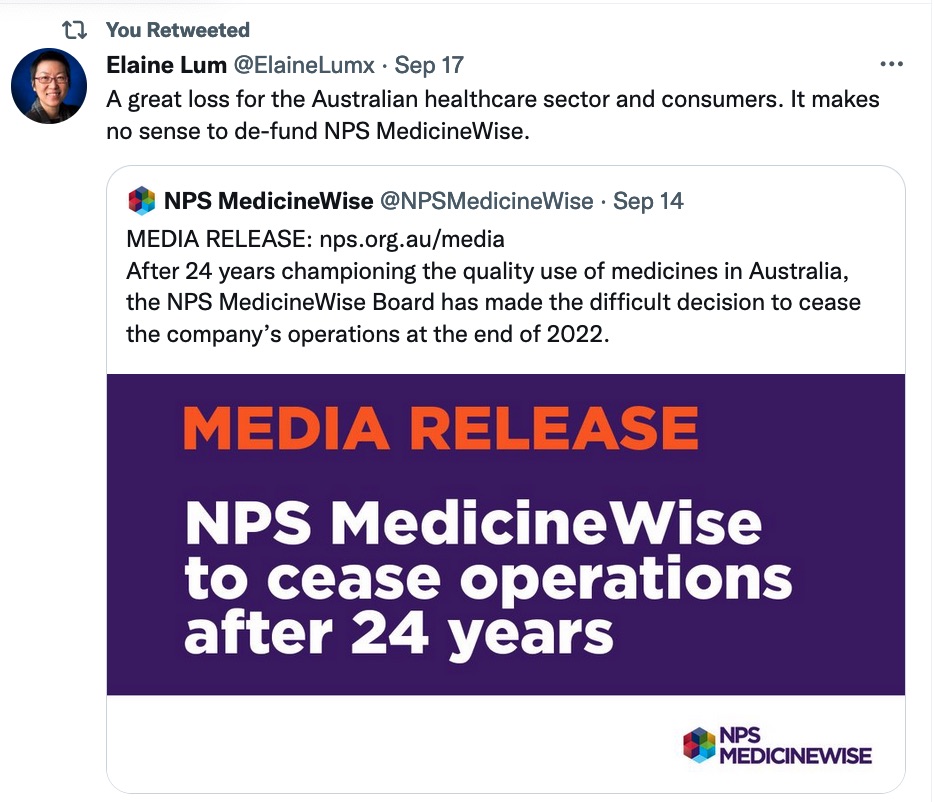 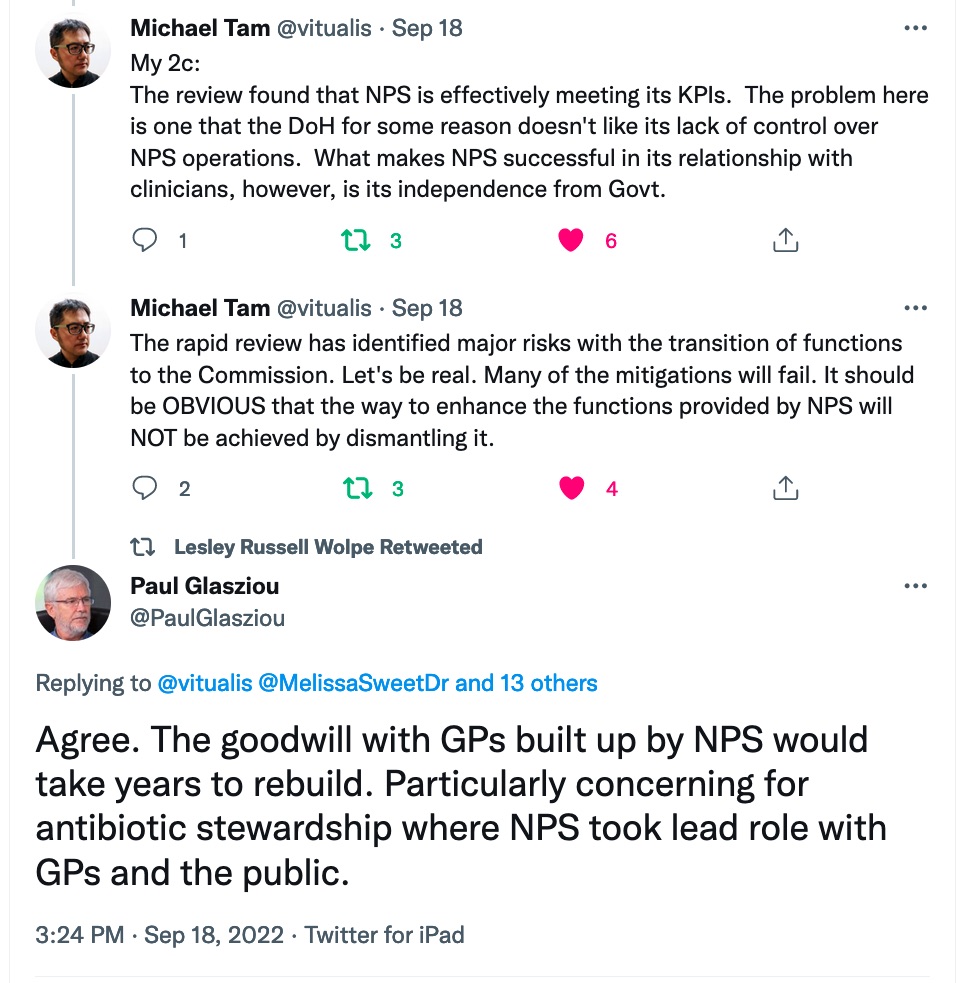 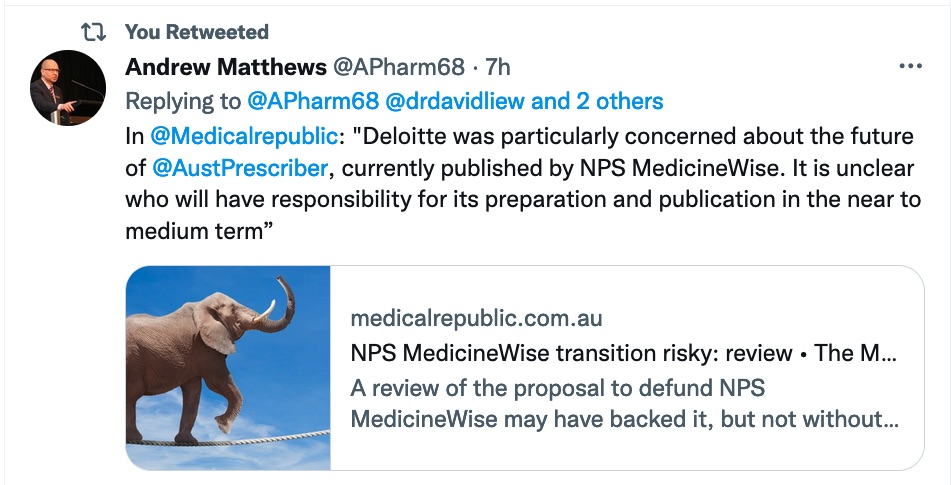 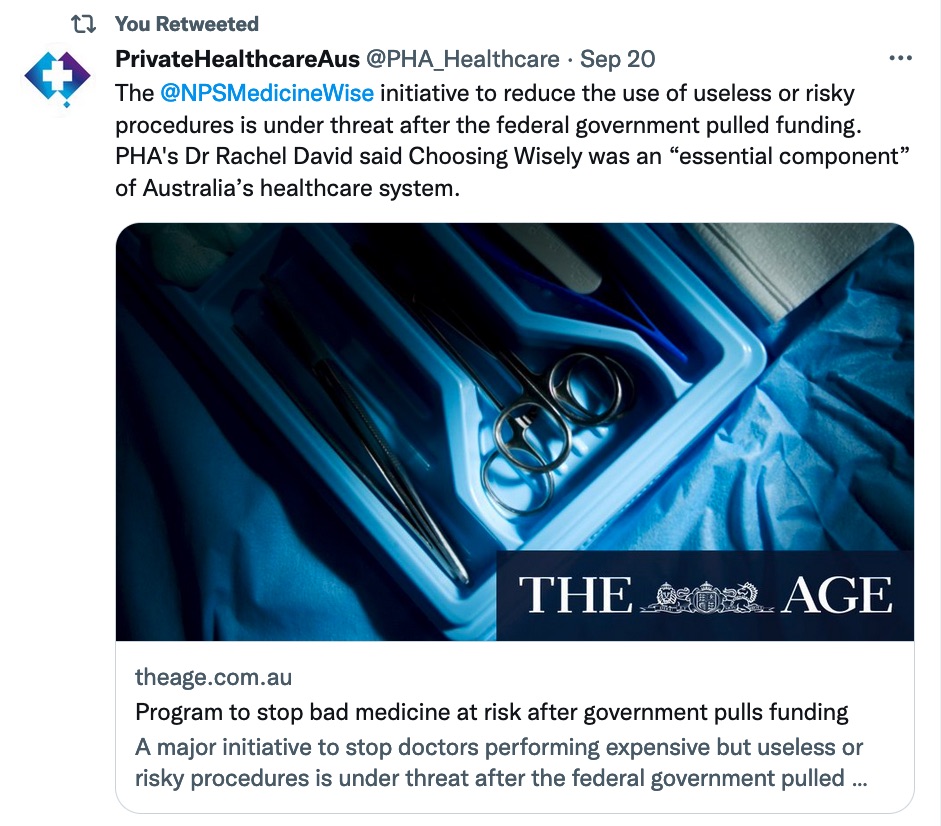