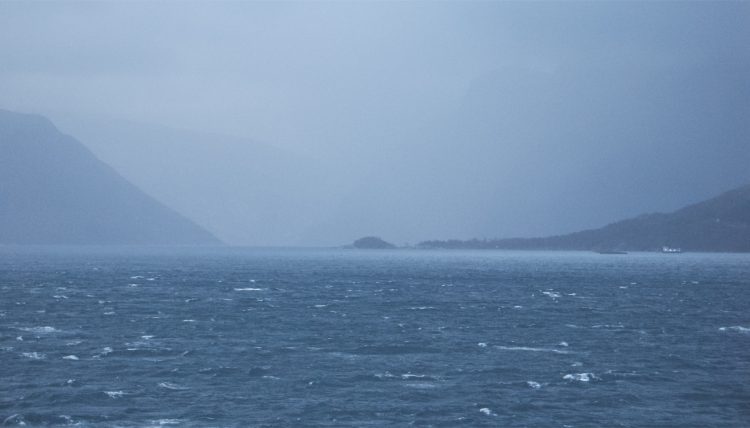 Introduction by Croakey: Climate change is increasing the risk of drowning, especially for people living in the Asia Pacific region, according to two new reports released by the World Health Organization ahead of the first World Drowning Prevention Day, on 25 July (Regional Status Report on Drowning in the Western Pacific and Regional Status Report on Drowning in South-East Asia)

As experienced in China, Germany and other countries recently, more frequent and extreme weather events can lead to more regular and intense floods, increasing the risk of drowning.

Meanwhile, researchers in Western Australia have also identified climate change as one of a number of challenges for those working to reduce the toll of suffering from drowning.

Dr Justine Leavy, Dr Gemma Crawford, Dr Elizabeth Newnham, and Francene Leaversuch from Curtin University and the Western Australian Drowning Prevention and Water Safety Evaluation and Research Network, write below that Australia has a role to play in our region and beyond in preventing drowning.

And in Australia, drowning prevention strategies are needed to target older adults, especially those who travel, they say.

We need to talk about a largely preventable, significant, but relatively neglected public health issue. Drowning.

This inaugural global advocacy event, supported by the World Health Organization (WHO), will acknowledge and commemorate the lives of more than 200,000 people who drown each year and highlight the impact on individuals, families and communities around the world.

Preventing drowning globally is a complex challenge. There is a high degree of uncertainty in reporting on global drowning estimates, which exclude drownings attributable to flood-related climatic events and water transport incidents.

Consequently, drowning deaths may be under-estimated by up to 50 percent in some countries. The WHO suggests that a range of factors influence drowning risk including age, access, flood disasters and travel. Achieving drowning prevention targets requires action to enhance the synergistic effects of local and global action and of the public health, social and sustainability agendas.

Drowning prevention is a matter of health equity, disproportionately affecting certain populations. Drowning happens within and across countries, but more than 90 percent of drowning occurs in low- and middle-income country contexts (LMICs).

Drowning is a leading cause of death among children aged 1-4 years; however, risk varies by location. For example, in Bangladesh child drownings most often occur in natural bodies of water such as ponds or lakes and most frequently during monsoon season, while in a high-income country (HIC) like Australia, child drownings occur in household swimming pools and bathtubs.

Amongst adults 65 years and older, recent estimates suggest unintentional drowning accounted for almost 50,000 deaths in 2017. The high rates of drowning among older adults can be explained by sociocultural and or climate-related factors.

Drowning prevention is also an issue of globalisation. Populations on the move are at heightened risk with more individuals travelling by water for work and migrants and those seeking asylum often travelling by unsafe watercraft.

These issues captured the public’s attention when images of three year-old, Alan Kurdi, were broadcast across the globe. Alan and his family, seeking refuge from Syria, were attempting to reach the Greek island of Kos when their boat capsized. Alan, his brother, mother and others drowned.

In 2017, Alan’s aunt Tima delivered a powerful address to World Drowning Conference delegates on the need for voice and action to prevent migrants drownings, leading to the Vancouver Declaration on Drowning Risk Reduction of Migrants and Refugees calling for greater focus on the broader socioecological determinants of drowning.

In Australia, this is reflected in changing contextual understanding of waterways and prevention strategies resulting from increased migration which requires greater attention.

…water-related disasters increasingly affect millions of people globally owing in part to the escalating adverse impacts of climate change… flooding affects more people than any other natural hazard, with drowning being the main cause of death.”

Climate change has dramatically increased the frequency, magnitude and extent of floods globally. Beyond the catastrophic effects of COVID-19, floods were the most common disaster in 2020 affecting 33.2 million people.

The Emergency Events Database, maintained by the Centre for Research on the Epidemiology of Disasters, recorded 23% more floods, and 18% more flood-related deaths than the annual average last year, an upwards trend consistent with prior years. Floods accounted for 41% of disaster-related deaths globally in 2020 – indicating a significant and persistent risk for vulnerable populations, as accelerating changes to climate create conditions for severe storms, floods and landslides.

Patterns of increased rainfall and storm surge present severe risks for drowning, as well as injuries from debris or collapsing buildings. In addition, estimates suggest that mortality may increase by up to 50% in the year after a flood, likely due to disrupted and damaged health systems, contaminants present in floodwater, and communicable disease outbreaks.

Floods cause widespread displacement for families and communities, compounding health and social impacts, as well as significant damage to agricultural land, often resulting in food shortages and a lack of clean water available for affected communities.

Dr David Meddings from the Department of the Social Determinants of Health at the WHO suggests that despite the significant progress made in drowning prevention in high income countries, interventions are desperately needed in LMICs to protect at-risk populations:

Global data indicates that the greatest regional risk of flood disasters occurs in Asia and Africa, highlighting a need for informed policy and initiatives tailored to specific settings.”

Scarr says: “Our neighbours are going to need help to fulfil the goals in this resolution. We are uniquely placed to help them reduce drowning deaths in their communities.”

Over the past 12 months Australia has experienced once in a century flooding and the eastern seaboard has been ravaged by bushfires. Both events represent Australia’s ‘new normal’, a pattern of intensification with extreme rainfalls over short periods of time as well as more extreme hot days and heat waves.

With older adults making up the top three age groups who drown in Australia it is time to think about climate-related events and the crucial prevention efforts.  As a result of COVID-19 travel restrictions there is an inherent likelihood older Australian adults will be traveling within their state to previously unexplored, remote, coastal locations and inland waterways.

Unsafe crossing flooded waterways, volatile coastal conditions which may be dangerous for fishing, and swimming alone in isolated locations amplifies the climate-related drowning risk for our grey nomads who traverse our vast country for pleasure, recreation and sport.

In Australia, there is a need for drowning prevention strategies to target older adults especially those who travel.

More explicit links could now be made with the Sustainability Development Agenda, and the Climate and Health Alliance’s Framework for a National Strategy on Climate, Health and Well-being for Australia.

Australia has a role to play in our region and beyond. Greater advocacy is required to build government support to raise the profile of and address drowning prevention and water safety promotion.

The world we choose has to reflect the actions we take.”

Dr Justine Leavy is a Senior Lecturer in the Curtin School of Population Health and a co-Director of the Western Australian Drowning Prevention and Water Safety Evaluation and Research Network (WADER-n),  and a Fellow of the Australian Health Promotion Association

Dr Gemma Crawford is a Senior Lecturer in the Curtin School of Population Health and a co-Director of WADER-n, and President of the Australian Health Promotion Association

Dr Elizabeth Newnham is a Curtin Senior Research Fellow in the Curtin School of Population Health and Director of the Asia Pacific Disaster Mental Health Network.

Ms Francene Leaversuch is a public health academic in the Curtin School of Population Health, and a member of WADER-n.