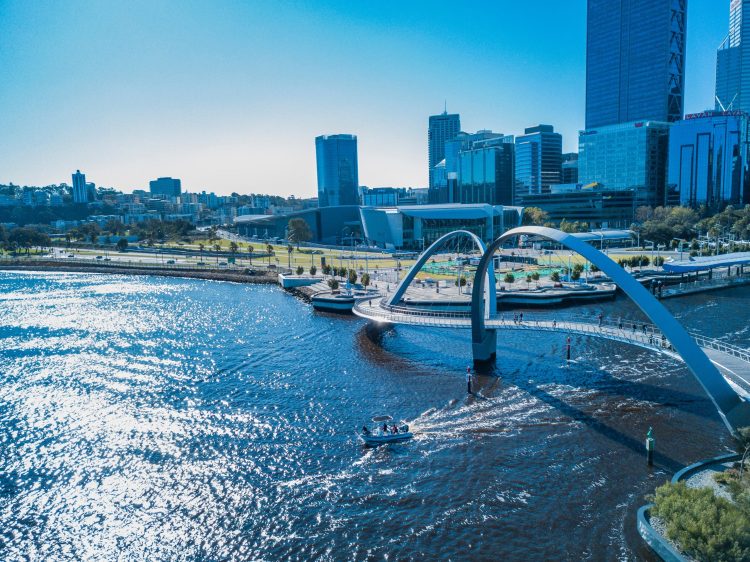 As Western Australia turns towards an election, what are the critical health issues?

Ahead of the Western Australian election next year, public health advocates are signalling their determination to put climate action, criminal law reform and increased spending on prevention firmly on the political radar.

The Public Health Association of Australia (PHAA) WA Branch today releases its 2021 election platform, Striving towards a healthier Western Australia: 2021 and beyond.

This urges parties and voters to #ThinkPublicHealth and prioritise effective, evidence-based public health policies in 2021, according to the article below by Dr Elizabeth Connor, vice president of the branch, and her colleagues in the branch committee.

The COVID-19 pandemic has shown that prevention and public health must be priorities for political parties and voters alike, to support a sustainable and effective approach to health in WA.

Following a year of unparalleled levels of support for the current Government and Premier Mark McGowan, Labor is a strong contender to win the election, to be held on 13 March 2021.

The McGowan Government has been in the national spotlight and has garnered considerable local support for its approach to managing COVID-19, including tough and unapologetic border closures. It has taken a strong focus on economic recovery in the WA COVID-19 Recovery Plan and the 2020-2021 State budget released in October, with a mantra of keeping WA ‘safe and strong’.

In this context, the other major parties including the Australian Liberal Party, The Greens and the Nationals, are in for a fight – with the Liberal Party already going into election mode under the new leadership of Zak Kirkup (following the resignation of Liza Harvey).

It is likely that health will be firmly on the agenda for the coming election. How could it not be after the events of 2020?

COVID-19 and the importance of health are firmly in the collective mind of the WA public. The Opposition has committed to following the advice of the WA Chief Health Officer in relation to COVID-19, as the McGowan Government did throughout 2020 and now.

In addition, a swath of documents pepper the policy landscape in WA and nationally, pointing to the need for health sector reform and a focus on prevention; some established, including the Better Choices. Better Lives. Western Australian Mental Health, Alcohol and Other Drug Services Plan 2015–2025  (The Better Choices, Better Lives Plan) and the Sustainable Health Review Final Report and others new, including the Productivity Commission Mental Health Inquiry Report, and the WA Climate Health Inquiry Final Report.

Our 2021 Election Platform, released today, has an emphasis on protecting those groups in our community who carry a disproportionate burden of disease, and calls for urgent commitment from all political parties to actions across six key public health areas, as outlined below.

3) Maintain Healthway’s activities, funded at no less than the current level with indexation.

The WA health and mental health systems face enormous financial pressures, with expenditure on health in WA projected to increase to almost 40 percent of the State budget by 2026-27.

Election 2021 context: These asks should be uncontroversial, aligning directly with the recommendations made in the Sustainable Health Review Final Report and The Better Choices, Better Lives Plan.

However, we know that there is chronic underinvestment in mental health prevention in WA. There is currently no publicly available data on health prevention spending in WA. Reporting was due to commence in December 2019 as per the Sustainable Health Review Final Report, but is yet to be seen publicly.

With a renewed focus on the Sustainable Health Review implementation, and the lessons of COVID-19 fresh in our minds, it is hoped that these asks will be supported by political parties.

This should be applied per standard drink for all alcohol products and be informed by independent modelling using WA data, and regularly adjusted for inflation and supported by appropriate resourcing for support agencies.

There is a strong link between alcohol price, use, and harm. In WA, alcohol is promoted and sold at dangerously cheap prices. The World Health Organization has found alcohol taxation and pricing policies to be among the most effective and cost-effective alcohol control measures.

A minimum unit price for alcohol would set a price below which alcoholic drinks cannot be sold, and is a targeted measure that would reduce alcohol use among the heaviest drinkers, while having minimal impact on moderate drinkers.

Election 2021 context: This ask aligns with recommendations from a number of key guiding state and national strategies. In line with public comments from his office, the current WA Health Minister is open to minimum unit pricing, although no formal commitment has been made.

In October 2018, over 70 health and community organisations expressed support for the introduction of minimum unit pricing in WA. The Northern Territory has had a minimum price for alcohol for two years now, and it has resulted in reductions in a range of alcohol-related harms.

Given the policy faces opposition from some sectors of the alcohol industry, strong support from health and communities groups will be needed to keep this on the table in 2021.

Companies use WA government (and taxpayer-funded) assets to market and boost sales of unhealthy food, alcohol, and drinks. WA children are being targeted with food marketing, with 74% of outdoor food advertising within 500m of Perth schools being for unhealthy foods.

A ban on advertising of unhealthy food and drink on all State-owned assets would support broader obesity prevention and alcohol-related harm strategies.

Election 2021 context: This ask aligns with the recommendations from a number of WA frameworks and key reports. Evidence shows that policies to remove unhealthy food advertising implemented in other jurisdictions have not had a negative impact on government revenue.

WA’s leading non-government health agencies, including PHAA WA, have expressed support for this policy in a recent Joint Statement. This advocacy, in conjunction with mounting pressure to address obesity in WA, aims to cement this issue in the political agenda in 2021.

4. Raise the minimum age of criminal responsibility to 14

Entering the justice system at a young age can have adverse life course effects, including health and social consequences.

We know that the WA Government’s ability to incarcerate children as young as 10 years has a disproportionate impact on Aboriginal and Torres Strait Islander children.

Election 2021 context: This issue has been gaining traction nationally in 2020, with the Raise the Age campaign launching in June prior to a Council of Attorneys-General (CAG) meeting where members were due to vote on raising the age of legal responsibility from 10 to 14 years.

However, the CAG delayed their decision for at least 12 months; a move condemned by many stakeholders, including the Aboriginal Legal Service of WA and the Human Rights Law Centre.

The ACT Legislative Assembly has since committed to increasing the age of criminal responsibility from 10 to 14 years, prompting strong discussion about the potential for other governments to follow suit.

The incoming WA Government has a real chance to protect our WA children from ongoing interactions with the justice system by joining the ACT as leaders in this space by committing to increasing the age.

5. Keep the current restrictions on electronic gaming machines in WA

By supporting a ban on electronic gaming machines, WA leads the way in minimising the uptake of gambling and the health and social impacts it has on individuals, families and the wider WA community, and not having pokies in the state is something the WA community takes pride in.

Election 2021 context: In 2019, the WA Government passed the TAB (Disposal) Act 2019, which provided for the sale and privatisation of the TAB. As part of the sale, the legislation permits simulated racing machines to be placed in TABs in WA (a form of electronic gaming) (despite both major parties committing to keeping pokies out of WA prior to the 2017 WA state election).

In 2019, PHAA WA partnered with the community sector for the #DontBetOnHealth campaign, which sought amendments to the Act to ensure this provision was not included. While the Act passed unamended, the provision in the Act does not mean that any contract must include provisions to allow simulated racing machines in TABs.

Negotiations on the sale of the TAB have also been delayed, meaning a window of opportunity remains to convince government to ensure that any sale arrangements continue to prohibit simulated racing machines in TABs in the community.

Now is the time for government to commit to keeping electronic gaming machines out of TABs, and we know WA voters will support this move.

6. Act on climate change, with a target of net zero emissions by 2050

A healthy WA community is impossible to achieve without a healthy environment. Action to ensure a safe climate and a just, equitable, and ecologically sustainable society is a critical and urgent public health priority.

Many actions to promote a safe climate have additional benefits for health and well-being including physical activity, improved community amenity and healthier diets.

Election 2021 context: All state and territory governments have committed to net zero emissions by 2050. A range of reports provide a basis for action in WA, including the Western Australian Climate Policy, and the recent Climate Health WA Inquiry Final Report.

The current WA Government has provided in-principle support for the findings and recommendations of the Climate Health WA Inquiry Final Report. With this support already stated, it will be up to the Opposition and other parties to now come to the table with similar commitments in the 2021 election.

PHAA WA will advocate for these asks up to the election in March 2021. WA voters can get behind the campaign, using the Election Platform as a guide, and by actively engaging in the following ways:

PHAA WA has developed an Election Platform Toolkit to help you support the campaign.

PHAA WA will ask the major parties to respond to our Election Platform and will use party policies to develop an Election Scorecard in early 2021 to assist WA voters to make an informed voting choice in the 2021 State Election.

PHAA WA urges all parties to prioritise public health and prevention this election, and encourages all voters to look critically at the policies being presented.

Now is the time for parties to #ThinkPublicHealth and increase investment in prevention, as well as commit to the evidence-based policies outlined above so we can strive towards a healthier WA in 2021 and beyond.

• Register for the launch here. 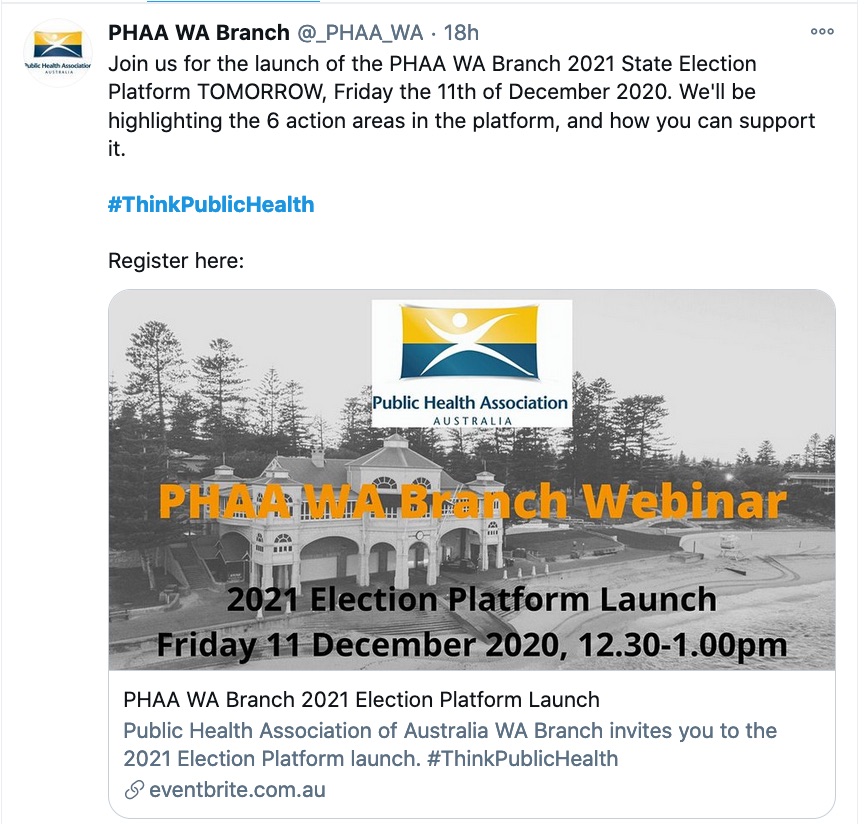 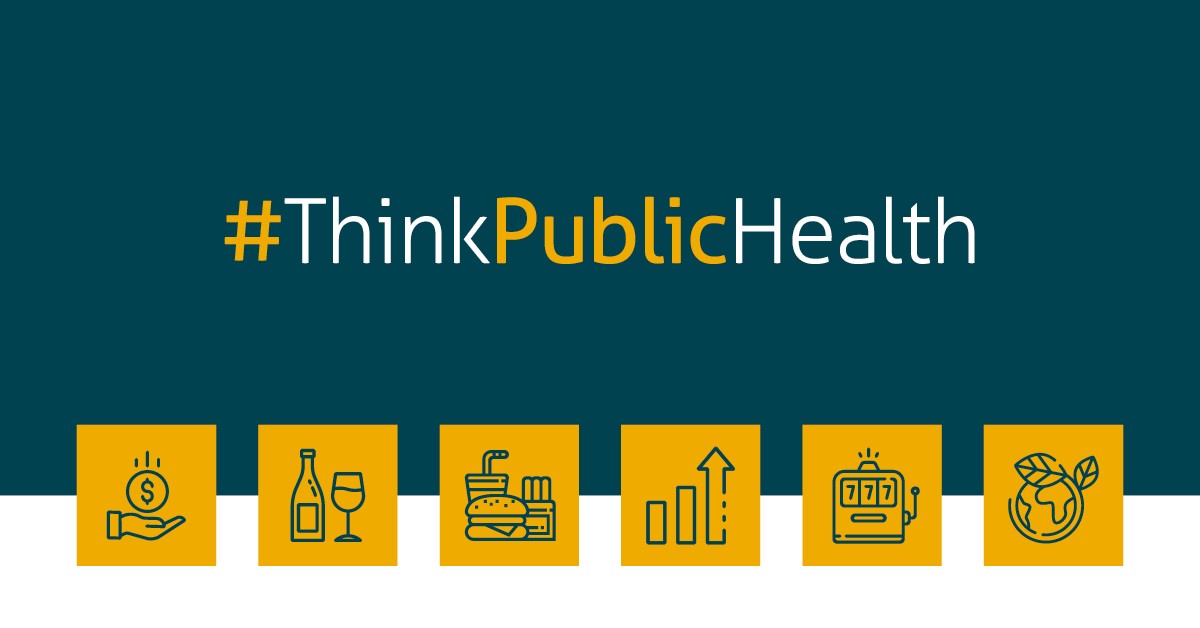