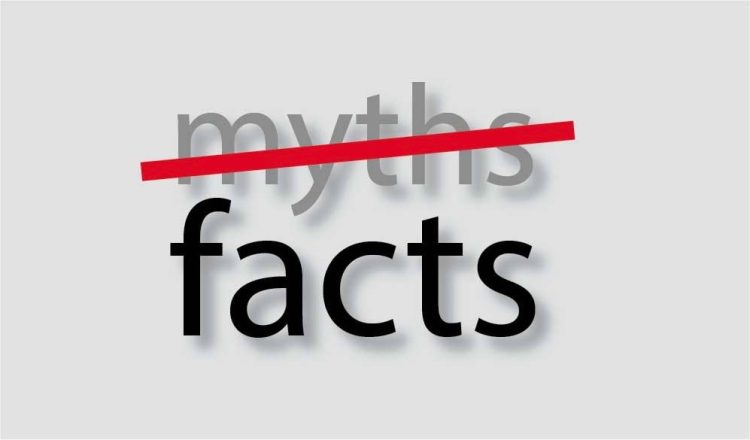 This is exactly what we’ve seen in recent weeks, with prominent media outlets – including Sky News, News Ltd and Radio 2GB – uncritically regurgitating a politically motivated, misleading campaign against new codes of conduct for nurses and midwives.

Associate Professor Lynette Cusack, Chair of the Nursing and Midwifery Board of Australia (NMBA), has previously written for Croakey that these new codes are “common sense and evidence-based” in requiring nurses and midwives to take responsibility for improving the cultural safety of health services and systems for Aboriginal and Torres Strait Islander patients and colleagues.

This position has been reiterated in a joint statement by the NMBA and four other nursing and midwifery groups in response to the most recent media repetition of false claims that the new codes would require white nurses and midwives to apologise to Indigenous patients for being white.

Also make sure to read new articles at IndigenousX where:

Meanwhile, Dr Ruth DeSouza, a scholar of cultural safety in nursing, has provided a handy guide below, busting some myths about cultural safety. Please feel free to share this infographic summarising her article (also reproduced below).

Correction: Race is a proven determinant of health. The Nursing and Midwifery Codes of Conduct acknowledge racism and attempt to reduce its impact on health.

Australia is a white settler society like the United States, Canada and New Zealand. In such settler societies, colonisation and racism have had devastating effects on Indigenous health and wellbeing. These include: the theft of land and economic resources; the deliberate marginalisation and erasure of cultural beliefs, practices and language; and the forced imposition of British models of health over systems of healing that had been in Australia for millennia.

Along with the systematic destruction of these basic tools for wellbeing, interpersonal racism has also contributed to a reduction in access to health promoting resources for Indigenous communities. Cultural safety was developed and led by Indigenous nurses in New Zealand to mitigate the harms of colonisation and improve health care quality and outcomes for Māori, and this has been extended by nurses in Australia, Canada and the US.

Evidence demonstrates that health system adaptations informed by a cultural safety approach have benefits for the broader community. For example, in New Zealand, the request by Māori to have family involved in care (whānau support) have led to a more family-oriented health care system for everyone.

I’m white but I’ve had a hard life, who is to say that I am privileged? Why am I being called racist for being white? That’s racist! I am a nurse, I’ve been abused, I am not privileged.  I fought hard for everything I have and have achieved today.

Correction: Whiteness and white privilege refers to a system, they are not an insult.

Scholar Aileen Moreton-Robinson points out that British invasion and colonisation institutionalised whiteness into every aspect of law and policy in Australia. One of the first actions of the newly formed Australian nation state in 1901 was to pass the Immigration Restriction Act restricting the entry of non-white people.

The White Australia policy ended in 1962, when some of our lawmakers today were adults. Unsurprisingly, politicians have reflected these assumptions as they have demonised successive groups of migrants and refugees.

Even accounting for class and poverty, people who are white experience privileges that are not available to people of colour. White people can’t actually be systematically oppressed on the basis of their race by Indigenous people or people of colour, because the colonial systems of governance are still in force.

As the comedian Aamer Rahman points out, so called “reverse racism” would only exist under circumstances where white people had been intergenerationally marginalised from the social and economic resources of the nation on the basis of their race. The way Graeme Haycroft from the Nurses Professional Association of Queensland Inc attempts to create equivalence between the inconvenience of having to think differently about health with generations of dispossession is farcical and insulting.

Why can’t we treat everyone with respect? Dividing people into categories of oppressors and victims isn’t helpful.  I respect each patient and their diversity as I respect all the nurses I work with and their cultural diversity.

Correction: No matter what individuals believe, entering the health system is not always a safe experience for cultural minorities. Providing tailored care where possible helps the health system work for everyone.

One size does not fit all. It’s not helpful to treat everybody the same or to say that one does not see colour. How one shows respect varies from one person to the next. Some things work for some people, while others don’t.

Many nurses and midwives already tailor health care to people’s bodies, genders, class and sexuality. For example, the grumpy old entitled man is a well-known “type” of patient that nurses have dealt with for generations, disrupting their own routines and responding to patient demands in order to get them to accept the care required.

Cultural safety promotes an understanding of the culture of health and asks nurses and midwives to be learn to be more responsive to the needs of the patient generally, and this only benefits patients.

Cultural safety asks caregivers to challenge biases and implicit assumptions in order to improve healthcare experiences for Aboriginal and Torres Strait Islander peoples. In the codes, cultural safety also applies to any person or group of people who may differ from the nurse/midwife due to race, disability, socioeconomic status, age, gender, sexuality, ethnicity, migrant/refugee status, religious belief or political beliefs.

In other words, where “business as usual” is designed for white people, cultural safety is for everyone.

Why is cultural safety being regarded in the new Codes of Conduct as equally important to the patient as clinical safety? Doesn’t that devalue clinical care?

The health system is not accessed equally by all Australians who need it. For example, Aboriginal and Torres Strait Islander people access health services at less than half of their expected need. Safety and quality of care are also linked with culture and language. Research shows that people from minority cultural and language backgrounds are more at risk of experiencing preventable adverse events compared to white patients.

Discrimination, transphobia, homophobia and a lack of cultural safety from health professionals discourage help seeking. Having services that are welcoming and safe would facilitate equitable health outcomes for all these groups.

There is no objective assessment of what constitutes “cultural safety”.

Correction: Only the person and/or their family can determine whether or not care is culturally safe and respectful.

The most transformative aspect of cultural safety is a patient centered care approach, which emphasises sharing decision-making, information, power and responsibility. It asks us as clinicians to demonstrate respect for the values and beliefs of the patient and their family; advocating for flexibility in health care delivery and moving beyond paternalistic models of care.

Patient-centred care is institutionalised in the Australian Charter of Health Care Rights (ACSQHC, 2007) and the Australian Safety and Quality Framework for Health Service Standards (2017) Partnering with consumers (Standard 2).

Cultural safety challenges nurses and midwives to work in partnership with people and communities but acknowledges that the system is weighted towards the interests of those who work in the system. We think we give the same care to everyone, but everyone experiences our care differently.

Once we understand ourselves and our health system as having a culture that privileges some people over others – whether we are conscious of it or not – we can get on with the real work of implementing better healthcare experiences for Aboriginal and Torres Strait Islander peoples and other marginalised groups. 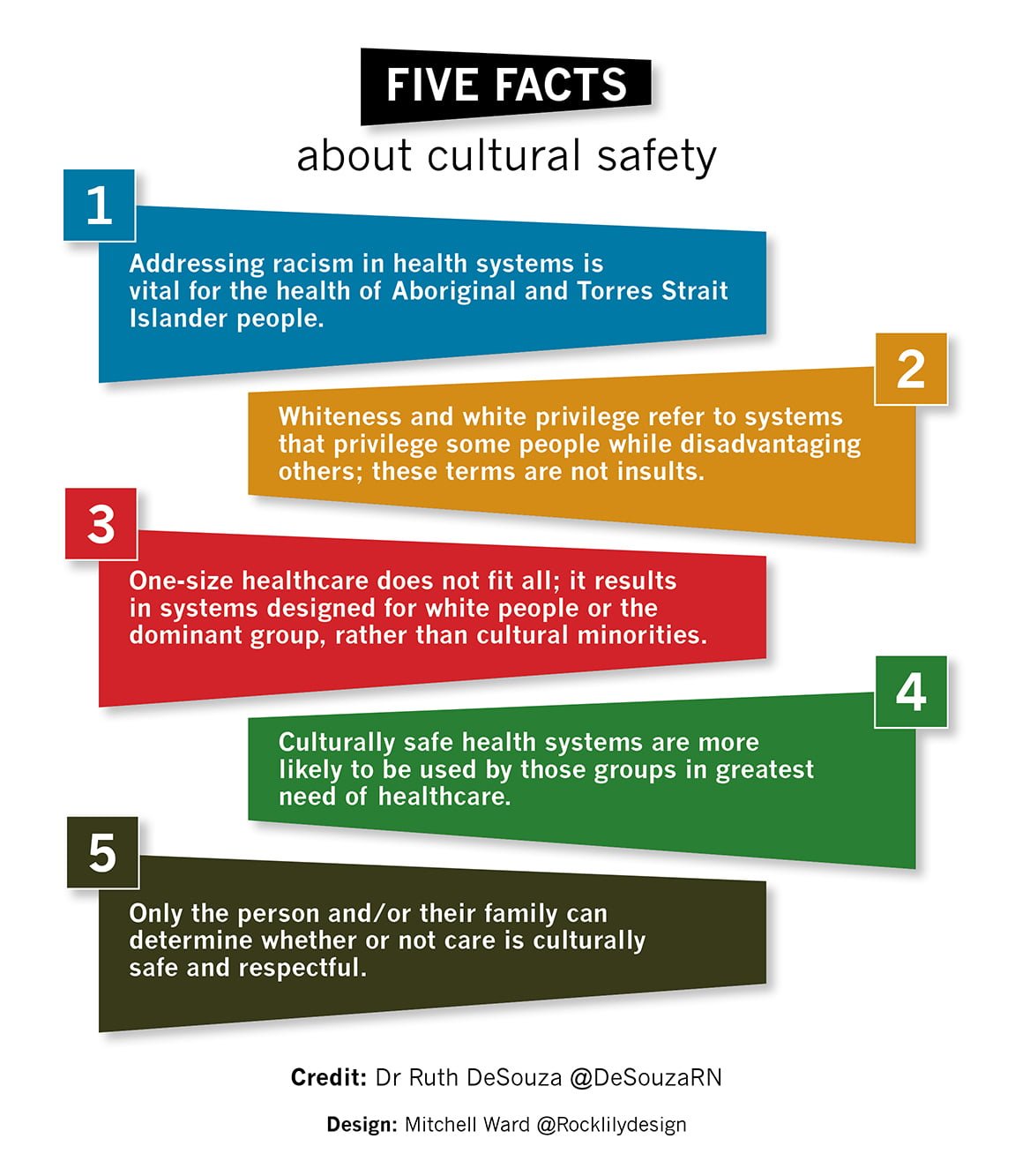 PrevPrevious“I was sworn at, hit, threatened & forcibly kissed”: call to end violence against health care staff
NextIf the health sector is “weird” now, how can we make it better? Wrapping #AHCRA2018Next