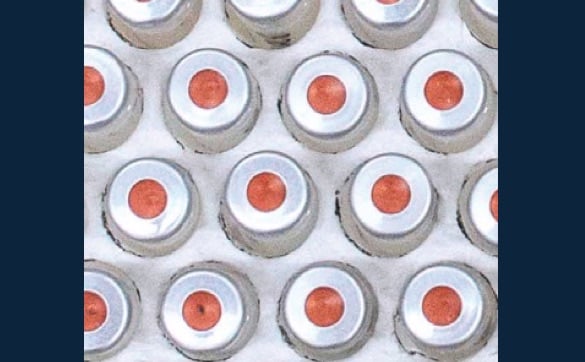 Calling for greater accountability and transparency in the pathology industry

Given concerns about the impacts upon patients of such companies passing on the Medicare cuts announced in the Mid-Year Economic and Fiscal Outlook (as raised by Aboriginal health and consumer health groups, amongst others), Brooks has called for greater accountability of this corporate sector.

He argues below that more data should be made available to help inform public policy and debate.

It’s a timely call given the claims and counter-claims flying around about the impact of the MYEFO cuts upon the costs of Pap smears.

More than 130,000 people (as of 9am this morning) have signed this online petition calling for Pap smears and blood tests to remain free (more than 30,000 of those signatures were added in the last 12 hours).

See also related tweets and comments at the bottom of this post.

Debate about the MYEFO cuts affecting pathology services has been noticeably lacking in some of the data that would help us to assess the issues sensibly.

Below are some suggestions for where more information is needed to help ensure the wisest use of public funds.

It would be interesting for the Medicare income paid to individual pathologists and pathology companies to be publicly reported. It is after all ‘our’ tax dollars that directly fund these health professionals and entities. I suspect most Australians would be somewhat surprised at these figures.

Some of these pathologists own multi-million dollar businesses, ‘trading’, if you like, on illness. The senior pathologists in private companies are very well remunerated (though confidentiality clauses in their contracts means there is little data available on this).

However, many young pathologists face unattractive conditions on limited contracts, which is leading to increasing competition for public teaching hospital positions.

Perhaps we need to have a much more open debate about how we fund these entities in an era of declining government revenues and particularly when we have good evidence that pathology and radiology services are overused in a number of clinical situations. This includes things such as X-rays for acute episodes of back pain, screening for vitamin D levels and liver function tests.

Similarly, it would be useful to know exactly how much tax these professionals and entities pay. As Croakey reported recently, many health and medical companies pay relatively low tax rates.

It would also be useful to know who are the shareholders of these companies. Are we – the taxpayers of Australia – to continue to fund unnecessary pathology and radiology services, particularly if the company has significant overseas investors?

Pathologists employed by these companies seem to be increasingly critical of excessive workloads, and concerned about limited access to continuing education to allow them to maintain standards.

It is concerning that in these corporate settings, there is very little opportunity for research, and not much opportunity available to teach students as happens in the public sector.

How much of those profits go back into the business to improve facilities, working conditions and patient care – or are these profits all directed to shareholders?

If these figure are known, then surely they should be publicly available so that taxpayers can see where their tax dollars go, and politicians can also use the data for their decision making as well.

Provision of pathology services can be a very lucrative business, particularly in Australia where it is significantly underwritten by the public purse.

These services are very important in underpinning our health system. If there really is a problem in keeping them financially viable, then surely we should be looking at ALL the data and assisting them – or developing alternative models of service provision.

However, if the costs of providing these services are influenced by things such as significant increases in costs of rental for collection rooms in GP surgeries, then surely they should be addressed.

Australians deserve to know what these funding arrangements are, and who is making the profit on “their” illness and where that profit is going.

If the data demonstrate that these companies are acting for their shareholders, rather than for patients and the Australian health system, then Bill Shorten and the Greens might even join with the Government in a bipartisan approach to rationalising some of the over-servicing that occurs in the health system. This would actually be in the best interests of patients.

Given the significant amount of government funding involved, there might also be an argument for review by an independent group such as the Productivity Commission, which first identified some of the inefficiencies in the health system in their 2005 report on the health workforce.

I note reports (AFR, 18/12/15) that Sonic Healthcare made nearly $400 million profit this year, while Healthscope, the third leading provider of pathology services in 2013-14 received significant Medicare funding yet paid no tax in that year.

Meanwhile, we have seen a number of leading pathologists and representatives of lobby groups such as the Royal College of Pathologists Australia “crying poor”, and talking of “the tight margins” in the pathology industry and the need for them (the pathology companies ) to pass on the cuts to the vulnerable patients.

Now all this MAY be true BUT in the absence of any data it is surely hard for the public to really understand what the truth is.

• Peter Brooks is Professorial Fellow, Centre for Health Policy at the Melbourne School of Population and Global Health

• Linking to an investigation by Bob Burton of political donations by Pathology Australia.

• Is it time for an investigation into the pathology industry?

• Pathology and government sums don’t quite add up

OK, so here’s how I understand it. Medicare rebate for pathology is the same (and rebate frozen)
… but incentive to pathology providers to bulk bill has been removed.

(Which is not the Practice Incentive Payment, which encourages GP practices to find underscreened)

But may end up with a bill from pathology provider. Sussan Ley says they won’t. I’m less sure.

Most affected will be low paid workers without Health Care Card or pension.

A concluding note from Croakey

It’s hardly news that corporates and some private providers make hefty profits from Medicare, sometimes for services of questionable value, while others service providers are so cash-strapped that people miss out or have to wait unreasonable periods of time for useful services.

There have been longstanding calls for sensible reform to tackle some of these imbalances. A critical issue for any such reforms (to be distinguished from blunt, broad-brush cuts focused on the bottom line) is to ensure equitable access to care, particularly for those already struggling with Australia’s relatively high out-of-pocket costs.

The feature image of this post is adapted from the Sonic Healthcare annual report for last year, in which chairman Peter Campbell notes that the company “is expecting significant earnings growth in 2016, in the order of around 20%. Our confidence in the earnings outlook enabled us to reward shareholders with an increase of 4.5% in total dividends for the 2015 year”.

The report also includes a section about risks to the company that says:

“In most of Sonic’s markets the majority of revenue is priced based on fee schedules set by government or quasi government bodies and, especially in the USA, insurance companies. As a result of the strong underlying volume growth drivers, healthcare funders will sometimes use fee cuts or other adjustments to curb growth in their outlays. Sonic mitigates this risk through its geographic and line of business diversification, by seeking diversified sources of revenue for its services within markets, and by being one of the largest, more efficient operators and therefore less impacted by adverse market changes than smaller, less efficient players. In general, fee pressures drive further market consolidation, feeding into Sonic’s core strategy of growth both organically and by acquisition, with attendant synergy capture and economies of scale.”