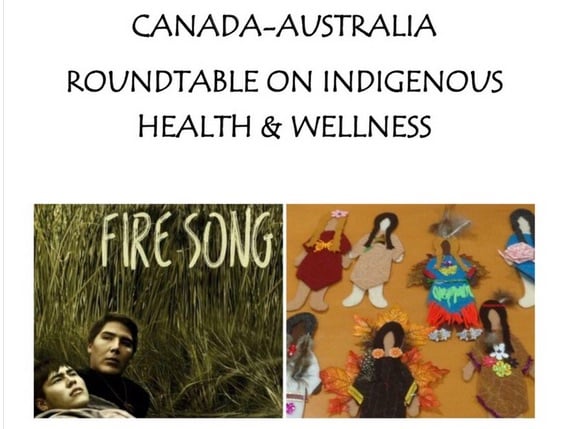 Canadian-Australian collaboration puts a focus on Indigenous health and wellbeing

This week the Canadian High Commission, Australian Government, the Australian National University and the Lowitja Institute are jointly convening a round-table meeting in Canberra on Indigenous health and wellbeing.

The program, which begins with an opening reception this evening, also includes the screening of a Canadian film, Fire Song, at the National Film and Sound Archive on Monday evening, followed by a panel discussion. A Faceless Dolls workshop will be held at Winnunga Nimmityjah Aboriginal Health Service on Tuesday afternoon, in remembrance of missing and murdered Aboriginal women and girls in Canada.

Summer May Finlay (@OnTopicAus) is covering these events for the Croakey Conference News Service, and you can follow the discussions on Twitter at #AusCanIndigenousWellness, and at @WePublicHealth.

Below, Paul Maddison, High Commissioner of Canada to Australia, Nauru, Papua New Guinea, Solomon Islands, and Vanuatu, and Ambassador to Marshall Islands, Micronesia, and Palau, and Romlie Mokak, a Djugun/Yawuru man and Chief Executive Officer of the Lowitja Institute, explain their hopes for the meeting.

It comes just a few days after the Prime Minister of Canada, Justin Trudeau, and the National Chief of the Assembly of First Nations, Perry Bellegarde, issued a joint statement on a Pan-Canadian Framework on Clean Growth and Climate Change, stating that Canada and First Nations would collaborate on climate change action, and recognising that First Nations are climate leaders.

This Roundtable has its genesis in a series of annual Canada-Australia Roundtables, which have been organised by the High Commission of Canada in Canberra over the past four years. These events have been developed in partnership with like-minded Australian and Canadian organisations and have addressed a range of high priority topics of bilateral interest, including: 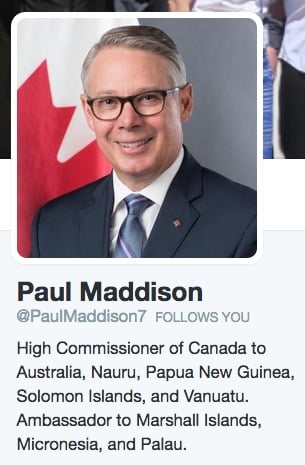 In the general field of Indigenous or First Nations Health and Wellness, there are both commonalities and differences between Canada and Australia in the public policy and socio-cultural spaces.

The common themes include: a shared negative experience of colonisation and cultural disruption, including in many cases catastrophic declines in physical, spiritual and cultural health and wellness over multiple generations; the consequent desire among First Nations to regain Indigenous self-determination and self-governance in order to nurture healthy and happy future generations; the need to understand cultural differences in how the meanings of health and wellness are understood and applied at the community, family and individual levels, and to therefore identify culturally appropriate responses, including traditional modalities and safe systems of care; the significance of cultural diversity between different Indigenous groups or communities within both countries; the differing needs and circumstances for Indigenous health and wellness in urban, regional and remote settings; and the challenges of delivering health services to remote communities in often harsh environments.

On the other hand, Canada and Australia in some ways have differing histories which impact variously on Indigenous health and wellness in the two countries.

A fundamental difference is in the history of the acknowledgement (or not) of Indigenous sovereignty or native title in each country. The historical and legal positions differ significantly, and this has affected the conditions for the emergence of frameworks for Indigenous-led governance in health and wellness.

With a Government in Canada that has recently seen increased representation by First Nations MPs, and with the appointment of the first Indigenous Minister in an Australian Government, the time was judged right to explore ways for Canada and Australia to work more closely together to develop common Indigenous health and wellness solutions.

This Roundtable promises to be an important catalyst for building new relationships from which positive collaborative solutions will flow. 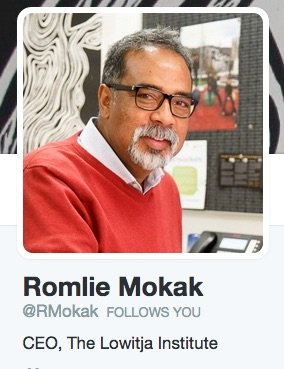 In her lecture, titled “Reconciliation: Moving Through the Post-Colonial Door”, Minister Wilson-Raybould said the following:

Our countries have much in common. Both are former British colonies, meaning that we are the product of colonialism – with all the resulting losses and harms to Indigenous lands, legal and governance systems, languages, cultures and, even, lives.

Our countries are both still coming to terms with their colonial pasts and rooting out colonial attitudes that undermine the modern relationships between the descendants of the First peoples and the newcomers.

This takes courage and hard work, but our post-colonial countries are stronger and more successful for embracing reconciliation.”

He reminded us all that:

The right to self determination underpins the right to health and all other rights, and Indigenous peoples have a holistic perspective on health…not only is it about physical and mental health but also culturally and spiritually…not only to treat illness, but to prevent illness and promote wellness.”

It is hoped that the Round-table will unfold in the true spirit of Truth and Reconciliation, with a view to making our countries stronger through the contributions, knowledge and leadership of future generations of strong, healthy and happy Indigenous communities.

We hope that the outcomes of the Round-table will be of real value and interest to Indigenous and non-Indigenous health professionals, community organisations, state and federal government agencies, researchers, artists, writers, film makers and journalists.

As said in the Lowitja Institute 2016 Conference Statement:

We honour our (First Nations) ancestors’ resilience, strength and wisdom.

In this moment in time, our obligation is to our future generations.”

Together we especially hope that young Canadians and Australians, both Indigenous and non-Indigenous, who seek the inspiration they will need to grow as leaders, will be able to draw upon the outcomes of this Round-table to inform their design and delivery of tomorrow’s health and wellness solutions within our First Nations communities, within our respective nations and indeed between our two great countries. 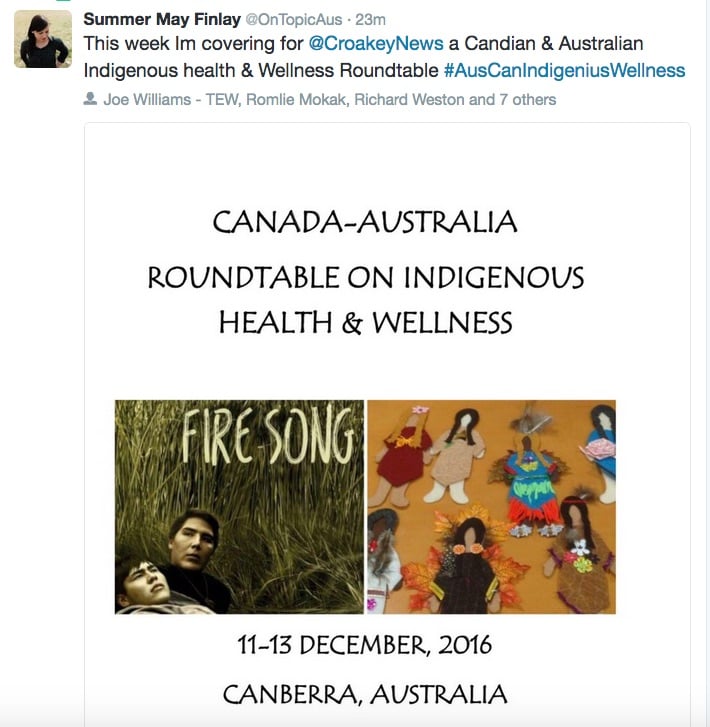 PrevPreviousIt must be time for some inspirational, aspirational and big-picture thinking about healthy futures
NextThe Health Wrap: Threats to public health; the weather report; Indigenous justice; research with impactNext