This page is produced by Croakey Professional Services, and compiles links and stories from a campaign celebrating the 25-year anniversary of the Congress of Aboriginal and Torres Strait Islander Nurses and Midwives (CATSINaM). It is being updated each week leading up to a gala dinner on Gadigal Country, Sydney, on 20 August, 2022.

Caution: Aboriginal and Torres Strait Islander readers are advised that this page may contain images and details of people who have died.

On 2 March, the media release below was issued. 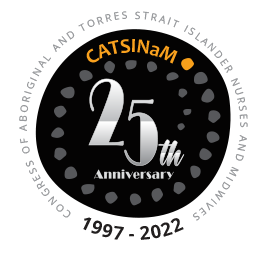 The Congress of Aboriginal and Torres Strait Islander Nurses and Midwives (CATSINaM) has launched a campaign to celebrate its 25-year anniversary and its powerful history of collective and individual activism.

CATSINaM will pay tribute to its ancestors, Elders and members over 25 weeks culminating in a national gala dinner on 20 August 2022 with a series of profile stories, films, webinars, social media and special events to mark key dates such as Close The Gap, NAIDOC Week and National Reconciliation Week.

The campaign was launched today in a national online webinar with messages of support from founding members, current members, former and current board members, the nursing and midwifery union and the Commonwealth Chief Nursing and Midwifery Officer, Adjunct Professor Alison McMillan.

CATSINaM Chief Executive Officer Professor Roianne West, a descendant of the Kalkadoon and Djaku-nde peoples, said Indigenous nurses and midwives drew on the strength of the organisation’s founders to face current challenges.

“Our model of Aboriginal and Torres Strait Islander community control that our Elders and ancestors envisaged 25 years ago provides a strong foundation and the words ‘Unity and Strength through Caring’ gifted then have guided us through these turbulent times,” Professor West said.

“Strong Indigenous leadership has helped us navigate some of the profession’s most challenging times – through COVID, bushfires, floods, and Black Lives Matter.

From the Indigenous nursing pioneers excluded from hospital training because of their Aboriginality, to the nurses and midwives today demanding culturally safe workplaces and practices, Professor West said Aboriginal and Torres Strait Islander nurses and midwives have long been on the frontline of health policy and Indigenous rights, often in the face of racism and discrimination.

Indigenous nurses and midwives are the backbone of the Australian health system and play a pivotal role towards achieving nursing and midwifery workforce and health equity for Aboriginal and Torres Strait Islander communities.

The forerunner of CATSINaM was the Congress of Aboriginal and Torres Strait Islander Nurses (CATSIN), established in 1997 on Gadigal Country, Sydney, at a national forum attended by 35 Indigenous nurses and incorporated on Gubbi Gubbi Country, Bribie Island, the following year. CATSIN’s founder and first CEO was Wiradjuri academic Dr Sally Goold who at age 17 was the first Aboriginal student nurse at Sydney’s Royal Prince Alfred Hospital and went on to be the first Aboriginal nurse at the Redfern Aboriginal Medical Service in 1972.

After a distinguished career in nursing, university teaching and as a Queensland public health leader, Dr Goold’s Master’s degree investigated why there were so few Aboriginal registered nurses, finding that the major barriers included racism and a lack of support systems. CATSIN was established as a national network of Indigenous nurses and midwives to develop strategies to increase the number of Aboriginal and Torres Strait Islander people in nursing.

In a video message at today’s launch of CATSINaM’s 25th anniversary celebrations, Aunty Sally said before CATSIN was established Indigenous nurses felt isolated and were often subjected to racism.

“From little things big things grow and that’s what happened as far as CATSIN is concerned,” she said.

Aunty Sally urged today’s nurses and midwives to maintain their focus on the value of their careers. “Keep your eye on the prize and a prize it is, it’s wonderful,” she said.

The motto, chosen by the founding members, means: “Unity, us all getting together; the strength would be the strength from each other; and caring because nursing is a caring profession,” Aunty Nola said.

CATSINaM today has almost 2,000 members and is a member of the National Aboriginal and Torres Strait Islander Coalition of Peaks. The organisation promotes, supports and advocates for Aboriginal and Torres Strait Islander nurses and midwives in many ways – collaborating with government and universities on nursing and midwifery workforce planning and curriculum, and targeted support, assistance and cultural safety education for university students and practising nurses and midwives. CATSIN changed its name to CATSINaM in 2013 to include midwives and has been a staunch advocate for Birthing on Country models of care.

“Attracting and retaining Indigenous nurses, midwives and university students remains a key issue for CATSINaM, as it was for our founding members,” Professor West said.

“There is much work to be done,” Professor West said. “Based on population parity of 3%, we require 5,400 Indigenous registered nurses and midwives in Australia; this is four times the number we currently have.

Founding member Aunty Lynda Holden said: “CATSINaM was established to increase the number of Indigenous nurses and now midwives, to recognise Indigenous knowledge and address the systematic racism within nursing and midwifery in Australia’s healthcare system that inhibits the privileging of these knowledges. This was and continues to be the purpose of CATSINaM.

“The role of our knowledges in policy, education, training, and practice is absolutely critical.”

Read more about racism in nursing and midwifery 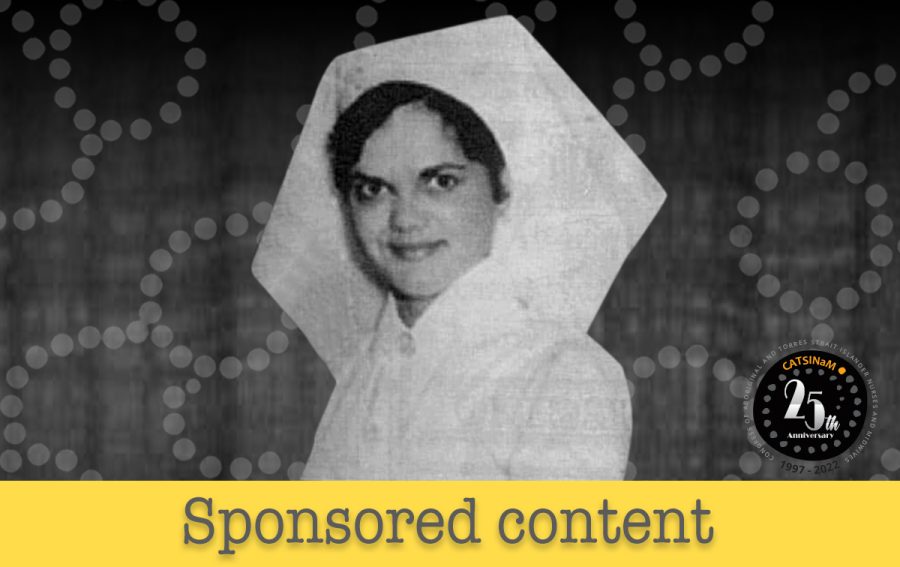 Celebrating 25 years of ‘Unity and Strength through Caring’

Introduction: The Congress of Aboriginal and Torres Strait Islander Nurses and Midwives (CATSINaM) recently launched a 25-week campaign celebrating its 25-year history of collective and individual activism. Dr Sally Goold, one of the organisation’s founders and Elders, featured at the […] 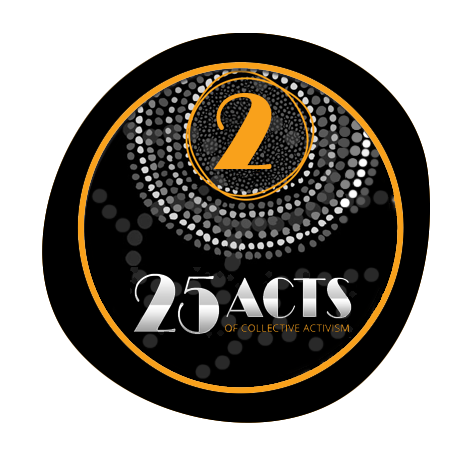 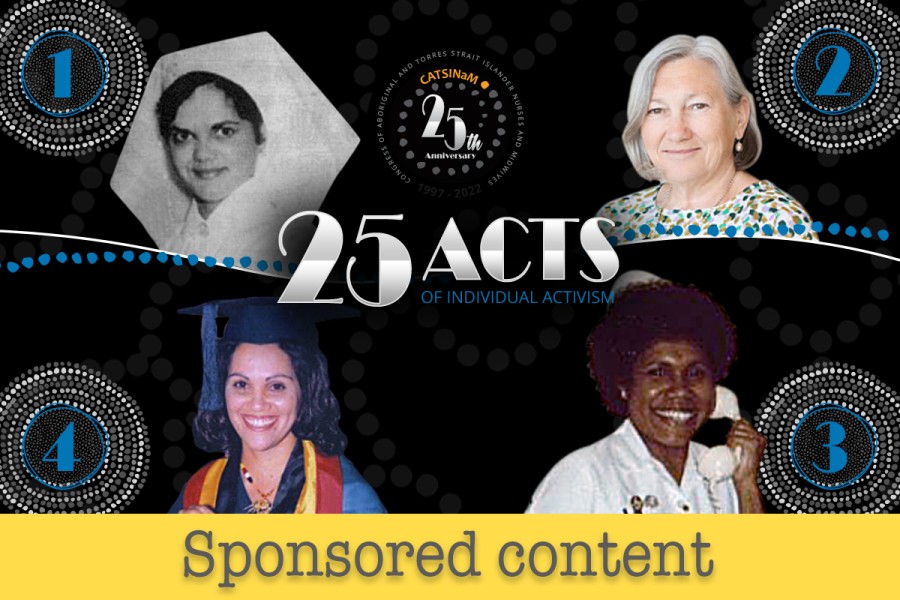 A pathway to wellbeing through Cultural Safety and Cultural Humility

Introduction: Practising nurses and midwives are urged to enrol in a unique program to make Cultural Safety and Cultural Humility best practice in working alongside and when providing care for Aboriginal and Torres Strait Islander patients and communities. The Congress […] 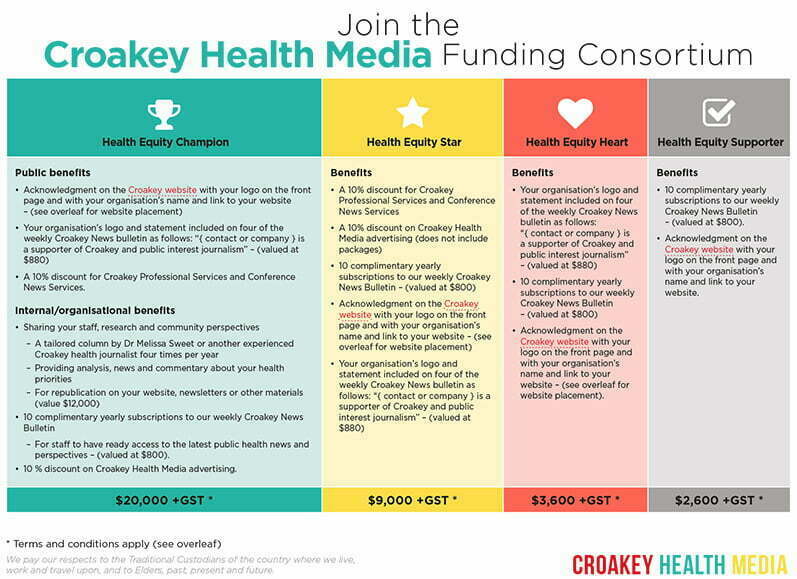 If you would like to be part of one of the Consortia, please contact us at: laurell@croakey.org.

Croakey! AHPA loves you for your independence, timeliness and collaboration across a range of issues with individuals and groups from population health and beyond. You are a launching pad for ideas, debate and innovation without fear or favour. Continue to bring it on.

Croakey is the platform where health issues are dissected from every angle – from the complex impact on health arising from social, economic and environmental policies, to the influence of vested interests on public health, and insightful analysis of health care policies. It is a place where I can read the viewpoints of those who don’t often get heard in the mainstream media alongside prominent experts, learn about the lived experiences of diverse Australians, and see opportunities and fresh approaches to tackle our most challenging health issues.

From a crowded inbox, Croakey always leaps to my attention. It delivers views and information on a wide range of issues of relevance to rural and remote health and wellbeing.

I love the context and clarity that Croakey’s contributors bring to very complex issues. And the merch.

We love Croakey!  The team here at the ircohe.net use Croakey to show our students what great public health contribution expert media effort can make to the world.  True, we contribute stories, but more importantly, we love the difference Croakey makes to the health conversation in Australia.

Croakey is one of the few places where public health “activists” can vent their spleen. (I’m not sure why we’re called ‘activists’, but we certainly need a place to ‘vent’.) It’s also a useful place for journalists/media to find contacts who can speak intelligently on public health issues.

Croakey is a must for anybody looking to stay on the cutting edge of health news.

If you would like to be part of one of the Consortia, please contact us at: laurell@croakey.org.

If you work in the health area – and especially if you are a policy wonk, a political nerd, or a news fiend – then Croakey Blog is an essential component of your life. Croakey Blog and @Croakey tweets keep me informed about a wide range of health issues – the impact of budget cuts, new policy announcements and publications, expert opinions and commentary, and what’s being talked about at