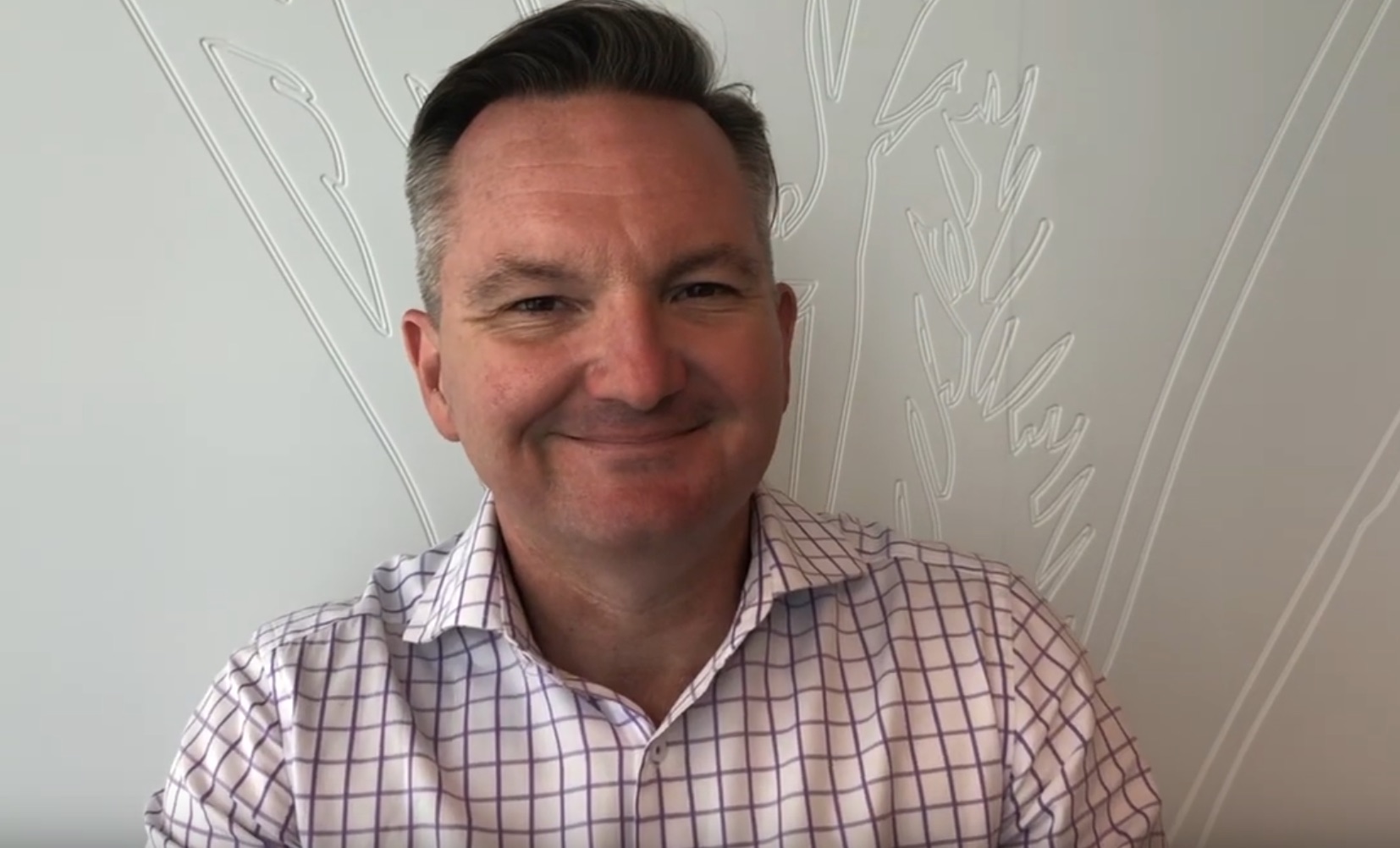 Chris Bowen, pictured during an interview with Croakey, ahead of delivering the Warren Hogan Memorial lecture

Shadow Health Minister Chris Bowen will call for climate change and health to be established as a National Health Priority Area in a speech to be delivered in Sydney tonight.

In the Warren Hogan Memorial lecture at the University of Sydney, Bowen will argue the need for the health system to better prepare for the impacts of climate change.

…what is often missing from the public debate in Australia is an understanding that severe climate change, of the type the globe is currently on track to experience, isn’t just about the frequency and severity of weather events, it is about changing climate zones, desertification, ocean acidification, ecosystem collapse; these impacts threaten our food supply, our economy, our security and of course our health.

As some have put it, climate change is so dangerous to health that it threatens to unwind 50 years of progress in improving public health outcomes, as well as adaptation to already unavoidable impacts from climate change.

Of course, the ultimate best practice answer to this challenge is a robust international policy response to emissions.

But the world, and Australia, has failed to act with appropriate seriousness and haste, and so we will need specific policies to deal with the health impacts of climate change.”

Yet last week, as Australia suffered devastating bushfires, the country also had to indulge “a silly and pretty unedifying debate” about the links between climate change, drought and bushfires, he says.

Bowen says that during his six months as Shadow Minister for Health he has been struck by the number of clinicians and medicos who have talked with him about the health impacts of climate change.

The problem is that this sense of urgency amongst our clinicians is not reflected in Government policy.

The word ‘climate’ is not mentioned in our Department of Health’s Budget papers.”

Bowen says the National Health Priority Areas, which are agreed between the Commonwealth and the states and territories and reflect agreed priorities and action plans, offer a useful mechanism for addressing health and climate concerns.

It would raise awareness of the importance of the challenge and set out a road map for dealing with it, he says.

There have been nine National Health Priority Areas – cancer control, cardiovascular health, injury prevention, mental health, diabetes mellitus, arthritis and musculoskeletal conditions, obesity and dementia – and the quality and safety of medicines was recently added as a tenth priority area.

We need to prepare the health system for more intense natural disasters, for vector borne diseases, for more heatwaves.

This has got the potential to have a huge impact on the health outcomes of Australians. We need as collective governments, state and federal, to be doing more to prepare.”

Good on them…emergency doctors, who are fine individuals doing great work right across the country, they are more than entitled to peaceful protest to get issues on the agenda, I support that.”

Bowen also indicated an interest in advancing Health in All Policies approaches, saying he was attracted to the concept.