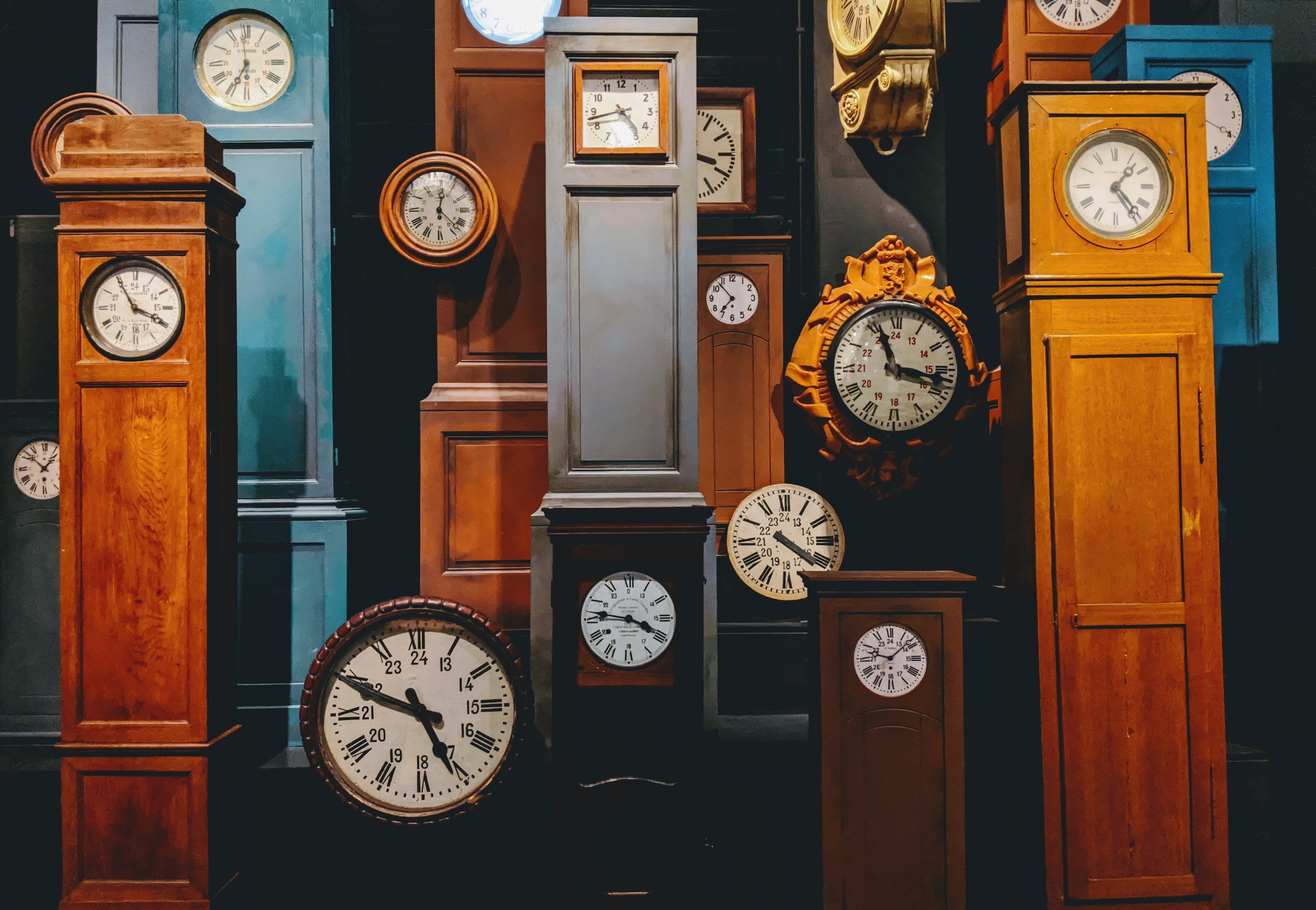 Time is running out for Australian governments. Photo by Lucian Alexe on Unsplash

Introduction by Croakey: The death of another Indigenous man in custody in Victoria, the third such life lost in the state’s prisons in the last 12 months, has renewed focus on Australia’s disproportionate incarceration rates for Aboriginal and Torres Strait Islander peoples.

Clinton Austin, a 38-year-old Gunditjmara and Wiradjuri man, father and well-known artist died on September 11 at Loddon Prison in Victoria, with the matter now under investigation by the state’s Coroner’s Court.

With over 500 deaths in custody since the Royal Commission into Aboriginal Deaths in Custody, the Victorian Aboriginal Legal Service will use an upcoming submission to the UN Committee Against Torture (CAT) to call out Australia’s slow implementation of the Optional Protocol to the Convention Against Torture (OPCAT), to establish a system of unannounced visits to places of detention.

A recent report on the use of indefinite detention for people with mental impairment has also been used to call for urgent action on OPCAT.

Now, as Croakey editor Cate Carrigan reports from a recent symposium, Australia is at risk of damaging its international reputation by missing the deadline for putting the protocol in place.

Australia is at risk of losing a “once in a generation” chance to protect the human rights of those in detention, as time runs out to meet a January deadline on the implementation of international safeguards.

Australia ratified the United Nations Optional Protocol to the Convention Against Torture (OPCAT) in 2017, but Australia’s Human Rights Commissioner (AHRC) Lorraine Finlay says with just 133 days to go to put it in place, we run the risk of letting the opportunity “slip through our fingers”.

Under OPCAT, member countries must allow unrestricted access to places of detention by the UN Subcommittee for the Prevention of Torture (SPT) and set up independent bodies known as National Preventive Mechanisms – a process still underway in Australia – to conduct proactive rights-based inspections of these facilities.

As Australia’s OPCAT Network coordinator Steven Caruana highlighted in this article for Croakey, despite the UN granting a four-year extension to Australia to implement the protocol, New South Wales, Queensland and Victoria are still dragging their feet on the NPMs due to a stalemate with the Commonwealth over funding.

Overseas, OPCAT has led to significant improvements for people held in detention, including the banning of tie-down beds in New Zealand prisons, the closure of a private facility in England, and improved records of prisoner transfer in Norway.

Finlay told an AHRC OPCAT symposium on 9 September that Australia’s progress on setting up the NPMs had been slower than expected and that the next few months is an “extremely critical period” with the SPT to visit Australia in October, the UN Committee against Torture (CAT) to review Australia’s record in November and the January 23 deadline looming.

Caruana told Croakey the upcoming visit by the SPT was very important as it would highlight both the laggards and those who had made progress in Australia.

To date, WA, the ACT, and South Australia have designated NPMs but made inadequate legislative arrangements; relevant legislation is currently before the Northern Territory parliament, and there are no designated NPMs in Queensland, Victoria or NSW.

Only Tasmania has designated an NPM and provided substantial funding to establish the new system of monitoring.

“It is evident that some states will not act without ongoing Commonwealth funding, with the NSW Attorney-General noting that an SPT visit is likely to bring these issues to a head,” said Caruana.

The Vice Chairperson for NPMs with the SPT, Shujune Muhammad, who will be part of the delegation to Australia, said such visits aimed to identify risk factors and to prevent acts of torture and other ill treatment.

The SPT findings could see added pressure applied to Australia in November when it gives its progress report to CAT detailing the work towards implementation.

“There will be no space to hide or finger point, with Australia at risk of reputational damage on the world stage,” said Caruana.

The newly-appointed UN Rapporteur on Torture and first Australian in the role, Dr Alice Edwards, congratulated states and territories that had already established or designated NPMs, urging all to come on board and not let ongoing budgetary issues stand in the way of prohibiting torture and other acts of inhuman treatment in detention.

Edwards said NPMs were designed to stop complacency – the “out-of-sight-out-of-mind” mentality when society looks away and forgets about unwanted citizens – and to prevent the mistreatment of the most vulnerable.

They act as a warning system, alert for when internal mechanisms break down and offer an arm’s length “eyes, ears, taste and smell” of what’s happening, she added.

Edwards noted with her appointment, the upcoming visit by the SPT and the CAT review, that “all eyes are on you (Australia)”, encouraging everyone to “make this year count”.

Anderson told the symposium he was looking forward to working with the states and territories – who have control over corrective services prisons, youth detention, closed psychiatric facilities, and forensic disability facilities amongst others – as they finalise their NPMs and begin carrying out preventative monitoring.

Learning from international NPMs was critical, with Anderson hearing from counterparts and experts in the UK, South Africa, New Zealand and other countries, in addition to the SPT and Association for the Prevention of Torture (APT).

The symposium heard that financial and procedural independence were among potential barriers to effective NPMs, with the SPT’s Shujune Muhammad saying they needed to be able to carry out their work without interference or external instruction.

Ideally, Muhammad said NPMs were backed by legislation that stipulated the right to access all places where people are deprived of liberty, all people in detention, and made explicit the right to speak to them confidentially and in private.

Without such legislative backing, Muhammad said an NPM’s perceived independence, mandate, powers, permanent foundation or guarantee of funding were all at risk.

Caruana reinforced the need for legislation, saying it would ensure that any changes affecting OPCAT operations in Australia would be subject to parliamentary debate.

Muhammad also stressed the need to develop relationships with government from the outset, provide adequate training for staff, and implement effective follow up, including revisits, consultation with government, publishing reports and preventing reprisals against detainees and staff, which can lead to a breakdown of trust with NPMs.

For Wendy Sinclair-Gieben, the Chair-Designate of the UK NPM and Chief Inspector of Prisons for Scotland, the dos and don’ts of establishing and being part of an NPM have been hard won over the 13 years since inception in 2009.

While the UK NPM is a well-functioning body, Sinclair-Gieben said there had been mistakes and the organisation had evolved over the years, with changes to staffing, training, coordination and in raising the visibility of the organisation.

One of the challenges had been getting the 21-member, multi-body organisation to speak with one voice while covering numerous jurisdictions and places where people are being deprived of their liberty.

Funding and a lack of legislative backing were ongoingconcerns for the NPM, with a “real need for government to mirror its international obligations” by providing that legislative framework.

Sinclair-Gieben said in 2019 the government rejected NPM pleas to enact legislation, leaving it without a statutory guarantee of functional independence.

Meanwhile, the Victorian Aboriginal Legal Service, which is mourning the loss of the third Aboriginal man to die in custody in the state’s prisons this year, has released its submission ahead of an upcoming meeting of the UN Committee on Torture (CAT), calling for urgent progress on OPCAT.

VALS condemns the lack of action on implementing the recommendations of 1991 Royal Commission into Aboriginal Deaths in Custody (RCIADIC) and calls for OPCAT to be implemented in Victoria.

“The urgent need to implement OPCAT in Victoria has been identified by the Victorian Ombudsman, which carried out two OPCAT style investigations in custodial facilities in 2017 and 2019,” the submission reads.

VALS said the Victorian Government had not responded to the Ombudsman’s recommendation to establish, and properly resource, an NPM in Victoria.

The submission described the Victorian Government’s response as woefully inadequate and expressed concern that this once in a generation opportunity to prevent torture and inhumane treatment in detention is being squandered. 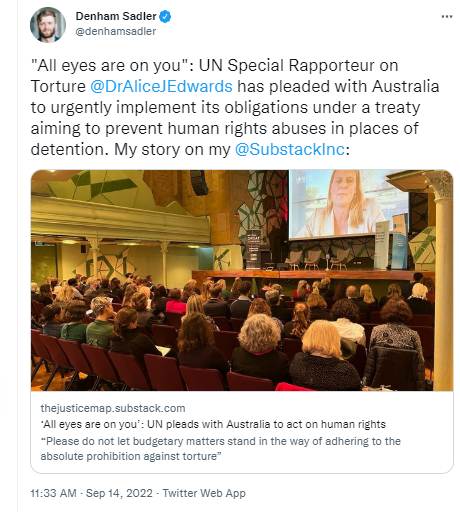 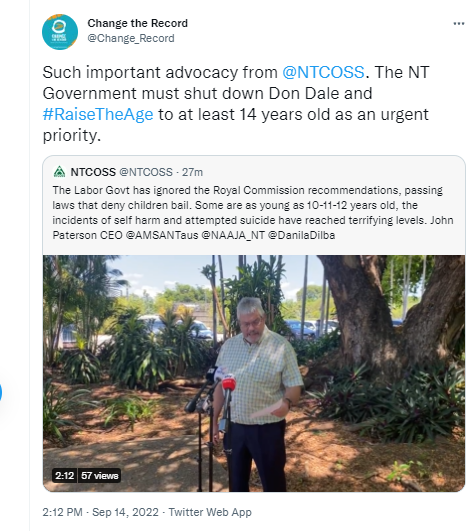 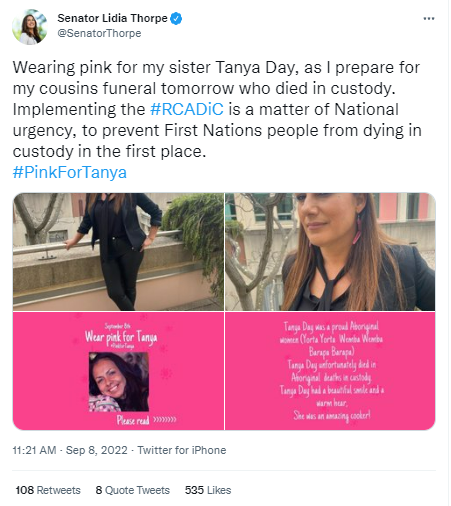 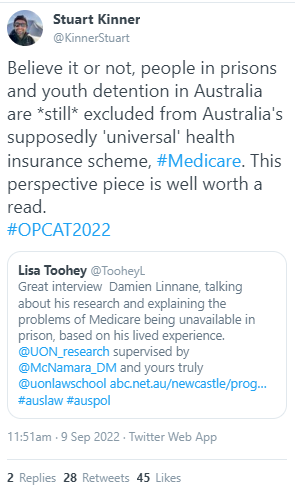 Read Croakey’s archive of articles on human rights and health

PrevPreviousICYMI: on climate, colonisation, cancelled healthcare and “a dumb call”
NextNew COVID policy advice released, plus some critical lessons from the “pandemicene”Next