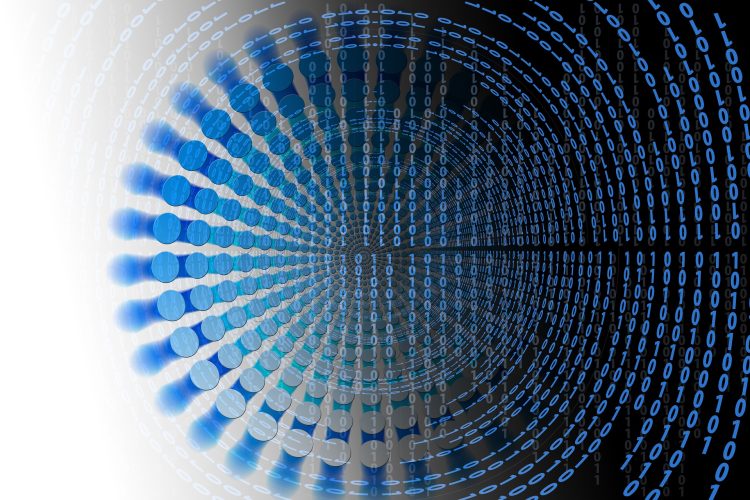 Introduction by Croakey: The Brain and Mind Centre at The University of Sydney and Orygen in Melbourne released modelling earlier this year that quantified the potential impact of COVID-19 on mental health and suicide. This modelling is available at Sounding the alarm, Cost of productivity loss, Every life matters and Orygen – COVID19 second wave briefing.

It attracted significant national and international attention when reported in the mainstream media, originally by the ABC and The Australian. This is likely to have provided an impetus for the appointment of Australia’s first deputy chief health officer for mental health less than a week later.

But it has also attracted quite a bit of criticism, such as in The Conversation.

Here, an international team that works with complex systems modelling explain its benefits, and how it can be used to guide policy and practice.

Complex systems modelling in mental health and suicide prevention has attracted national attention recently. This type of modelling represents one of the most advanced tools we have to help us weigh options and inform strategic and operational decisions in mental health.

Such an approach was widely accepted when used to understand the impacts of COVID-19, However, when applied to mental health and suicide prevention, such models have come under criticism.

While such models can always be enhanced by improving the range, quality, and timeliness of data collected, lack of engagement with these tools should not be an option, as they provide unique opportunities for more effective planning and investments in mental health systems and suicide prevention. The risk we face is defaulting to a business as usual approach that has already failed so many for so long (and is the subject of a Royal Commission).

Here, we highlight the value of process-based (‘mechanistic’) complex systems modelling and address some common misunderstandings that can hinder their application in mental health and suicide prevention policy and planning.

There have been numerous individual-level suicide risk prediction tools developed whose purpose is to help clinicians identify and target high risk patients for specific interventions. These models are currently challenged by low sensitivity and low positive predictive capability.

However, these individual-level risk prediction tools should not be confused with population-level complex systems models whose usefulness has been validated by their ability to reproduce real-world outcomes, including high-to-very-high levels of psychological distress, mental health related ED presentations, psychiatric hospitalisations, self-harm and suicide deaths, in a given region and for particular subgroups.

Some have suggested wrongly that population-level decision support tools offer little value because we can’t yet predict suicide at an individual level. This misunderstanding is akin to dismissing population-level virus transmission models in projecting the height and duration of the epidemic curve because we also can’t yet predict which of us will contract the coronavirus or who will become critically ill.

Despite imperfect data and knowledge of novel coronavirus, complex systems modelling and simulation have provided our National Cabinet with critical tools for managing disease dynamics, testing alternative assumptions, and weighing response options in the midst of an evolving crisis. The end result (uncontested by other academics or those responsible for public policy) is that we are avoiding tens of thousands of unnecessary deaths of Australians.

The pervading fallacy that mental health and suicide are more complex than other societal problems, so cannot be modelled, holds the field of population mental health back in many ways. It prevents us from engaging with the very science (complexity science) that provides the analytic tools capable of addressing complexity and making more robust decisions in the presence of uncertainty and changes over time.

Commonly, mental illness and suicide are presented by clinicians as multifaceted, complex and fluctuating entities, which justifies the lack of engagement with the complex systems modelling tools long used to inform infectious disease control.

Infectious disease transmission is misrepresented as being relatively straightforward, while in reality  transmission and outcomes are governed by interacting societal and biological influences that are dynamic and have uncertain and pervasive impacts at the individual, community, health system, and global levels. It is human behaviour, not the virus itself, that determines the transmission dynamics of the virus.

The complexity of infectious disease transmission has led the field of epidemiology to embrace complex systems modelling and simulation for more than half a century; to recognise the need to engage multidisciplinary expertise across mathematics, computational epidemiology, ecology, evolutionary biology, immunology, behavioural science, and public health; and to improve models over time through the strengthening of data systems.

All policy and planning decisions are based on models of one sort or another, and all models contain assumptions.

Humans constantly construct simplified mental models of ‘reality’ that are a confluence of their beliefs, expertise, experiences and biases about the world. Any decision is premised on assumptions that are made when new pieces of information (research evidence, data, expert opinion) merge with our mental models.

The difference between intuitive mental models and the formal articulation of the mechanisms of complex problems through computational complex systems models is that the latter forces us to make usually hidden assumptions explicit, allowing them to be tested and challenged.

Consequently, we can better understand which assumptions have the most profound effect on the outcomes we would expect to see, indicating a priority for research/new data collection. This process is enhanced with participatory model building approaches that bring together diverse perspectives, mental models and assumptions.

Population-level complex systems models do contain uncertainty, as all models do, but uncertainty need not be a barrier to their use, provided they are used appropriately.

Even in the presence of uncertainty, which over time can be reduced, their value lies in the ability to explore comparative impacts of different suites of interventions, programs and service improvements against a baseline of business as usual.

They permit decision-makers to refine and better target interventions by exploring which options represent the best investment, even under alternative assumptions.

By analogy, a weather forecasting model does not look to pinpoint the exact time the first drop of rain is going to fall in the day, but rather the relative chance of rain and the location and severity of the rain event. While not precise, this information helps us prepare more effectively than simply looking out the window in the morning.

Social and economic drivers of suicide risk can be tracked

Indicators of suicide risk can and are being tracked at a population level. They include unemployment and under-employment, prevalence of psychological distress, emergency department presentations, hospitalisations and suicide deaths.

We have an ongoing need for strengthening data systems to further refine models and improve their predictive capability over time, just as early weather forecast models became significantly more accurate as satellite technology and other high-density sensor data improved.

Three immediate improvements in our data infrastructure that should be made are:

The role of complex systems modelling

Complex systems modelling (underpinned by participatory processes) is a robust, systematic approach to bringing together best available research evidence, data, expert and local knowledge, to articulate the multi-dimensional mechanisms of complex problems which is then quantified, tested, and validated against existing time series data across a range of measured indicators. Complex systems modelling has an important role to play as part of the analytic toolkit; it helps us see ahead rather than trying to drive while looking in the rearview mirror; and it provides us with the agility required to be responsive to a rapidly changing world.

Decision-makers want to make choices that have the greatest chance of delivering the greatest impact. Understanding how these responses are likely to play out over time, and the optimal targeting, timing, scale, frequency and intensity of investments needed to ensure their sustained impacts, will be important for making a compelling case for adequate levels of funding and support.

The stakes are too high not to engage the best tools we have available and improve them over time. As stated by Health Minister Greg Hunt, the goal should be to “plan for the worst, deliver the best!”