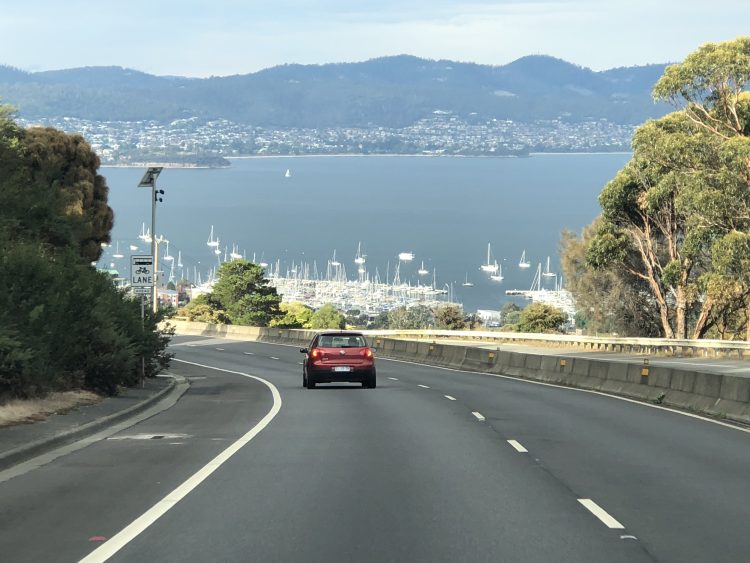 About 1,000 rural health leaders are gathering in nipaluna/Hobart this week for the 15th National Rural Health Conference.

The conference is perfectly timed to put the spotlight on critical health concerns of the seven million Australians who live in rural and remote areas, reports Melissa Sweet, who is covering the conference for the Croakey Conference News Service.

Australia’s peak rural health body is calling on the Federal Government to invest in a range of measures to improve access to health services in rural and remote areas, and to boost related research efforts.

In its Federal budget submission, the Alliance also calls for the rural generalist pathway program for doctors to be expanded to other health professionals, and for the Medical Research Future Fund (MRFF) to lift its game in rural health.

The MRFF is presently not required to capture and report on the proportion of funded research activity that is either specifically targeted at rural health concerns or includes sufficient rural representation to be applicable to rural areas.

The recently released MRFF priorities for 2018-2020 failed to identify a specific focus for rural health research, although the new focus on Indigenous health is very much welcome.

Recent analysis of the National Health and Medical Research Council (NHMRC) research activity has established that in 2014 less than 2.4 per cent of the total NHMRC spend is directed to rural areas. This startling statistic belies the fact that approximately 7 million people (29 per cent of Australia’s total population) live in rural, regional and remote Australia.”

The submission’s recommendations will feature in discussions at the 15th National Rural Health Conference, which begins in nipaluna/Hobart today.

The conference is perfectly timed to capture political attention, just weeks out from the Federal budget and election, and hot-on-the-heels of the New South Wales election, where many rural electors punished the major parties, with a swing against the Nationals in the bush.

According to an ABC report, NSW Shooters, Fishers and Farmers Party candidate Roy Butler, a former alcohol and drug counsellor, said the backlash against the Nationals was “the price they pay for regional neglect”. The state’s regions had experienced a “massive decline in quality of life”, he said, while water supply problems and poor health services were also concerns.

NRHA CEO Mark Diamond told Croakey that the number of contested and changing seats in rural and regional NSW reflects a growing disenchantment.

“People don’t feel they or the issues they are concerned about are being listened to,” he said.

“Health is a huge issue – people in rural areas experience demonstrably worse health outcomes than their metropolitan counterparts and no one is listening.” 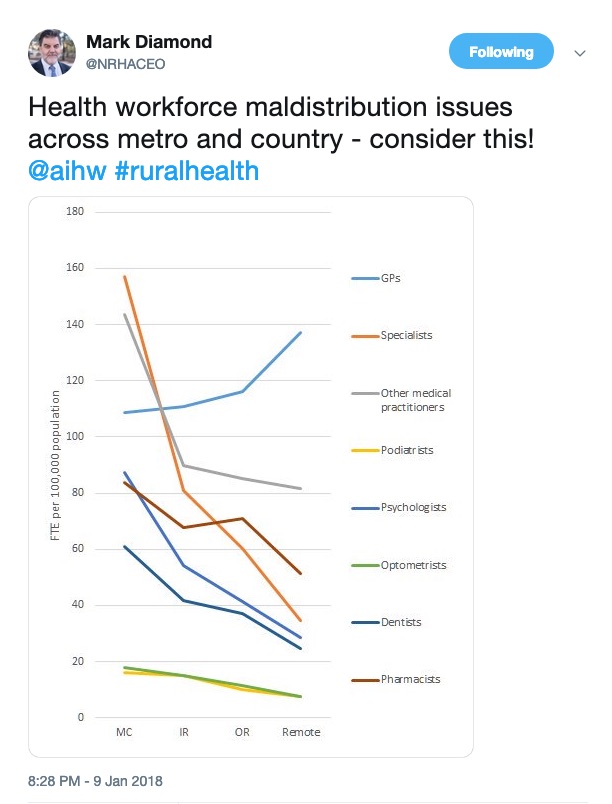 Call for crackdown on city practice

Meanwhile, the Rural Doctors Association of Australia (RDAA) is calling for a radical overhaul of training and licensing of metropolitan medical practices, to address a chronic undersupply of doctors in the bush. One suggestion is to restrict the set-up of medical practices in over-serviced areas.

Governments at a State and Federal level have spent billions of dollars on training and incentivising medical graduates with the view to improving access to health services in rural areas, and it just isn’t working.

There are huge slabs of rural Australia that are woefully undersupplied by doctors, while in the city there are an ever-increasing number of general practices being set up for which there is no genuine need, and that are sustained by Medicare funding.

There needs to be greater oversight and perhaps a licensing system for new practices, as these businesses are essentially a government-funded commercial enterprise, which in many cases don’t add to the level of services available but merely compete with each other for government dollars through the Medicare system.”

Dr Paul Mara, a past President of RDAA and a procedural GP in Gundagai NSW, urged the Federal Government to look at restricting the set-up of medical practices in over-serviced areas and ensuring that new practices meet local needs.

Anyone can set up a medical practice and run it, and target bulk-billing payments.

At some point, we should be asking whether the taxpayer should be continually ‘feeding the dragon’ and supporting new practice businesses that fill no real need and provide no additional services.

This unrestricted business model continually draws in doctors and provides them with artificially contrived employment opportunities, and away from areas of real need, such as in many rural and regional towns.”

Mara gave the example of Leeton in the NSW Riverina, which currently has just seven doctors, of whom only one works in the local hospital, whereas the town probably needs 15 to 17 doctors.

Conference delegates have been urged to come together to reaffirm their support for the Uluru Statement from the Heart.

Janine Mohamed, interim CEO of the Lowitja Institute, who will MC the conference together with pharmacist Joe O’Malley, told Croakey it was disappointing the Statement had fallen off the agenda of the Government.

“Aboriginal people have spoken, and we need to listen and get behind the statement,” she said.

The 37-member bodies of the NRHA recently endorsed the Uluru Statement, which  Professor Martin Laverty, CEO of the Royal Flying Doctors Service, said  was “fundamental” for enabling self-determination.

Laverty also called on the Government to increase support for the Aboriginal Community Controlled sector, which he told Croakey  “is not resourced to the level that it needs to be”.

He also urged rural health services to confront what is required for them to care for Aboriginal and Torres Strait Islander people within a culturally safe environment, and to embed cultural safety within clinical care.

The health and wellbeing of Aboriginal and Torres Strait Islander people will be a strong focus at the conference, with keynote presentations to be delivered by Associate Professor Kelvin Kong, Associate Professor James Ward and Dr Kalinda Griffiths.

Act on determinants of health

Laverty also called on the Government to respond to the Senate inquiry into Accessibility and quality of mental health services in rural and remote Australia with a plan for implementing the recommendations.

“We’d hope it need not wait until an election for those recommendations to be agreed to,” he said.

The inquiry, which reported in December last year, was “rare” because political parties combined to agree that that mental health services are insufficient for the pressures faced by rural and remote communities, including those of climate change, drought, flood and isolation, he said.

Indeed, droughts, floods, fires, cyclones and other signs of climate disruption have hit many regional, rural and remote communities in the two years since the previous National Rural Health Conference.

Most recently, communities in remote areas in northern and western Australia are dealing with devastating cyclones. More than 2,000 people from Northern Territory communities were evacuated from the path of Cyclone Trevor which on Sunday was still posing a risk to inland communities.

The determinants of health and climate disruption figure prominently on the conference program, with keynote presentations by Professor Fran Baum and Professor Peter Sainsbury. 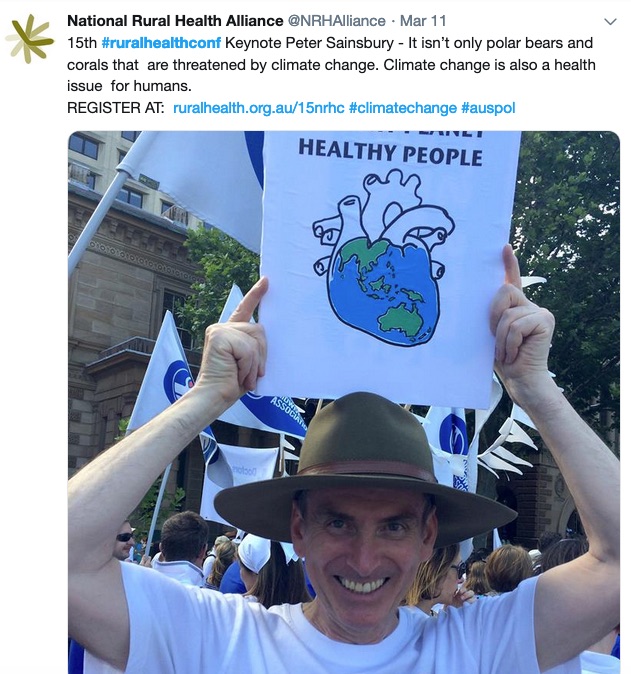 Laverty urged rural health conference delegates to maximise the political impact of their conference  before the official election campaign starts.

“We are a month and a bit out from a federal election; that good fortune means we can’t, as the rural health sector, allow the opportunity to pass to make a case to the Opposition and Government about the glaring gaps that still exist in access to health services across country Australia,” he said.

“Rural health struggles to be heard once the main election campaign gets running…so I will invite the conference to reflect on how they can engage before the campaign proper.”

Laverty cited a recent RFDS research report showing huge gaps between the health needs of rural and remote communities and their access to services.

From the NRHA Budget submission

The first entries in the competition are below. 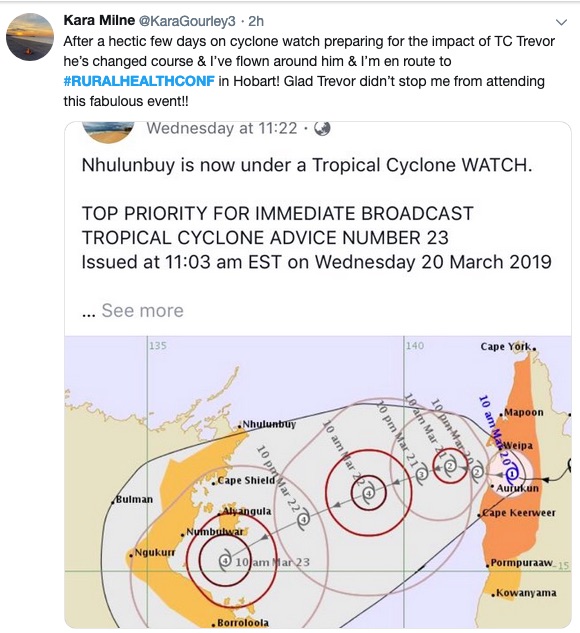 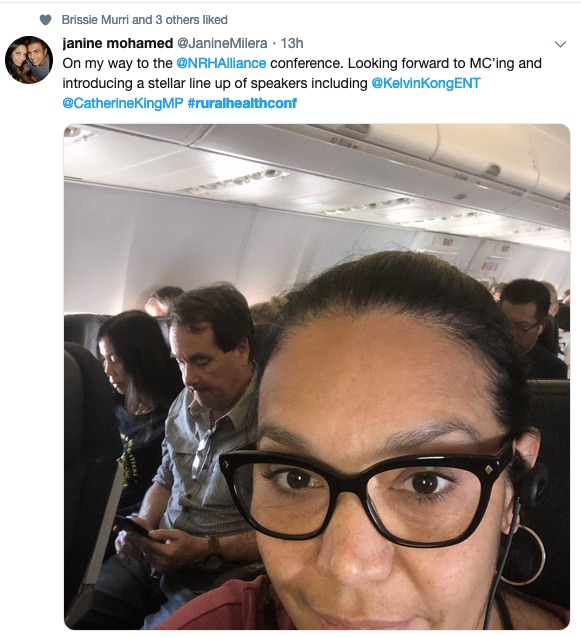 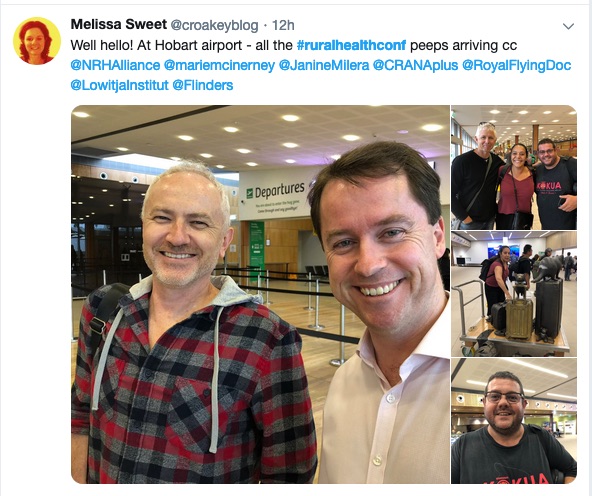 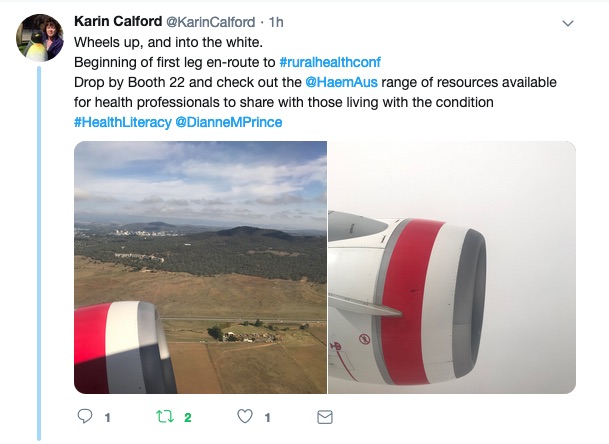 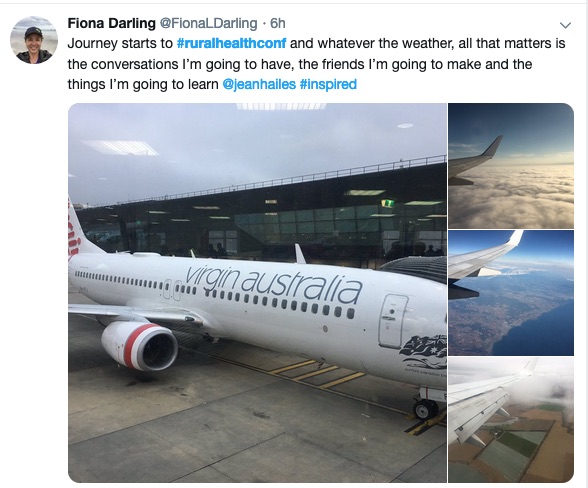 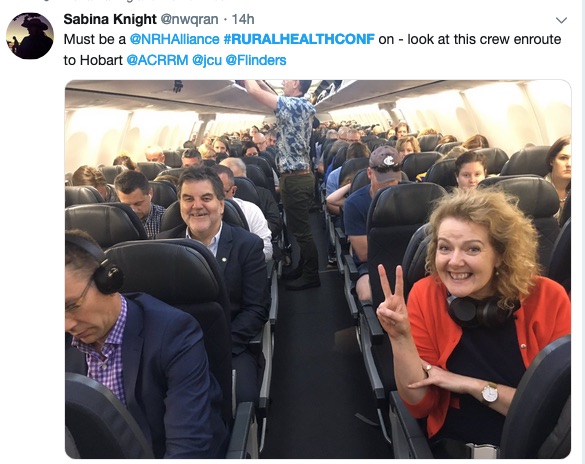 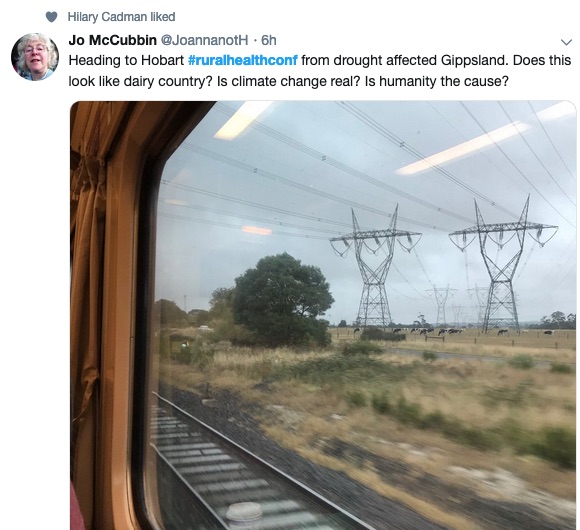 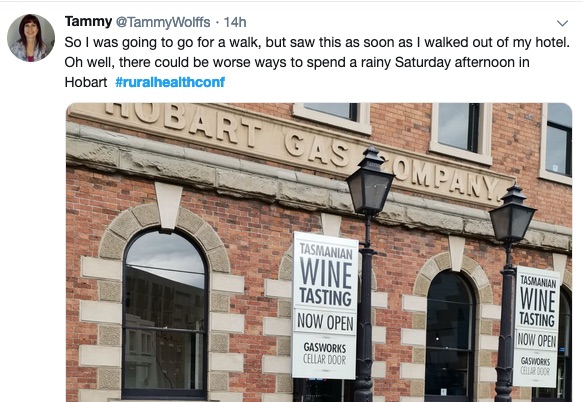 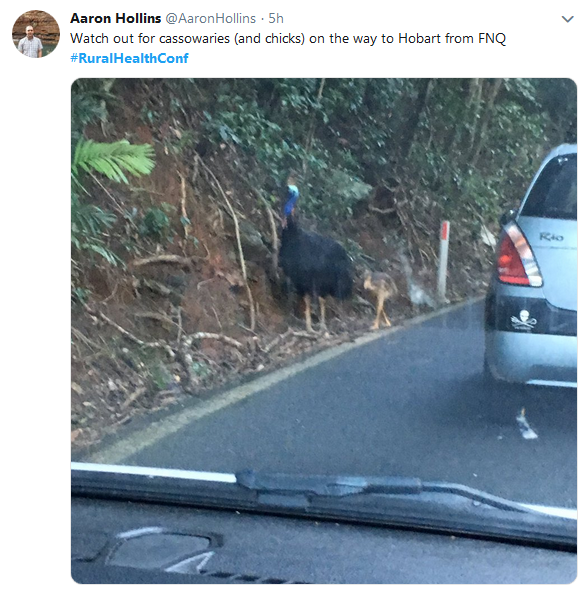 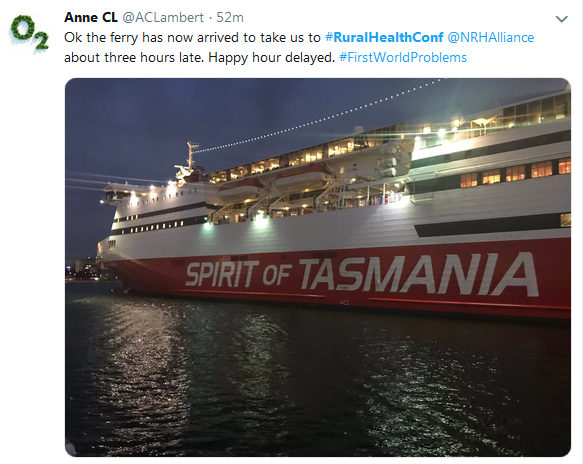 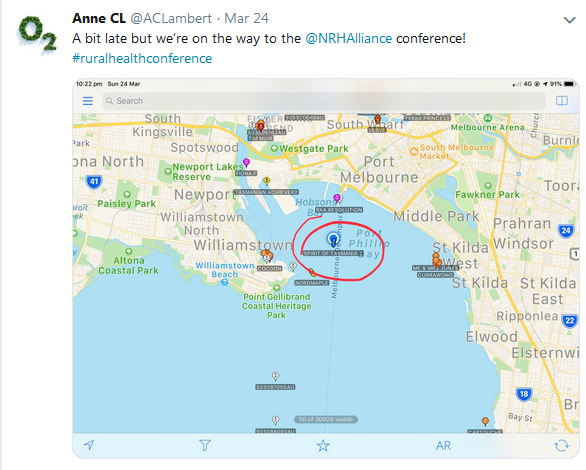 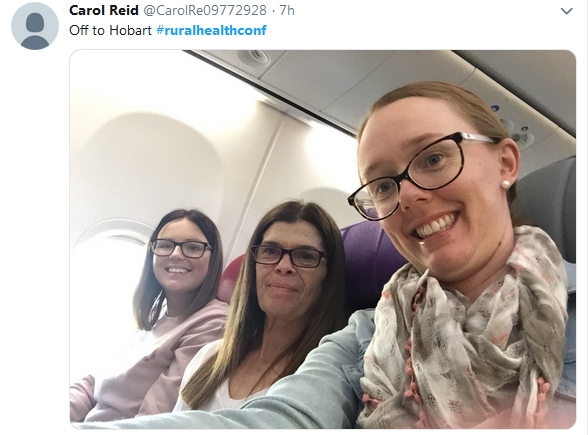 This is the fourth National Rural Health Conference covered by the Croakey Conference News Service.

See our coverage from 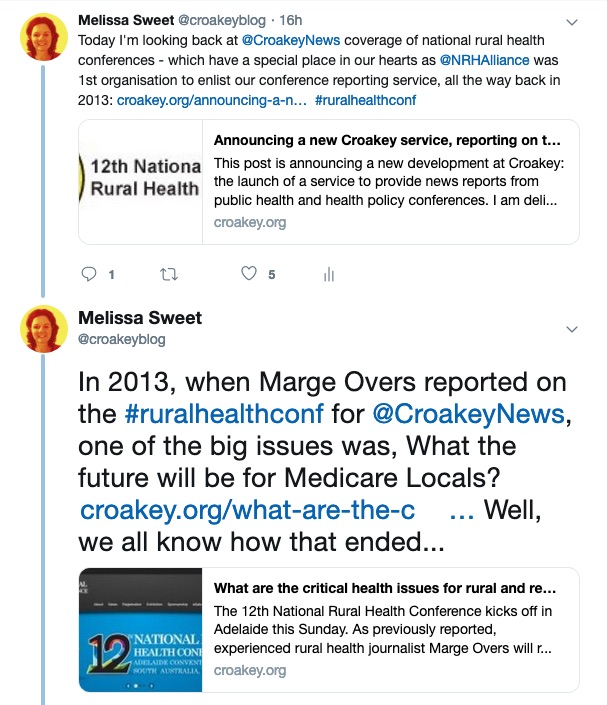 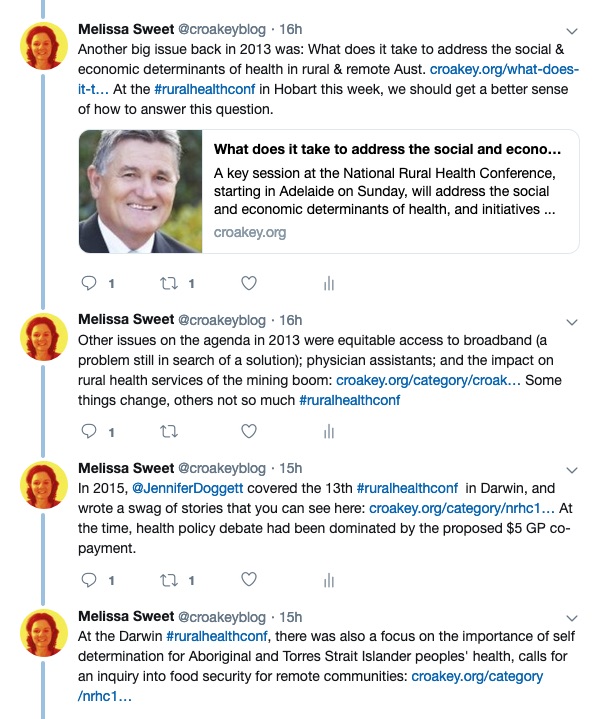 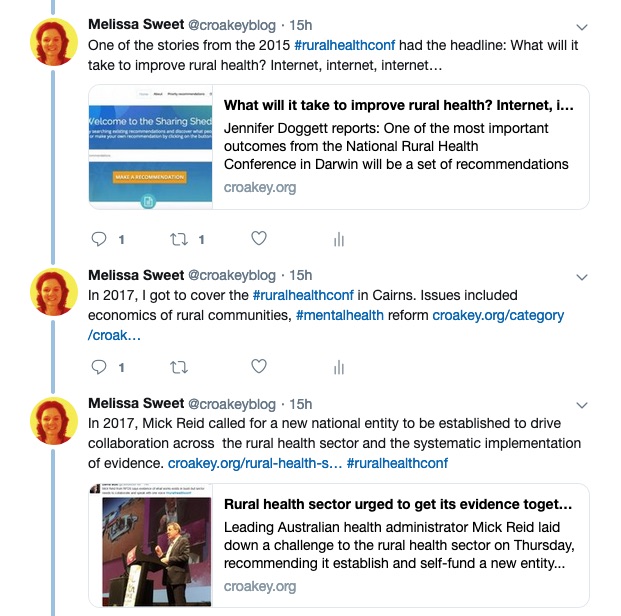 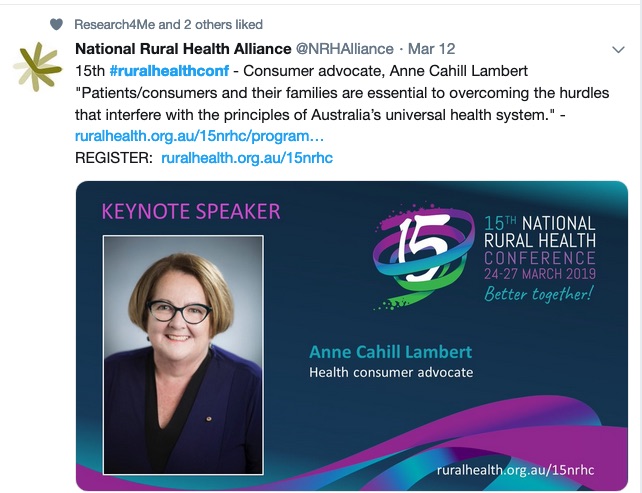 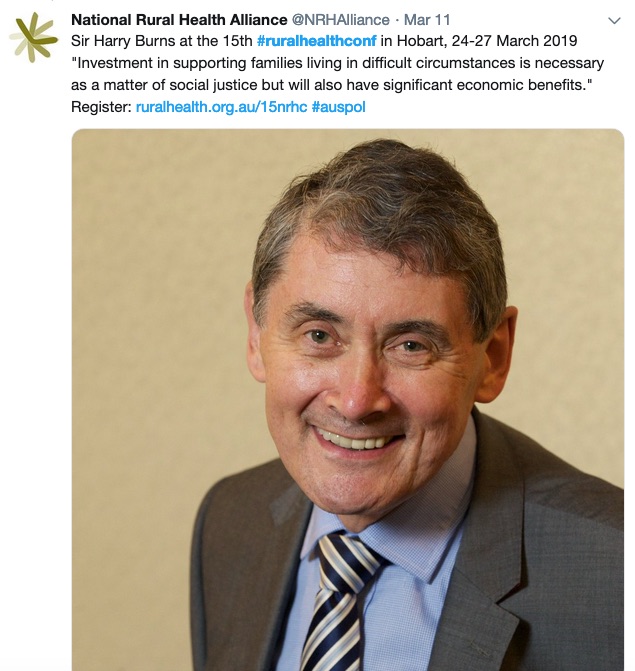 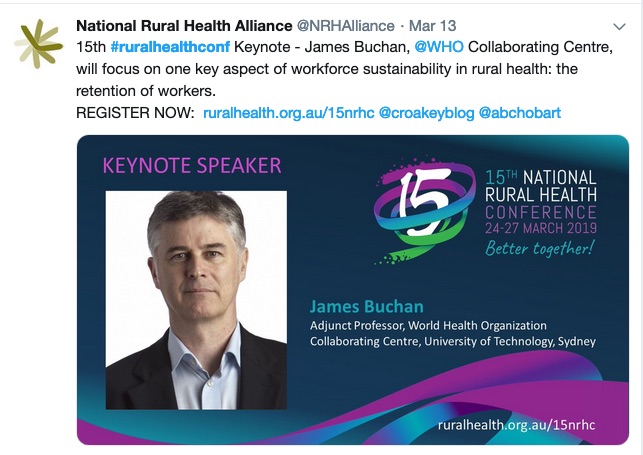 All 2019 plenary sessions will be live streamed via http://www.ruralhealth.org.au/15nrhc

Melissa Sweet is covering the #ruralhealthconf for the Croakey Conference News Service. Bookmark this link to track the conference stories.