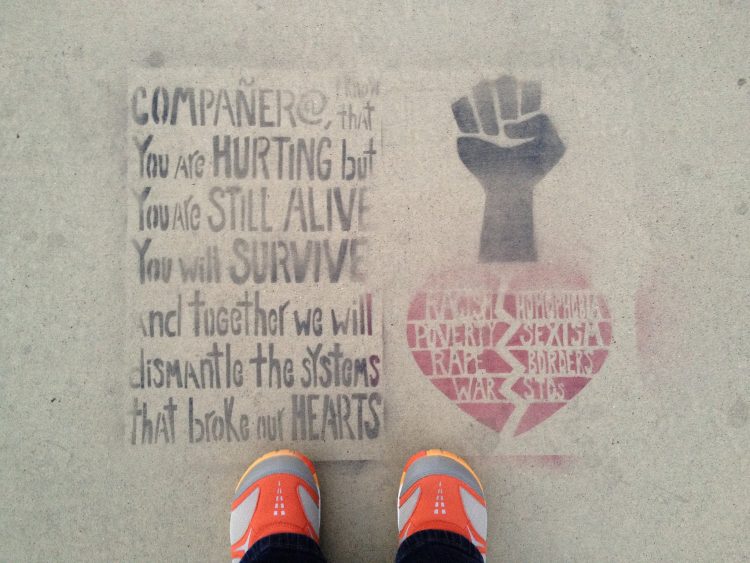 Reducing disability discrimination is one of the pillars of the National Disability Strategy, but how much do we actually know about the experiences of prejudice by those affected?

Lauren Jane Krnjacki and Professor Anne Kavanagh, from the University of Melbourne-based Centre of Research Excellence in Disability and Health have, for the first time, quantified the lived experience of exclusion and discrimination by people with a disability.

In this piece for Croakey, they share their findings and what it means for health. It’s worth reading this in conjunction with a piece from #CripCroakey’s El Gibbs today on the real reforms wanted by those in the space.

One in seven Australian adults with a disability report experiencing discrimination due to their impairment, and this discrimination contributes to poorer health and psychological distress.

We published the first population-based research* of the prevalence of self-reported interpersonal disability-based discrimination and its relationship with health. Until recently there was no national data available to confirm how common the experiences of exclusion and discrimination are among people with a disability.

We found that 14 per cent of Australians aged 15-64 with disability reported that they had experienced discrimination in the past year. However, rates of disability-discrimination are likely to be even higher because people are generally reluctant to report discrimination, and sometimes they do not recognise unfair treatment as discrimination.

The discrimination took many forms, such as being overlooked for a promotion due to a disability that does not impair the person’s ability to do the job, or being refused a service such as a taxi.

Which groups were most affected?

Rates of discrimination were higher among people living in disadvantaged circumstances. More than one in five people with a severe or profound restriction in activities of daily living like self-care, mobility and communication reported discrimination, compared to one in 20 who did not have restrictions with these activities.

Almost 30 per cent of unemployed respondents reported discrimination, compared to nine per cent of those employed full-time. Rates were highest among the lowest income earners.

We see the effects of discrimination in our labour force participation rates, with only 53 per cent of people with a disability in the workforce (compared to 83 per cent for those without disability). This figure has changed very little over the last 20 years.

Discrimination also had an impact on social participation; more than one third (35 per cent) of women and one quarter (28 per cent) of men aged 15 years and over had avoided situations because of their disability.

The results should not come as a surprise. In 2009, one of the key findings of the extensive consultations for the National Disability Strategy (published as the Shut Out Report), was that people with disability frequently experienced discriminatory attitudes and practices that were barriers to their full social, economic and political participation in society and undermined self-esteem. The Inquiry found that:

We live in one of the wealthiest countries in the world and yet all too often people with disabilities struggle to access the very necessities of life—somewhere to live, somewhere to work. All too often they are unable to access education, health care, recreation and sport—the very things most people in the community take for granted.

Reducing disability discrimination is a major focus of the National Disability Strategy 2010-20 — but so far little has been done to address it or to monitor how the prevalence is changing over time.

What does this mean for health?

We also assessed whether reporting discrimination was associated with health and psychological distress.

We found that people experiencing discrimination were more than twice as likely to experience both psychological distress and poor self-rated health. This means that reducing such discrimination will lbring social, economic and health benefits for Australians with disability and reduce welfare and health expenditure.

It is time we stepped up to meet this challenge by better understanding the causes and consequences of disability-based discrimination and identifying ways we can eliminate it. This will help transform the lives of the one in five Australians who have a disability

Lauren Jane Krnjacki and Professor Anne Kavanagh are from the Centre of Research Excellence in Disability and Health, based at the University of Melbourne

The study analysed data from 6183 participants aged 15-64 from the 2015 the Survey of Disability, Ageing and Carers (SDAC), which collected the first Australian population-based data on interpersonal disability-based discrimination.

Participants were defined as having a disability if they had a limitation, impairment or restriction in everyday activities that had lasted, or was likely to last, for a period of six months or more.

Our analysis was restricted to those ages 15-64 years of age. The Australian Bureau of Statistics reports the percentage experiencing to be 8.6 per cent for those aged 15 years and older.