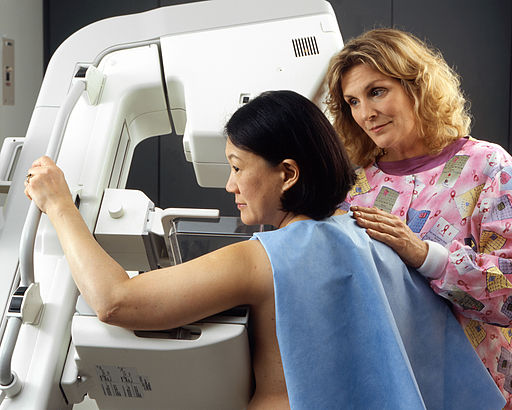 Ductal Carcinoma in Situ: the costly folly of overdiagnosis

A question which arose very early in the course of population mammographic screening for breast cancer is how to respond to the 20% of cases in which women with screen-detected cancer turn out to have ductal carcinoma in situ (DCIS), a non-invasive form of the disease whose natural history is poorly understood.

As trials of therapy for DCIS have continued at a slow pace, there has been a growing awareness of the problem of overdiagnosis in a number of areas of medicine, and of the need for the people most affected by this problem – those deciding whether to participate in screening or testing– to be fully informed.

Earlier this year, the results from three long-running trials comparing two forms of hormonal therapy to prevent DCIS recurrences or new occurrences were published along with a comment in the Lancet.  Differences in outcomes between the therapies were found but survival was not one of them because DCIS is rarely life-threatening.

In the post below, Hazel Thornton, a UK-based patient rights advocate and clinical trials consumer expert who has been personally affected by the conundrum of DCIS, says the publication of these trials, along with our growing knowledge about overdiagnosis, should prompt us to ask the bigger question of how to have a respectful conversation about population breast screening that allows truly informed decision making.

The post is timely in the lead-up to the fourth annual Preventing Overdiagnosis conference, which will be held in Barcelona in September this year, and promises a stellar line-up of speakers, including some Australians.

Sometimes I like to imagine just how much harm and expense would have been avoided if, in 1986, those considering the introduction of a National Health Service Breast Screening Programme in the UK had heeded Wilson and Jungner`s Principles of Screening, particularly that `the natural history of the condition should be well understood`.

And, what if the all important ‘dissenting voices’, described soon after by Petr Skrabanek had not been stifled? The majority view is not always right. How much closer are we, thirty years on, to understanding that enigmatic breast condition, ductal carcinoma in situ (DCIS), which is the pathology found in one out of five women diagnosed with breast cancer after a screening mammogram? What help have the trials been in enabling women and their physicians decide what to do when they`re faced with this diagnosis?

There are three quite different but inter-related documents which, coincidentally, were published within a week of each other in February 2016, that can help answer these questions. The first is an official NHS Report giving statistics for the Breast Screening Programme England for 2014-15; the second is a Comment in The Lancet linking three reports of trials of therapy for DCIS; and the third, by Australian authors, is an Analysis in the BMJ on communicating overdiagnosis.

The rise of DCIS, and dilemmas for treatment

Before the introduction of population breast screening in 1988, the incidence of DCIS was extremely low. An unforeseen consequence of screening a large cohort of asymptomatic women was that the number of women diagnosed with DCIS (a condition with various subtypes) markedly increased, to the extent that it comprised about one in five (20%) of all screen detected breast cancers. The ongoing question has been what treatment should should be offered to these unfortunate women.

At the time population screening commenced, now nearly 3 decades ago, `catching it early` was (and unfortunately still is) an appealing slogan, but the notion of women having an informed choice about whether to be screened, or providing them with balanced information so that they could decide, would have been derided: such was the general enthusiasm.

Trials were set up to try to determine how to treat this non-invasive pre-cancer, but they were understandably slow in recruiting. The trials considered recurrence rather mortality as an end-point, were underpowered, and were very slow to provide useful data since, in most cases, DCIS is not life-threatening.

In the meantime we have gathered copious data about how the UK NHS public health breast screening programme has performed year on year, thankfully recently provided by the Health and Social Care Information Centre (HSCIC) rather than by means of triumphalist glossy brochures from the NHS Breast Screening Programme itself. The latest report shows that, in 2014-2015, coverage has fallen for the fourth consecutive year: only 63.3% of women receiving their first invitation accepted, which compares to 65.8% in 2013-14 and 70.1% in 2004-05.

The improved information that women in the UK receive with their first invitation now includes mentions of harms from screening, and indicates that they have a choice whether or not to participate.  This comes as a surprise to many people, accustomed to the paternalistic persuasion of the previous two decades, urging them to `catch it early` since it could `save their life`. We now know from robust evidence that the harms are greater than any potential benefit.

We also now have updated data from the various DCIS therapy trials that have been recruiting since the early 1990s. Three research reports of trials of treatment for DCIS published in The Lancet together with the Comment by breast cancer oncologist, Professor Stephen Johnston, make depressing reading when one remembers that many participants will have been diagnosed with a condition that would not have harmed them if it had not been found by mammographic screening.

Discussing earlier studies of the use tamoxifen in women with ductal carcinoma in situ. Johnston queries:

“could 5 years of tamoxifen be a potentially harmful overtreatment for women with locally excised non-invasive ductal carcinoma in situ, especially those with small (>1cm) low-intermediate grade lesions with clear margins who already have an excellent prognosis?”

I gave my own answer to that question back in 1991 when I declined to participate in the UK randomised trial for the management of screen-detected ductal carcinoma. I was not willing to be randomised to a range of options which included 5 years of tamoxifen and/or radiotherapy to determine their effect on recurrence, but not mortality. In particular, I was not willing to damage the quality of my life by being randomised to treatments that had not been shown to improve the survival rate; caused morbidities; had potentially serious after effects; and diminished quality of life.

“important and detailed time-dependent data for quality of life and symptoms that are clinically relevant to the choice of treatment, [tamoxifen or aromatase inhibitors] especially for women with ductal carcinoma in situ who have good health and an excellent prognosis, and for whom a negative effect of therapy on various domains of mental and physical health including endocrine-related symptoms and sexual functioning could be harmful.”

Questioning whether all women with locally excised ductal carcinoma in situ should be offered adjuvant endocrine therapy, and if so, if it should be an aromatase inhibitor or tamoxifen, Johnston concludes:

“Neither trial provides any clues about which subgroup of patients with ER-positive ductal carcinoma in situ (i.e. based on grade or size) might benefit most from which drug.”

He mentions that no effect on mortality from endocrine treatment for women with DCIS will be seen in these trials because of their `better prognosis`. No gain; plenty of pain. And much wastage of time, money, and resources that could be better spent elsewhere. Not to mention numerous damaged lives.

Halting the harm of overdiagnosis

Epidemiologists, working with colleagues from many other disciplines, have also produced data that reveal the extent of harms being caused through over-detection, over-diagnosis and over-treatment. The recent paper in the BMJ reflects collaboration between multidisciplinary teams of researchers, psychologists and ethicists, to draw attention to the difficulty of communicating about overdiagnosis to patients and society in general.

The magnitude of harm inflicted on multitudes of women who have been patronised by inadequate information about the harms of breast cancer screening is considerable. Surely this problem is a societal one: one that needs to be democratically deliberated if we are to properly open up the debate to bring an end to this painful wastage. Better communication all round is quite clearly needed.

• Hazel Thornton is an Honorary Visiting Fellow at the Department of Health Sciences, University of Leicester. In 2002 she was awarded an Honorary DSc for her work as a champion of patient rights, and as the Founding Chairman of the Consumers’ Advisory Group for Clinical Trials.

PrevPreviousCalling for Just Justice for Aboriginal and Torres Strait Islander people with cognitive impairments
NextOne million reasons to change how you interact with the health care system: bookNext