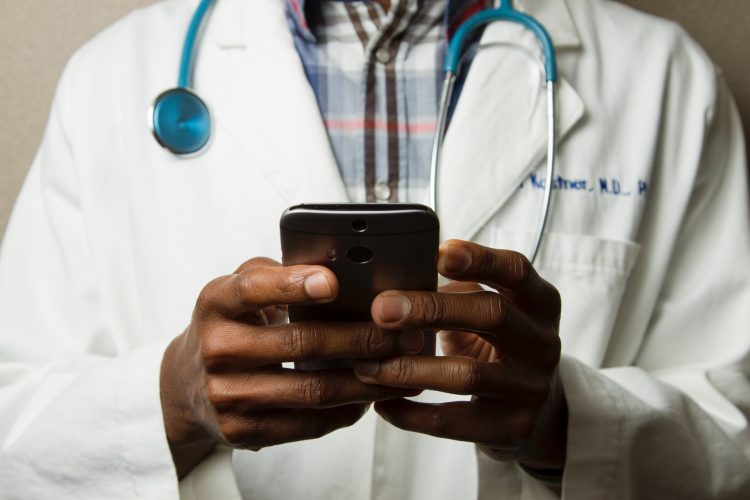 End the paternalism and top-down orders, to move forward in fighting the pandemic

Why are many front line doctors questioning the official COVID-19 responses?

Dr Andrew Miller, an anaesthetist and president of the Western Australian branch of the Australian Medical Association, has some thoughts on this, and also some suggestions for better ways forward.

The brief answer, IMHO, is that we have a serious clash of two vastly different medical cultures. Neither culture should see the other as the enemy when frustration boils up – the enemy is always the virus.

This team knows the best results come from brainstorming problems with a hive mind of connections, often online and involving international experience, respecting all inputs, rapidly iterating them and distributing resource and decision making.

All members are equal in calling out issues as they see them, and contribute ideas to solving complex problems. Evidence base is the currency for respect here.

Pandemic central command culture on the other hand is paternalistic. It operates by command via multilayered bureaucratic structures.

What it says goes and cannot be questioned as there is no process for that. Evidence is not required, as the decisions have authority. Information goes up through filters, is processed by distant experts, and decisions come back down through filters.

An excellent example of how this might look is the stockpiling [of toilet paper and other supplies]. People on the ground get frightened because they receive news from many sources. The politicians, who they do not normally ever engage with, tell them to “just stop it”.

The people do not listen because they do not respond to paternalism or respect that type of management. The politicians then start to look like frustrated Dads whose kids won’t listen to them any more.

The people are used to evaluating evidence for themselves and drawing their own conclusion. A better way to settle them would be to validate and empathise with their concern, and assuage their fear by guaranteeing food supply.

The front line doctors are used to regarding government involvement in day to day matters as a necessary evil. This may not always be true but it is often their perspective. They resist and question many government interventions, as they seldom play out well in the real world. Think pink batts.

Both cultural groups have the same intention, both are composed of very clever people, though the Chief Health Officers and Chief Medical Officer are not diverse, so lack that advantage.

Only one that I know of has significant social media presence. The same one that has displayed a more nuanced understanding of why people might stockpile in times of fear.

They are also public servants who must deliver options to elected non-expert politicians, who then make decisions at many levels. Including now a new National Cabinet.

These politicians struggle to balance scientific reality with fear about the economy and tourism. At at time when by definition no-one will be able to leave home.

The top down commands, when received on the front line, often simply cause angst and astonishment as they are from this different paternalistic culture and cause cognitive dissonance.

Then when questions are asked back up the line, the central command or a subordinate responds with “just do as you are told, we have consulted the best medical minds in the country” – which is entirely unsatisfying.

This is the worst possible alternative to a Centre for Disease Control that is independent, well connected, has a clearly articulated transparent plan, with evidence that is there for all to see. Decision making on local issues should be devolved to local clinical leaders. Too late for that now.

Front line doctors know exactly what the centralised body is doing: they are balancing risk of intervention against risk of disease load (ie $$ & panic versus deaths), then giving an output for action across a very large and highly variable system.

The model assumes things about front line readiness and capacity, based on reports from state executives and Ministers.

These assumptions are likely wrong according to the people who work in general practice, emergency departments, intensive care units. The executives feeding information up to their bosses are reluctant to report failure of delivery, but prefer a “we have plans” narrative.

Doctors, just like stockpilers, do not respect and often don’t comply with black box decisions, where they can’t evaluate the judgements about their local conditions, based on a transparent process. It is just not how we work these days, not having done so since the 1980’s.

If central command get it right, then people will fall in line, but when some of the decisions are clearly dumb – for example, “the Grand Prix is going ahead and I’m off to the footy” – and the communications and optics are terrible, the front line has the awful realisation that this is going to go badly.

That is the point at which they start to reach out for help.

The statement “we have the best doctors in the country so just cooperate”.

This is going to make us think, well they’re no doubt good, but I don’t remember the medical Olympics where they gave out those medals. Who among them is fresh from working in an ICU, ED, general practice?

What is the chance that they know more than the combined Clinical Leads of our major teaching hospitals, or the thousands of real world doctors who are discussing indepth and challenging their decisions every day online?

Do the CMOs believe it when our state Health Minister says that we are “prepared for community spread”?

When dealing with unknown exponentially spreading diseases (this one is 12 weeks old) we normally would practise an abundance of caution, more-so when carnage is evident overseas.

Many of the decisions so far seem based rather on care and concern for “avoiding panic” and “protecting the economy”.

To front line doctors it seems self-evident that both these aims are better served with transparency, collaboration and fixing the disease as top priority.

It is only a bias to optimism that fools politicians into thinking it won’t be as bad as we know it will be. They are “protecting the economy” based on the fallacy that this may not turn out as bad as doctors think. This will likely damage the economy more, ultimately, if deaths are, as expected now, massive and as a result of system failure.

Multiple repeated mistakes have been made in communicating testing, isolation, travel and personal isolation requirements.

COVID clinics have been slow to deliver and suffered from lack of tests, which seems inexplicable given that other countries seem to run very successful large testing regimes. These are essential to trace and control cases and actually understand community spread.

Politicians have attacked doctors, patients and made patently wrong clinical claims prominently in the media.

Command and control was rejected in modern clinical medical practice long ago.

Far better to be transparent now about all the facts, all the assumptions, involve working front line staff in a collaborative decision making process, and get the politicians out of the room.

The decision makers should have professionally moderated online access in Whatsapp to every doctor, subdivided into appropriate groups to provide real feedback.

Then listen to the front line in an iterative way and adjust. Make the communications tight and two-way. This is how the Hong Kong civil resistance organised itself from the ground up with no commanders.

Distribute resources and decision making direct to front line, and bypass the command line which is incredibly inefficient.

Allow local innovators to use their incredible brains to work out problems central command has not even contemplated. They will then spread word as to what works online. They are doing this already but if unfettered in decision making, they could save many lives.

Doctors on the front line can contribute also by being respectful to the central command, and politicians; it is not their fault that they have a different culture at this time.

It is a problem of structure not personal failing. Avoiding conflating the people with the problem.

Displaying empathy, understanding and willingness to collaborate from both sides can take us forward together over the next few weeks. And hopefully save some lives.

• This article was first published on 21 March at the author’s site and is cross-posted here with permission.

PrevPreviousPlease join us for #SAHeapsUnfair Twitter Festival on 27 March
NextAt a time of pandemic threat, where is the national leadership on prisons?Next