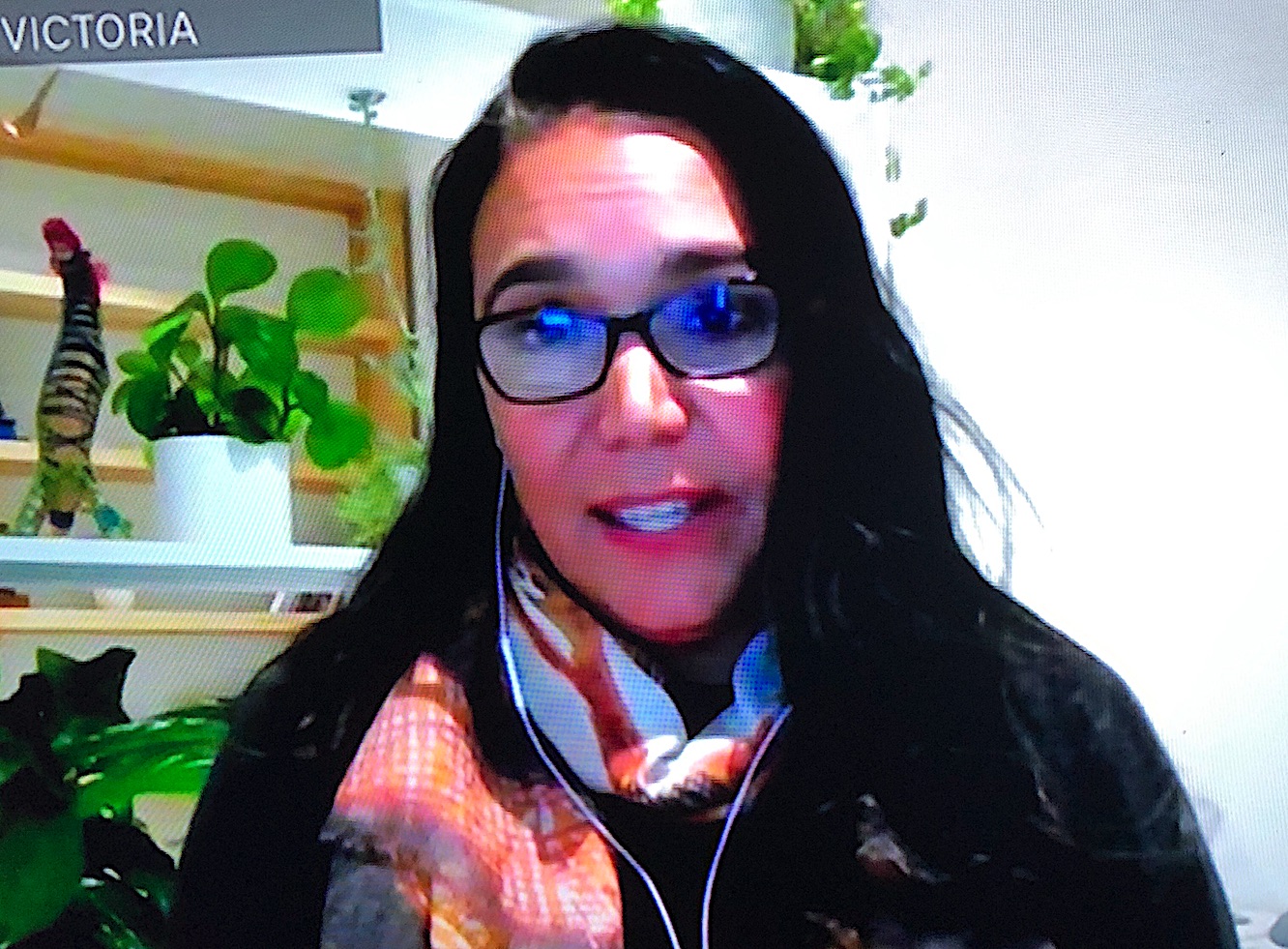 NAIDOC Week is one of my favourite times of the year. It is extra special this year with many of us reuniting and celebrating loud and proud after two years of not seeing each other.

Over the decades, NAIDOC Week has grown to be a massive week of recognition and celebration, but this wasn’t always the case.

When I grew up, my history and culture was presented to me as something that was only found in a museum — that it was in the past or lost, as opposed to taken.

When I was at school I was learning about the ‘white explorers’ who discovered what we now call Australia, rather than the complex ways of knowing, being and doing that have allowed my peoples to survive as the world’s oldest living continuous culture.

NAIDOC Week can’t just be a tick box, where people invite us in for one week of the year, listen, take some notes, and then go back to business as usual.

We need to celebrate and take pride in our First Nations peoples every day of the week and to examine our role in continuing injustice and inequity.

And to me, this year’s NAIDOC theme encapsulates this idea.

My people already have a proud history of getting up, standing up, and showing up. From our Aboriginal and Torres Strait Islander health workers who fight everyday for improved care, our Grannies fighting for our kids in out-of-home care, to our activists who scream for justice and remind us of the toll. Just to name a few.

We have been seeking to make change since the first days of colonisation. As an Elder at the NAIDOC flag-raising event on Naarm reminded us, Aboriginal and Torres Strait Islander peoples have been long told ‘Sit down, and shut up, or be locked up!’

So I see this year’s NAIDOC theme as a call to action to non-Indigenous people, to the broader community and to the institutions and organisations that we work with and within.

A call to create environments where racism is actively dealt with and prevented.

Where governance at all levels privileges Indigenous leadership – and not just by putting an Indigenous person on a reference group.

We need authentic involvement. True allyship. And a clear focus on those three NAIDOC Week calls to action. 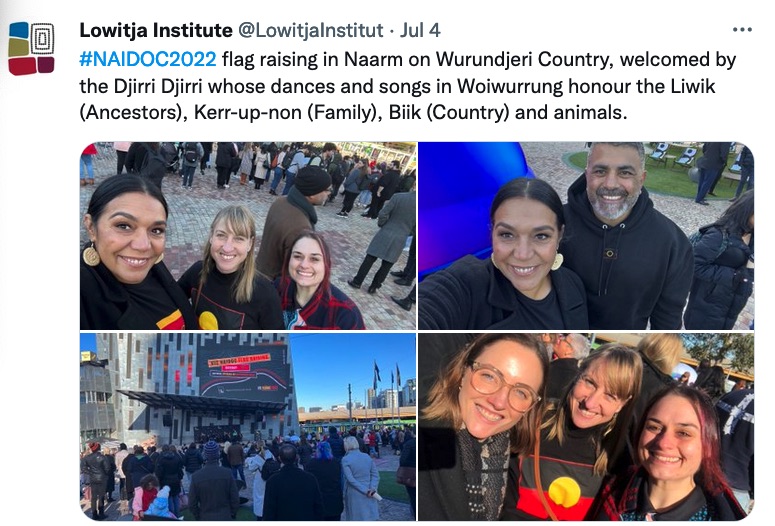 For me, when my mum told me to get up, it was to stop being lazy, get up off the couch, do it yourself – to do the work.

This is the challenge to non-Indigenous people to educate themselves.

To begin the journey, to learn.

“Nurses make value judgements about their clients – whether they intend to or not – and these judgements invariably influence the ways in which they deliver patient care.”

Whether they intend to or not, people make value judgements … from the stories that they have heard, from the truths they believe.

Many of us have heard from service providers that they were hesitant to ask people the Indigenous identification question because either ‘they don’t look Aboriginal’ or they didn’t want to offend people.

What does it say about service providers if they think it is offensive to be called Indigenous?

What does it say about a health professional if they think they can tell if someone is Indigenous simply by looking at them?

What is the message being sent to us about who we are?

This comes from the stories we are told.

Again, when my mum would tell me to stand up, she had noticed me trying to make myself small, trying to shrink away.

She wanted me to stand tall, to be brave, which of course gives other people permission to stand up.

For me I don’t expect people to walk over to the person responsible for the racist remarks or behaviour and to take them on.

But I do expect my allies to be active witnesses: to come to me and say, ‘I saw that.’ To stand with me.

Whether it’s the shop security guard who follows me and my kids around the shop and asks to see our receipts, but not those of others …

Often in those moments I am looking for an ally to step into the discomfort that I’m already in, to tell me my truth is real, to say ‘I saw that, is there anything I can do?’

Because so often our experiences are denied to us, we’re told ‘they didn’t mean it like that’.

And of course, it’s about seeing what is not there — what is invisible and normalised. The absence of us and ‘you should be more like us normal’.

And that’s where cultural safety comes in.

The work of Dr Irihapeti Ramsden – New Zealand Māori nurse, anthropologist and writer –helped me unpack dominant culture and the virus called racism, and how it’s handed down from generation to generation, deeply embedded into the Australian psyche.

The first step to true allyship is cultural safety, at both an individual and organisational level.

Cultural safety is not cultural awareness, where you focus on improving your knowledge about Aboriginal and Torres Strait Islander Australians where the gaze is outwards.

With cultural safety, the gaze is inwards.

It’s about critical self-reflection and developing a deep understanding of racism.

When learning cultural safety, non-Indigenous people are asked to critically examine themselves — their worldviews, assumptions and beliefs and the true history of this country.

You will know when a culturally safe environment has been created when we report that:

The final NAIDOC Week call is for people to Show Up, in the tough times, in the everyday – not just during NAIDOC Week.

To be there for the long haul, listening and advocating.

This is a lifelong journey and, like any skill in life, mistakes will be made. But it’s about how you respond in tough times; that’s where we grow.

The Lowitja Institute has been proud to produce the last four Close the Gap reports.

This year’s report titled: Transforming Power: Voices for Generational Change highlights allyship, and I encourage you to read it.

For me, allyship is not about leaving it up to us to do the hard work in transforming power and bringing about justice and equity.

It is important to remember that Aboriginal and Torres Strait Islander peoples make up just three percent of people living in Australia.

We need the other 97 percent with us on this journey towards equity and justice, to know (or to ask!) when to stand up, and when to step back.

We must work together if we are to seek generational change for Australia, to close the gap that holds us back as a nation.

We have the chance to make history with the implementation of the Uluru Statement from The Heart.

It was sidelined for five long years by governments.

But now there is new hope.

It is a truly beautiful document – a poem, a song, and a manifesto.

It speaks powerfully about our shockingly high levels of incarceration, youth detention and child removal, saying:

These dimensions of our crisis tell plainly the structural nature of our problem.

This is the torment of our powerlessness.

For me, what makes a good ally is someone who can alleviate that torment, who can understand what has made us powerless and who is prepared to lose or use their own power, to open the doors, in order for us to assert ours.

When I think about the allies who have come with us on this journey and what they had in common, I think of two almost opposing traits – humility and courage.

So, I urge you to bravely step out of your comfort zone, and into allyship.

Don’t be afraid of getting it wrong, but humbly admit what you don’t know. Be led by us.

Show courage in your discomfort as you get up, stand up and show up, and walk with us, as allies.

This is an edited extract of two NAIDOC Week speeches delivered by Adjunct Professor Janine Mohamed, University of South Australia; Distinguished Fellow, The George Institute for Global Health and CEO of the Lowitja Institute. 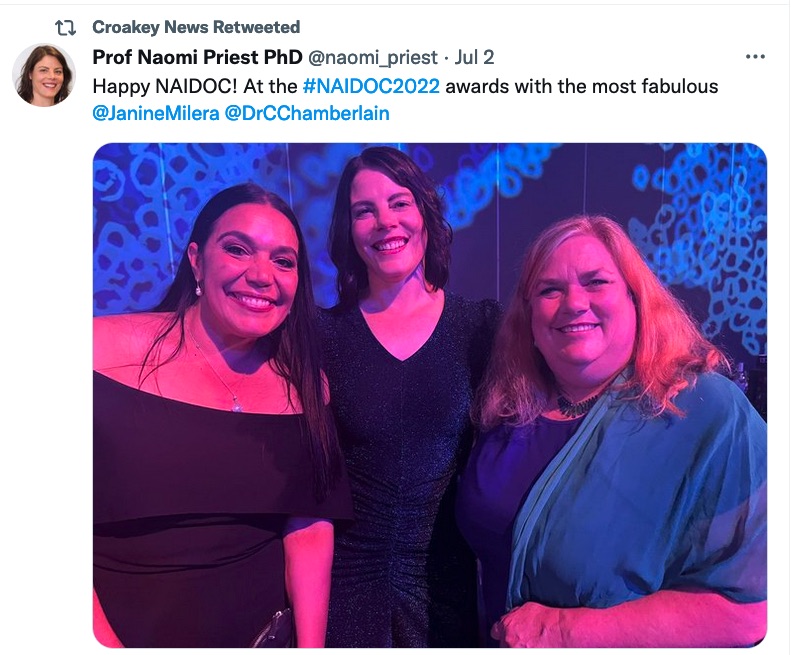