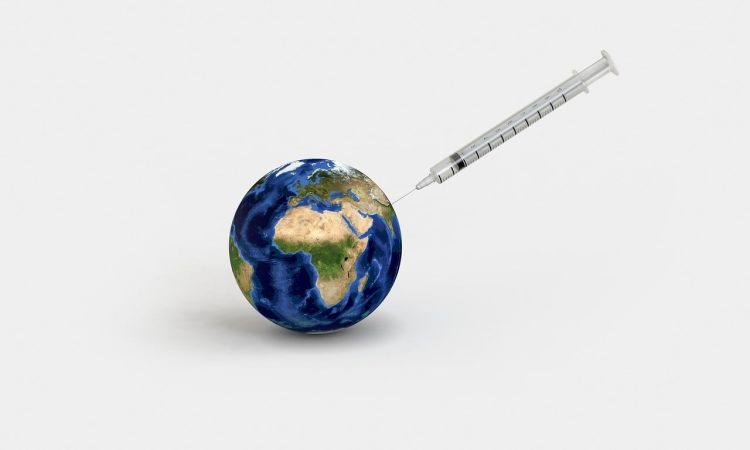 Australia has come a long way in improving the vaccination rates of our children but children living in many other countries are not as lucky.

In the following piece Leila Stennett, the Campaigns Director at RESULTS International (Australia) outlines the progress that has been made on the WHOs Global Vaccine Action Plan (GVAP) since its inception in 2012.

She also highlights Australia’s important leadership role in the Asia-Pacific region and identifies some of the most important challenges that need to be addressed to meet the GVAP’s goal of universal coverage by  key vaccines.

When we debate the value and safety of immunisation of children in Australia, a powerful point in favour of vaccination is that diseases such as polio, measles and mumps have disappeared in Australia and many other countries due to the success of earlier vaccination campaigns.

In the last 25 years, we have also seen substantial progress across the world in increasing vaccination rates and reducing cases and deaths for deadly diseases, as governments and multilateral agencies have made reaching all children with vaccines an increased priority.

As we mark World Immunisation Week this week, we also need to be frank about how far we have to go to achieve the goal of universal coverage by key vaccines.

The progress, or lack of it, in introducing vaccines and making them widely available matters because:

In 2017, we are at the halfway point in implementing the Global Vaccine Action Plan (GVAP), which the 194 Member States of the World Health Organization endorsed in 2012.  GVAP aims to prevent millions of deaths from vaccine-preventable diseases by 2020 through universal access to immunisation.

Progress in the coverage of some vaccines over the past decade has been impressive, with 86% of children globally now receiving basic vaccinations.  This still means that 19.4 million children under the age of one – or one in seven – are excluded from basic immunisation.

Despite improvements in individual countries and a strong global rate of new vaccine introduction, all the targets for disease elimination—including measles, rubella, and maternal and neonatal tetanus—are behind schedule.

In the regions in which Australia provides most of its development assistance, South-East Asia and the Western Pacific, we have a mixed picture on vaccine progress.  In the Western Pacific, coverage by the combined diphtheria, tetanus and pertussis vaccine (DTP3) is above 90% (the GVAP target) but has declined slightly since 2010.

In South-East Asia, coverage by the DTP3 vaccine has increased slowly, but remains at 85%, below the GVAP target.  Since 2010, Afghanistan, Timor Leste and Papua-New Guinea have all increased DTP3 coverage significantly, while in Indonesia, the Philippines, Pakistan, Tonga and Vanuatu coverage has been flat or declining.

The adoption of new vaccines in the Asia-Pacific has also been patchy, with most countries only implementing pilot programs to introduce the HPV vaccine which protects against cervical cancer.

This is despite the fact that  incidence and death rates for women with cervical cancer are relatively high, and countries in the region would obtain significant benefits from inclusion of HPV in national vaccination programs.

Given the inconsistent progress towards achieving the GVAP goals, renewed priority and financial commitment by both national governments and international development agencies are essential to accelerate equitable and sustainable immunisation progress.

Two issues which all countries need to address to accelerate vaccination progress are:

Australia has an important role as a significant provider of assistance to the Asia-Pacific region, a Board member of Gavi, the Vaccine Alliance and a member of the World Health Assembly, to provide funding and advocacy for action to accelerate progress towards the GVAP goals.

Prior to the World Health Assembly next month, Australia is providing leadership by co-sponsoring a resolution on progress towards reaching the GVAP goals.  World Health Organization member states are negotiating the wording of this resolution now, but earlier draft versions suggest it needs to be stronger in the following areas:

The Minister for Health, The Hon. Greg Hunt, has taken leadership on ensuring Australia maintains high domestic vaccination rates, and now we need him to show similar leadership on international vaccination goals at the forthcoming World Health Assembly.

Leila Stennett is the Campaigns Director at RESULTS International (Australia) and a member of the Gavi CSO Steering Committee.